The Ultimate Architecture Guide to Budapest 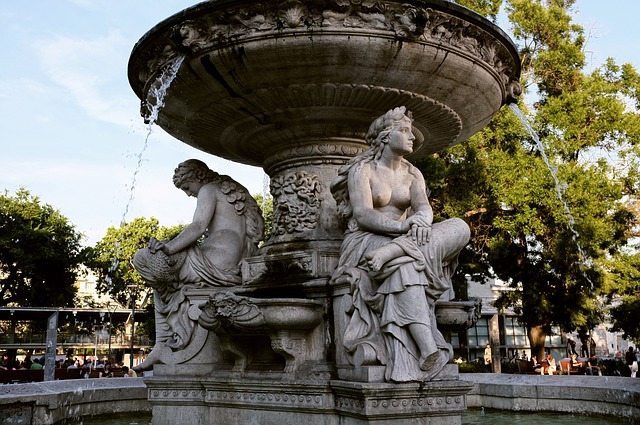 *This is a guest post by Marteen of Lust for the World.

Budapest is the world’s melting pot of Architectural styles. From Roman amphitheaters and Gothic-styled cathedrals to traditional Turkish baths, Budapest has it all. Since the city is fairly large and diverse, we’ve put together a list of our favorite architectural treasures to see in Budapest. 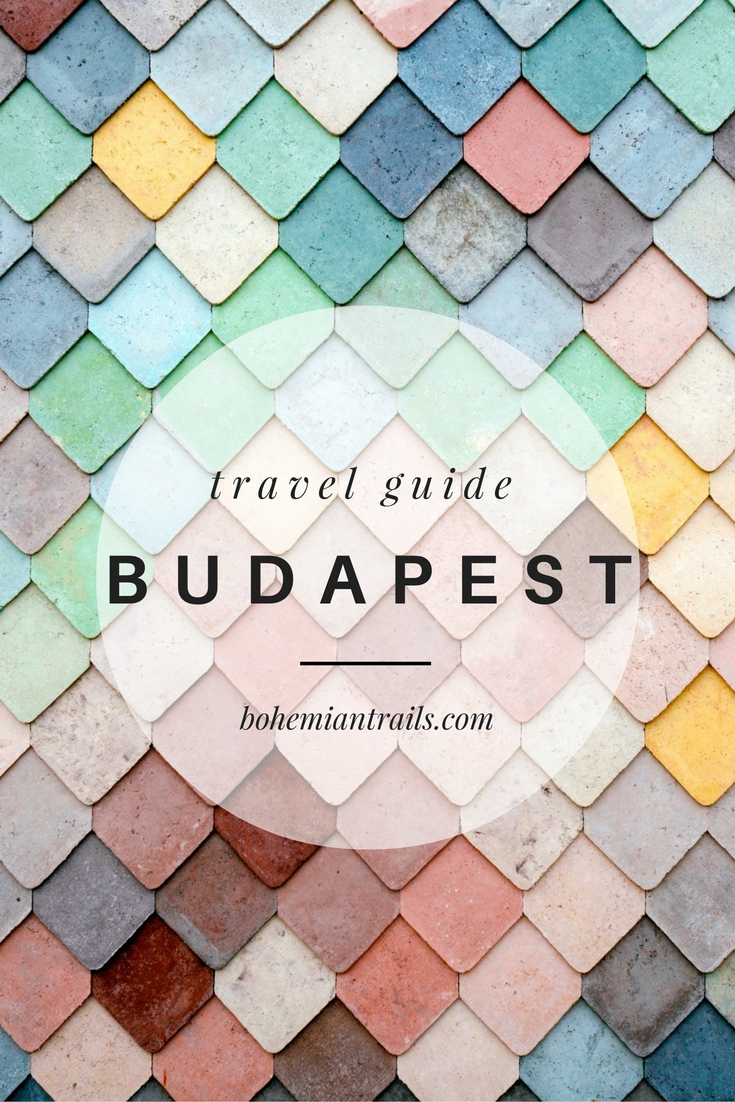 1) Start off at the infamous Parliament Building

Visit Hungary’s Parliament Building to appreciate the Neo Gothic architecture glistening in the sunlight and to gaze over the Hungarian Crown Jewels. The Parliament building is the largest building in Hungary, and the tallest in Budapest. When entering the building (EU citizens get in free), visitors can walk up the decorative stairs and view the intricate ceiling murals.

After leaving the Parliament building, continue onto the Classicist style Chain Bridge, the first bridge to connect Buda and Pest and a symbol of national awakening. From here you can also grab great views of the Parliament Building and the Danube.

3) Hike up to historic Castle Hill

You can tell that Castle Hill has had quite a past by viewing all of the different building structures, from Gothic arches to 18th Century Baroque houses and cobblestone streets. Castle hill has many must-see attractions and is recognized as a World Heritage Site. From here, you can enjoy striking panoramic views of Budapest and of course see the Buda Castle itself. Several festivals and events are held at Buda Castle during the year, including a beer festival, folk art festival and an international wine festival. 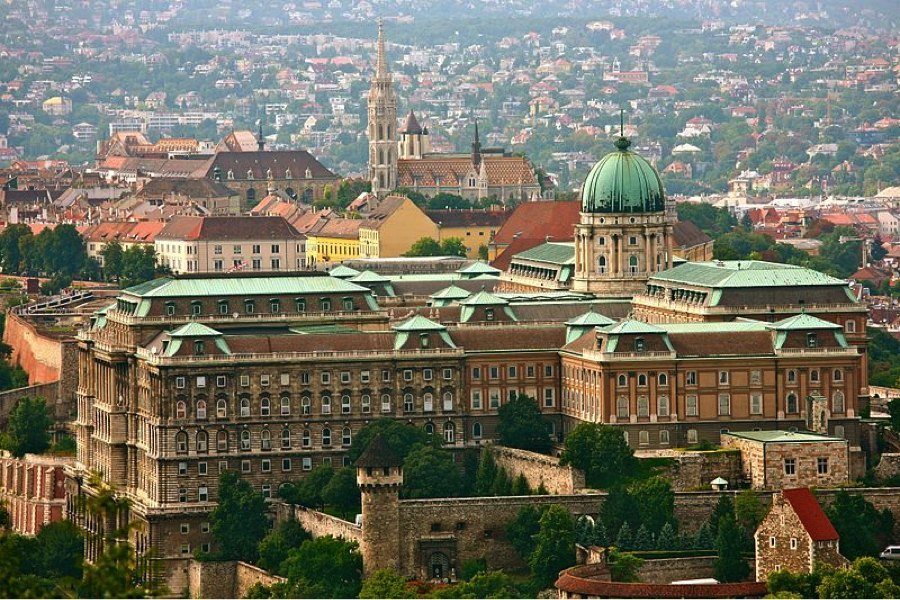 St. Stephens is the largest church in Budapest and offers free entrance. The dome is 96 meters high, and the inside is adorned by famous artists of the era. Don’t forget to take the 364 steps (or the elevators) to the dome’s observation deck. 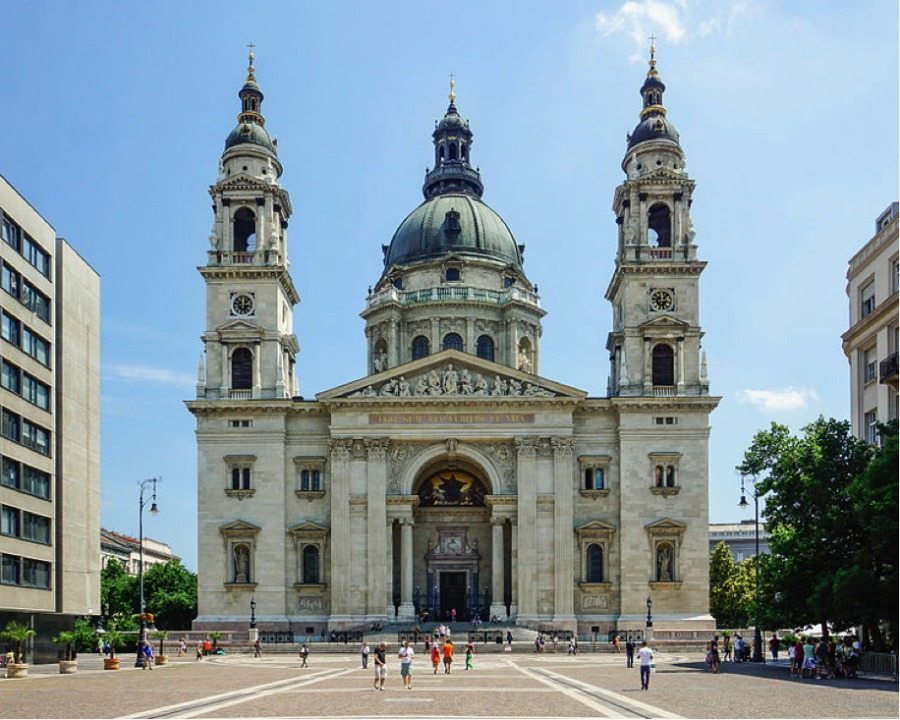 5) Relax Among the Turkish Architecture at Rudas Baths

Many mosques and baths were built in Buda throughout the Turkish occupation. Budapest is actually one of the only places in the world with working original bathhouses dating back to the 16th century. The baths in Budapest are well known for their “healing powers” and are fed from natural thermal springs.

6) See Baroque-style at its finest

Head to the most popular bathhouse in Budapest, the Szechenyi baths, to catch a glance of Baroque-style architecture. For a more interesting experience, visit during one of their legendary bath parties, hosted every Saturday night. 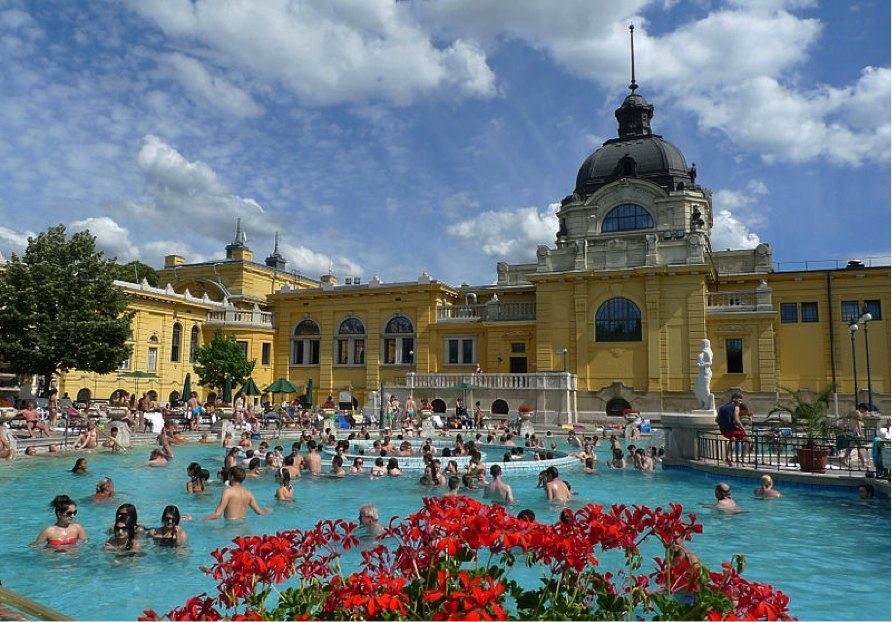 7) Be Swooned by the Great Synagogue on Dohány Street

The Great Synagogue in Budapest is the largest Synagogue in Europe (and one of the largest in the world). The Synagogue is Moorish Revival, but also features a mixture of Romantic, Byzantine and Gothic elements. The interior is richly decorated, featuring colored golden geometric shapes that cover the walls and ceiling.

From the mosaic floors and walls to the stained glass windows, it’s no wonder Gallert Baths are the most photographed baths in Budapest. A large blue spa is surrounded by cream colored pillars and dainty balconies. 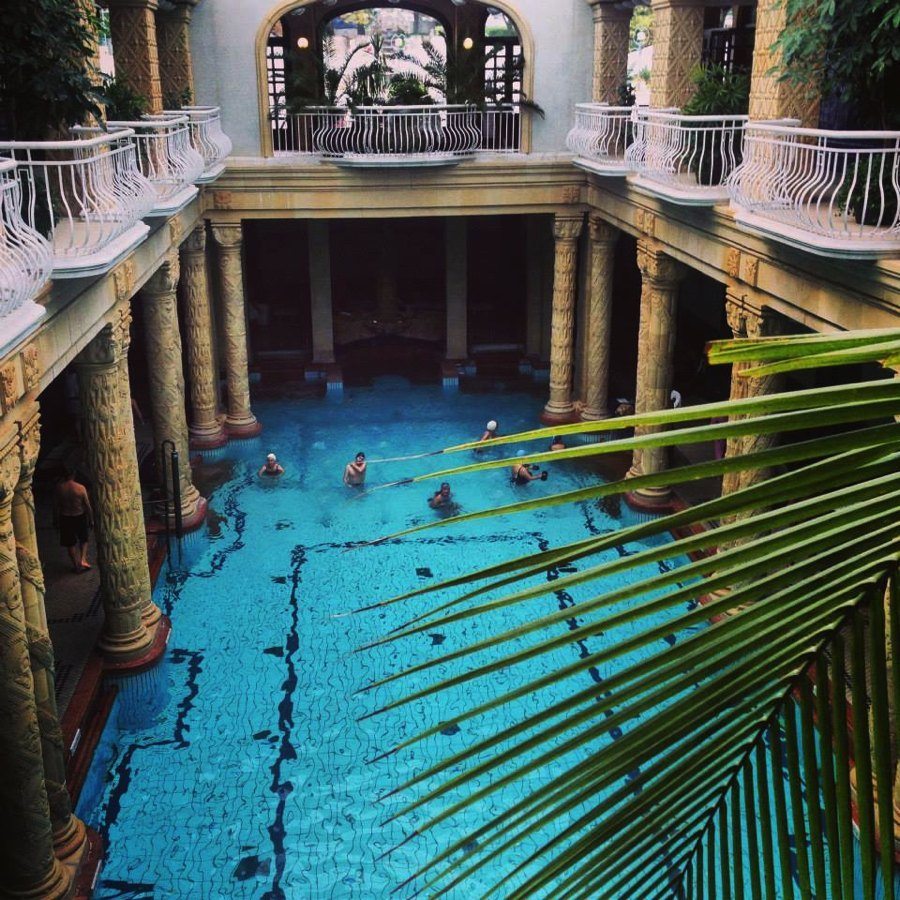 The Vajdahunyad Castle is an architectural medley with Romanesque, Gothic, Rennaissance and Baroque parts. Vajdahunyad is an imitation of a Transylvanian castle and was built to demonstrate the countless architectural styles found in Hungary. The castle also hosts an outdoor market with food and live music that occurs daily.

10) Visit one of Budapest’s ruin pubs, which I like to call New Wave architecture

Ruin pubs are becoming one of the hottest spots to drink in Budapest and are centered in formerly abandoned buildings. You will usually find live music, interesting retro décor, and a unique atmosphere.

If you’re an architecture junkie, you may also want to check out Budapest 100, an annual celebration of 100-year old buildings in the city.

Marteen is a twenty something blogger who struggles with traveling as much as possible while also working a 9-5. She has experienced the World Cup in Spain, bungee jumped into the jungle floor in Costa Rica, blacked out on a park bench in Prague, and has had a panic attack 100ft under water on the Vandenburg wreck. Eager to explore the world and capture new experiences, her blog Lust For The World will attempt to document and share these moments.