Traditional and Modern Influences in Kyoto 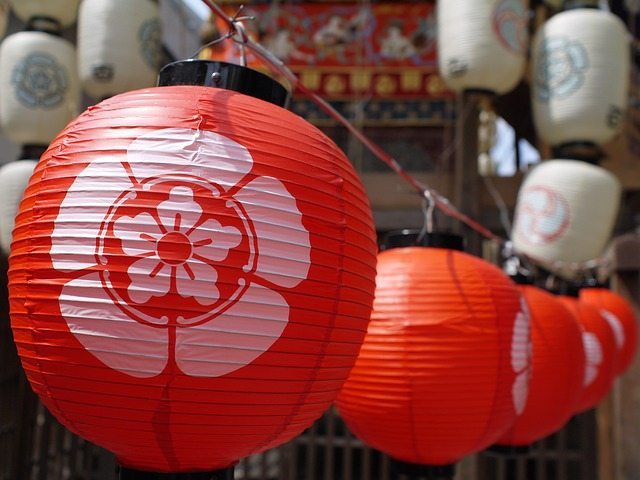 Kyoto is often considered a traditional city, particularly because there are so many temples and places of worship. While that’s certainly true in many aspects, I also found it to be very modern and full of creative people doing innovative things. Here are three cultural activities that I recommend for any savvy and stylish traveler…and even if you’re not necessarily seeking these off-the-beaten path attractions, these ideas will give you a glimpse into the local culture. 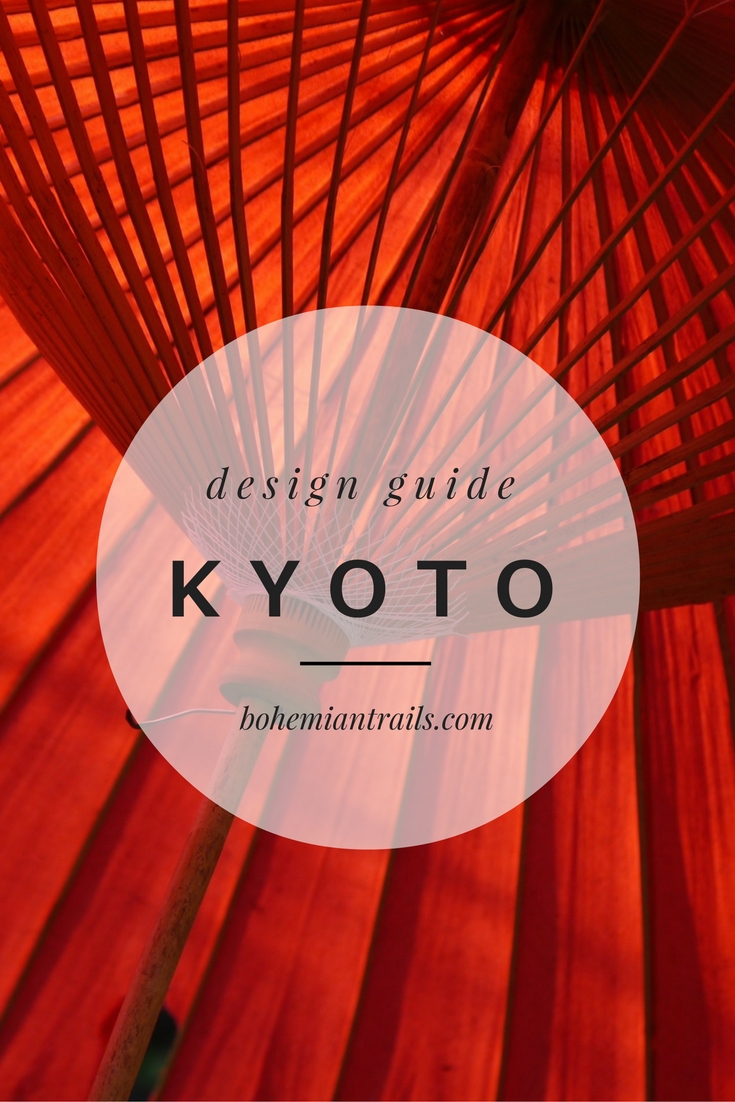 Visiting HOSOO was the very fist thing I did in Kyoto and if I hadn’t heard about it from another journalist, I probably would have skipped it entirely. For one thing, it’s not located in the city center but rather in the Nishijin District, a neighborhood characteristically known for its weaving and textile history. I had a meeting with Mr. Hosoo and since I was running late I decided to take a taxi, knowing that my sense of direction in a new city is never too accurate. Upon arriving, I immediately noticed the old style architecture of the houses. It’s also much quieter in this area and it feels more residential than the hustle and bustle of Kyoto Station.

Founded in 1688, Hosoo is a Kyoto-based textile company specializing in high-end interior design and fashion. Their headquarters are in Kyoto but they’ve partnered with global brands like Dior and Chanel so you might have already seen their work. As modern as they may seem, I was surprised to learn that the company actually traces back to the Kyoto silk industry  in the sixth century. 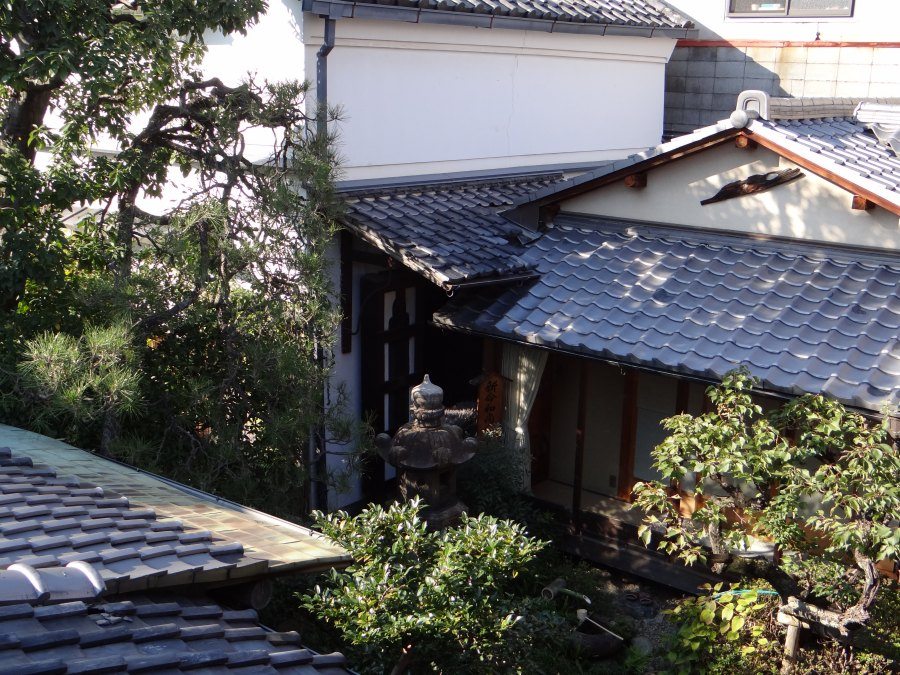 On this particular afternoon the Hosoo team was prepping for a gallery reception that night where they would unveil their latest collection. I had a chance to see all of the items up close and let’s just say that I quickly became obsessed with the concept. Basically, each artist contributed furniture and decorative pieces to the space.

The artists featured are all part of Japan Handmade, a cooperative of Kyoto-based craft artists. They have a playful approach to traditional Japanese crafts and are constantly breaking boundaries through their work while keeping with the beauty of Japanese design aesthetics. They also teamed up with Oeo, a Danish design studio, to bring their vision to life. The collection includes pieces made from ceramics, metal-knitting, wood and bamboo.

What’s really fascinating is that even though many of these designers are young, they learned their trade from someone in their family so in many cases, these skills have been passed down from generation to generation. Although the technique and materials may be traditional, the designs feel so modern and very cutting-edge. Their techniques are 1,000 years old but their products are geared toward a global audience. 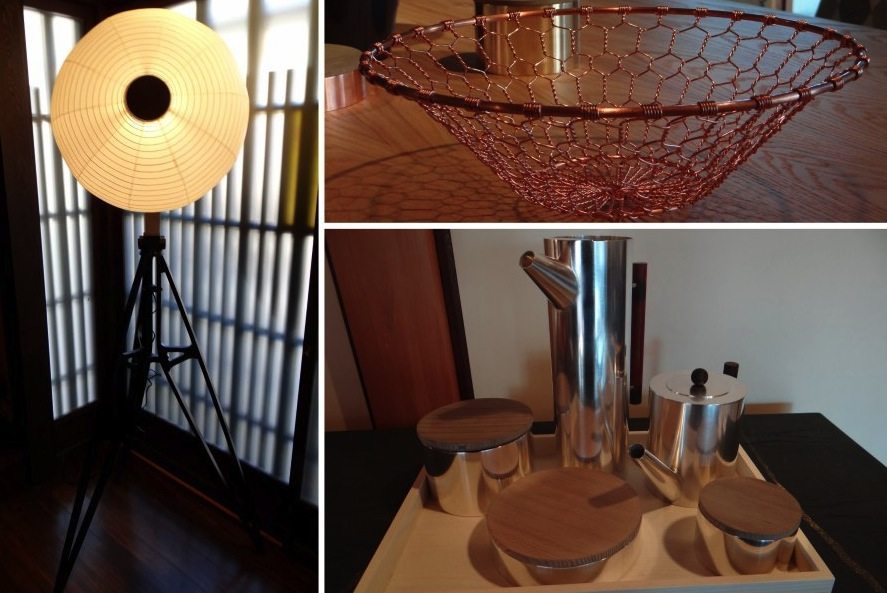 Before leaving Hosoo, I had the chance to go behind the scenes to see where they make their kimonos. The machines were so impressive but I was more interested in touching the soft fabrics scattered around the room. Hosoo fabrics are developed using premium materials like silk and wash paper and everything is manufactured right here in their workshop. The end-result is a design that stays true to the Japanese three-dimensional weaving technique but one that also showcases a more contemporary and international style.

If you’re interested in visiting the showroom during your trip, they recommend you making an appointment ahead of time just so they are aware of your visit. Their website is super informative and in English so don’t hesitate to reach out to them. To see more design spaces, keep an eye on Beyond Kyoto. Their luxury tour packages have not officially launched yet but they will feature visits to several artisan studios in addition to other unique experiences like an excursion to a tea plantation and a private Zen meditation session and Michelin-star restaurants for dinner. 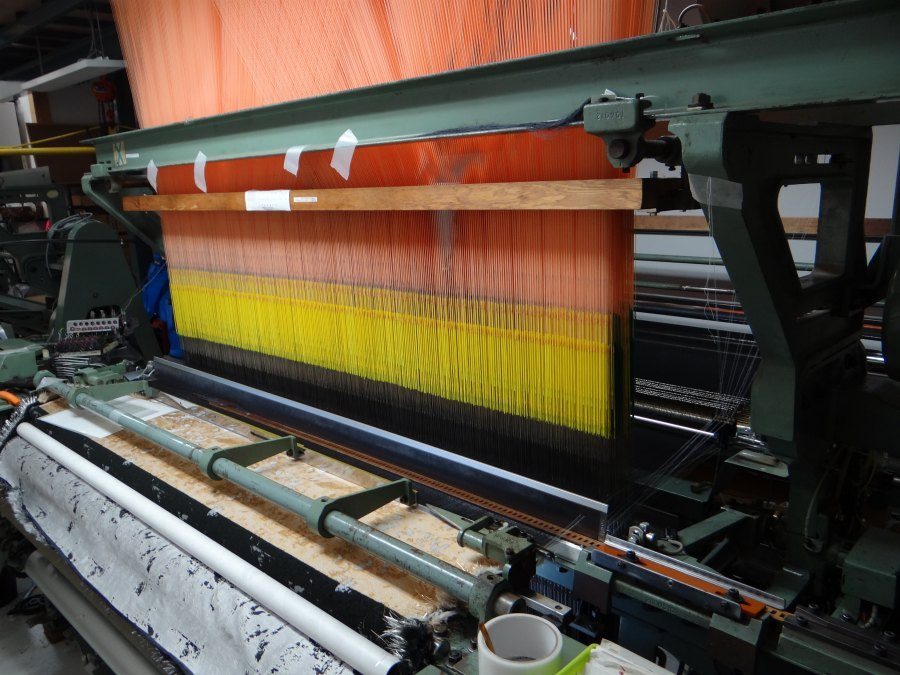 After visiting Hosoo, I stopped by the Nishijin Textile Center and within five minutes of being there, a live Kimono fashion show took place. It was so exciting to see how the seasonal elements of fall influenced the kimono designs and apart from the music and backdrop, the show felt just as fashion-forward as many of the shows I’ve seen during New York Fashion Week. What I liked about this textile center is that it allows tourists to learn about the art of kimono making in a free and interactive way.

If you go upstairs you can either souvenir shop or watch local weavers in action. I happened to visit on a day that was not crowded but I’m sure this place does fill up pretty fast during high season. However, it was one of the highlights of my trip and I left with a deeper appreciation for Kyoto art and tradition. Hosoo is less than a five minute walk from the Nishijin Textile Center so you can easily do both in one afternoon. 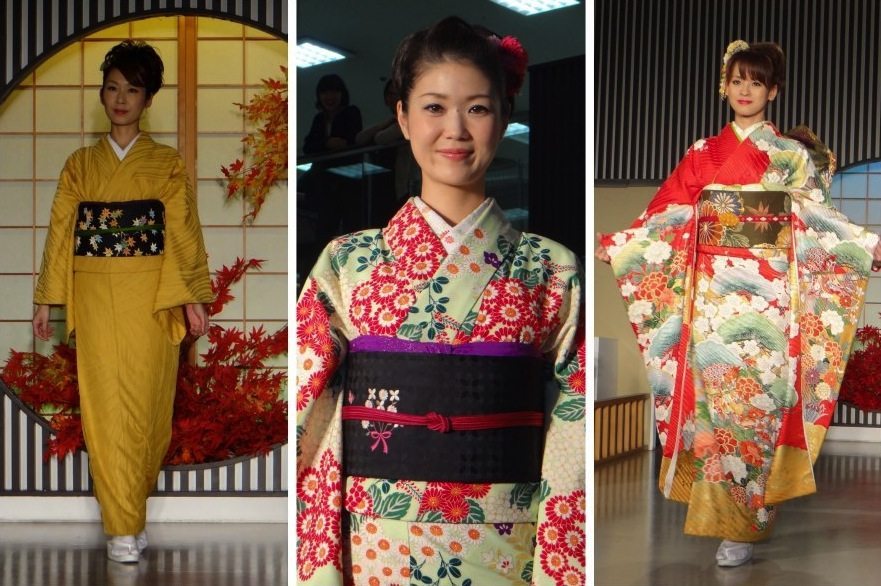 Unlike my journey to Hosoo, I took a public bus to Matsui Brewing during rush hour and I nearly missed my appointment altogether. From the outside, the space looks like a house rather than a sake brewery and store but then again, I wasn’t really sure what I was supposed to look for. Shortly upon arriving, the owner Matsui-san, took me behind the store to where he actually brews the sake. I climbed a small ladder to the top of the barrel and for the first time ever, I saw sake taking form.

I’ve taken tours of a couple vineyards before but I’ve never been able to get close enough to really understand how the whole process works. Matsui spoke perfect English and was genuinely excited by all of my questions. He also said that anyone can take a look at his brewery so if you are in town, don’t be afraid to ask.

When we went back to the store, it was time to sample a few different types. All are local and all are delicious, I promise! If I wasn’t planning to take my suitcase as a carryon, I would have had a shopping spree in here. The brewery tends to have a mixed clientele and that’s mainly because it’s located in a residential area but also quite close to the university. If you’re planning a day of sight-seeing, Matsui is about a ten or fifteen minute walk from the Imperial Palace. 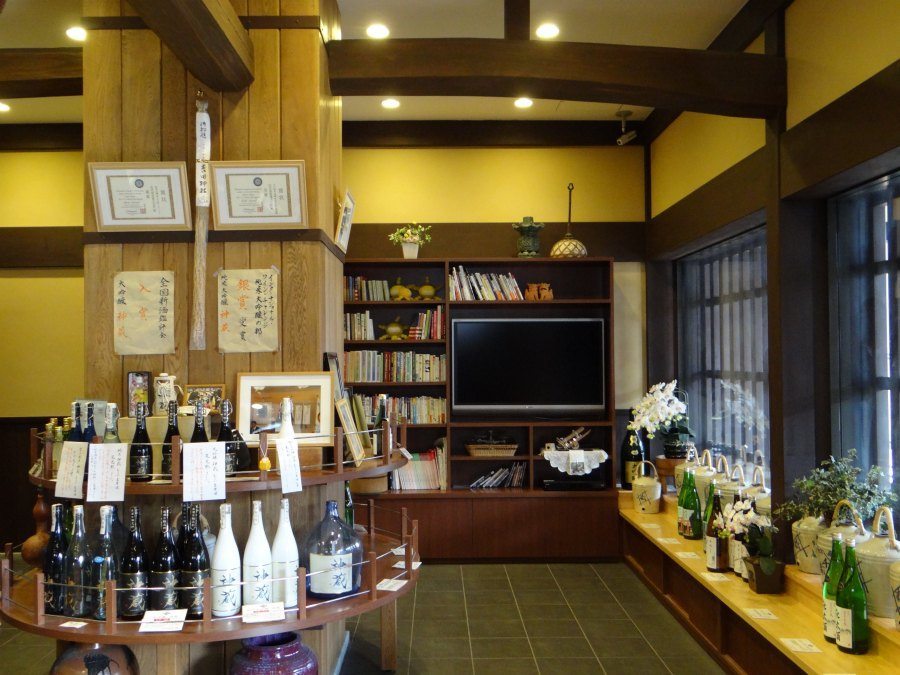 There are two main reasons why I found this brewery extremely unique. Firstly, this water you see in the photo below is from the local water source. Sure, this is hardly revolutionary but I really appreciate that he is making use of his surroundings and thinking about the environment. Furthermore, 60-78% of energy used is solar energy and he even has a machine that keeps track of the measurements. It was also one of the last things he mentioned to me and only after he saw me aimlessly wandering around the shop. 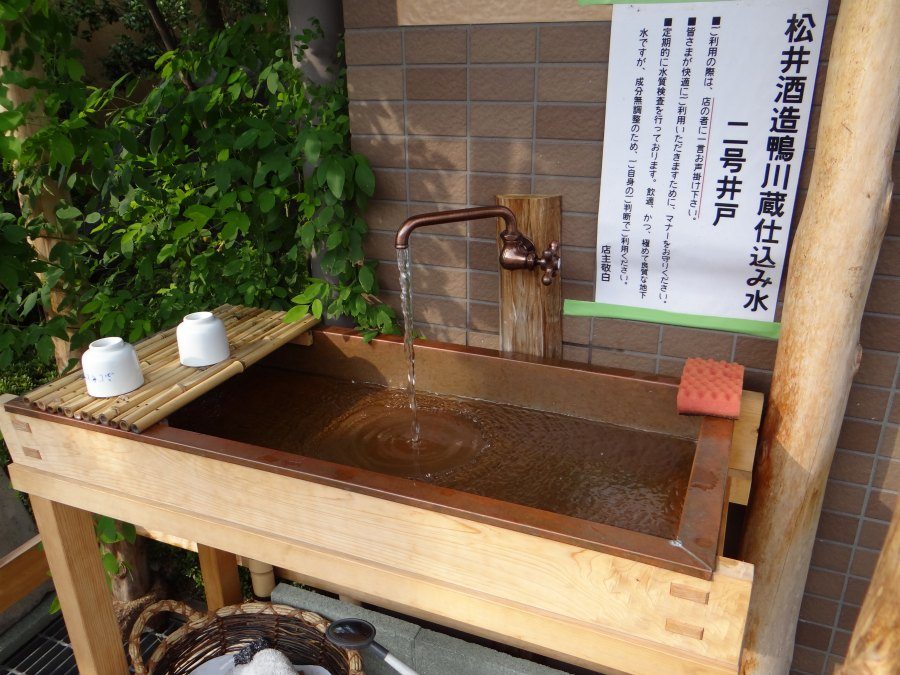 What’s the most innovative city you’ve visited? Tell me in the comments below!

This trip was hosted by the Kyoto Convention Bureau. All opinions are my own.