How to Tour Quito in 3 Days 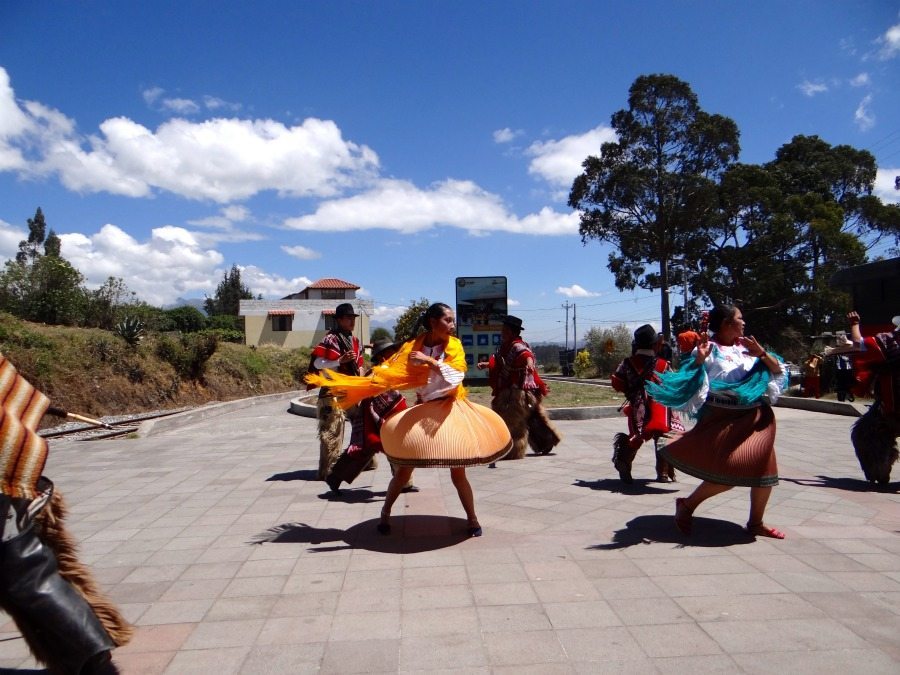 I spent four days in Quito and while I could have easily stayed another few more, it’s very possible to tour the city in three days (two if you’re really fast). I didn’t pack too much into each day because from my experience, this just leads to frustration if I don’t check all the items off my list. At the end of this post I’ve suggested a few more activities for different interests. In general, I suggest exploring a few of Quito’s neighborhoods because they vary in terms of architectural styles. For history and culture, visit the Old Town and for nightlife and shopping head to Plaza Foch. 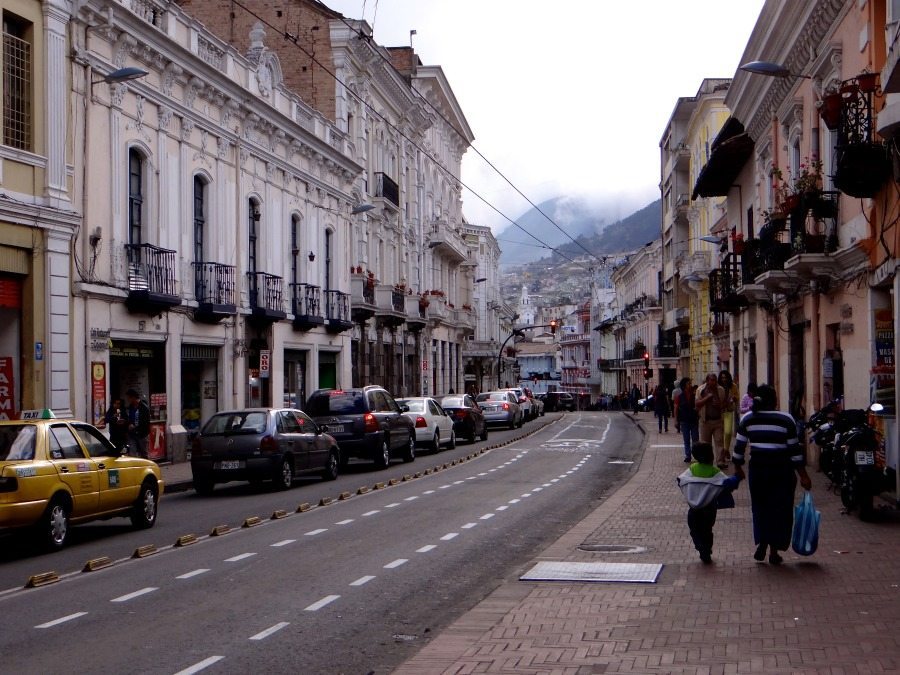 Day 1: Get your bearings and your view

Explore Old Town and La Ronda neighborhood: The Old Town is one of the best examples of colonial architecture and it really shows. The buildings are well-preserved yet hardly-altered from their original state and they are very colorful side by side. In my case, I stayed at La Casona de la Ronda so I had easy access to the historic Old Town. Even if you’re staying at a hotel or hostel in the north of the city, make sure to spend at least an afternoon wandering through the hidden alleyways and romantic cobbled streets that make you question what century you’re living in. I also really like Calle de la Ronda and the surrounding streets because there are some very talented local artisans who sell traditional and handmade crafts. Oh, and there’s also a chocolatier.

Visit some of Quito’s most decadent churches: There are A LOT of churches in Quito but my favorites are the San Francisco Church and La Compañía de Jesús Church. Most Ecuadorians are Catholic so it makes sense that there are so many churches but is it really fair that they are all decked out in gold and jewels? I’d love more of that in the states. Anyway, San Francisco Church dates back to the 16th century and the outside Plaza de San Francisco is bustling with locals and tourists alike. Try to see La Compañía de Jesús Church when it first opens in the morning, as it’s a very serene experience. According to my guide, there is a quarter ton (or 15-20 kilograms) of gold inside. I haven’t done the math but that sounds like a lot. Take your time looking at the intricate wood carvings, the high-ceiling domes and the colorful paintings. Fun fact: the facade is carved from volcanic stone.

Relax in Independence Square: At this point you’ll probably be overwhelmed by both history and culture (in a good way!) that you’ll need a breather. Stop by Plaza de la Independencia, also called Plaza Grande, and take in the view. The monument to the independence of August 10, 1809 stands in the center of the square and towers above the surrounding buildings. To find Independence Square, go to the corners of Calle Venezuela, Calle Chile, Calle Gabriel García Moreno and the pedestrian area of Calle Eugenio Espejo. 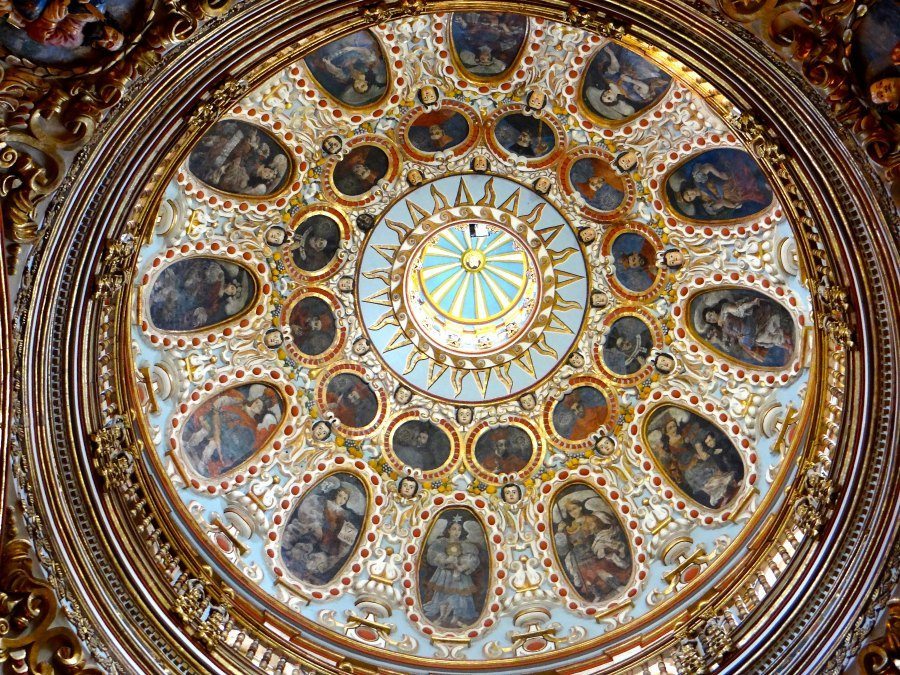 Day 2: Tend to your bucket list and then some

The Middle of the World: It you’ve made it all the way to Quito then you absolutely MUST go to the Middle of the World (Ciudad Mitad del Mundo). At the main site, there are some really fun activities and experiments you can try like balancing an egg on a nail, which by the way I did in about three seconds and went home with an actual certificate because of my egg skills and watching water drain in different directions. The most eye-opening (not literally) experience was closing my eyes and walking along the red line that marks the center. As a former gymnast, I thought I was a pro at the balance beam but with two gravitational pulls in either direction, it was quite tricky to stay in a straight line.

There are two main things to know: The first is that there are two different locations and they are very close to each other (about a 5 minute drive). One of these sites was a rough estimate of where the middle of the world is and the second is an exact measurement. Both are interesting yet very different in layout and design. Secondly, Ciudad Mitad del Mundo is super close to the city so don’t skip it. Also, I’d recommend doing this in the morning to beat both the crowds (great for photographs) and the traffic. If you’re a passport nerd like me make sure to get it stamped!

Eat and/or shop at a local market: I stayed at the Middle of the World for roughly two or three hours plus commute time so this will likely be the main activity for the day. It’s also hotter there so bring a hat and some water. When you’re back in the city, head to a local craft or food market to meet the locals and see them in action. Personally, my favorite market is the Santa Clara Mercado, open daily. They sell everything from flowers and housewares to fish and quinoa. My favorite part of the experience was simply strolling through the halls and watching families eating together in the small chairs stacked up against some vendor booths. 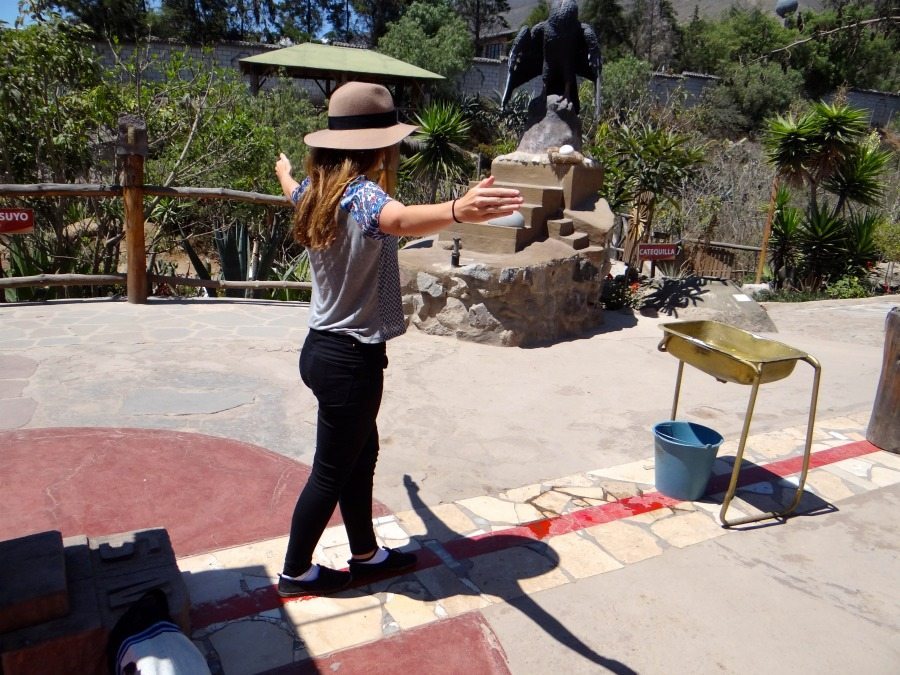 Day 3: Take it easy and savor every last drop

Shop in Foch Square: The La Mariscal neighborhood in north central Quito is a popular area for nightlife and entertainment. During the day, it’s slightly less busy but there are plenty of bars and restaurants to pass the time. Plaza Foch is the heart of this party district and a central meeting place for many friends. Here you’ll find everything from upscale shops and karaoke bars to authentic restaurants and lively discos. If visiting during the day, there’s a local crafts market about three blocks away and it’s also a short walk to Parque El Ejido.

Walk through Parque El Ejido: Weather in Quito rarely changes and during my trip it was absolutely lovely. Usually in the morning I wore a sweater or light jacket and by the afternoon, I was wearing a very casual jeans and t-shirt ensemble. That being said, make sure to spend a chunk of your time outside. I particularly like Parque El Ejido because it is centrally located and also close to museums and other attractions. Plus, there were local artists creating sidewalk murals and many vendors selling paintings as well. I stopped by on a Saturday and there were tons of children running around on the park’s many swing sets and playgrounds.

Splurge on dinner at ZAZU.  I’m not usually one to encourage lavish dinners but sometimes a meal is really worth the price. Don’t get me wrong—Zazu is not crazy expensive but it is on the more upscale side. Many of the restaurants I dined at while in Quito were very traditional in terms of decor so it was refreshing to see Zazu’s more modern approach. I sampled a little bit of everything and each dish was tastier than the last. Even if you don’t make it to this particular hotspot, don’t be afraid to treat yourself well…it is your last night in town after all! 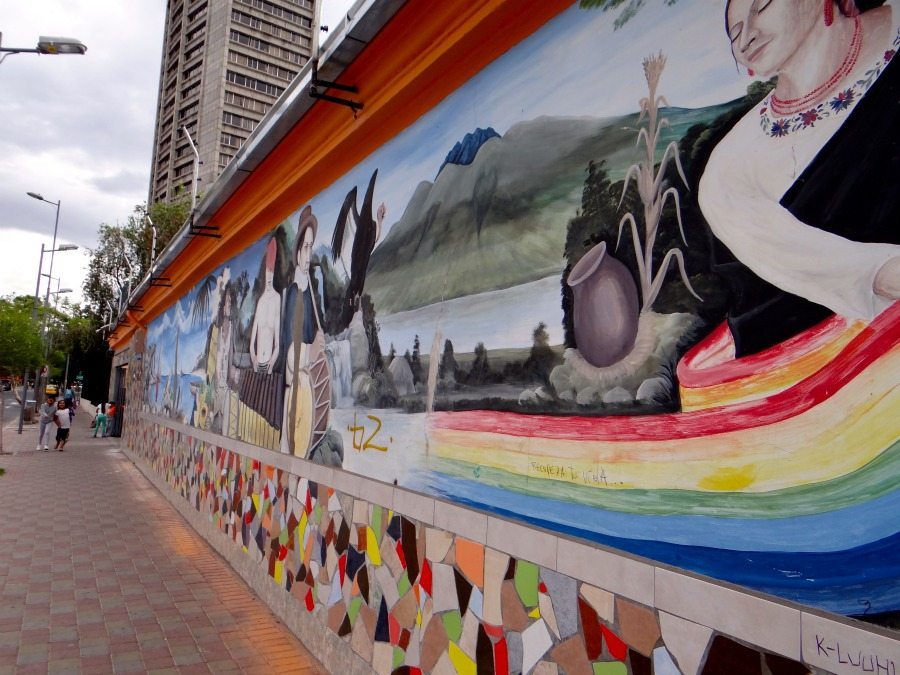 Still in town? Here are some other attractions and excursions to consider.

First off, make sure to check out my post on 5 cultural ways to tour Quito. Here’s a quick recap and a few more suggestions.

*Take a day trip to El Bolich via train.

*Tour a chocolate factory (or just eat the samples)!

*Get a free and fabulous view at El Panecillo viewpoint.

*Swing by the Museo Guayasamín.

This trip was hosted by Quito Tourism and Tartan Group. All opinions are my own. 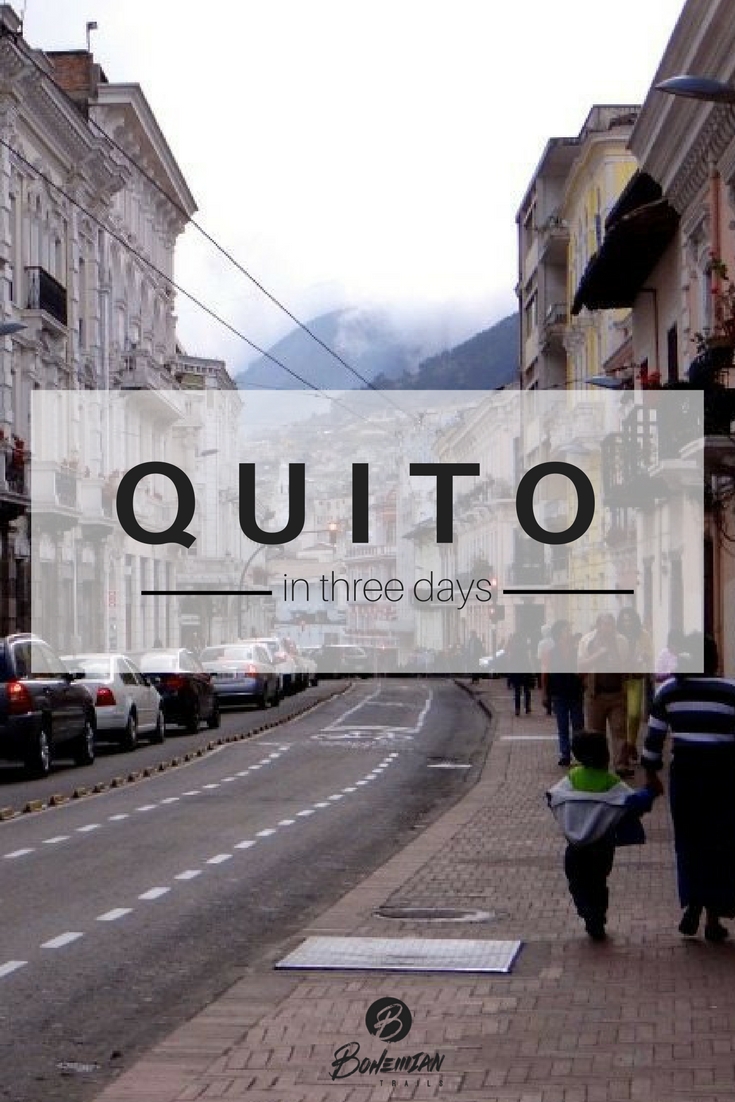