The Women of Vietnam: A Photo Essay 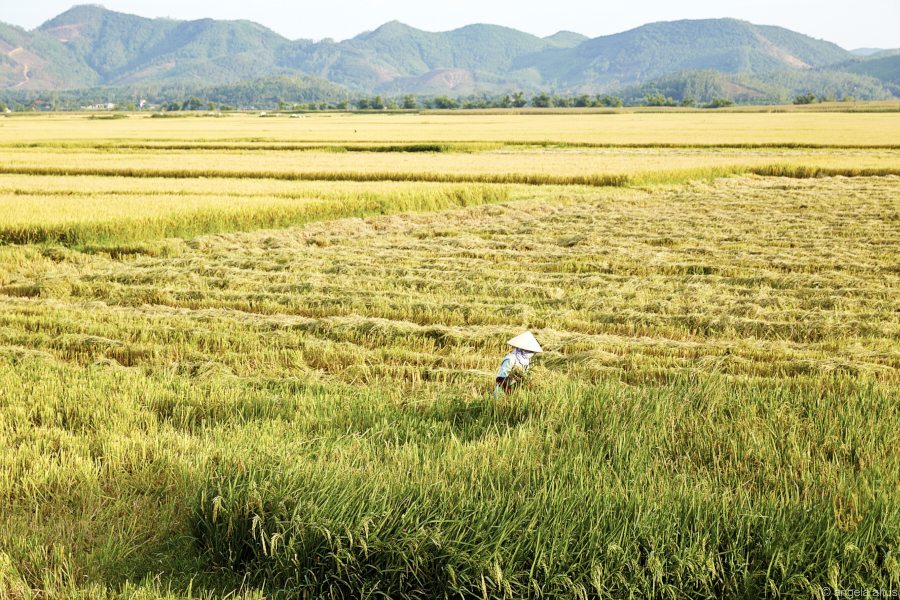 *This is a guest post by professional photographer Angela Altus. You can view more of her work here.

Half the beauty of any country is in its people. Vietnam is undoubtedly one of the most beautiful countries in the world. The people are genuine, kind and present. They live for today, and hold their communities tight. Vietnam’s in the midst of an exciting and historic time, with one of the fastest growing economies in East Asia and plans to be a developed country by 2020.

As a woman, I take special note of the role women play in societies I visit. After returning from Vietnam earlier this year, it was clear that the women are driving much of this financial change and globalization, but continue to face serious economic and social inequalities themselves.

About 60km southwest of Hanoi, a young woman was rowing myself and five other travelers in a rowboat down Yen River to Perfume Pagoda. Motorboats passed us frequently driven by men, while the rowboats keeping our pace were only rowed by women. Our tour guide confirmed that, in Vietnam, it is customary for women to row boats, while men drive boats powered by motors. There was no further thought or explanation. This is, simply, how it is.

I noticed this again during harvest time. Women occupied the fields, often with children at their side. They manually harvested the rice with large machetes and filled bags that, when full, were nearly equal to their weight. Once a group of women had harvested a few bags full of rice, a man would drive over on a motorbike with a flat wooden board attached to the back. Two women would heave the bags onto the board, and then secure it, for the man to tote away.

Mothers were running hotels without daycare. They served as head chef for the eat-in meals that were provided to guests, and their children helped them prepare the vegetables and meat. Women sorted, cleaned and sold seafood at the fish markets. Women were messengers and tailors. They were entrepreneurs, and ran the afternoon markets. They were holding a smiling child in one arm, while offering passerbys a betel nut sample with the other. Women were running Vietnam.

After leaving the country, my curiosity about the female dynamic there continued to grow. Through some research, this is what I found:

It’s no secret that gender equality is at the top of the global agenda. The UN is currently defining its Sustainable Development Goals, including achieving gender equality & empowering all women and girls, set to launch this September. As the global community continues to visit Vietnam, it is important that we recognize the country’s greatest contributors.

Angela Altus is a photographer based in New York whose work captures the boldness necessary for commercial photography and the curiosity required for fine art and portraiture. Regardless of the project, Angela’s artistic philosophy centers around storytelling – in both extracting the narratives that already exist in her subjects and creating new, visual tales. Visit her website for more inspiring images.