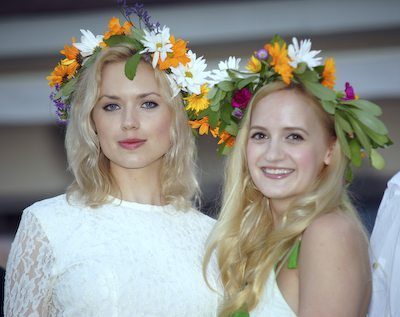 After featuring Annika Connor a few weeks ago and learning about how travel has served as an inspiration in many of her paintings I decided to feature a different artist every week. Annika is to thank for our artist this week, Martina Molin, who also hails from Stockholm, Sweden. The two were recently reunited in the Hamptons for the Midsummer Celebration: A Swedish & German Summer Celebration. Although I couldn’t make it out there, Martina still answered a few of my questions.

When did you realize that painting was what you wanted to pursue as a career?
I found my passion in life very early- when drawing became my favourite occupation as a child, and something of an obsession that later on led the way to painting. I was introduced to modern art at a young age and found myself connected to and absorbed by this secret imaginary world. The choice to pursue a career as a painter was therefore not difficult, it was what I wanted more than anything.

Did growing up in Stockholm influence your design aesthetic?

Growing up in Stockholm and Sweden has certainly affected me in some ways, surrounded by beautiful old buildings, idyllic villa suburbia as well as close to wild nature and the sea, I am very fond of it all. Perhaps what influenced me most was extraordinary, intriguing environments, discovering new places; mainly during trips to South of France. The sophisticated charms from times spent there combined with the warmth and the starry skies of the Mediterranean had quite an impact on me, it triggered a longing to capture the intensity of being elsewhere. 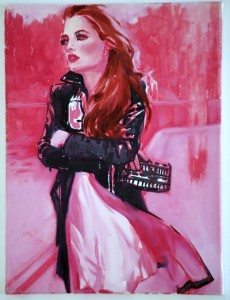 Are your paintings inspired by specific people?

I am deeply inspired by the immediate beauty of the moment that can be realised through an image. The narrative in my paintings arrive from a blend of different sources; fiction, film, photography as well as personal memories and imagination.

How would you describe your paintings?

I like the idea of my paintings to be seen in different layers. Directly, they are portraying a momentary scene or a figure, often captured in a slightly ambiguous light. It leaves a page open for the viewer’s own perception. Painting them is a way of completely dedicating myself to surface, while reflecting an inner landscape. The result is often a dreamlike scenario, filtering emotional experience through the charm of appearances.

My favorite thing about Martina’s work is this almost eerie feeling you get from the images. The figures appear dreamlike yet there is always one element that stands out as a contradiction. Her use of movement is very interesting as well. While many of her subjects are staring intensely ahead at something in the distance, movement is shown through their clothes, hair and the external environment. There seems to be a sense of longing in many of the people Molin depicts. – Megan 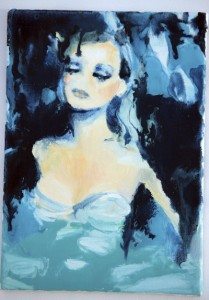 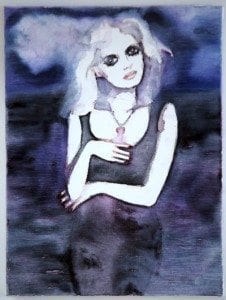 All Photographs by Revenge Images