Soaking in the San Fran Sunshine 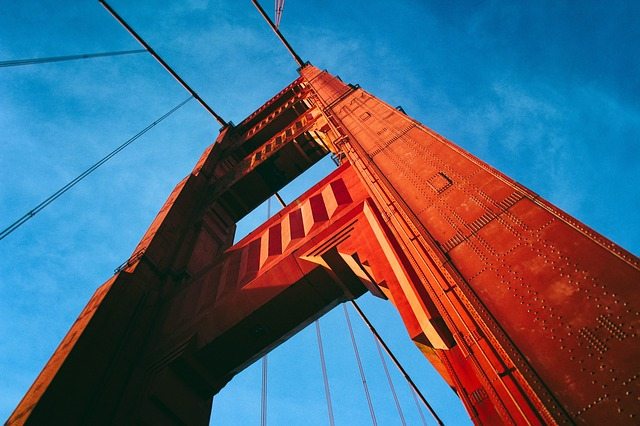 While this title may confuse my local San Francisco readers, compared to New York, the California weather felt refreshingly warm. My last trip to the Bay Area was just last August when I explored scenic San Mateo County and Silicon Valley but I haven’t been to the downtown San Francisco in almost three years.

My favorite thing about re-visiting a city is that I don’t feel the pressure to see and do everything because, well, I’ve already done it the first time around. When my husband (still feels so weird writing that!) confirmed a few meetings in Palo Alto I took advantage of my flexible schedule to tag along. Otherwise, I’d be in cold New York and wouldn’t be able to spend his birthday with him. It was really a no-brainer.

I never talked about this on Bohemian Trails but we were actually thinking of relocating to San Francisco but in the end decided to stay in New York. I remember when we first talked about the big move I was hesitant to leave New York but then I started to get excited about it, imagining myself living in a new city far away from the Big Apple. We ultimately decided to stay here and I must say that I’m happy with it. As much as I enjoy San Fran as a home away from home (which it will most likely become for us), I have New York on such a high pedestal that it’s hard for other cities to tip the scale.

That aside, I had a blast in California for a week. Just like my first visit, I did a mix of local and touristy activities. There was a familiarity I felt as I walked through the downtown streets, breathing in the cool breeze that radiated from the sun drenched sky. It was the perfect break I needed.

Picnic by the Bridge

On our first night in town, we went to a local deli, grabbed the picnic essentials and hopped on a bus headed to the Golden Gate Bridge. Taking advantage of the last rays of sunshine, we found a picnic bench and toasted to the sunset. My favorite part of the evening was watching the local surfers catch waves by the shore.

For a great night view of the city, we rode the cable car to Fisherman’s Wharf for his birthday dinner. In my opinion, it’s one of the best ways to tour the city and as much as I love walking, it’s a pretty hilly trek to make on foot. I couldn’t help feeling a little like Belle from Disney’s Beauty & the Beast when she so effortlessly catches a ride through town on a passerby cart.

On my way to Embarcadero to catch the ferry to Sausalito, I ran into one of about five people I know in San Francisco. It was perfect timing and I eagerly chatted away to my college friend who was my first tour guide to San Fran a few years ago.

After catching up, I power walked to the ferry terminal and made it onto the boat with less than a minute to spare. The ride there was windy but wonderful. Despite few places being open in Sausalito, I enjoyed walking along the path and gazing toward the bay. It was so quiet there and as the sun descended I could see the hint of stars surfacing for their night watch.