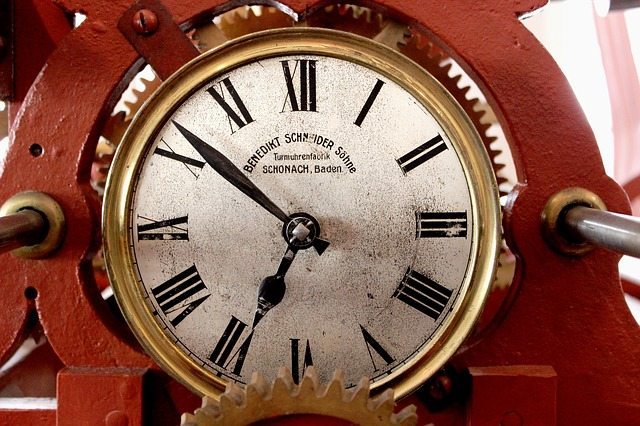 Philadelphia holds a soft spot in my heart and that’s mainly because I caught a ball at a Philly’s game when I was about ten years old. It’s one of those stories that I love hear my Dad tell his friends. Even though I sort of ducked underneath a crowd of much larger men stretching their arms in all directions to catch that most coveted prize, it was a little girl who ultimately scored that day. Any other memory of Philadelphia I might have had faded into the distance on that summer day. This past weekend, I rediscovered this city and learned a few fun facts along the way.

But let’s rewind a bit. It all started about a month ago when Diego was invited to speak as a panelist at the Wharton Latin American Conference. The event fell on Valentine’s Day and instead of celebrating the day of love alone, I decided to tag along and make it a weekend trip. Besides a less than stellar hotel stay and an entire day of rain, the silver lining came on our last day in town when the sun shone so brightly that it hurt my eyes to gaze upon Philadelphia’s buildings too long before needing to look back down. 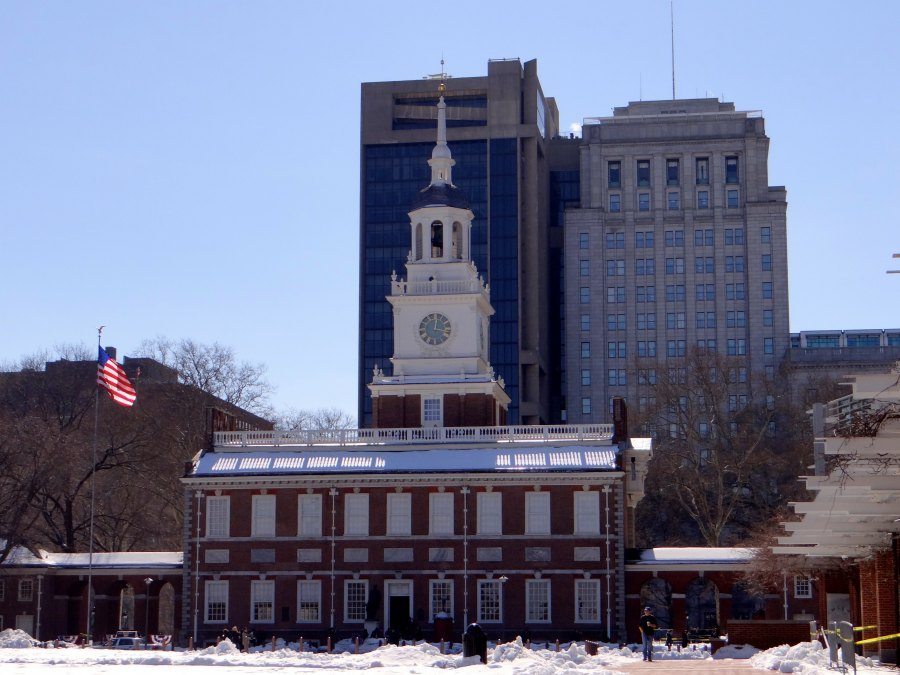 Our first stop was Independence Hall and the surrounding buildings. We started off by taking a look at the Liberty Bell and I thought the exhibit did a a good job of showing the irony of this “symbol of freedom.” While the bell stood as a symbol of independence and hope for so many, it served as a constant reminder to slaves and women that this was still out of their reach. I’ve never been a huge history buff but it was really interesting to imagine what this time period was like for all those living in the United States. 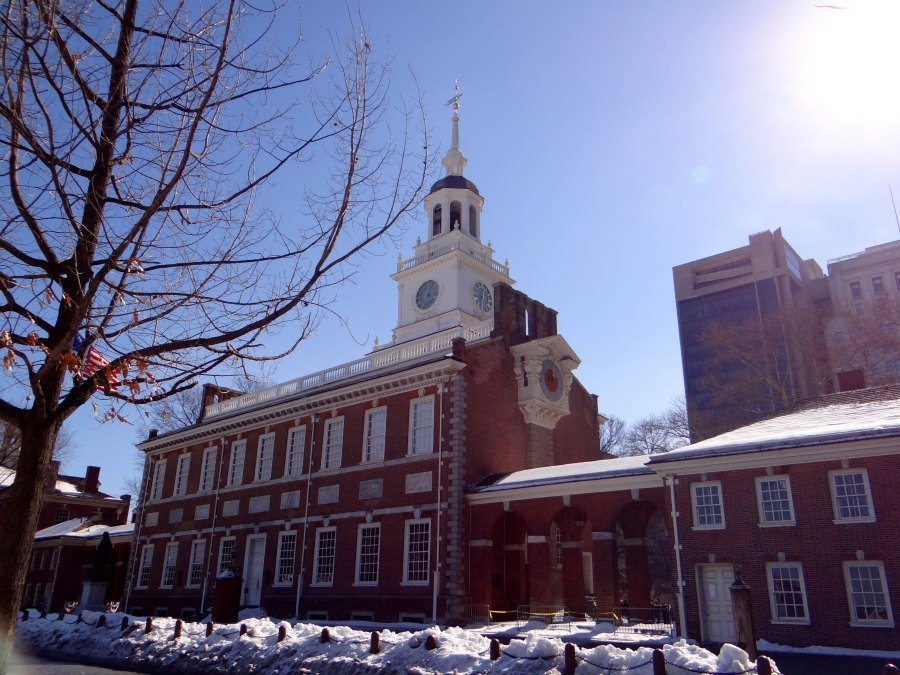 Visiting these monuments also made me ponder the government of today, which is another topic I’ve never been too fond of. One one hand, I think its unrealistic to base the laws of today on the Declaration of Independence, simply because a lot of things change over time and I’m sure the Founding Fathers could not foresee every problem. On the other hand, the principles that upheld are extremely admirable and I wished that all politicians acted solely for the benefit of their people instead of for selfish reasons. (Disclosure: if I sound bitter it’s probably because I’ve been watching season two of House of Cards.) 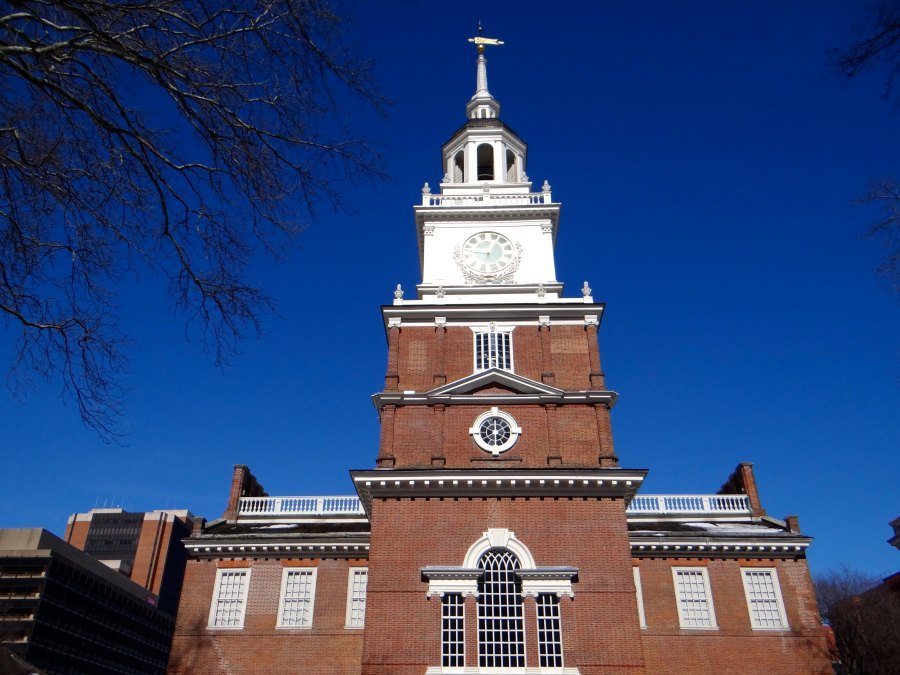 While all governments have their ups and downs, I left Philadelphia in good spirits and with a stronger sense of my own country’s history. Yet, it really opened my eyes to how little I remember from elementary history classes. It was slightly embarrassing that my own husband, who isn’t from the United States, had to jog my memory of how the US was formed. Yet, I do my best learning when I’m truly interested in a topic and as a first grader, that interest just ins’t there, so I don’t totally blame myself. That being said, I do want to study world history on a deeper level.

Moving on…let’s talk about how amazing the architecture is in Philly. There were moments when I felt like I was in Europe rather than the United States of America. City Hall was one of my favorite buildings because there’s really no bad angle photgraphy-wise. With nearly 700 rooms, it’s makes perfect sense that the construction lasted from 1871 to 1901 and a cool 24 million dollars. For a few years it was even the tallest habitable building in the world. 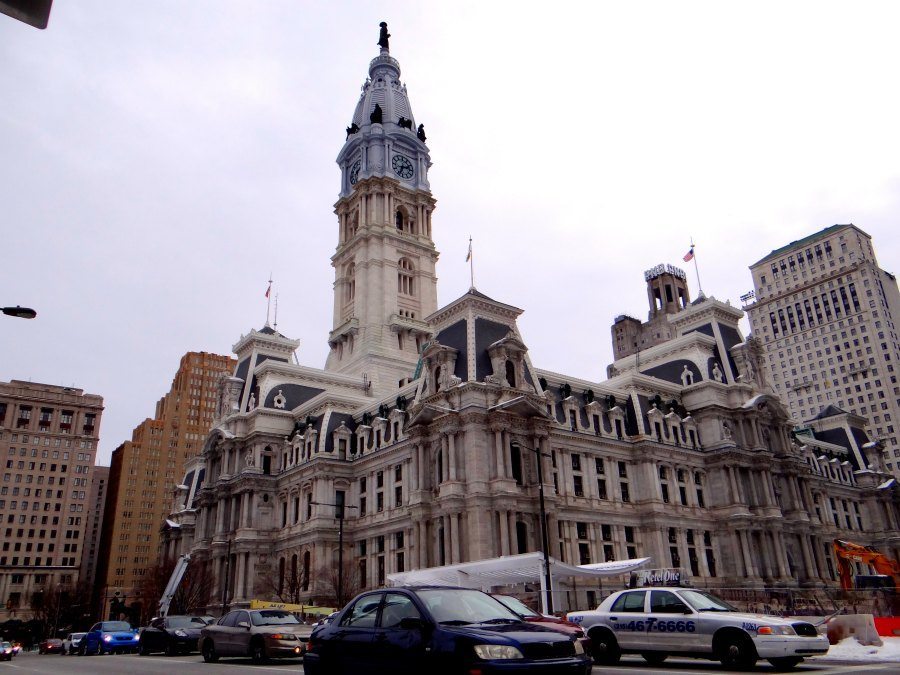 Since our visit coincided with Valentine’s Day, there was no way I was leaving without snapping a few pictures of the original LOVE statue in John F. Kennedy Plaza. Philly is known as the City of Brotherly Love but ours felt much more romantic. Having seen the statue of the same name and design in Manhattan countless times, this one is much smaller in size but still extremely authentic. The Robert Indiana creation was installed in 1976 and has been inspiring people ever since.

Before heading to the bus terminal, we did a little shopping at the Reading Terminal Market, which is essentially a one-stop-shop for everything you could possibly need. We spent most of our time in the organic produce aisle and I nearly cringed at how low the prices were compared to Whole Foods. Anyway, there are plenty of things to do here, from sampling locally produced cuisine to hunting down the best souvenirs for your family and friends. 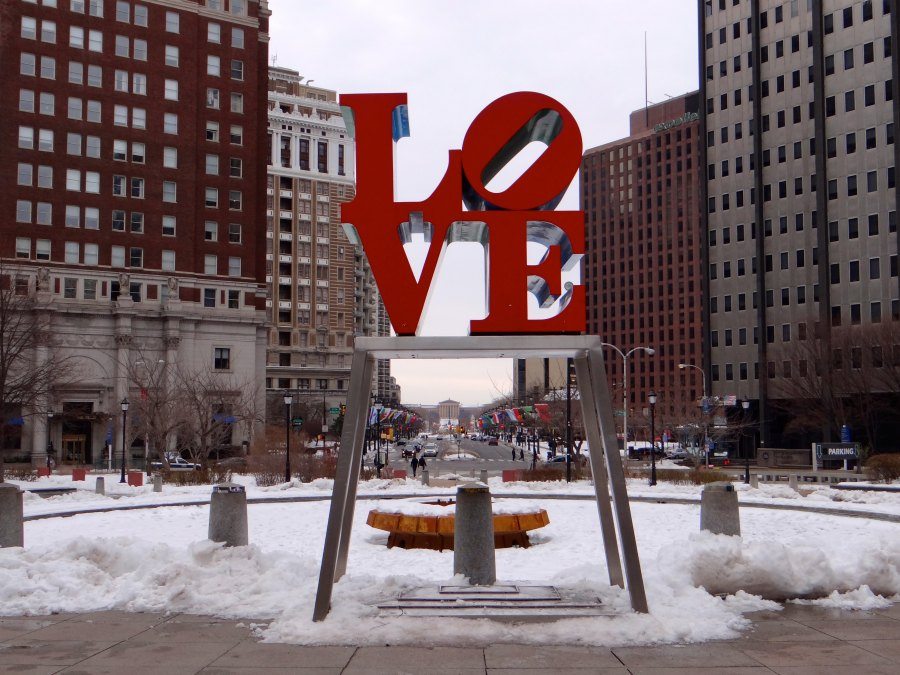 What city left you wanting more? Tell me in the comments below!