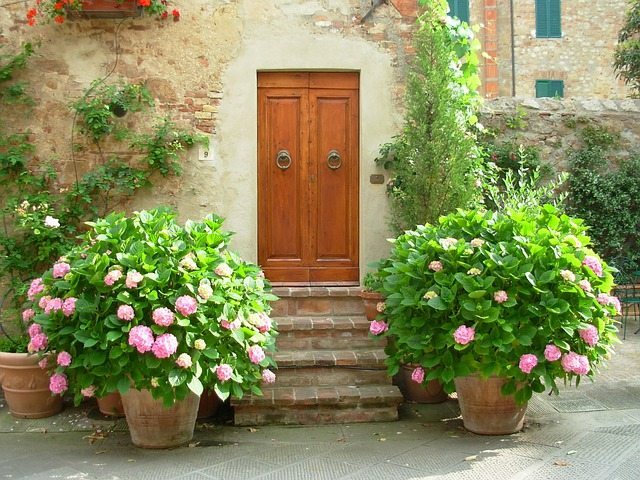 During my week in Emilia-Romagna, I spent just as much time wandering through the cobbled city streets as I did basking outside in the countryside and that proved a perfect balance. This particular region really caters to travelers seeking interactive experiences, especially those relating to cuisine and crafts. Luckily, I got to explore both art and the art of food.

It wasn’t until our very last night, however, that I discovered a very special place seemingly hidden in the middle of nowhere. The Opera02 is a quiet bed and breakfast just outside of Bologna. I stayed in the lovely Plum room and quickly fell in love with the adorably feminine decor. There are eight rooms in total and each has it’s own aesthetic. Can you guess which one is mine? 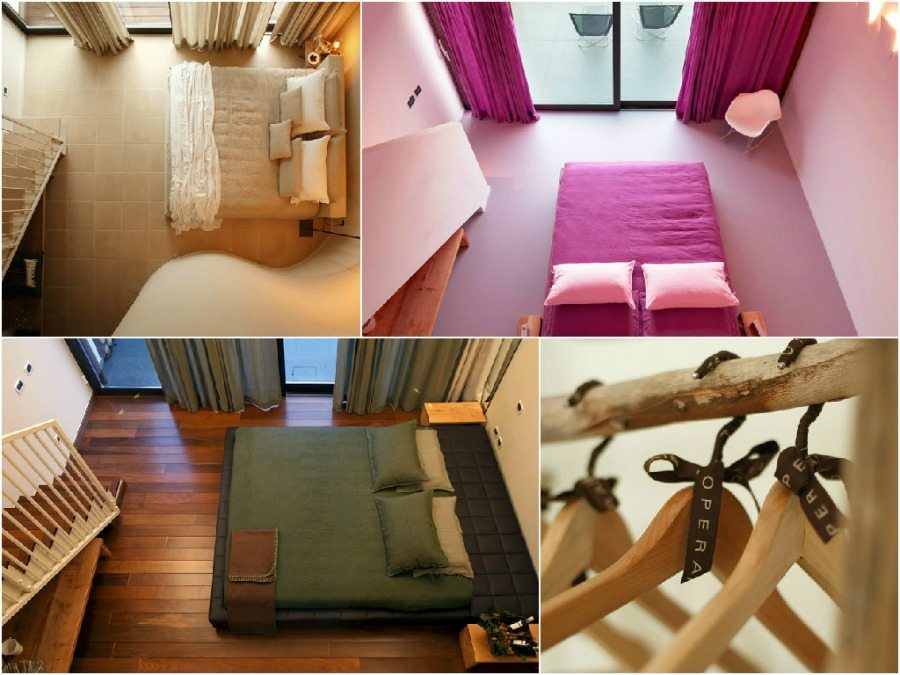 As personable as each room is decorated, it is really the view that makes the biggest impression. The floor-to-ceiling windows literally look out onto fields and fields of vineyards. We arrived just as the sun was setting and while I only had a few minutes of daylight to snap some photos, the real magic was simply staring into the endless green and blue abyss of beauty. I still remember how clear and crisp the March air felt as I breathed it in and that’s saying something considering my nose was stuffed most of the week. I felt effortlessly at ease and I sat outside on my porch until dinner. 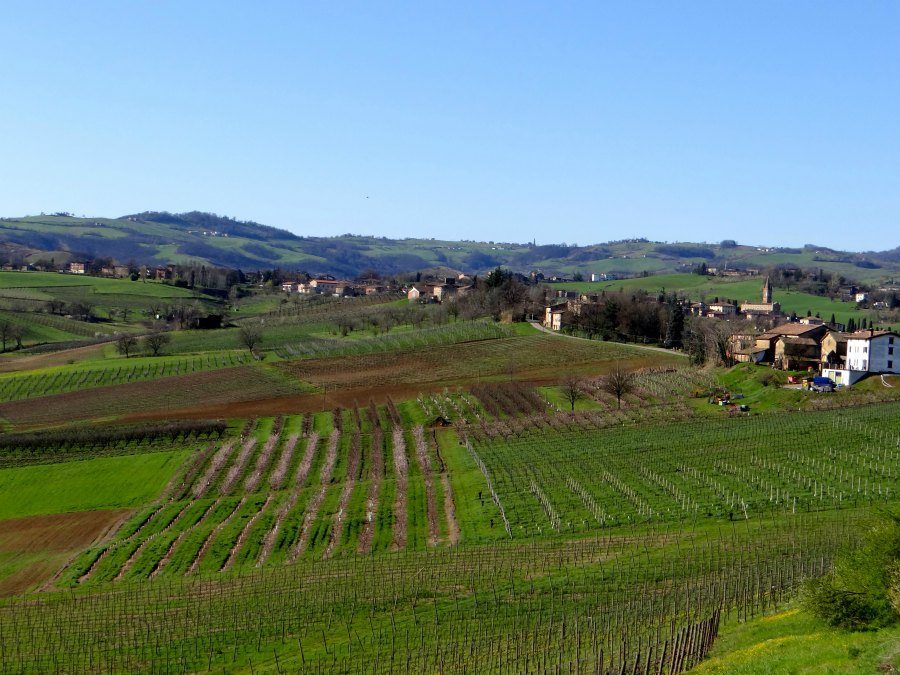 The next morning I woke up early and took advantage of the few hours I had left on the property. To be honest, I really do wish I had more time here. It’s such a nice compliment to the city and is only a short drive away. Since I very rarely rent a car when I travel, I asked the owner how someone might get from Bologna’s city center to the agricultural hotel and he said that they (a staff member) can and often do arrange that type of transport. I think a perfect combination would be to spend two or three days in Bologna and then another two (or more!) days here. 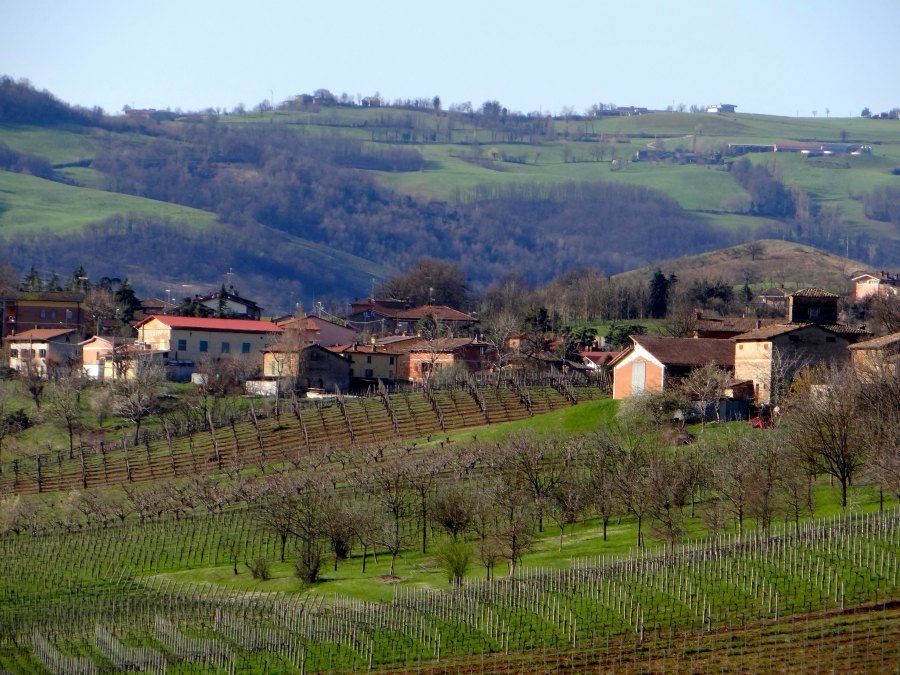 Did I mention there are animals here? I guess that’s to be expected, seeing as it is a working vineyard. Opera02 covers a lot of ground and yet feels very intimate. On one side of the property is an entirely organic cultivated area and on the other is the B&B and restaurant. As mentioned above, decor within the rooms varies, but the focus of Opera02 is very much rooted in an appreciation for nature, preservation of traditions and a focus on new technologies. Location-wise, Bologna is nearby, as are the cities of Modena and Reggio Emilia. 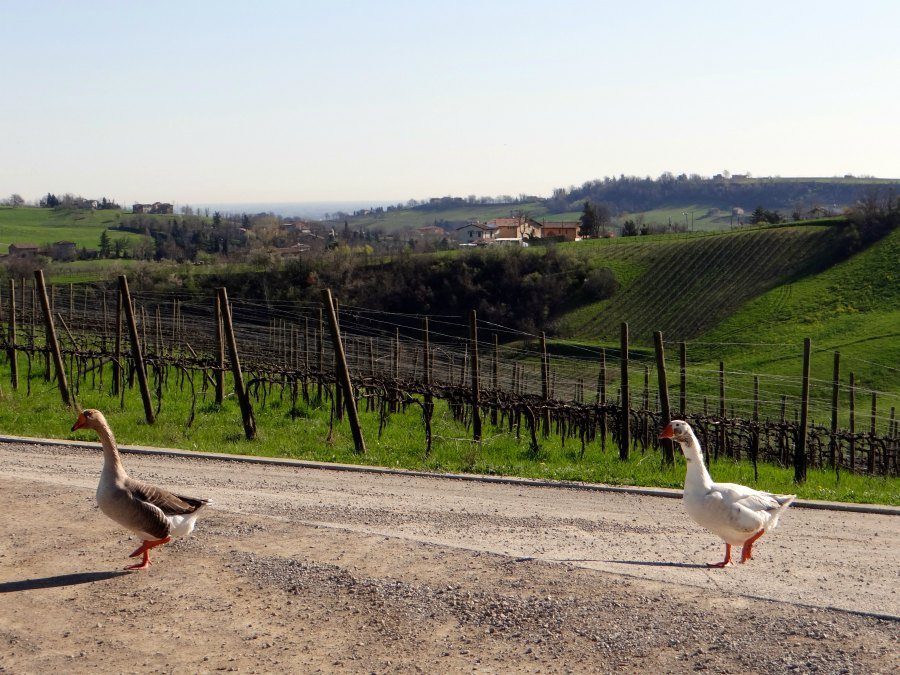 Perhaps the coolest design choice of the property is the window view of the Balsamic vinegar barrels. The long hall that houses all eight rooms has a dimly lit view of the barrels. This might be a good time to mention that Opera02 makes and sells their own Balsamic vinegar and even if you don’t splurge on a bottle, you’ll likely taste it on several dishes at the restaurant. Naturally, they harvest and sell their own organic wine as well and make a point of using the most modern techniques available. The taste of the wines varies year to year depending on the climate. 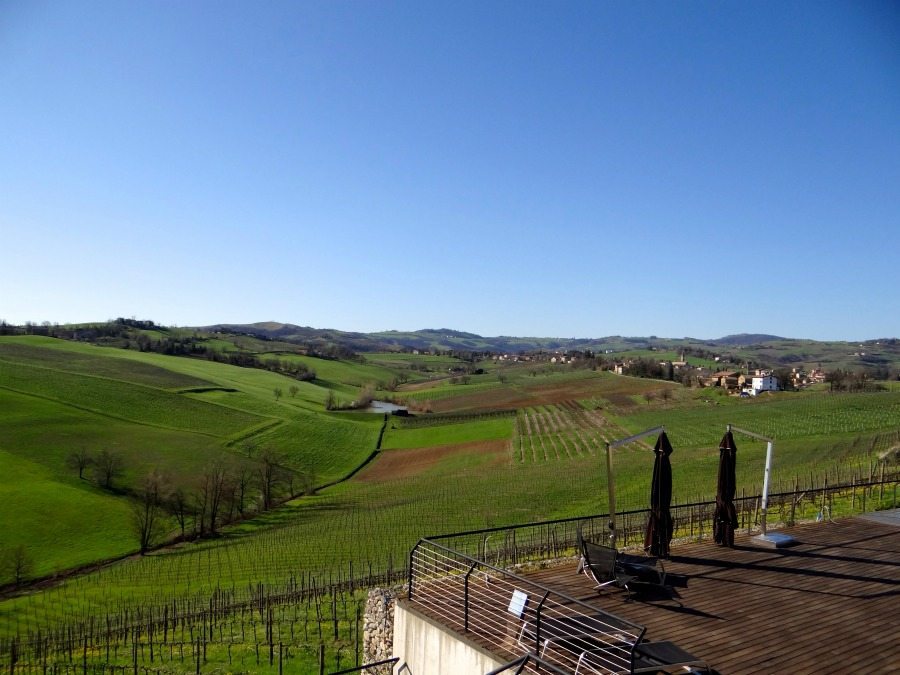 Ok, now comes the fun part. What does this amazing place cost and can I afford it? The good news is, yes! The owner quoted rates at 140 Euros per night (per room, not per person) and this includes breakfast, access to the on-site spa and swimming pool that also overlooks the vineyards. If you opt for an off-season visit, nightly rates lower to 110 Euros per night. Considering all the amenities and interactive experiences you can have here, I personally think this is a steal. In fact, I almost booked another night here (no joke).

Are you a fan of the countryside? Tell me in the comments below!