Québec Gave me Wonder and Wander 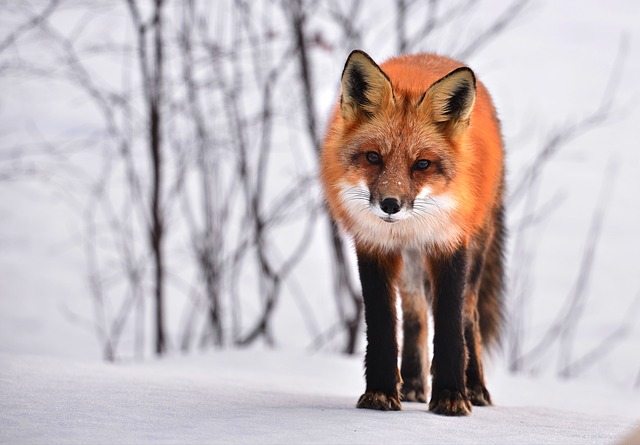 I have a confession to make. The last few months I’ve been feeling a little uninspired. I think part of it has to do with my workload. When I started working at Hearst several months ago, I didn’t expect for both Bohemian Trails and my career as a freelance travel journalist to accelerate at such high speeds.

As a result I’ve essentially been juggling three jobs: Bohemian Trails, freelance writing assignments and my role as a Social Media Manager. While it’s been an incredibly exciting and rewarding period for me, there are only 24 hours in a day and I’m just one girl in a huge world.

So when I glanced at my calendar about a month back and realized I’d have a few days off around July 4th, I started planning my trip to Québec. This trip was a long time coming, at least in my head. I don’t think I’ve ever heard a single negative thing about the city from anyone. I’m sure there are negatives of course, but that’s generally a good sign.

To be quite honest, part of me felt embarrassed for never having been to Canada before, especially considering I live in New York and spent my summers visiting family in Maine and New Hampshire. The other part of me just wanted to jump into the picturesque postcards I had seen of Québec for so many years growing up: the cobblestoned streets, the wide open spaces and the city lights glistening off St. Lawrence River. 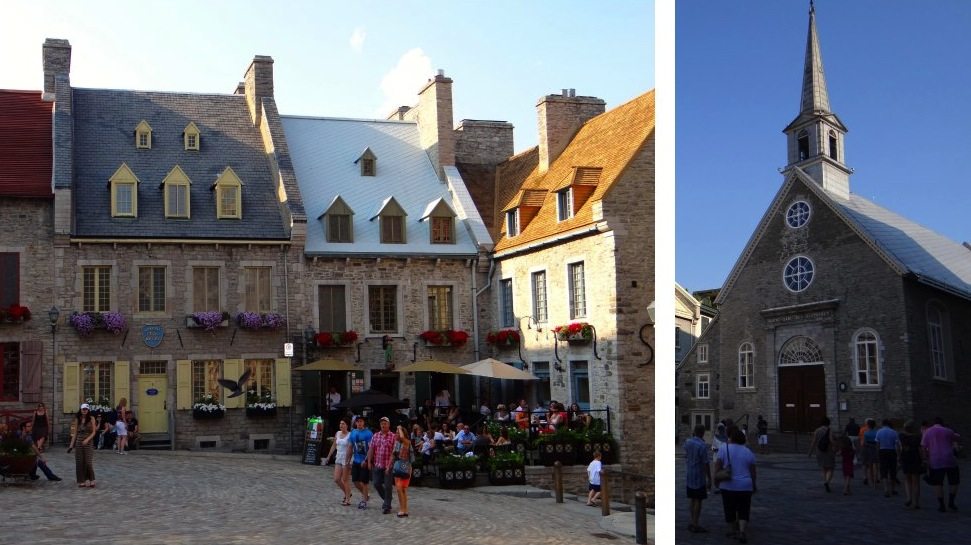 Almost immediately upon arriving to the city, an invisible thick haze covered me like a blanket. Instead of feeling heavy like a bad case of jetlag, it felt light and air born.

My tour guide began showing me some of Old Québec’s historic sites, filling my head with information it wasn’t ready to comprehend. Instead, my eyes were transfixed on my new surroundings. Everything was so green, so vibrant and the sun creeped through trees. Every part of my body wanted to jump out of the car and run as fast as I could into the seemingly never-ending fields of green.

This feeling of freedom only intensified the next morning when my tour guide brought me to both Chute-Montmorency and later, to Île d’Orléans (Island de Orleans). Although we were on a tight schedule I didn’t feel the pressure of being in a rush. It was almsot as if time decided to slow down just for my benefit. The waterfall of Montmorency gushed with so much vitality that I couldn’t help but envy it’s power. 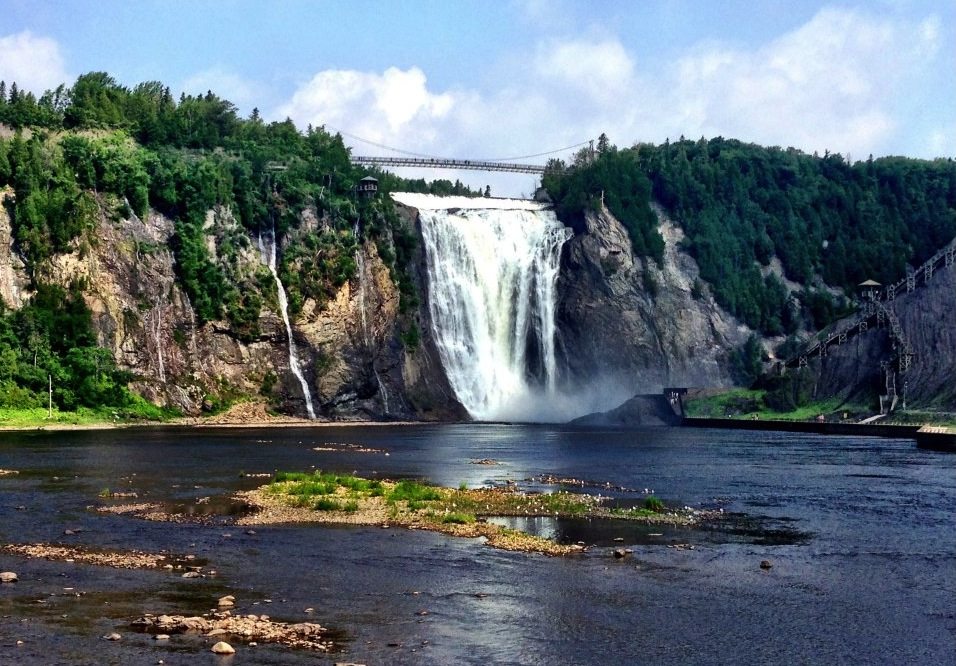 When we reached the island I had the same desire to sprint into the vineyards and orchards and collapse in the fields for an afternoon nap. I resisted that urge but I did take my time browsing through the various handcraft shops and sampling local fruits and ice wine.

Living in one of the loudest cities in the world, my first real impression of the island was the comforting sound of near silence. While sometimes hearing nothing can creep me out, I felt soothed by the hush sound of wind sweeping through the tree branches. Birds chirped away in a language I didn’t understood and the cool shade of the trees softened the sun’s blow. 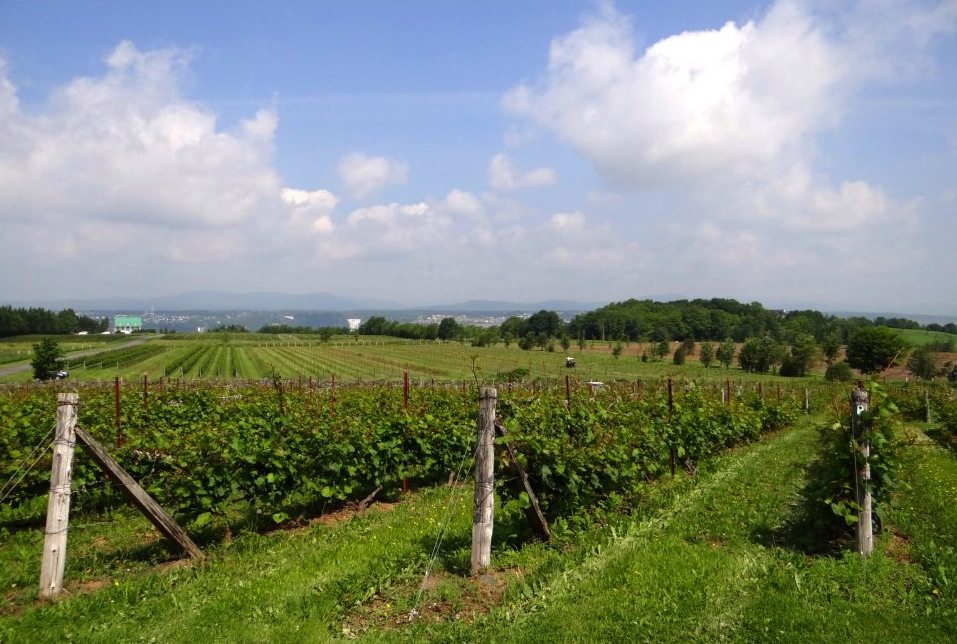 The rest of my trip consisted of visiting museums, chatting with locals at restaurants and breweries and catching a few shows at the summer festival. I did pack my days with activities but for the most part, I was completely free to do as I please.

It was so refreshing to travel solo and I realized just how much I missed my own company. Working more hours at an office these days has left me craving alone time; a much different scenario than months before when I practically spent my entire working day in solitude.

There were two separate occasions when I camped out underneath a tree in the Plains of Abraham, undoubtedly the largest field I’ve ever seen. I’m sure that there was no coincidence that I had “In a World of My Own” from Alice in Wonderland playing in my head like it was on repeat. But the truth is that I did feel a bit like Alice. Québec was my wonderland and I was seeing life through my own looking glass. 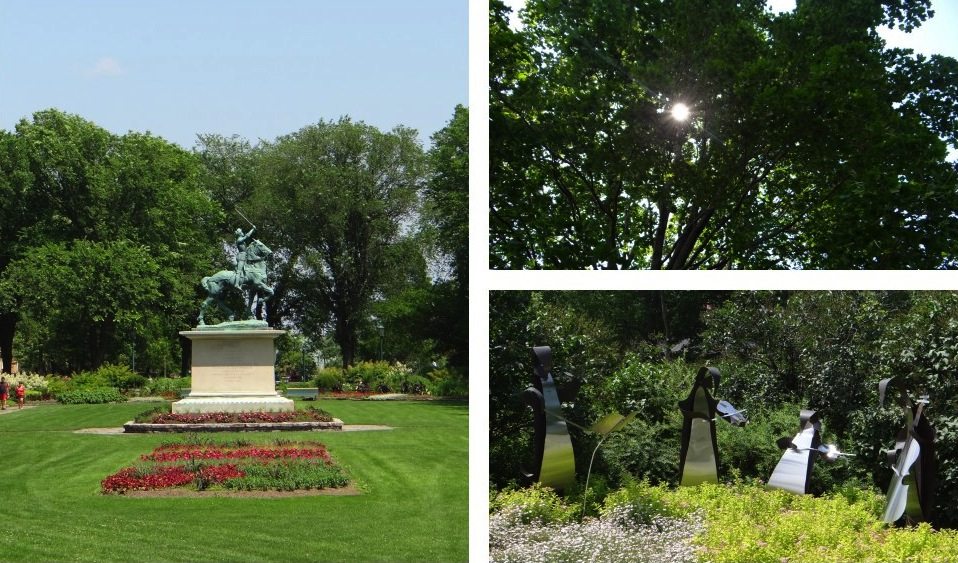 As magical as the days were, the night’s felt even more invigorating. There was so much going on and yet so little time. Every summer the city hosts two major events which are also free of charge: The Harbor of Forgotten Souls created from Cirque du Soleil® and The Image Mill™ not to mention Le Festival d’été.

I decided to spend a quiet night sailing along the St. Lawrence River so I could snap a few photos of the city by night. The boat ride is about fifteen minutes one-way and fifteen minutes back. Without a care in the world, I smiled as the crisp night air whipped through my hair setting me free from the chains of worry, leaving me with nothing but a weightless sensation, as if nothing could harm me.

On my last two nights in the city, I attended a few shows at the festival. It was on my very last night during The Black Keys concert, I felt inspired and ready to tackle my next obstacle whatever that may be. Standing in the crowd and watching thousands of fans singing along to the lyrics was contagious and although I didn’t know any of their songs by heart, my heart filled with wonder.

What destination has inspired you most? Tell me in the comments below! 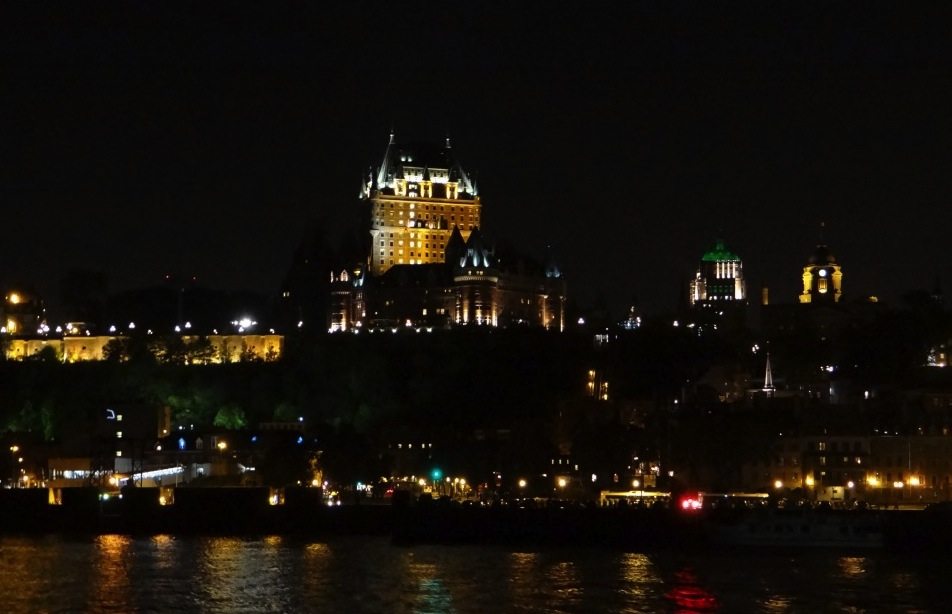