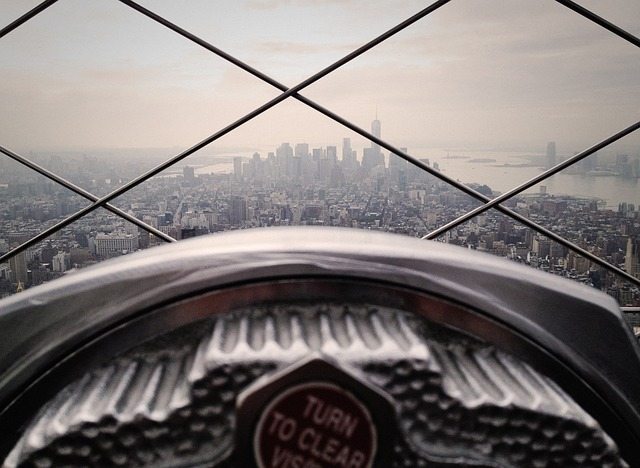 As New York finally starts to feel like Spring, my mind is already thinking ahead to summer. Autumn is hands down my favorite season in New York but summer does have perks like free concerts and outdoor festivals to keep everyone entertained.

Still, I’m always surprised when I hear non New Yorkers rave about how amazing it is here in the summer. Clearly, visiting New York and actually living here are two very different things. Summers here are far from glamorous. It can get unbearably hot and unless you feel like sneaking into a hotel pool or jumping in the local fountains, there’s not much you can do to cool off. Then there are the tourist groups that make it difficult to walk across the street let alone get to the nearest subway stop.

Ok, ending my rant now! This year, I’m actually excited to be here this summer because for so much of last year I wasn’t even in town. Last summer I spent most of my time in Europe and the year before that I was in South America so really, New York and I are due for a reunion. Summertime here also makes me travel back in time to my first few months in the city. I moved to the Big Apple right after college graduation and I still remember how alive I felt just walking outside every morning. Even the trash-filled streets looked glamorous to me.

So in honor of me tolerating another New York summer, here’s what I’m looking forward to most.

The East River has actually been a constant for me the past few years. I’ve moved several times in the four years I’ve been here but most of my apartments were in two very distinct neighborhoods: East Village and the Lower East Side. Not so surprisingly, this was my go-to running and walking path during these periods. Since I’m back in LES again, it hasn’t taken much motivation for me to exercise and I can’t complain about that!

Tip: Start your jog around Houston Street and end in South Street Seaport. There are a ton of restaurants there to satisfy the appetite you’ve surely worked up from your workout. You can also visit museums, shop and hitch a ride to Brooklyn via the water taxi.

It won’t be long before Citi Bike reaches New York and I’m beyond excited about that. I’m also seeing a lot of rental stations being set up in my neighborhood, which means I might just swap a few of my morning jogs with bike rides instead. I’m not sure if I’m brave enough to be an everyday biker because honestly, I’ve seen people crash into each other and it is not a pretty sight, but biking through parks isn’t the same as weaving through heavy traffic.

Tip: For a great view, bike across the Brooklyn Bridge or the Williamsburg Bridge. Just be careful to stay in the bike lanes and watch out for pedestrians veering into your path. Eat to your heart’s content at Smorgasburg in Williamsburg or shop for trinkets at the Brooklyn Flea in DUMBO.

New York can get so gross in the summer but I adore sandals and there are already a few pairs I’ve been eyeing. I guess I like sandals so much because they are comfortable and if you live here, wearing shoes that are painful is a major deal breaker. Beyond sandals though, summer is my favorite time to go thrift shopping. I’m also big into consignment shopping and there are a few stores in Brooklyn I stop by regularly.

Tip: If you head to the markets in Soho and the like, try to get there in the morning before the crowds start forming. Prices are never set in stone so don’t be afraid to haggle a bit. The worst they can say is no. For original items from local designers I recommend heading to NoLIta rather than Soho.

For the past two years I’ve been location independent so working outside was never really an issue. However, with my new gig at Hearst, I’m required to work from the office and pajamas are off limits – two things I’ve gotten quite used to as a freelancer. Luckily, their offices are just off of Columbus Circle so I’ll have plenty of opportunities to enjoy my lunch in the great outdoors.

Tip: Head to Central Park for SummerStage concerts or have a picnic with your friends at either Bryant Park or Chelsea Piers, where movies play on the big screen for free. Shakespeare in the Park and Lincoln Center’s Out of Doors Festival are also free to the public.

5) Embracing the Odd and Abnormal

I think I’ve gotten to the point where nothing really phases me anymore. Well except for amazing oddities like this larger-than-life bike. It takes a lot to distract a New Yorker simply because they can almost always say “I’ve seen worse” and this is especially true in the summertime. I’m sure there will be more hilarity from Improv Everywhere and that’s never a bad thing.

Tip: Oddballs seeking attention generally flock to Times Square or Union Square so let those be your default locations to spot some serious weirdness. Musicians also perform at these subway stops and some of them are quite talented.

For more suggestions on where to go and what to do in New York, check out my “Hidden Gems of New York” Wanderlist on AFAR.