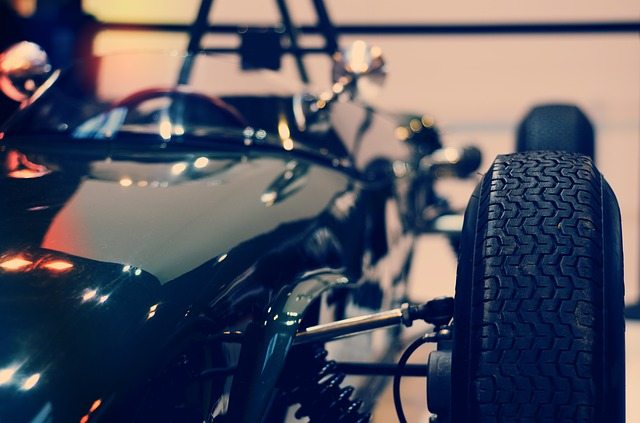 Leave it to me to completely overlook the world’s largest single-day sporting event when planning a trip to Indy. After meeting Visit Indy crew a few months back in New York, I was eager to test out their newly created Cultural Trail. When I picked Memorial Day Weekend to visit, I was also able to experience the Indy 500 – and wow, what an experience it was!

In case you need a crash course on the Indy 500 too, here are a few fun facts about the race:

Seeing the racers for the first time

Since the Indy 500 is such an important event, the city hosts an annual parade to rev up the engines of the spectators, not that us bystanders needed any. After spotting some of my favorite childhood friends like Clifford, the Care Bears and Strawberry Shortcake, our group headed to where the drivers prep for their big debut. The 33 drivers hail from all parts of the world – France, UK, Brazil, Colombia, Venezuela and Japan to name a few. Each waved to the crowd from a blue car and entered the parade three at a time.

Taking a spin in a real IndyCar

By this point I was already looking forward to Sunday’s festivities. Something about seeing the drivers up close and personal made everything feel a bit more real. We then headed to Dallara IndyCar Factory where I was able to ride in an actual IndyCar. The car is a two-seater: the front seat is for the professional driver and the second seat is for the passenger. The car doesn’t reach top speeds but you still get the sensation of being on the track because you are so low to the ground. The museum also offers factory tours, racing simulators and various interactive exhibits.

Sunday was game day so I was up bright and early. A few hours before the race started, we walked out onto the track to take pictures of the cars. It is the last time for pit team to practice changing tires, etc. before the real work begins. I’m sure having a bunch of media around didn’t make their jobs any easier but it sure made my job a lot more interesting. I eventually made my way to the famous bricks where I leaned down to kiss them like so many have done before. Dale Jarrett started the tradition of “kissing the bricks” back in 1996. 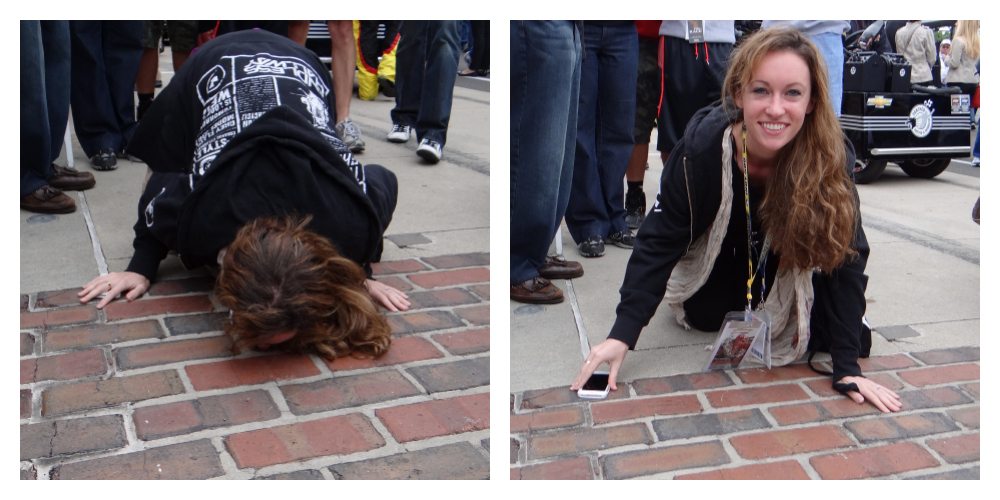 Feeling part of the action

When the pit crews had finished practicing, the cars moved to their starting points for the race. I was surprised by how close we were to the cars, especially considering that each one is worth more than a millions dollars. In fact, the steering wheel alone is designed and molded to fit the driver’s grip like a glove. I couldn’t help but wonder what must have been on the minds of the racers and their families in that very moment. I can’t imagine having the concentration to drive at such high speeds for three hours straight, not to mention the accidents that sometimes ensue.

The race began around noon, but not before a few pre-event performances and surprises. One of the most memorable parts was when about 35 runners from the Boston marathon proudly jogged from Turn 4 to the Yard of Bricks. The crowd cheered for them as they made their symbolic finish. When the race did finally begin, I could not believe how fast the cars drive. There were a few crashes but luckily nobody was injured and while everyone had their favorites, it was ultimately Brazilian driver Tony Kanaan who took home the coveted trophy.

So basically, the “snake pit” as it’s commonly called is a haven for drunkards. If you are more into partying than watching the race, this is the place for you. These ladies were the best dressed girls in there so I made sure to document their outfits. Some people tailgate with barbecue, beers and probably a lot of other things. Inside the pit I saw a moon bounce of sorts, a slide and a whole lot of crazy. If I wasn’t so interested in seeing the race I probably would have spent a few more minutes hanging out with the young and drunk locals of Indy.

This trip was hosted by Visit Indy. All opinions are my own.