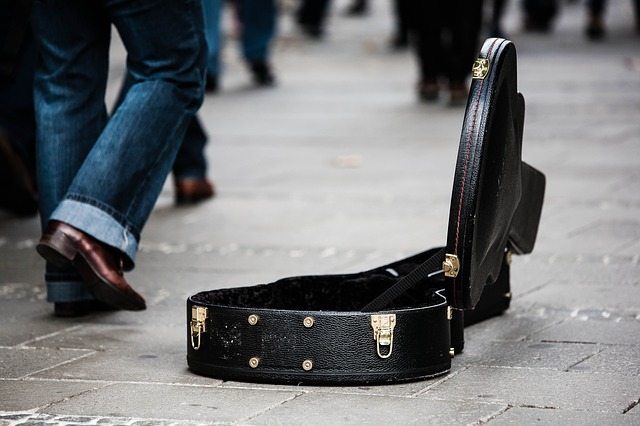 I’ve been wanting to write this post for awhile now, especially considering how much fun I had writing Love and Travel Intertwined nearly two years ago. Music has always been a huge part of my life, as I’m sure it is in your own life as well. It’s been a constant part of my journey, whether it was playing the flute throughout high school, singing acapella in college or landing my first real job at a record label in New York. I feel that music touches people in a way that words cannot…and being a writer myself, that says a lot.

Here are five indie songs that I listen to on nearly every trip I take. Most of these bands you’ve probably never hears of but if nothing else, this post will hopefully brighten your spirits and get you ready for your next adventure.

I first heard of the Australian band Ladyhawke while living in London in 2008. While my internship mainly consisted of fashion shows and buyer meetings, my friend had a cool record promotion internship. She basically went to concerts nearly every week and on one particular night, she invited me to go see Ladyhawke. Before heading to the show, I made a point to listen to some of their music. I was impressed but not blown away. However, once I saw them live I became an instant fan. This particular song is my go-to song for packing for my trip.

I stumbled upon The Paper Raincoat by accident. There was a booking manager on the same floor as the record label I was working for and he introduced me to a few of the bands he represents. This band definitely has a unique sound and maybe not one that appeals to everybody but I find that incredibly refreshing. Maybe it’s because I fell in love while walking across the Brooklyn Bridge or simply because New York just always make me smile, but Brooklyn Blurs makes those long bus rides feel like a blur.

Loneliness: Hurricane by The Hush Sound

The Hush Sound is my favorite indie band of all time so choosing just one of their songs was a tough decision but Hurricane has such powerful lyrics and a haunting melody that I couldn’t leave it off my list. As I mentioned in a recent article about travel blogging, loneliness is part of the gig. Of course, most of the time I’m over-the-moon happy but sometimes late at night, as I sit alone in my hotel room, I can hear a whisper of sadness. In this song, the lyrics are so simple yet so complex. I’ve found online forums where people passionately debate over what the lyrics really mean.

Reflection: On the Surface by Civil Twilight

Civil Twilight was one of the bands I worked closely with while employed by the record label. Hailing from Cape Town, these guys are some of the nicest people I’ve had the privilege of meeting while in New York but that has little to do with why I like this song. For me, travel is all about learning new things, opening one’s mind to endless possibilities and breaking out of your comfort zone. With all these challenges, reflection is a natural progression. This song always manages to stir up some sort of emotion within me.

Endless Hallway was another band I learned about while working in music and I’m not quite sure what they are up to these days. Their music was much edgier and more alternative sounding than anything I’d ever voluntarily listened to but I soon found myself playing Shallows on repeat. The song has a lot of imagery in it and references getting lost in all the languages of the world. I’ve since tried to turn some of my friends into fans of this band but my efforts have proven unsuccessful thus far. Regardless, I think they are great.