All My Mighty Moments in Utah 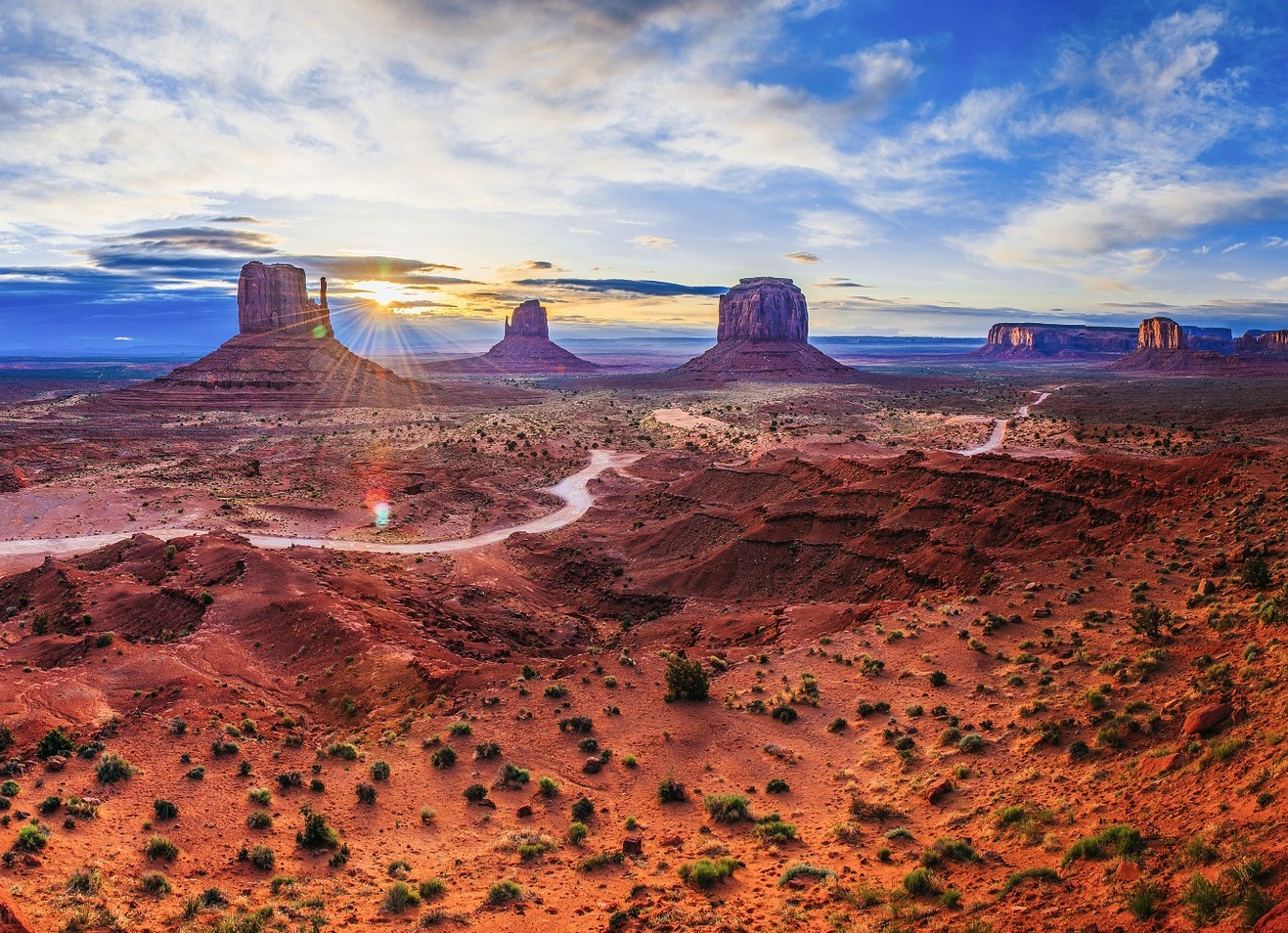 If you hadn’t inferred this from my Instagram feed yet, I’m mildly obsessed with Utah! One of my goals this year has been to explore more of my own country rather than jetting across the globe. Don’t get me wrong; I LOVE traveling to far flung corners of the globe but I also don’t want to forget about my own backyard.

So, when Skyscanner invited me on a roadtrip with Visit Utah to celebrate the 100th anniversary of the National Parks Service, I was game. OK, quick plug about Skyscanner because I’ve been using their platform since 2012. Besides yielding budget flight, hotel and rental car results, they also give users intel on traveler behavior, which is invaluable info for when you’re planning your trip and unsure of where and when to go to save money. 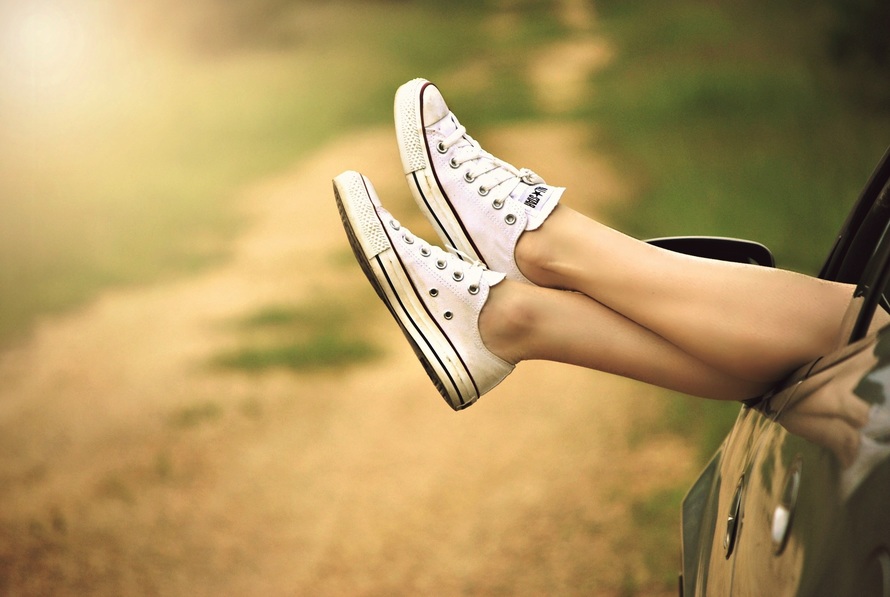 Our first big adventure was…I kid you not…an 11-hour canyoneering adventure with Chris of Get in the Wild. In a nutshell, the sport of canyoneering is a combination of hiking, rappelling and climbing through canyons. It’s not easy but it is something I’d recommend to active travelers or those wanting to push your limits.

Despite being challenged mentally, physically and at times, psychologically, I somehow powered through it. For my first repel, I literally imagined I was going into the Hunger Games and two minutes before, I practiced my power poses. Well, it worked, because that “fight or flight” mode kicked in and I kicked butt. My fear turned into adrenaline and adrenaline turned into fatigue. Repeat. Reverse.

Having just met my fellow travelers less than 24 hours before, I wasn’t quite sure how this would go down. It’s strange how all-encompassing challenges like these really bring people together. At the 11th hour, I felt like I had known these ladies for a lifetime. It also helped that our guide was beyond phenomenal. Not everybody can lead a group of canyoneering newbies through an otherwise deserted park but he did…magnificently.

48 hours ago I conquered 2 of my biggest fears: heights and claustrophobia. It wasn’t easy but after 8 hours of canyoneering (hiking, climbing and repelling) I did it! What fear have you conquered? A big congrats from me to you. ???? Thanks @getinthewild @visitutah and @skyscanner for making it happen. #mymightymoment

My next “Mighty Moment” came quite unexpectedly. We had just visited the Anasazi State Park Museum when the museum’s Park Ranger invited us over to his farm. Fast-forward five-minutes and I’m driving down a dirt road, surrounded by gorgeous, white horses and skies for days. It’s almost as if I’d stepped onto the set of a country music video. The next half-hour was pure bliss as I visited his animal friends: two majestic horses, one very wide-eyed caged bird and a dozen chickens.

I’m totally smitten with this little vixen, aren’t you? We literally went off the beaten path on our Utah road trip with @visitutah and @skyscanner and found this local farm. In addition to these cuties ???? there were little chicks ???? that just hatched. Day made! #mymightymoment

Up next was one of the best views I’ve ever seen. We drove to Capitol Reef National Park, aka the evocative world of spectacular colored cliffs, hidden arches, massive domes, and deep canyons. It’s a place that includes the finest elements of Bryce and Zion National Parks in a less crowded setting.

If you’re wondering if most of Utah looks this gorgeous, the answer is yes. The state’s landscape is truly one of a kind. Much of it is covered with sandstone goblins, arches and hoodoo formations. As such, it’s often compared to Mars. So, if you don’t think Utah is “far enough away” for you, remember that! Utah is the closest you’ll get to Mars without launching a rocket into space.

Wide open spaces! Seriously though, when I see this much nature I second guess why I’m a city slicker. Believe it or not, this canyon, aka The Water Pocket Fold, was created by tectonic movement. It even used to be under the sea 226 million years ago. ???? #MyMightyMoment #curlyhair #wild #adventure

Despite giving up coffee earlier this summer, I indulged in a local favorite en route to our next stop. This Salt Lake City-based brand doubles as a Barista Academy and Store, which is pretty awesome IMO. With a “simple, honest and handcrafted” approach, they bottle up their best brews for people like me to enjoy.

Morning coffee is so much better when it’s with a view…and bottled! Thanks @labarbacoffee for keeping me alert while on the road ☕️ #MyMightyMoment

Okay, back to Capital Reef. Our group opted for a leisurely hike so I roughed it in my maxi dress to get the perfect shot. While I’m sure I looked wildly out of place, I felt a bit wild myself. At this point we were in the heart of Red Rock country, at a different motel each night and at some points, quite literally in the middle of nowhere. My life coach once said how it’s ironic that people go to nature to enjoy a bit of silence, because nature has so many sounds that it sounds like a symphony. I couldn’t agree more.

Spot the boho! ❤️ Another memory from my road trip through Utah…and yes, I actually hiked this one in my maxi dress. ????

Perhaps the biggest highlight of my Utah road trip was one that wasn’t planned. But, aren’t those always the best kind? As we headed to our hotel in Escalante, it almost felt like we were chasing the sun. Streaks of yellow, orange and purple dripped from the sky and before we knew it, the mountains were shielding our view.

So, we booked it back to Kiva Koffeehouse, where we had a unrestricted, 360-degree view of the Escalante Grand Staircase National Monument. The cafe was closed but we weren’t there for coffee anyway. I bet we stood there for a good 15 minutes but nobody was counting. Time both stood still and sneaked by us in a blur of beauty that slipped through our hands. Before we knew it, nightfall crept in.

I might be home sweet home in Virginia this week but I’ve got Utah on the brain. I felt so free here and better yet, unafraid. What magical place has taught you how to be brave? #skyscanner

Last but certainly not least, was our visit to Bryce Canyon. Utah is known for having some pretty cool looking “hoodoos,” which are essentially rock pillars standing solo and caused by erosion. You’ll see hoodoos in every continent of the world but Bryce National Canyon has the largest collection of these curiously fascinating structures.

While we didn’t hike this one, I actually preferred it that way. Despite being a major tourist attraction, the lookout point was not crowded at 10am in the morning. I didn’t have to fight for a view or wait my turn for a solo photo. There was no boisterous group making a scene; instead, it was one of those unexpectedly quiet moments when you realize just how small you are…and that that is okay.

Is it just me or do I kind of blend into Bryce Canyon in this shot? What a view!

This shot, also at Bryce Canyon, pretty much sums up my feelings toward Utah. If I had to sum up my experience in a few words, I’m not even sure I could do it. It was more than the raw beauty of the landscape that did me in; It was every bit as much the people I met, the adventures I had and the challenges I faced. It’s amazing how you can literally be off-the-grid for a week and yet feel like you’ve gained tremendous knowledge and heightened your awareness.

Bryce Canyon what have you done to me?! Feeling like I can touch the sky. #blessed #mymightymoment

What off-the-grid destination blew you away? Tell me in the comments below!

This post is in collaboration with Skyscanner and the Visit Utah. All opinions are my own.