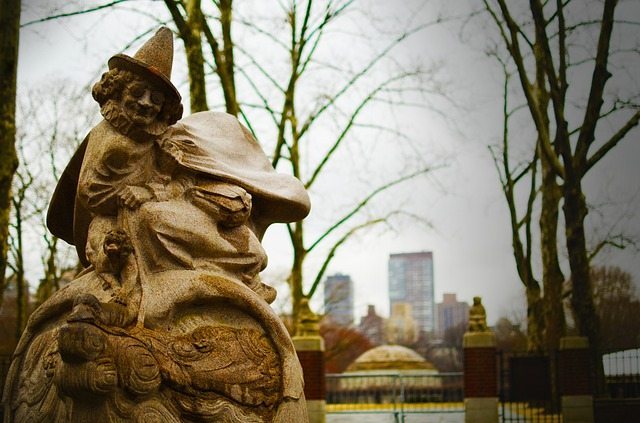 After a summer spent in DC, South America and then Mexico, mid-October marked the time for me to return to the city I fell in love with: New York. Spending the summer away from the hustle & bustle of city life was harder than I imagined. When I wasn’t traveling abroad, I was finding any excuse to visit the city. Much to my embarrassment, I even found myself missing the days when I would wander down a downtown street or take the subway and be haggled by pseudo homeless people. But now that I am back, I’ve been staying very busy.

Here are a few things I’ve been up to the last few weeks:

Sleep No More NYC: A last minute invite for my boyfriend and I from our friends got us both out of the drizzly rain and headed to the Chelsea-located McKittrick Hotel where the entire production took place. Sleep No More was an experience equally thrilling as it was frightening. The re-created hotel transforms into Shakespeare’s MacBeth, as characters (some obvious, others not so much) wander from room to room interacting with each other as though you aren’t even there. Making things more interesting, guests that night were instructed to wear all black in addition to putting on creepy, white masks. Since this was one of their Halloween celebrations, after the climactic ending (which I won’t give away) they threw a huge party, full of jazz and fury.

Quarter-Life Crises: November 1 marked m 25th year of life so naturally I celebrated. I hosted a huge brunch party at Mappamondo in West Villageand was pleasantly surprised by the amount of friends who were able to drag themselves out of bed after a night of drinking and dressing up for Halloween. The restaurant is covered in world maps, so when I popped in here for a quick drink, I decided then and there that this should be where I celebrate another year of a well-traveled life. 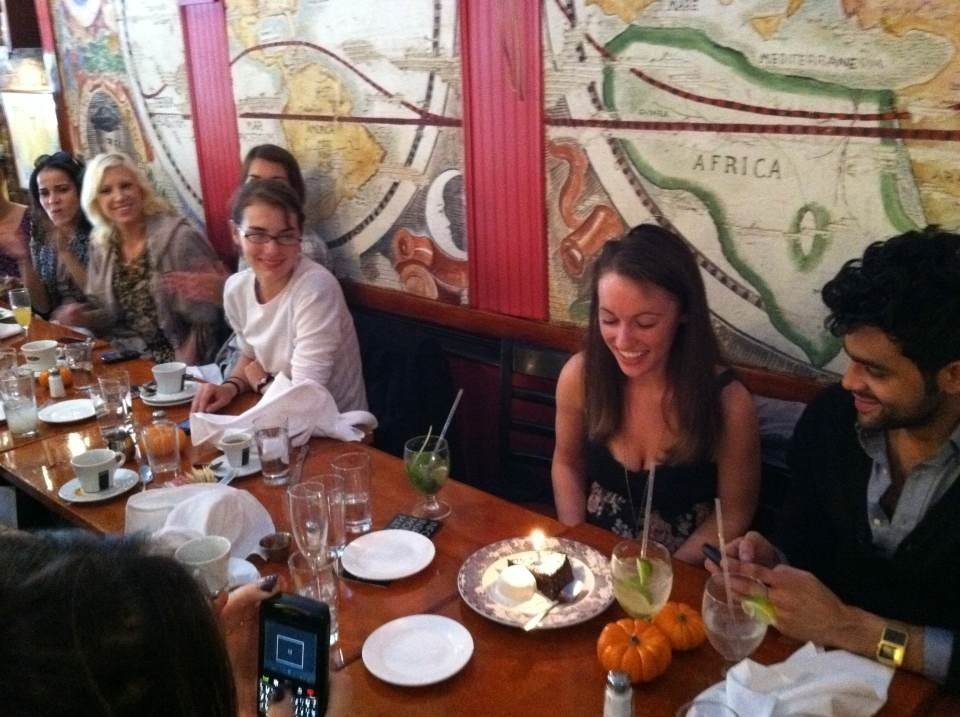 Occupy Wall Street: I happen to need allergy shots every few weeks, and on my last visit I realized that their high-rise office building actually overlooks Occupy Wall Street. I must admit that when I was traveling through South America and Mexico I had a tough time staying up to date with the rest of the world, but I finally decided to see first hand what everyone has been talking about. There are tons of protestors out there daily, but it was very peaceful from what I could see. Many of them were just looking for someone to listen, while others were talking to themselves or trying to sell CDs and books. I was both confused and slightly intrigued by the whole experience. 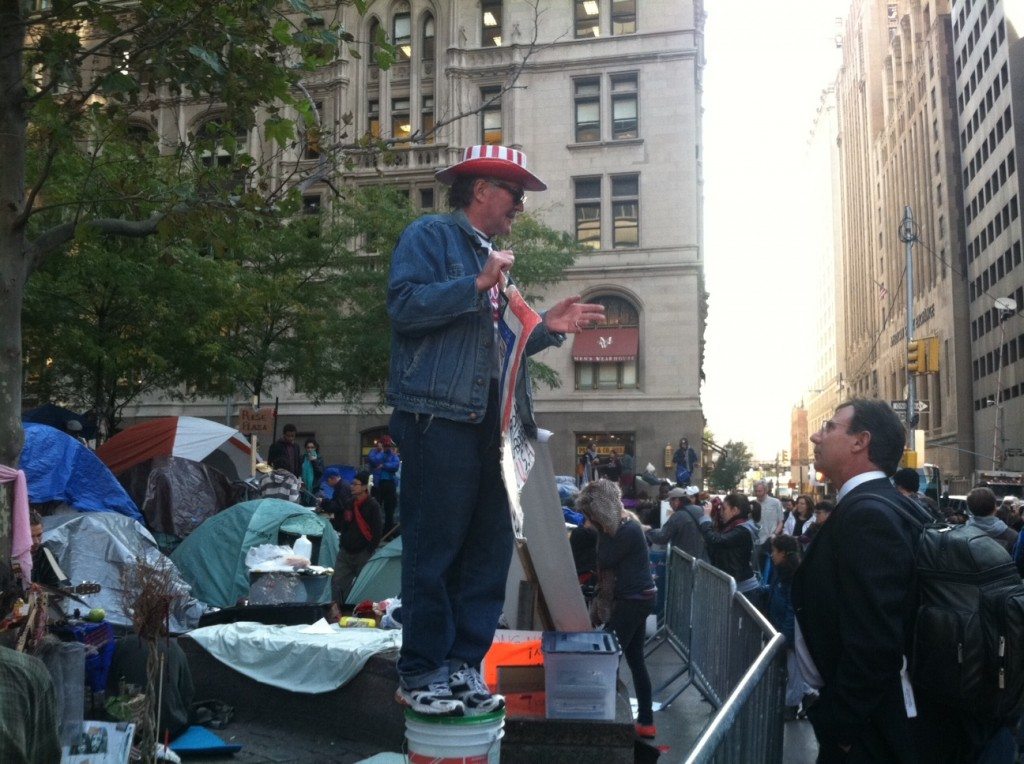 Jazz Bars: I’ve also been becoming a huge fan of Jazz. My new neighborhood is the very upper tip of the Upper West Side – almost Morningside Heights and I’ve been finding famous and non-famous jazz bars, popping inside, and finding it hard to leave my seat. Smoke and The Underground Lounge are currently my favorites.The Underground has open mic nights every Sunday so my goal in the next few months is to rehearse a song and perform on stage.

Tuxedo Park: Taking place this past Wednesday was Tuxedo Park, an event held at Bungalow 5 Showroom, combining paintings from Annika Connor (featured in our Art section). The showroom itself is absolutely stunning so having Connor’s paintings, which ranged from colorful rooms to lively underwater life, added the perfect elements of intrigue and sophistication. Champagne and hors d’oeuvres were served to a crowded room of writers, artists and party-goers. 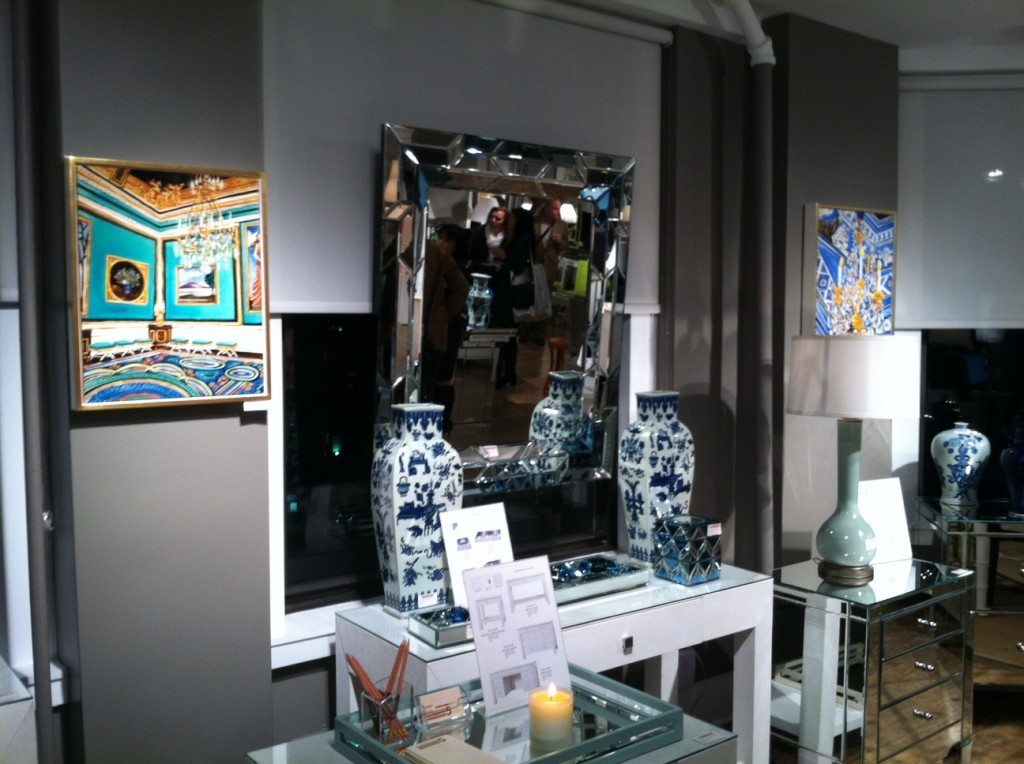 Empire State of Mind: Several months ago, I went to Taylor for an event with the Guinness Master himself. This  week they hosted a holiday party for their client Diageo, which meant free and very tasty cocktails, a spectacular view of the city at night (their office is located in the Empire State Building) and a lovely bottle of high-grade Tequila as a parting gift.I was personally thrilled to learn that Nuvo has a new lemon flavor.