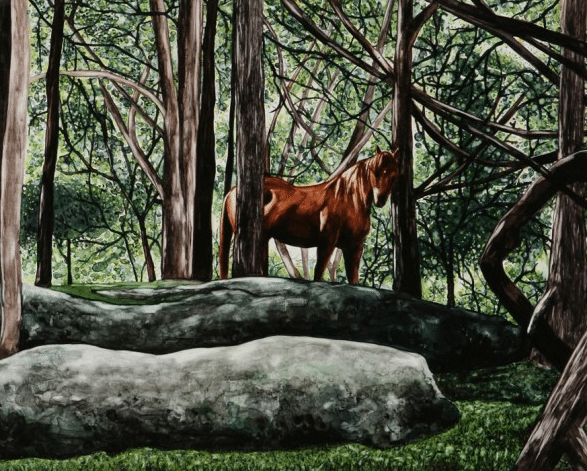 It’s hard to find just the right word to describe Annika Connor. The young and vivacious Manhattanite also happens to be a renowned painter who has lived and traveled all over the globe.

Hailing from Atlanta, Georgia Connor can easily spend up to sixteen hours a day painting, adding to her extensive collection of pieces ranging from whimsical ballet scenes to otherworldly landscapes. When she’s not hard at work on her next creation, Annika devotes her time to encouraging other aspiring artists to further develop their own craft, thus making her a common fixture on both the art and social scenes of New York.

An oil painter since the tender age of nine, Annika has lived in Atlanta, Chicago, North Carolina, London, Stockholm, Barcelona and now New York.  I was able to catch up with Connor and briefly slip into her mind long enough to learn how travel has served as an inspiration in many of her brightly colored and dreamlike landscape paintings.

Although Annika grew up in America, she is half Swedish and many of her childhood summers were spent visiting her mother’s family in Stockholm. Travel and culture have always been encouraged in her family and have helped shape Annika into the artist she is today. 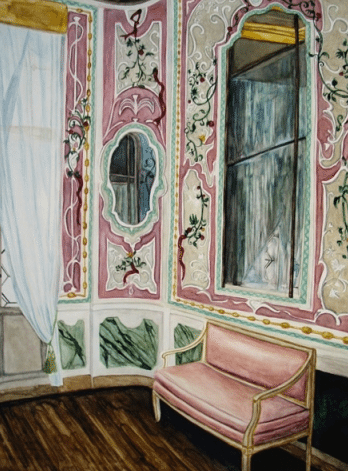 “Casanova’s Pauses” is a clear example of Connor’s aesthetic for ornate elegance. Ever since Annika can remember, she has been traveling throughout Europe, visiting galleries and taking in the old-school decadent interior of palaces around the world. This painting has distinct romantic and feminine qualities and speaks to viewers in different ways.

Connor’s ability to not only recognize and recreate elements of beauty for her buyers is one of her notable strengths. She chooses to create dreamlike images to inspire happiness in others, allowing them to see beauty where they might not have known to look. 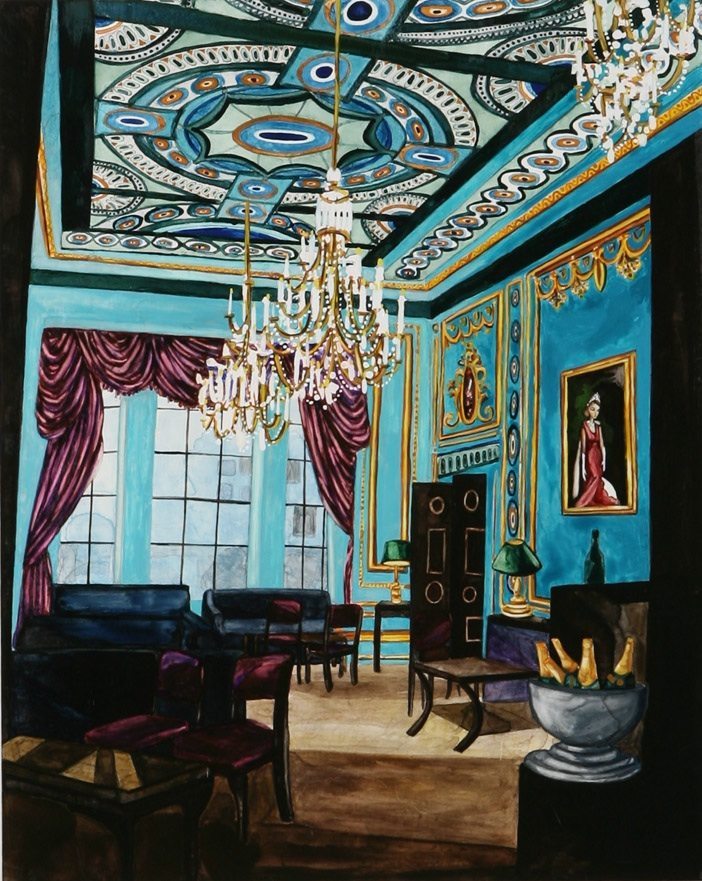 “The Meeting” is inspired from Annika’s time spent living in London. Despite the obvious beauty depicted in this piece, Connor believes that anything containing beauty also has the potential for destruction of some sort.

In this painting, the empty room is devoid of people and has an almost ominous feel, further adding complexity to the image and creating a sense of longing to be back inside this memory.

“Today’s Yesterday” is one of Annika’s favorite paintings. Taken during a trip to Virginia with a friend, Connor quickly found herself face to face with a majestic horse wandering around the forest.

The initial image of the horse reminded Connor of old Swedish fairy tales that her mother used to read to her as a child.

Although this painting was inspired from Virginia and created in New York City, it actually now resides in Hong Kong.

While fairy tales helped inspire this piece, the women who now owns “Today’s Yesterday” felt a spiritual connection with the painting because she was born in the year of the horse in Chinese Astrology. 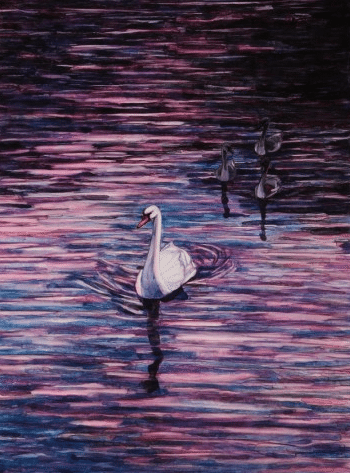 “Bliss of Always” is one of Annika’s paintings where the location is not revealed in the title. While much of her inspiration comes from specific travels in her own life, sometimes she leaves a little to the imagination, thus allowing the painting to speak to each viewer in a different way.

In many ways, this lake could be anywhere, and by not specifying the location, the viewer can allow his own imagination to run wild just as Connor’s had during the creative process. 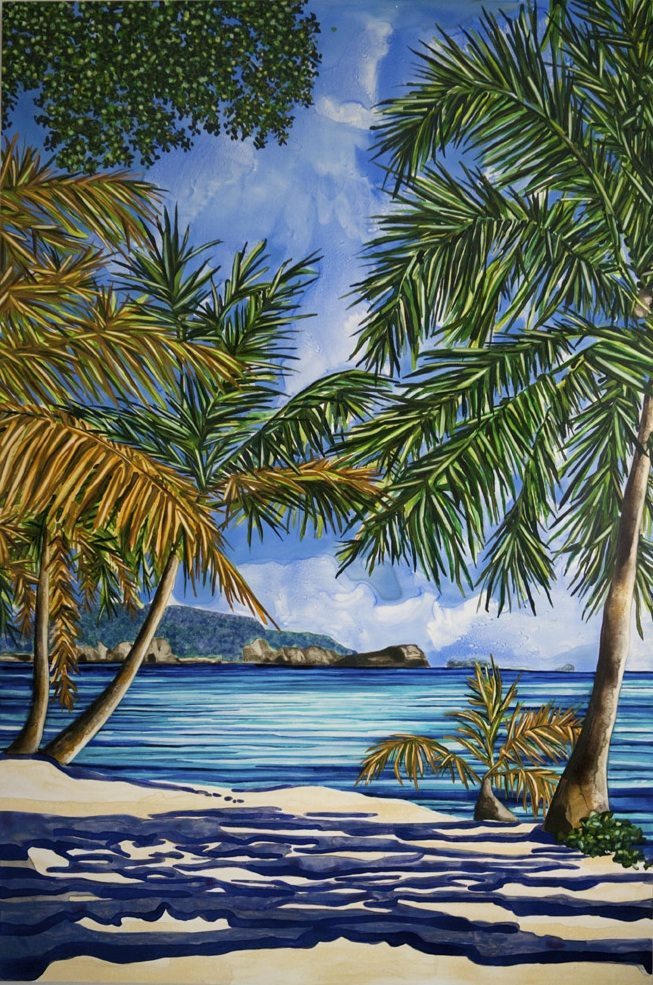 Not to be left out is “Lagoon”. This piece is a personal favorite of Connor’s, primarily for the special memories this locale bring to mind. Just mentioning the small Carribean Island of Mustique brings a sly smile across Annika’s face. She laughingly explains that as a young girl she received her first kiss here and on a more recent trip, she scored Mick Jagger as a dance partner at a New Years Eve party.

Sounds like I may need to pay this island a visit!

For more information on Annika Connor, visit her gallery.