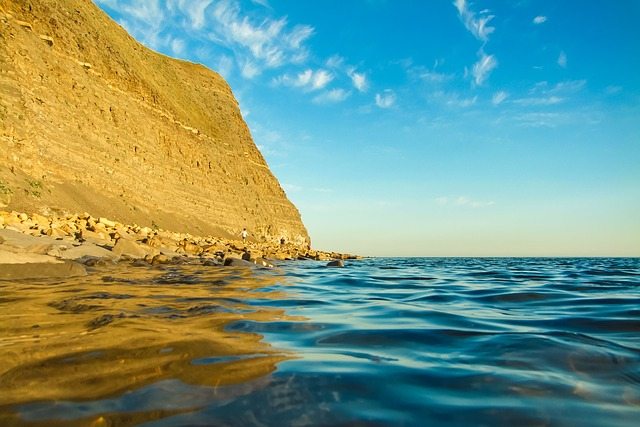 During my semester studying in London, I took full advantage of traveling throughout the country. It didn’t take me very long to discover that England was a world of its own in many ways. As a self-described literary nerd, I was completely dazzled by cities and towns like Bath, Stratford-upon-Avon and Oxford. Not only were these villages visually stunning but they also hold so much literary significance.

Since I didn’t have the courage to drive while in London, I took the train whenever possible. For many of my daily excursions, however, I signed up for bus tours, where I coud sit back, relax and marvel at the green grass outside my window. If you are thinking of renting a car and touring the country, London is a great starting point since most international flights connect there.

Below are five destinations in England that I definitely recommend visiting. In the event that you do drive, I’ve included a few fun-fact driving tips.

Even though the renowned British author only lived in Bath from 1801-1806 and never liked it much, she is often associated with the quaint city. Bath is located just under 100 miles away from London in South West England, making for a perfect day trip excursion. The city is also a UNESCO World Heritage Site so even if you aren’t an Austen fan, there are plenty of cultural attractions to keep you entertained including the famous Roman Baths. The Jane Austin Centre (40 Gay Street) is a permanent exhibition paying homage to her life and writing. Two of her works: Northanger Abbey and Persuasion are mainly set in Bath.

Driving Tip: England is notorious for having hidden speed cameras so even if you think you are in the clear, you probably aren’t. Resist the urge to speed and always keep an eye on the road speed limits. 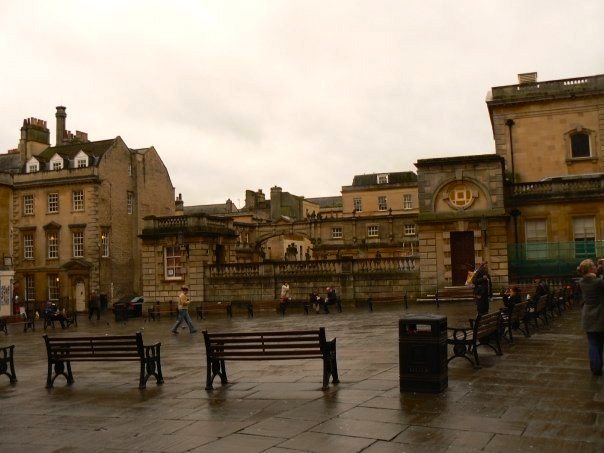 If you’ve ever read The Canterbury Tales, then you will undoubtedly have a field day in Canterbury. Written by Geoffrey Chaucer near the end of the 14th Century, the collection of stories are filled with colorful and crazy characters that are hard to forget. The city of Canterbury lies in the district of Kent in South East England along River Stour. Besides the Canterbury Cathedral, you can also see the Ruis of St. Augustine’s Abbey and a city wall dating back to the Roman Times. There is also a Canterbury Tales attraction where each story is recreated in a hilarious, if not a little creepy manner. It’s a great refresher if you haven’t read the tales in a few years and also a good crash-course if you’ve never read them at all.

Driving Tip: Don’t forget to turn on your front and rear lights. Even if you can see perfectly fine, technically drivers are required to have lights starting half an hour after sunset and the half hour before sunrise. 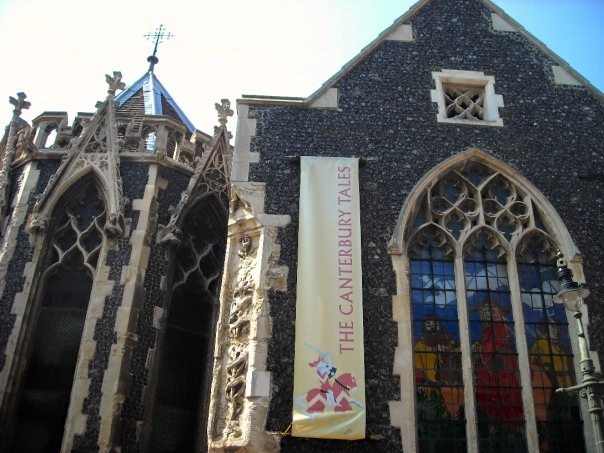 Oxford: Alice in Wonderland, Harry Potter & everything in between

If there was a Mecca of English literature, Oxford would be a fierce competitor. Harry Potter movie fans will likely recognize Christ Church because this is where the scenes in The Great Hall were shot. Lewis Carroll also found inspiration for Alice’s Adventures in Wonderland within the walls of Christ Church. It was here where Lewis met Harry, Alice, Lorina and Edith – one of which would become a fictional character in his novel. Both C.S. Lewis, author of the series, The Chronicles of Narnia and J.R.R. Tolkien of The Lord of the Rings trilogy served as Oxford faculty for several years. Clearly, if you are a fan of children’s books, Oxford is the city for you.

Driving Tip: Get familiar with English driving language. Do you know what a “bumper”, a “roundabout”, an “A-Road” or “B-Road” is? If not, you better start learning the lingo now before hitting the open road. 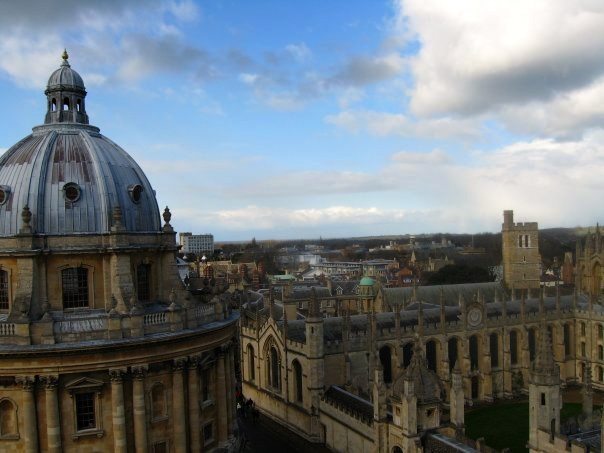 Ah, Shakespeare, how I admire thee! I can honestly say that if I could meet anyone alive or dead it would be Skakespeare. Walt Disney ranks a close second. Some of my favorite literare classes in high school and college revolved around Shakespeare’s comedies and tragedies. His ability to create complex scenarios and even more complex characters never ceases to amaze me. If you have the slightest admiration for the famous playwright, then head straight to Stratford-upon-Avon. Located in rural Warwickshire, travelers can visit the birthplace of William Shakespeare. You can also stop by The Royal Shakespeare Theatre and Anne Hathaway’s cottage (no, not the actress).

Driving Tip: If you have a tendency to get road rage, the English countryside will test your patience. As tempting as it is to pass that old couple driving ahead of you, keep your cool and just enjoy the scenery. Countryside roads are rather narrow so it’s better to be safe than sorry. 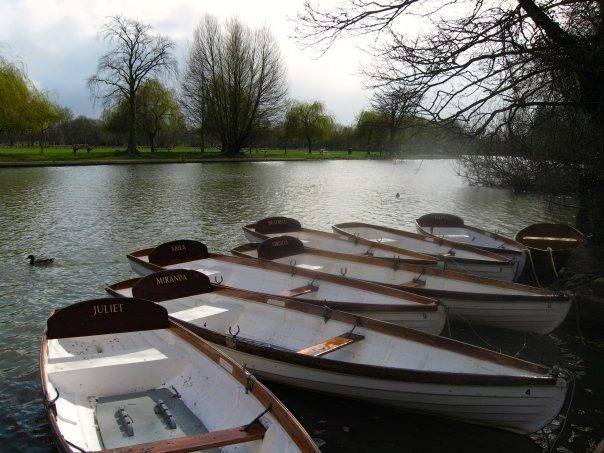 I couldn’t leave my beloved London out of this round-up. Although more of a cosmopolitan city than a quiet countryside escape, London is home to some of my favorite literary heroes. Peter Pan by Sir James M. Barrie is my absolute favorite book so naturally, any trip to London is not complete without my visiting the Peter Pan statue in Kensington Park. Barrie’s former home is located at 100 Bayswater Road, just opposite Kensington Gardens and closest to the Lancaster Gate Tube stop. Similarly, Keats’ house is located at 10 Keats Grove, Hampstead. Regardless if you are an avid fan of Keats’ poetry like I am, Hampstead is a beautiful place to walk and talk and even picnic if the weather behaves.

Driving Tip: Driving in any city is bound to be a challenge and in the UK you also have to adjust to driving on the other side of the road. Forget the concept of “Right on Red” because it doesn’t exist. Just wait until the light turns green to make your turn. 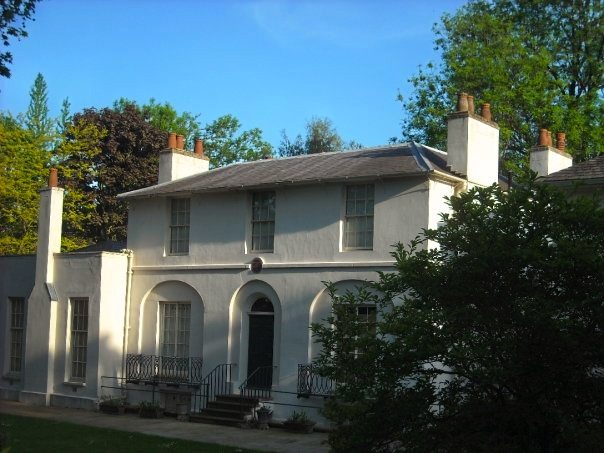