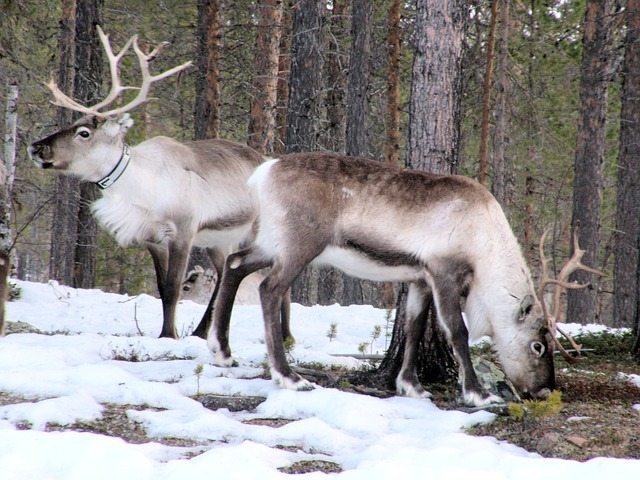 Two summers ago I got the chance to spend a few days in Lapland (Finland to be exact). While I’ve never visited Lapland in winter, I can only imagine how beautiful it looks with all the fluffy white snow all over the place. If I were to go back to Lapland in the wintertime, here are some of the adventures I’d fill my days with.

1) Be an Elf at Santa’s Workshop

During my stay in Lapland, I spent two nights at the Santa Claus Holiday Village in Rovaniemi, which of course made the five year old in me giggle with glee. Not only can you stand along the Arctic Circle, but you can tour through Santa’s interactive workshop. This attraction is obviously geared for real kids but I was pretty impressed by the detail that went into the workshop. I was traveling with an international group of bloggers and Santa spoke all of our languages and never broke character. The only downside of visiting in the summer is that there is no real snow to give you that North Pole feeling and staying in a cozy winter cabin with no snow just doesn’t feel quite right.

2) Sleigh Ride through a Snow-Covered Forest

If you thought that my childhood ways ended at Santa Claus, think again. Every winter, whenever it snows and right before the snowplows come to mess it all up, I envision that I’m in Narnia. During my February 2012 trip to Norway, I took a sleigh ride through a forest and it was unreal. I was ready for Mr. Tumnus to hop out of the bushes or for the White Witch to coyly offer us some turkish delight. But fictional books aside, Lapland is absolutely stunning in winter and the quiet stillness around you is very refreshing, especially if you compare it to New York. There are about as many Reindeer in Finland as there are people and this is one of their favorite pastimes.

3) Try to See the Northern Lights

The operative word in this phrase is “try” because after all, seeing the Northern Lights in Finland or anywhere else is not a given. Since this is probably on everyone’s list of things to do while in Lapland, it’s best to not get your hopes up. That way, you’ll be nothing but ecstatic if your luck strikes. February is generally a good month for the Northern Lights and you need clear skies with no clouds for everything to fall into place. Many travelers suggest heading to Inari because it’s in a great position for the aurora borealis. If you don’t get to see the colorful light display, just embrace the surroundings you do have. I’m obsessed with star gazing when I travel because I’m not used to seeing any back home.

I believe it was the blizzard of 1996 that prompted my Dad and I to build an igloo. He was just playing along to keep me amused but I was really hoping that this would be my new hideaway and it was, at least for a few more days. Anyway, Lapland has some really impressive ice architecture on display and it sure trumps my attempt at a mini winter home. The Lainio Snow Village is a great starting point and, as there is a little bit of everything here. In addition to viewing different types of ice art, the village has a bar, restaurant and fancy hotel suites, all constructed in crystalized water. Whether you want to spend a night at the ice hotel or not, it’s something you won’t find many places.

Just as there are as many reindeer as people, there are as many saunas (if not more) than personal cars in Finland. Another thing to note is that going to the sauna isn’t like going to the spa. This is one of the most popular activities for locals and one that is a very important part of Finnish culture. This is the place to relax with friends and family and it’s more of a way of life to Fins rather than a once in awhile treat. In fact, historically, many women gave birth in the sauna before nurseries came onto the scene. For an all-around Lapland experience, go to Levin Lapinkyla for an all-around but if you’re looking for the ultimate sanctuary, Ylläs’ sauna gondola is sort of considered the most luxurious. 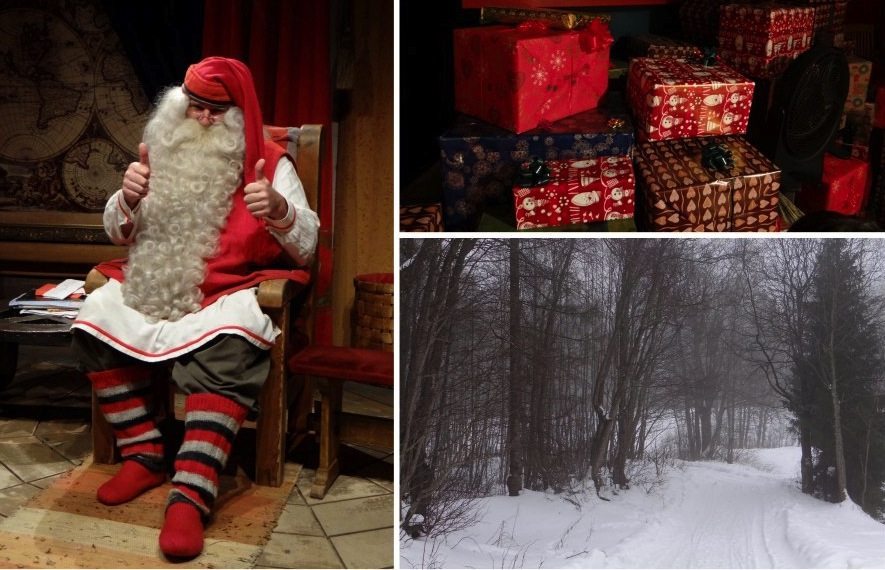