The Introvert’s Guide to Cruising 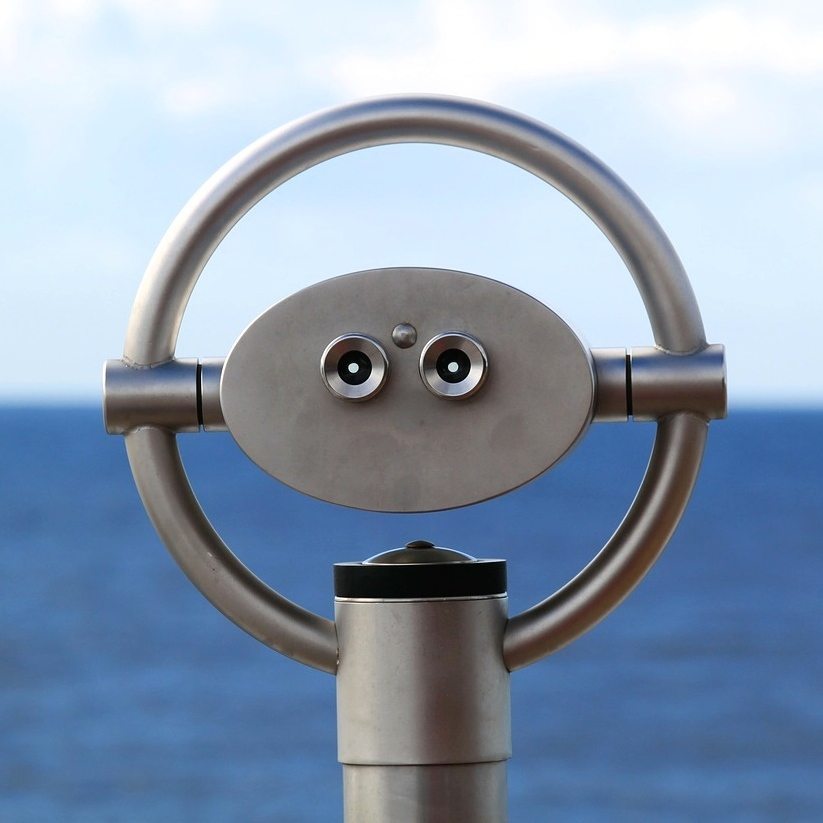 Back in July I went on a cruise through the Mediterranean with Regent Seven Seas Explorer. It was their preview voyage, kicking off in Barcelona and concluding in Monte Carlo. All in all, the ship was gorgeous and the destinations, fascinating. That said, I didn’t have my hubby in tow like I had planned, which meant navigating the world of seasoned cruisers solo. 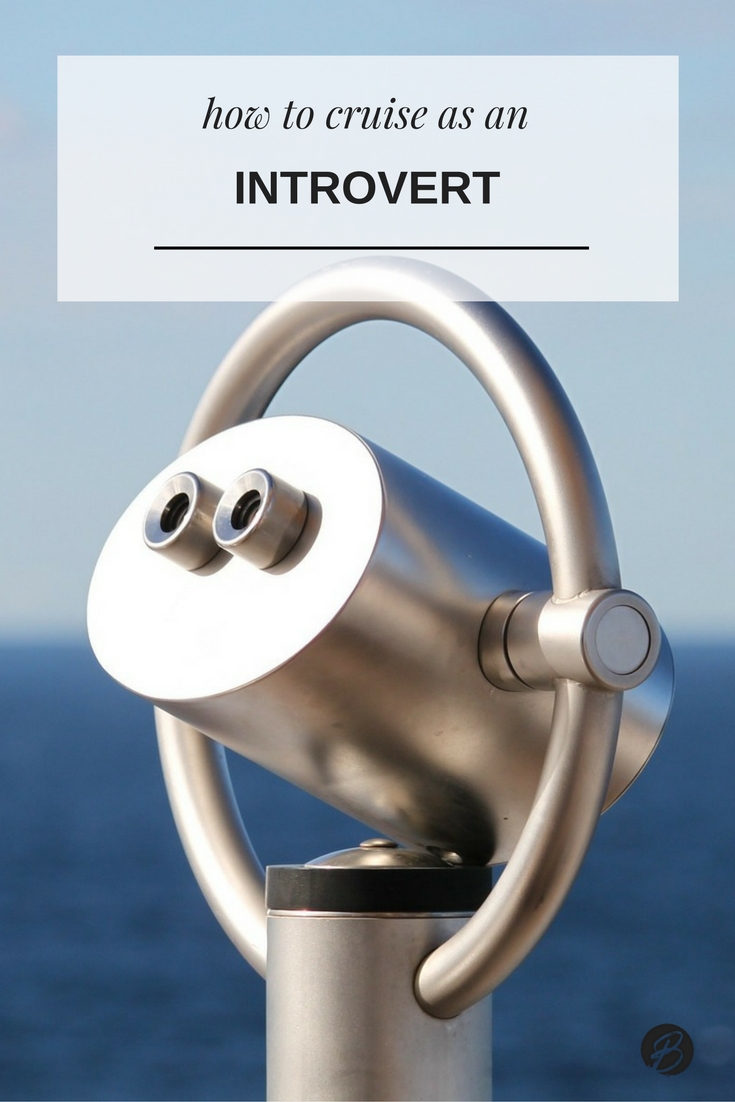 While my experience aboard the Regent was top notch, I did have moments when I felt out of place or over-exposed and it made me ponder whether fellow introverts dealt with the same emotions. We all have our social challenges but that doesn’t mean you can’t thoroughly enjoy being around hundreds of other people.

Here are 5 tips for surviving a cruise as an introvert. 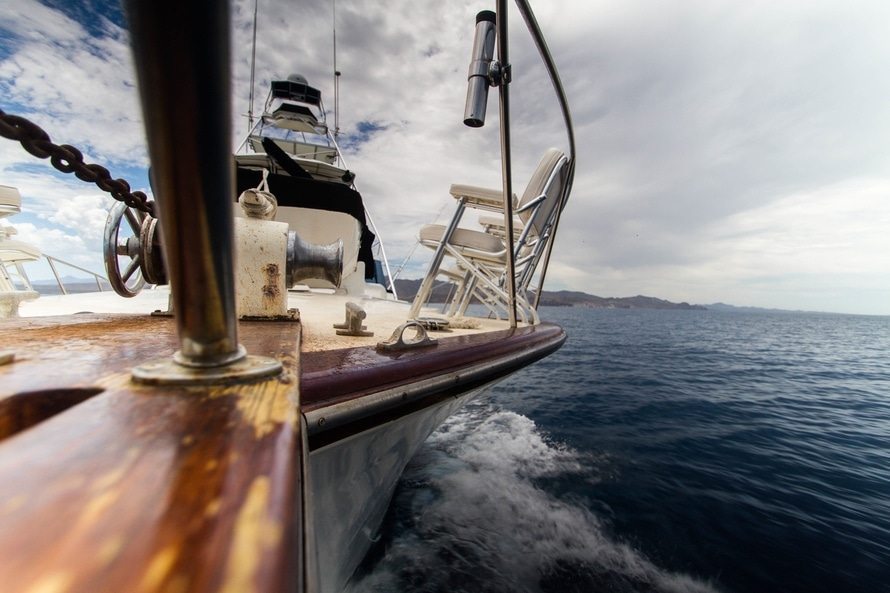 This is probably the most important tip of them all. Having only been on one cruise prior to the Regent Seven Seas, I wasn’t expecting much. I was excited, sure, but I remember my first experience feeling over-crowded and not culturally immersive enough. Similar to tours and hotels, different cruises appeal to different people. Many house several thousand passengers at once while others attract a young and wanna-get-drunk crowd. You need to do your research and set clear expectations.

One of the reasons I decided to embark on the Regent Seven Seas Explorer is because it was the opposite of my former experience. There are a maximum of 750 passengers on board, an impressive staff-to-passenger ratio (there are 552 crew), gourmet meals at several elegant restaurants, complimentary shore excursions, and perhaps best of all, an endless flow of top tier liquor. Sure, 700 people still might be more than you’re used to, but it sets you up for success. 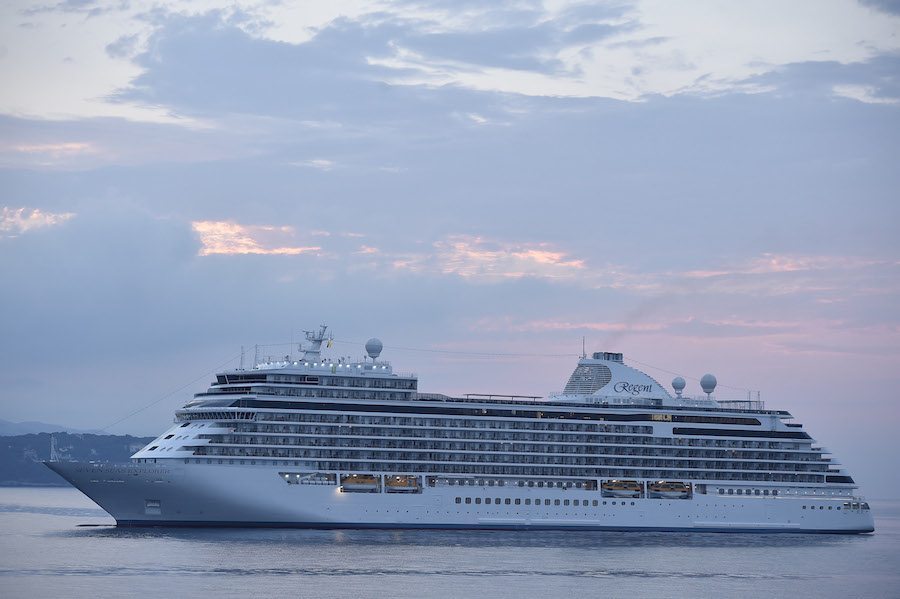 Feeling overwhelmed already? Trust me, I’ve been there! Cruises are large and with the exception of shore excursions, there’s only so far you can feasibly go. In the case of the Regent Seven Seas Explorer, I was in luck. There was an on-site spa and it proved the perfect way to relax before the ‘real’ cruise really began. Most ships will have spas and if not, consider taking a dip in the pool early in the morning when most guests are sleeping.

For me, my happy place was the spa but if you’re not in the mood to pamper yourself silly, consider retiring to your room early. The rooms in the Regent were fairly spacious and all were equipped with an en-suite balcony, so that definitely made it easy to eat breakfast there or spend an hour or two catching up on work without the constant buzz of chatter. If you don’t have a balcony, which is likely the case for more cruisers, consider planning your meals outside of “rush times.” 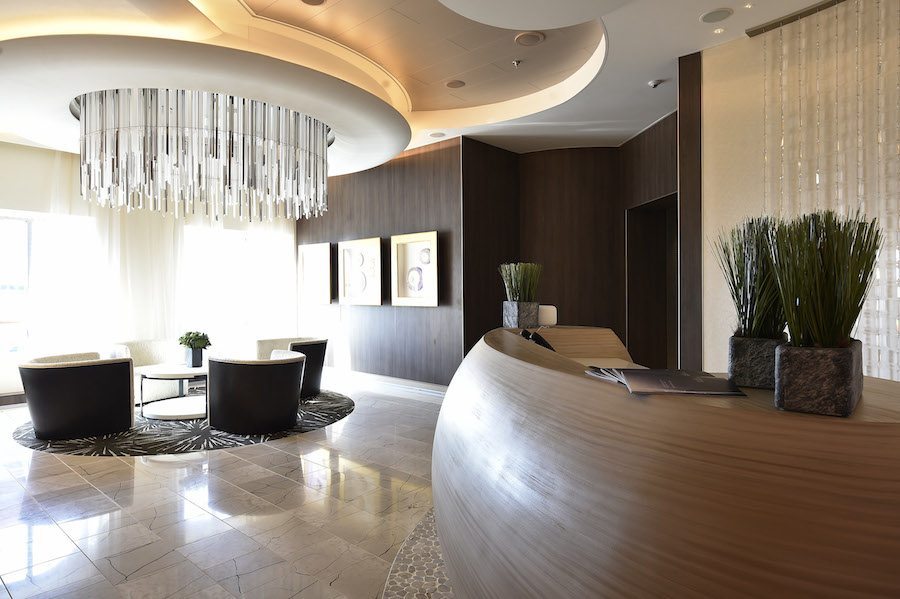 In the case of the Regent Seven Seas, our journey included unlimited shore excursions. That said, doing more shore excursion in one day is not recommended (I tried and it was exhausting). For the first two days at port, I happily went along with the group but by the third, I was too tired for another guided tour. This isn’t to say that the excursions weren’t great (they were) but I needed more “alone time” to charge my batteries.

For our final day, we docked at Saint-Tropez and instead of going along with my scheduled group tour, I decided to hit the beach with a few new friends. This was the BEST decision I had made in awhile. Sure, I wasn’t alone, but I felt way more independent and relaxed than I had on the guided tours. For my fellow introverts, I’d listen to your gut. If you feel like safety is an issues, you better stay with the group but remember that you can also explore with a buddy or two. 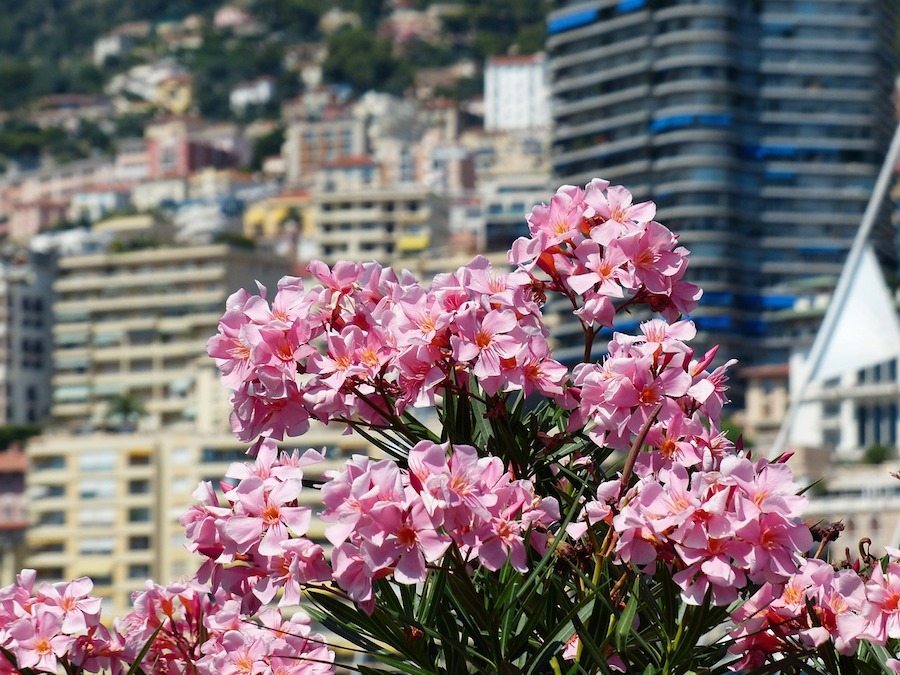 As an introvert, I sometimes find my shyness crippling. On top of that, I was traveling aboard the Seven Seas Explorer solo (my plus 1 had to back out at the last minute). Upon boarding, my insecurity of traveling solo on a cruise that’s about as romantic as they come came at me full-throttle. Surrounded by couples, I felt not only out of place but a tad pathetic. Of course, this was all in my mind, but the mind is a very powerful thing.

Most cruises arrange dinners within a certain time span so while you can avoid the breakfast and lunch crowds, dinners are more tricky. If you’re traveling alone as I did, swallow your pride and start talking. I soon learned that everyone seated at my table, despite being in a couple or friend group, was eager to mingle outside their circle. If nothing else, make a point to chat with your neighbor to your right or left. It might feel awkward at first but these “strangers” soon become familiar faces! 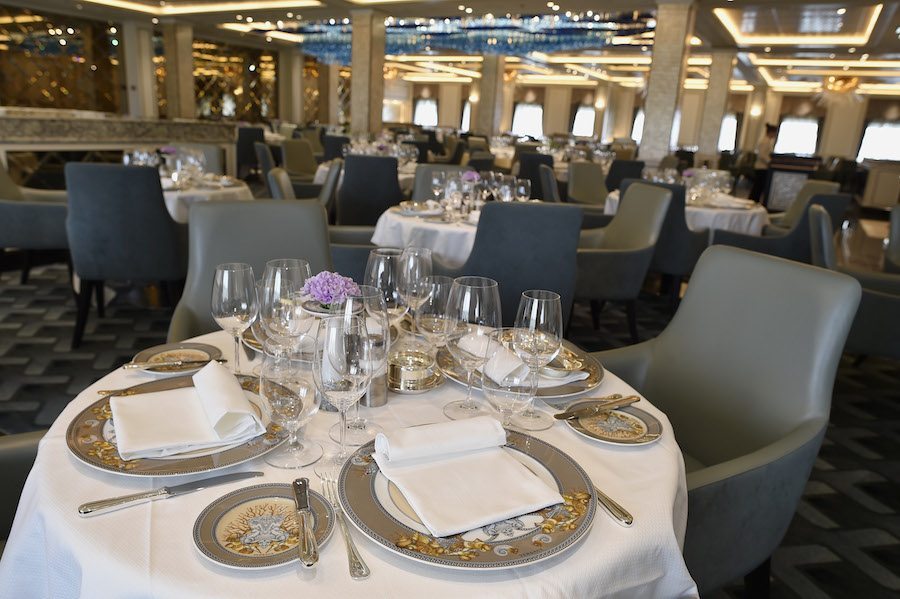 This is really a tip for everyday life but it’s something that can really help turn an uncomfortable situation into something much less stressful. As someone who suffers from anxiety, practicing gratitude can literally turn my frown upside down. On the Regent, I had so many “wow” moments, that I really had no time to feel anxious. Everything from the polite staff to the delicious cuisine and the gorgeous vistas felt magical…so magical, that I felt like an out of place pauper.

Granted, the Regent is billed as the “most luxurious ship ever built” but that doesn’t make one immune to negative thoughts. If you’re traveling with a friend or family members, try to block out an hour or two to yourself. For some, it might mean reading a book on the rooftop; for others, savoring a salt-rimmed margarita while answering emails by the pool will do it (yup, was me!). Whatever it is, make time in your day to find that balance. 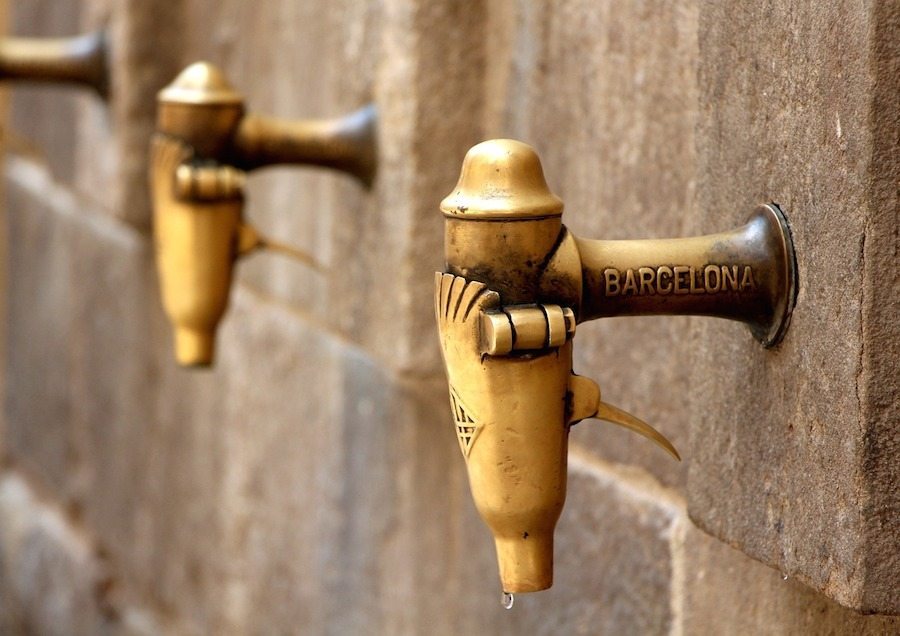 Have you been on a cruise before? Tell me in the comments below!

This post is in collaboration with Ketchum and Regent Seven Seas Explorer. All opinions are my own.