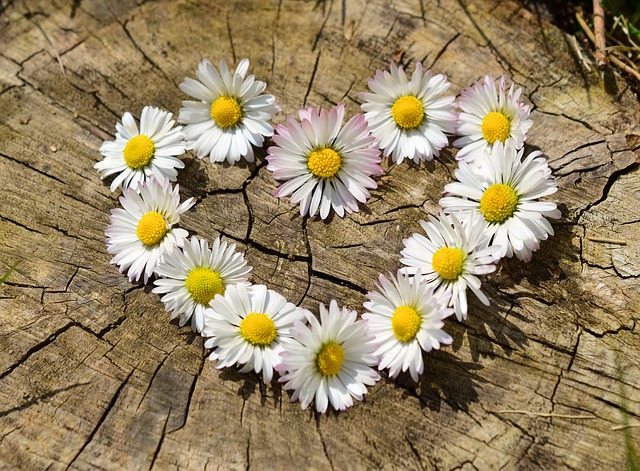 Like any traveler, there are cities and towns we visit that provide instant comfort to our wandering soles. To this day, I can think of five places where I allowed peace to swallow me whole. This may sound dramatic but I think everyone can relate to some degree. Many times we are surprised by the locations that end up triggering these inward feelings within but it’s not about when or where these magic moments happen but rather how they change our viewpoints.

Temple Tube Stop, London: As you already know, London holds a special place in my heart. I studied, worked and breathed in every part of this city, so much that I considered moving back after college graduation. My favorite view (which I actually don’t have a picture of) is on a little bench right outside of Temple Tube stop. I remember sitting beside the Thames River, staring straight ahead at the London Eye that shone in the distance and promising to return once I finished school. I was full of purpose and drive in this moment, which is why I recall it so clearly. Two years later I returned to the same peaceful place and told the city that I had found a new love – New York, and that I would not be around for awhile. It was as if I was saying hello and goodbye to an old friend. 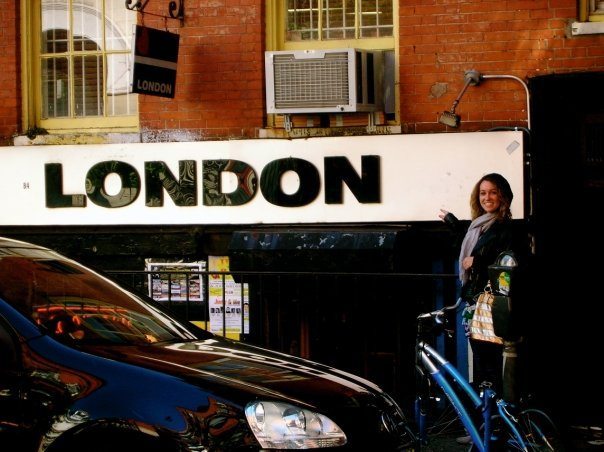 Discovering a London sign in the West Village, Manhattan

Alcazar Palace, Sevilla: Visiting Sevilla, Spain was one of my spur of the moment weekend trips. I had a friend studying there and after having to cancel a weekend in Barcelona to attend my Grandmother’s funeral back home, I decided to give Spain another try. After checking into my hostel, I began to explore the area and almost managed to completely overlook the entrance sign to the Alcazar Palace. Thank goodness the small line outside caught my eye because the palace is one of the most peaceful and beautiful places I have ever stepped foot. As I wandered through the grounds I felt as though the palm trees were my shield against the hot sun. The Moorish architecture truly transplanted me back in time, so much that I could actually picture myself living here years and years ago (you never know – it could have happened). 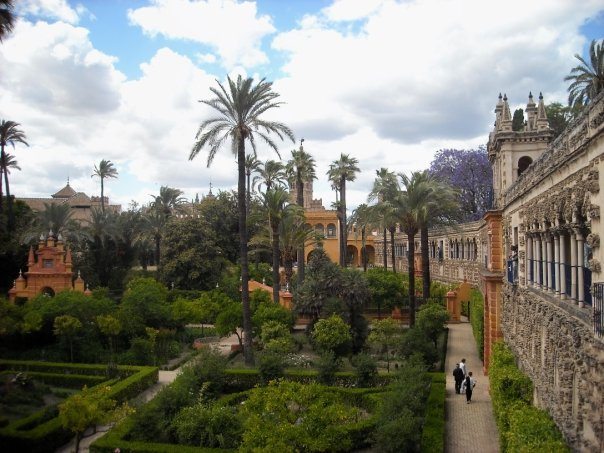 Tintern Abbey, Wales: Tintern Abbey is a perfect example of when a destination exceeds your expectations. My study abrad program had organized a tour that took us through South Wales and while the grass was certainly green that day, the drizzly weather made the trip seem less than extraordinary. However, once we arrived at the ruins of Tintern Abbey (destruction ordered by Henry VIII) I experienced the most intense yet effortless pangs of peace. It’s hard to describe exactly how I felt in that moment but just standing in what was once a grand cathedral connected me with its history. Naturally, I went off wandering through the ruins solo and almost missed the bus heading back to London. 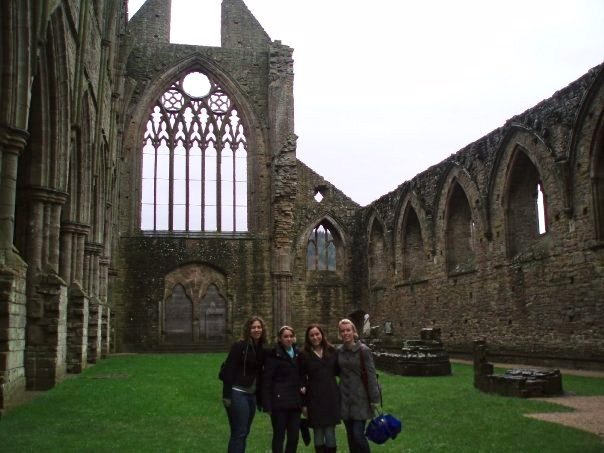 Santa Lucia, Santiago: A few months after starting Bohemian Trails, I decided to travel through Chile and Argentina for a month. I was still very much in transition mode. I was no longer working 9-5 and I was traveling but I hadn’t figured out a way to actually make money again. It was frustrating to say the least but my month in South America helped me grow as a writer and more importantly, as a person in pursuit of her dreams. There’s a hill in Santiago, Chile that has the most spectacular view of Santiago, which is an architecturally intriguing city. The hike up the hill is definitely worth it and the surrounding gardens and creeks make Santa Lucia truly heaven sent for a traveler in search of a good writing spot. 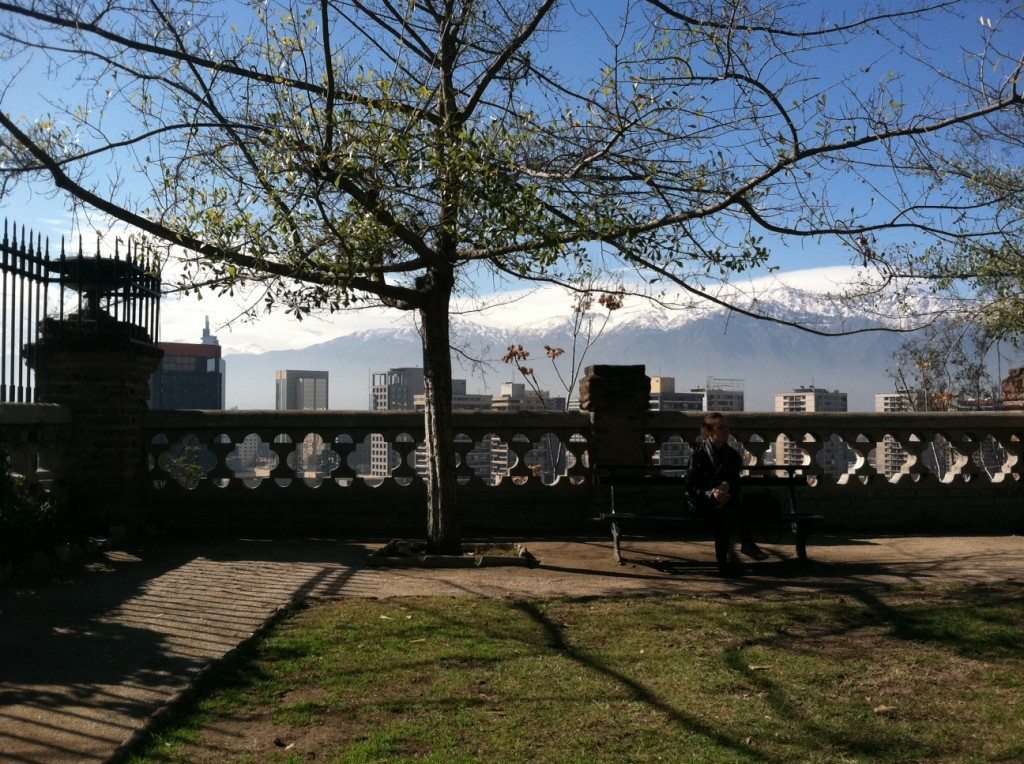 The Nile River: Egypt has gone through some very tough times this year and while chaos looms in their past, hopefully their future will be as calm as The Nile River. During my trip to Egypt I took a few felucca rides. Our tour group actually spent a day and night sailing on a small felucca boat rather than the larger cruise ships. Being close to the river made all the difference. I felt connected to nature, completely clear-headed and open about my worries. I spoke to our tour guide for almost the entire day and although our lives were drastically different, my emotional openness allowed us to have a conversation that allowed me to vocalize my feelings, concerns and ultimate goals in life. 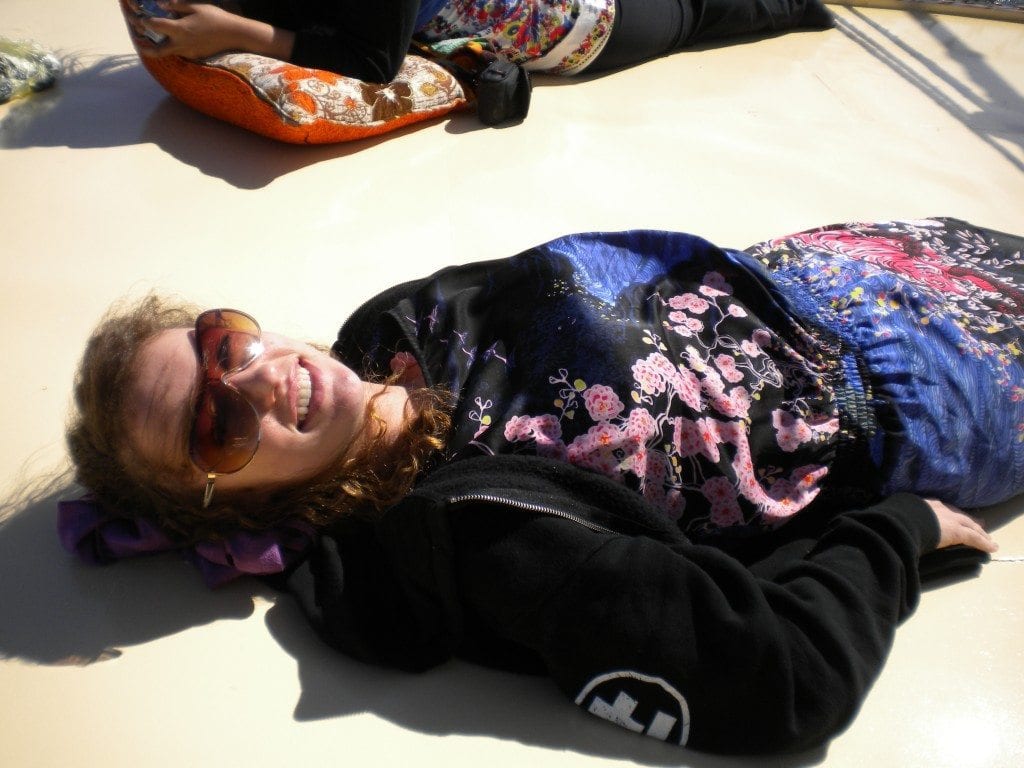