How to Tour New Orleans in Style 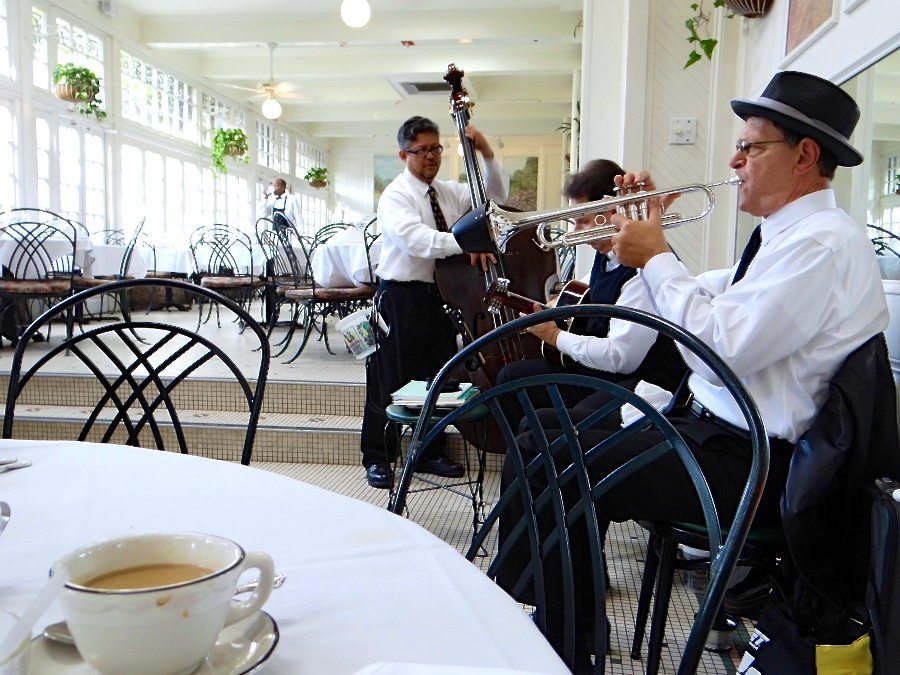 New Orleans was every bit as magnificent as I hoped. While I’m sure it would be pretty memorable to explore NOLA during Mardi Gras, I’m actually really happy that my first visit was during a relatively quiet week in early December. I still got to experience the chaos that is Bourbon Street but I also got to ride (literally) in style.

What brought me to New Orleans was a very special Hilton Hotels & Resorts event. Not only is the hotel located in the heart of the city and just a few blocks from the iconic French Quarter, but the Hilton New Orleans/St. Charles Avenue hotel was recently inducted into the exclusive group of Historic Hotels of America, which is no easy feat.

As soon as I walked through the doors and into the lobby, I completely forgot that I was even at a hotel. The space pays homage to its historical roots (it’s from the 1920s) while incorporating modern decor and amenities that appeal to today’s savvy and stylish traveler. Even though I was there as a guest of Hilton, I spent plenty of time taking in the sights and sounds of this fabulous city. Here are my top recommendations for a first time traveler to NOLA. 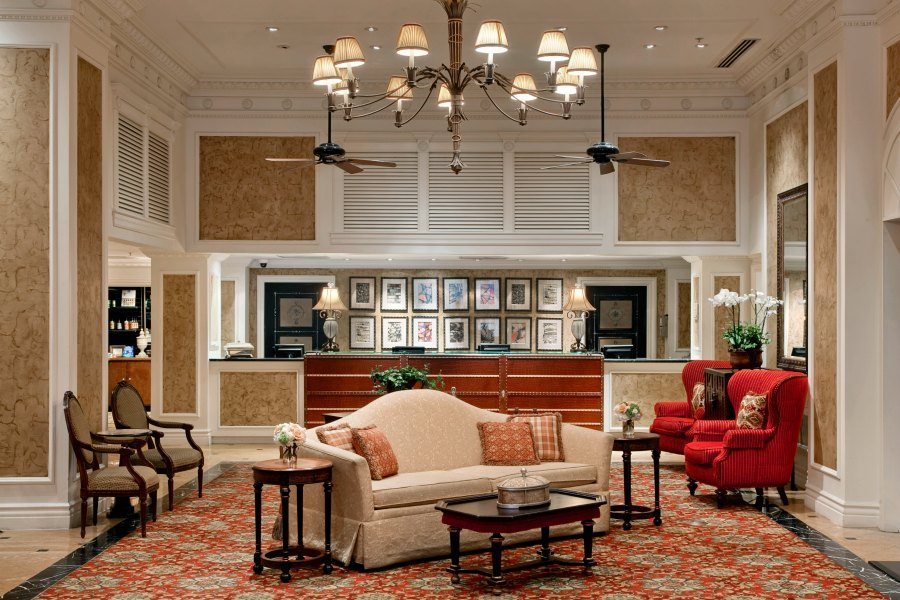 Start the day with a classic jazz brunch

The Jazz Brunch at The Court of Two Sisters on “Governor’s Row,” is one of the best, if not the best, in town. It’s located on a street with a storied political history that was once home to a future U.S. President. We arrived on the early side, or at least early for New York brunch standards, and for awhile we had the entire back room to ourselves. The brunch works as a buffet and if you want specific items like pancakes or Eggs Benedict, just mention it to your server and he or she will bring those dishes directly to your table.

About thirty minutes after arriving, the jazz band arrived. I was impressed by the collection of tunes they performed and their noise control. They played soft enough that our group could converse without screaming but loud enough that the notes echoed through the space. After playing a set inside, they headed to the outdoor courtyard where other patrons were eating their brunch. 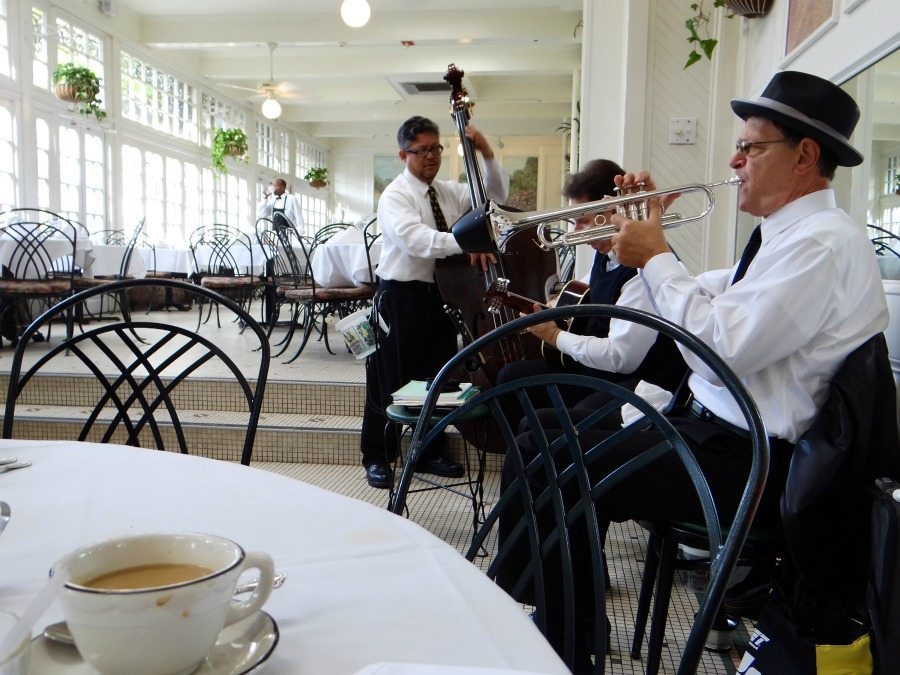 Speaking of jazz, it’s everywhere. Many of them congregate in the French Quarter but you’ll hear and see musicians just about everywhere. The other great thing about the music scene in NOLA is that you don’t have to play your day around listening to a set. I heard music every time I strolled through the French Quarter and pretty much everywhere else I went. If you’re intent on sticking solely to Bourbon Street, there are a few great options including Preservation Hall, Fritzel’s and Irvin Mayfield’s Jazz Playhouse.

Snug Harbor is a popular spot along Frenchmen Street, a local alternative to Bourbon Street. It’s much more manageable than Bourbon Street and just as eclectic. There is a local artisan markets most evenings and that is a perfect one-stop-shop for buying souvenirs for friends back home. Almost all of the bars have a stage so there’s a very high likelihood you’ll get to hear a few up-and-comers. 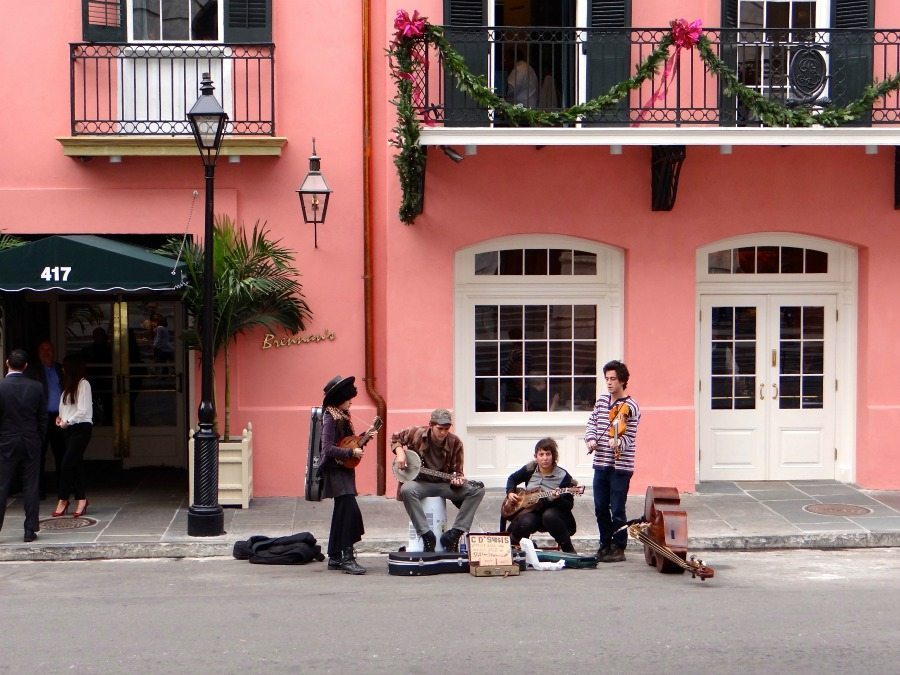 Cemeteries aren’t for everyone but I’m definitely a fan. During a tour of the French Quarter, our guide took us through the St. Louis Cemetery #1. If you’re already in the downtown area, this is well worth a visit because it’s just a few blocks from the heart of all the action. There’s a lot of history just within the cemetery walls and quite a few famous people are buried here too. Marie Laveau, also known as the “voodoo queen” is among them. Due to flooding and normal wear and tear, some of the gravestones look a bit worn but the appeal is still there. 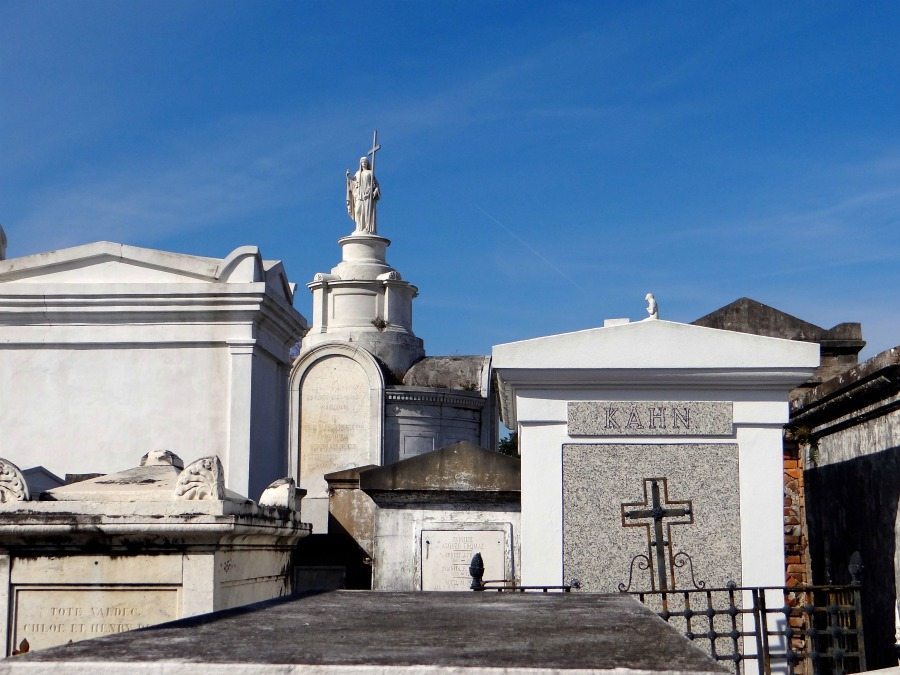 I remember almost signing up for a steamboat ride last year in Nashville and I’m so happy I held off until New Orleans. Steamboat Natchez is as authentic as they come and I spent the majority of the two hour boat ride outside taking photographs. Also worth noting is that lunch is included in the ticket fare so come hungry! Alcohol is extra but worth the splurge. In true NOLA fashion, there was a live jazz band performing on the main level and for those outside on the deck, an audio tour guide plays as the boat passes monuments and notable sights. Our tour was during the day but there’s also an evening jazz cruise that I’d imagine to be quite romantic. 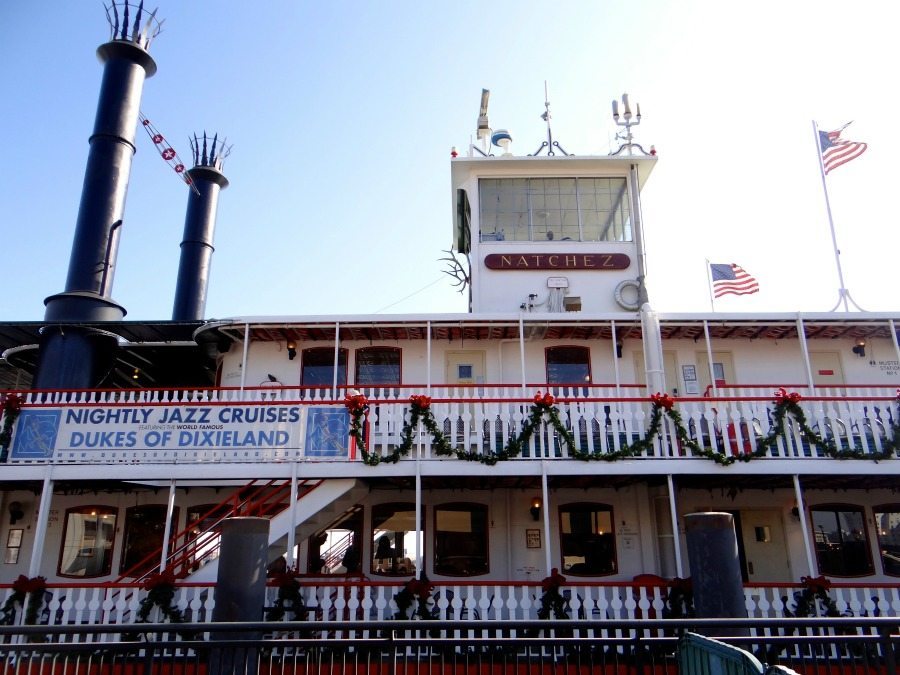 Tour the town in a Rolls Royce

As part of the Historical Hilton #TBT Event at Hilton New Orleans/St. Charles Avenue, my fellow first time NOLA visitor Connie and I got the chance of a lifetime. After taking a ridiculous amount of photos in front of our ride, we spent the next two hours riding around in style. Our driver was born and raised in the city and shared tidbits about the neighborhoods as we passed mega mansions on Charles Avenue. The sun was setting at this point and because it was just a few weeks before Christmas, many of the homes were lit up with colored lights and holiday decorations.

Once we arrived back at the hotel and entered the event, the entertainment kept going. The hotel pulled out all the stops: live 1940s jazz music, classic cocktails with a modern twist and an interactive look at the past 95+ years of Hilton Hotels & Resorts’ history of innovation. Best of all, the people I met were super friendly and that made all the difference.

If you want to take the same route and don’t have access to a 1965 Rolls Royce (after all, who does?) then I suggest hopping on the St. Charles streetcar. It’s cheap, iconic and goes through several neighborhoods and parks. 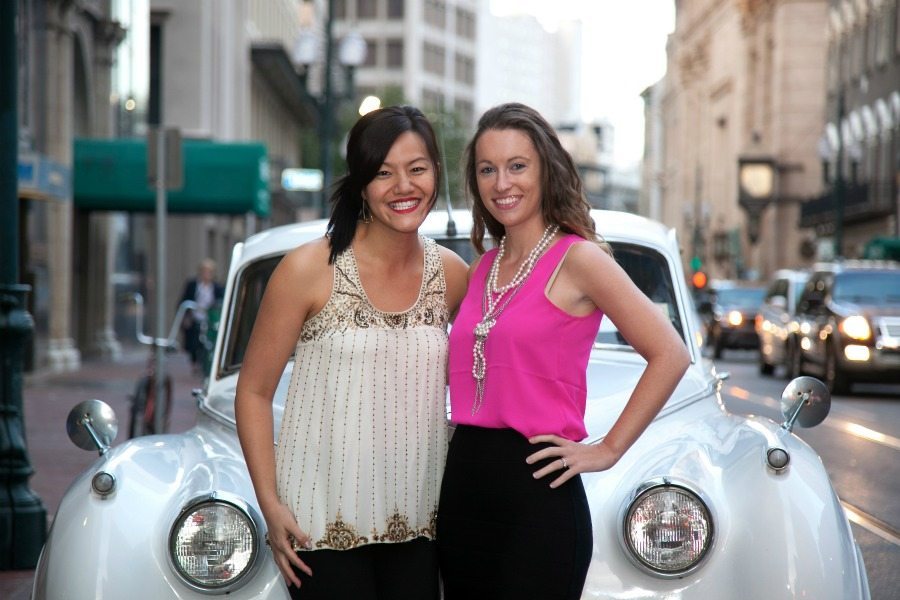 What city have your toured in style lately? Tell me in the comments below!

This trip was hosted by Hilton Hotels & Resorts in conjunction with Ketchum. All opinions are my own.