How to Deal with Social Stalkers (and stay on top) 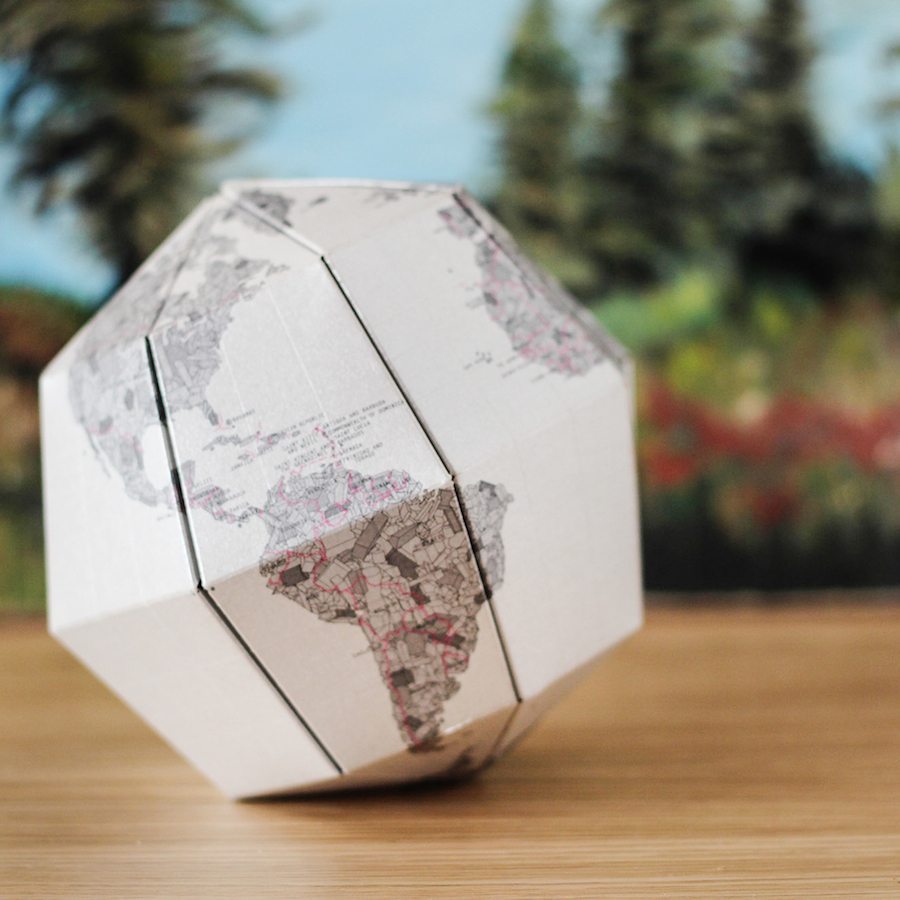 We all have copycats in our life but, for your sake, I hope you never have to deal with a social stalker. If you’re thinking something along the lines of “Swimfan” you might be disappointed but I guarantee you that there is nothing sexy about dealing with a former-friend-turned-social-stalker.

I won’t fill you in on the entire backstory, partly because it’s irrelevant but mostly because I don’t want to veer off track for this post. Just know that it includes bizarre behavior on a personal and professional level and that this has been plaguing my life for the past 3+ years.

So, whether you’ve had your website design stolen like me, or are dealing with a faux friend who is tampering with your business contacts (also like me), here are 5 tips to deal with the situation without sinking to his or her level. 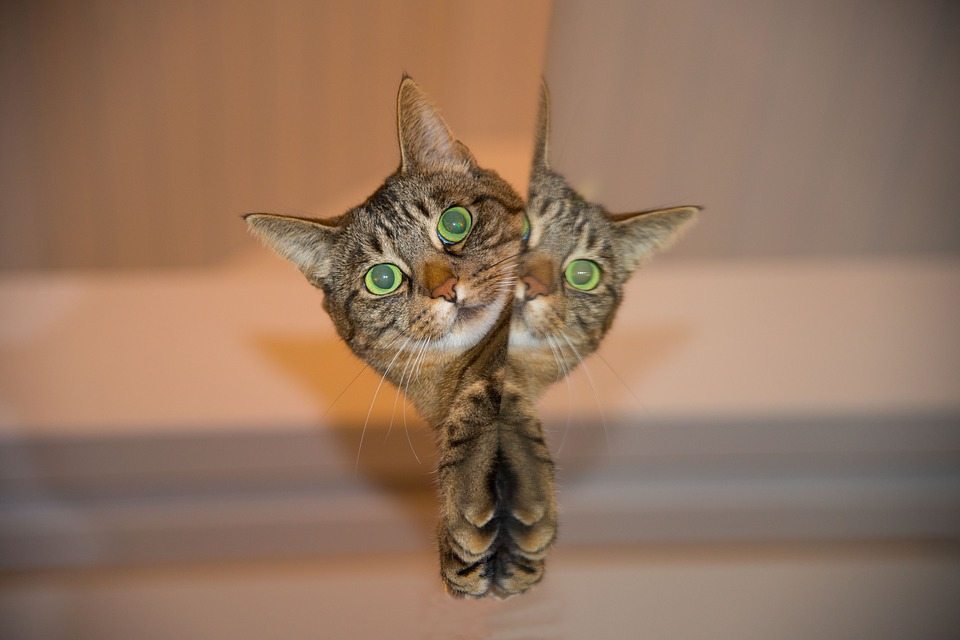 Truth be told, I was so irritated when I discovered my stolen web design that there was no time to “accept my feelings.” My rage was there whether I liked it or not. Of course, this wasn’t the first time this person has copied me but everyone has their breaking point and I had clearly reached mine.

What made it worse is that this person had, up until last week, been a “friend” on Facebook. Instead of congratulating me on my new design (I posted about it finally going live), which took months of work and lots of $$ to make happen, she decided to steal the code like it was no big deal. No congrats. No heads up: “Oh, I’m going to steal your code.” Nada.

Besides the ethics involved in this, especially because I’m no longer the only one involved—I had to alert my designer and contact code experts and even a lawyer for confirmation—it was the blatant intent to rip off something that I worked so hard for.  So, yes, in the end I accepted my feelings because I seemingly had no other choice. I felt belittled, angry, taken advantage of and yes, socially stalked. 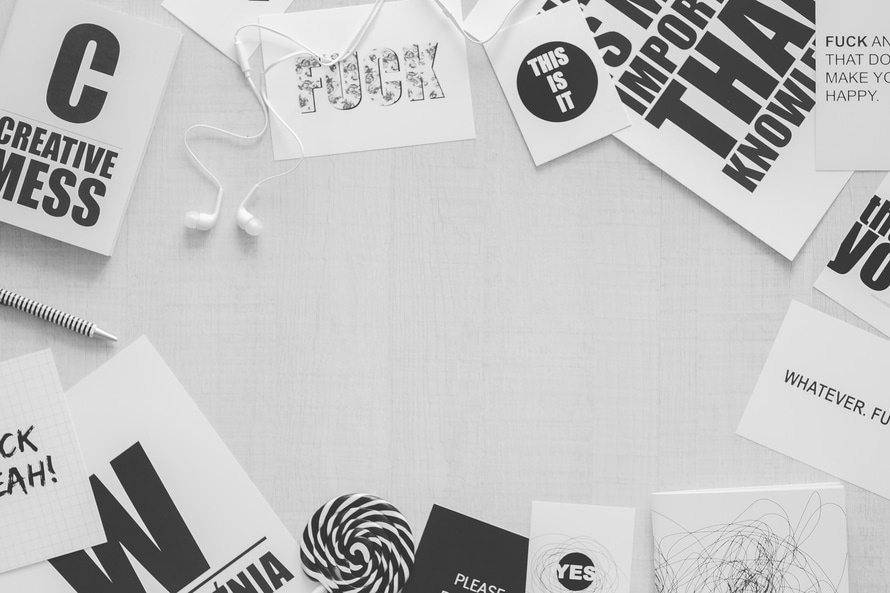 2) Think before you act

My first reaction to discovering the stolen code was disbelief. Then, it slowly hit me that this was in fact real. Then came the normal emotions: anger, fear and finally, acceptance. Then there was the realization that it was personal. Had this been a random blogger I had no history with, I’d scoff it off as coincidence, or at the very least, a misguided form of admiration. Unfortunately, that wasn’t the case and this girl was calculated in her decision to steal my design. Still, I’ve been in the business long enough to know that I can’t lose my head over something so small and nor should you.

The first thing I’d suggest doing is protecting your privacy. After sending this person a brief FB message, I remembered that I wasn’t dealing with a sane person and that I didn’t want to “nice Megan” anymore. I needed to be “badass business owner Megan.” So, I de-friended her and blocked her for safety reasons; my husband did the same for good measure.

Then, I reached out to lawyer friends, developers and seasoned bloggers who I’ve known for years and highly respect. After receiving confirmation that the code was indeed stolen, I’ve decided to let my lawyer do the rest. Speaking with experts also made me aware that I might have something more serious on my hands. Several people advised me to look into a restraining order. Yup, it happened to me! 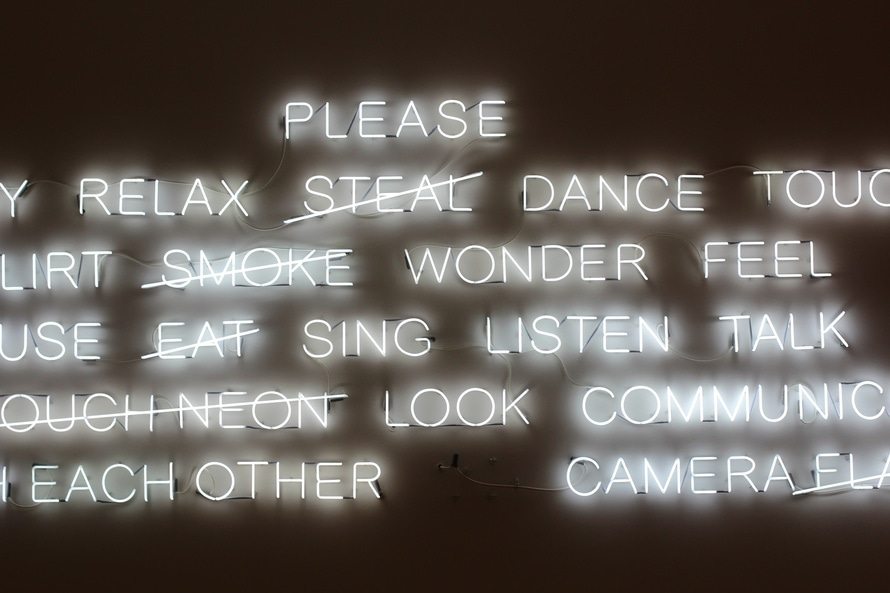 3) Find the real cause of your reaction

Once I calmed down a little and confided in a few friends, I noticed a few things. Firstly, it became apparent to me and anyone around me that as soon as I’d talk about this situation, my energy 100% shifted to a negative slant. I became irritable, frustrated and all those feelings I mentioned in step 1 came flooding back to me in full fury. Why was I letting this girl do this to me? Better yet, why was I not able to get over it fast enough?

The second is that this isn’t really about a stolen web design, although that is a serious matter as I’ve recently learned throughout this process. The real reason I’ve reacted this way is because this isn’t a random event; it was intentional and it’s been going on for years at lesser degrees. Part of me felt like I had let too much slide off my shoulders because I chose to think she was the admiring type rather than the sketchy type; another part of me was upset that I’d let her get under my skin this week when I usually never think about her at all.

Thirdly, and probably most importantly, it’s a control issue. I started Bohemian Trails during a tough time in my life and no matter what obstacles I’ve faced over the years, this has been a constant source of “therapy” for me. Those of you who are close to me know that I’ve also had some personal issues monopolizing my time this year—multiple moves in multiple cities and someone very close to me being sick. In many ways, I feel completely out of control and Bohemian Trails (and in this instance, my redesign), is the one thing I felt in control of. So, when this social stalker stole my code, it ripped me apart inside. 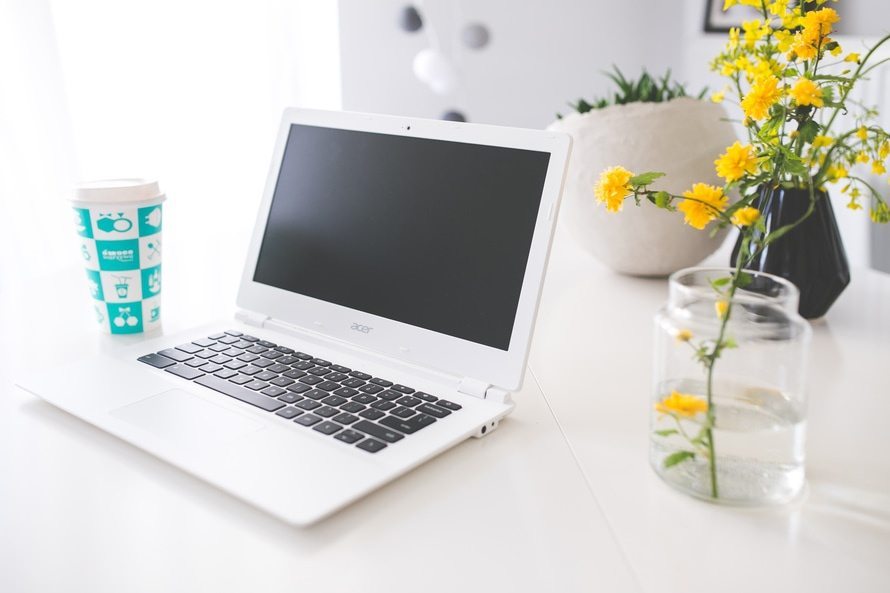 Ultimately, you have to move on for your own sanity and well-being. That said, I do plan on pursuing legal action and potentially seeking a restraining order if this continues, but all correspondence will come from my lawyer and not from me.

Now that a full week has passed, I’m less angry every day and more determined to continue leading the race. Of course, I don’t consider it a race against her (as she seems to view me), I consider it a race against myself. I’m so excited to implement some new aspects of Bohemian Trails and while I no doubt this person will try to copy me, I’m at least comforted that she will always be one step behind.

Another reason I’m moving on is because I don’t want the toxicity in my life. There are so, SO many more important things in life worth worrying about and I’m borderline ashamed that I’ve let this person affect me for this long.

While I don’t recommend feeling sorry for people like this in your life, it is important to remember why they are acting this way. It could be a number of things: inferiority complex, insecurities, disillusionment, bad ethics, you name it. At the end of the day, though, you shouldn’t pity these people because at some level, they know exactly what they are doing and don’t deserve your kid gloves. 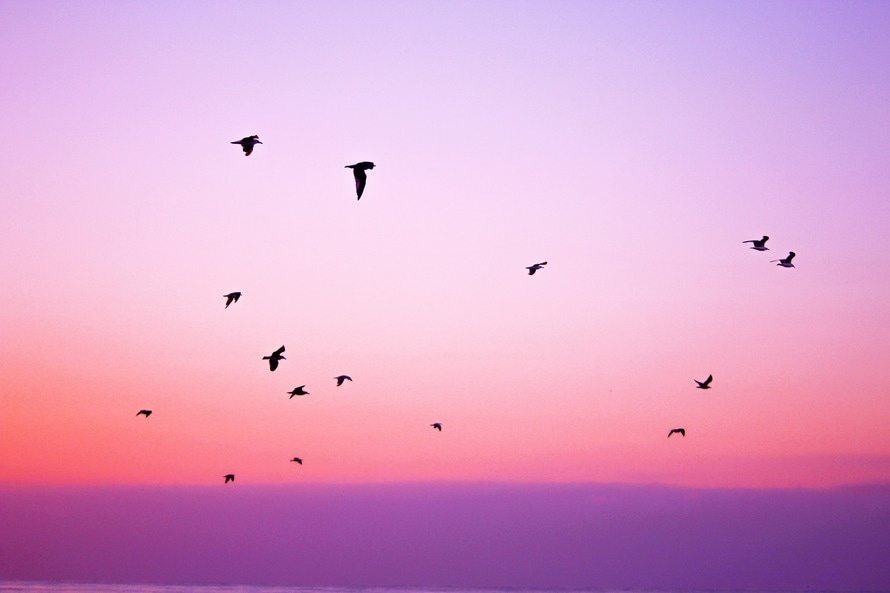 In the case of this person, I haven’t had to bad mouth her to anyone; she’s already created a bad reputation on her own. I went on three press trips this spring and on each, I heard journalists chronicling her bad behavior and questionable ethics. I’ve always attempted to paint her in a good light. As you might guess from this piece, this will no longer be the case.

Since Bohemian Trails is my livelihood, I intend to be honest when her name is brought up in conversation, whether it’s with a former partner, destination, hotel brand or fellow blogger. It’s not in my nature to gossip about other people but when it comes to my reputation, I will defend it full force. 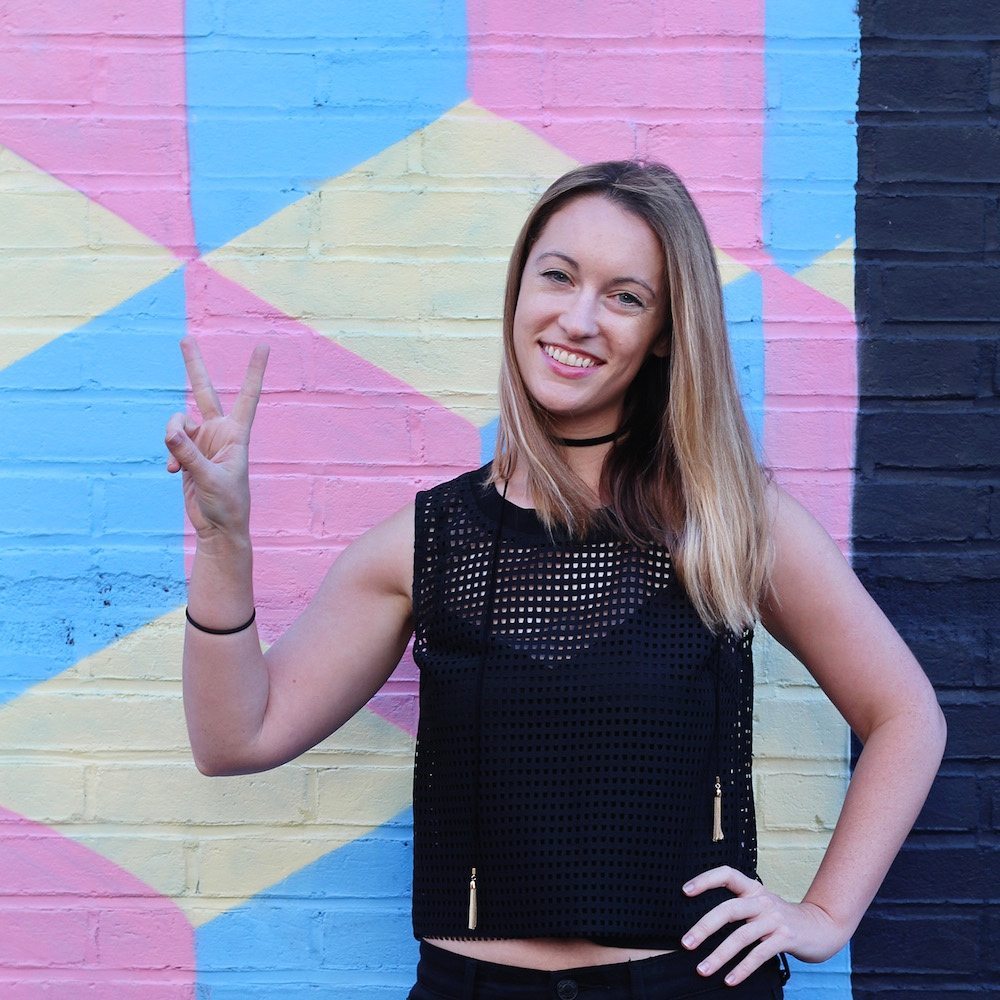 Do you have a copycat or social stalker in your life? Commiserate with me in the comments below!

Names and specifics have not been used for privacy reasons. All opinions are my own.