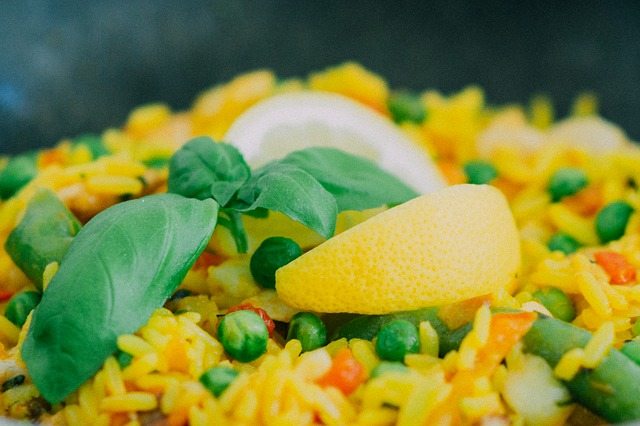 San Antonio was a long time coming. After meeting with the CVB last year at a Texas Tourism event, I was intrigued by the city’s early Luminaria festival. At that point, the festival had already taken place for that year but I remained hopeful that I’d be able to make it in 2013 – and voila! I did.

Proving me right, San Antonio was everything I hoped for and more. The Texas city is truly a unique blend of American and Mexican heritage and a laid-back, welcoming culture that made me feel right at home. Here are a few highlights from my trip.

Whenever possible, I like to go beyond the city for a glimpse into rural life and as luck would have it, I hit the jackpot in San Antonio. The JW Marriot San Antonio graciously hosted me during my trip and boy, was it hard to go back to my apartment in the city. My bed alone was huge not to mention the other four rooms completing my suite. The view from my balcony overlooked a manmade lazy river and beyond that I could see the Texas fields stretching for miles in every direction. I received the ultimate in luxury – from the delicious cuisine at one of their restaurants to the resort’s signature Organic Restorative Massage at the Lantana Spa, I could quickly get used to this.

It only took five minutes in to regret eating breakfast that morning. My weekend in San Antonio just kept getting better and better, especially when I learned that Paella would be involved. celebrating it’s fourth year, the Paella Challenge brought in local and international chefs to cook their best recipes for the hungry crowd that eagerly awaited filling their plates. Despite having no appetite whatsoever, I sampled a few dishes because I knew I would regret skipping it altogether. In between the Paella booths were bars serving fresh sangria, margaritas and an assortment of wines and beers. As the booze started kicking in, people got up to dance as live bands entertained the crowd.

My main reason for visiting San Antonio was to attend their annual Luminaria festival – where ‘Arts Come to Light’. The bulk of the festivities take place in and around HemisFair Park while other artists showcased their work along the River Walk near the Convention Center. To say that I was impressed was an understatement. There was obviously a lot of buzz going on within the local community but having never attended myself, I wasn’t sure what to expect. From live band concerts and dance performances to a three-story 3-D installation, Luminaria does demonstrate San Antonio’s appreciation for arts. What I liked best was how many of the artists took what was already in place (i.e. houses, statues, trees) and made it into illuminated art.

Having traveled through cities in Europe known for their scenic rivers, I hadn’t experienced a river system quite like the one in San Antonio. The river pretty much circles the downtown district, with a few trails leading in other directions. River tours drive tourism to the area, including myself, who opted for a tour on water rather than on land. In the most downtown part of the river walk, both sides of the path are lined with trendy bars, Mexican restaurants and everything in between. After walking through some of the downtown streets, I quickly realized that this could be a quicker way to get places by avoiding road traffic. There are several pedestrian bridges that make it easy to cross to the other side.

As much as I enjoyed touring San Antonio’s downtown area, there were a few other neighborhoods I made sure to visit. One of my favorites was the King William Historic District. A stark change from the busy streets near The Alamo, this charming pocket of the city has a quiet elegance to it. The area dates back to the late 1800s, when rich German merchants began settling here. As I walked through the 25-block neighborhood, I felt as though I was literally walking through time. Just a short walk from here is an artsy part of Southtown where several of the galleries were celebrating Contemporary Art Month. A bohemian traveler can’t go wrong with a neighborhood rich in both history and modern art.

This trip was hosted by Visit San Antonio with accommodations provided by JW Marriot San Antonio. All opinions are my own.