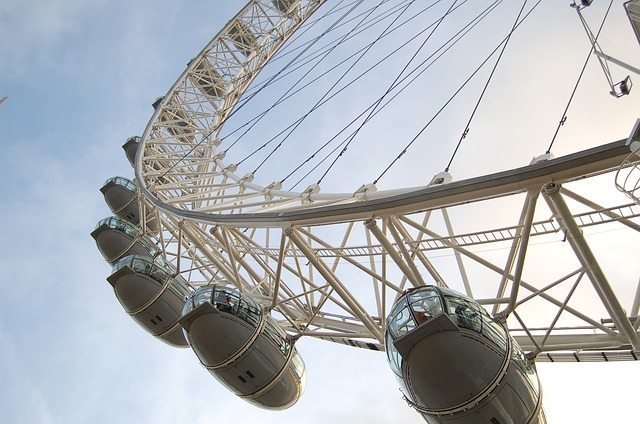 (Previous entry from Liberty Travel, where Megan wrote a 4-part series on her favorite London neighborhoods)

The East End of London continues to intrigue me. While abroad in London one of the courses I enrolled in was British Broadcasting. It seemed a dream come true when our Welsh professor, who happened to have an impressive talent for imitating accents from all over Europe, stated that our homework would simply be to watch “the telly.” In a perfect world, this was too good to be true, but for a 21-year old who was abroad for the first time, I simply did not care to waste any time in my flat.

When I would complete my “homework,” I found myself strangely addicted to the popular soap opera East Enders. Unlike American soap operas that glamorize the characters, these story lines revolved around poor people living in the East End and dealing with their miserable circumstances. It was fascinating. Hence, my continued interest in the London borough.

I didn’t learn about Sundays at Spitalfields until about two months into my internship. I was working for an international fashion agency and one of the assistants started raving about all the trendy fashions she scored last Sunday at Spitalfields. Once the weekend rolled around, I made sure I checked out this little fashion hangout and I was not disappointed! Whether your interest lies in food, fashion or simply browsing between the two, Spitalfields is an ideal place to experience local British culture at it’s finest. While you’re there, read up on the history of the area and give yourself a little walking tour around Spitalfield church.

Located not far from Spitalfields, and also taking place on Sundays, is Columbia Road Flower Market. During warm weather, this will probably be the most colorful road in all of London; or anywhere for that matter! Even if you don’t care for flowers, it’s worth a visit just to speak with some of the sellers who represent sixty different independent shops.

During the winter, the road transforms into an art haven where gallery browsers and mulled-wine drinkers unite. I went back to London in December 2009 and was pleasantly surprised with the quality of street performers, antique shops and vintage clothes stores….the wine wasn’t bad either.

Originally called Whitechapel Lane, Brick Lane is near both Spitalfields and Columbia Road. So, if you are already in the area, don’t pass up a leisurely stroll down Brick Lane. The area is culturally diverse and happens to have some of the most delicious Indian food in the city. Again, reading up on the history of the area will make your experience more meaningful and worthwhile. 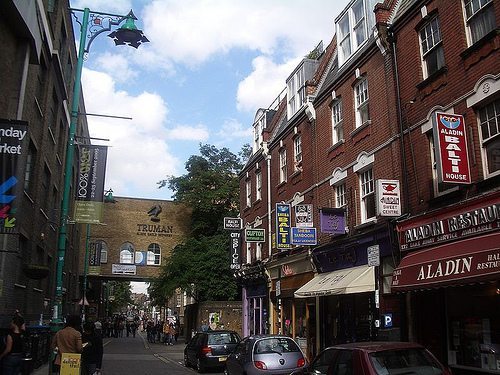 Quite the opposite of flowers and fashion, the East End is also home to the infamous murderer Jack the Ripper. I went on an official Jack the Ripper tour during my time studying in London, but as long as you research what pubs and flats to wander into, a self-guided tour is easily done. The area can get sketchy at night, so dragging a few friends along isn’t such a bad idea.