A Guide to the Best Berlin Neighborhoods 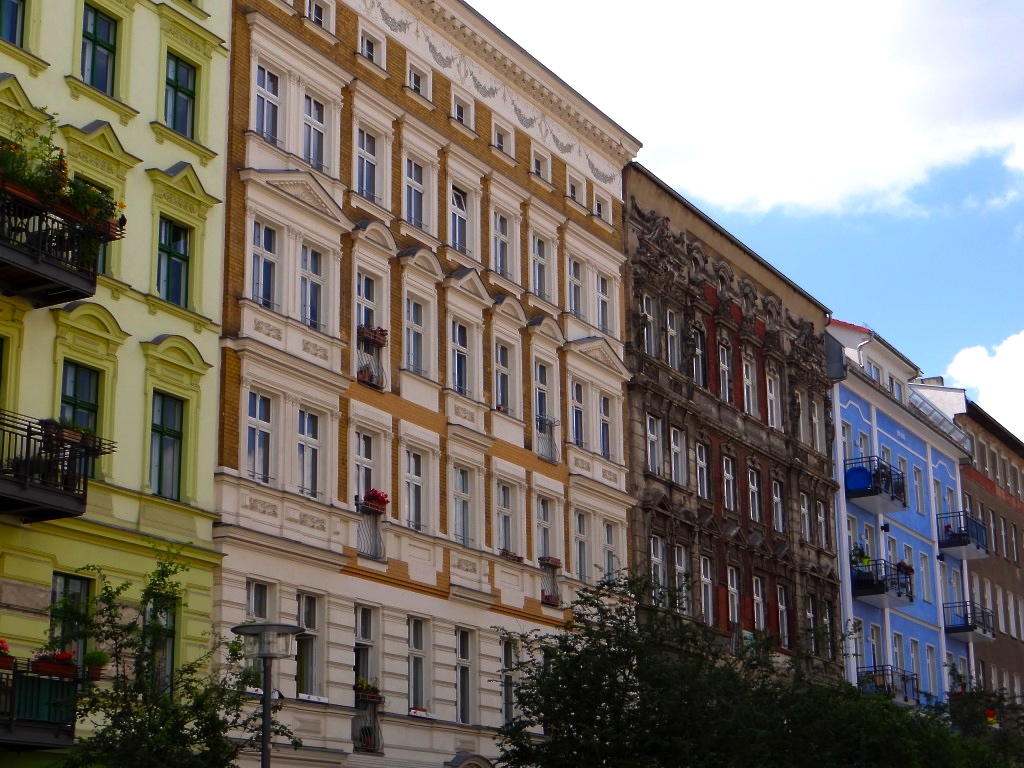 Berlin is an endless blur of inspiration. From trendy Mitte to the hipster haven that is Kreuzberg, here are five of my favorite Berlin neighborhoods to appeal to the avant-garde traveler. If these districts don’t spark your interest, I’ve included a couple other areas that are also worth exploring when trying to decide where to stay in Berlin.

Located in the former West Berlin near the River Spree Oberbaumbrücke bridge, Kreuzberg is one of the best neighborhoods of Berlin. For decades, this area has been a major hub for “squatters”, punks, hipsters, creative types and liberal-minded thinkers. The neighborhood has a rich cultural flair, as many Turkish immigrants call Kreuzberg home. Within its borders, street art fanatics will have a field day due to the countless graffiti and wall paintings that line the streets. Just a short walk from Kreuzberg’s center is the East Side Gallery, (the former Berlin wall). 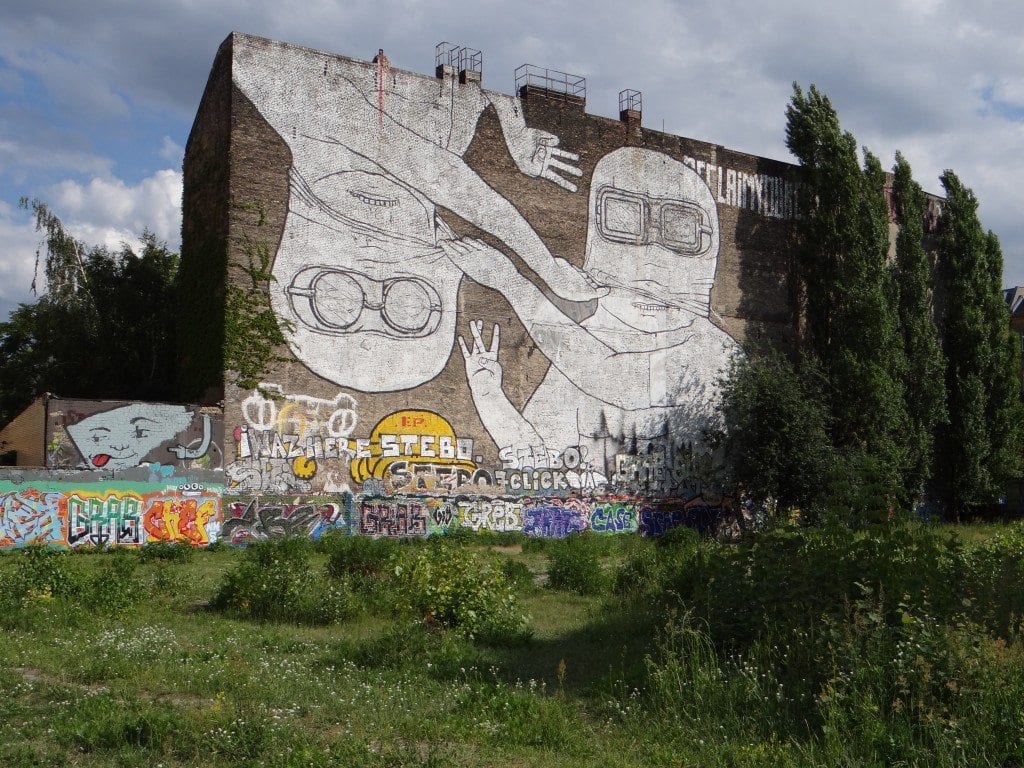 I discovered Friedrichshain during my last few days in the city and it quickly became one of my favorite districts of Berlin. Situated between Prenzlauer Berg in the north and Kreuzberg in the south, this area is filled with personality. In recent years, many Kreuzberg residents have moved to Friedrichshain, therefore extending the bohemian flavor to both neighborhoods. Architecturally, Friedrichshain showcases a mix of styles ranging from high-rise buildings to 19th century town houses. Partly due to its alternative bars, restaurants, nightclubs and coffee shops, many students gravitate toward this neighborhood. 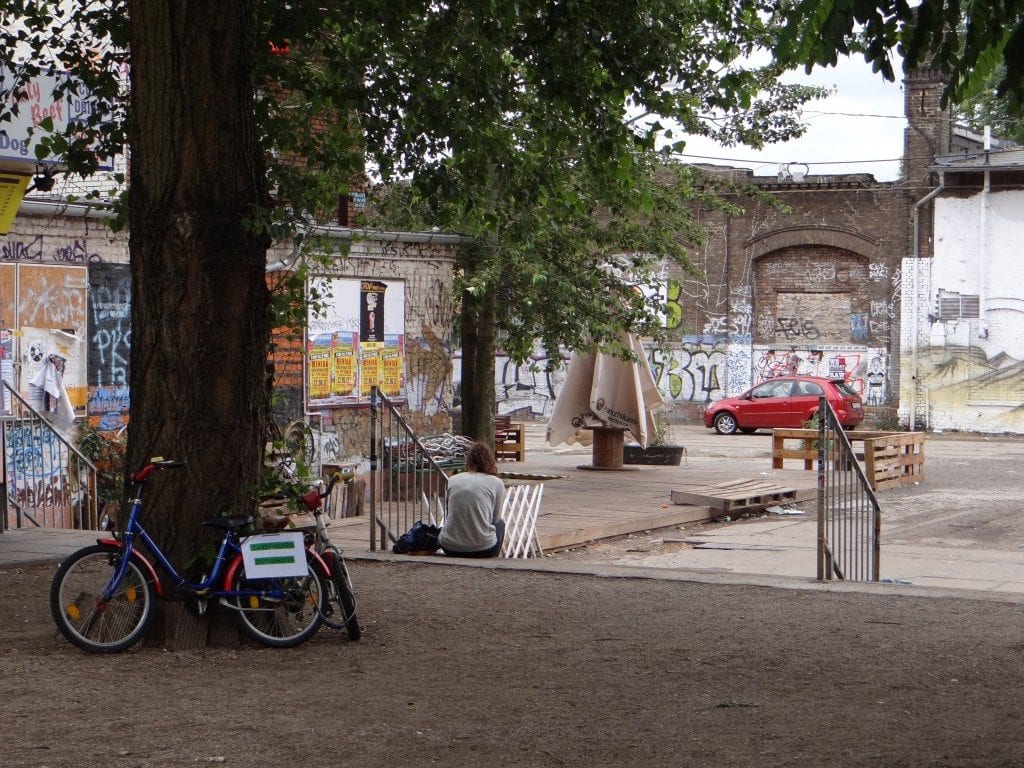 After German reunification and the recent process of gentrification, Prenzlauer Berg has evolved over the years, becoming one of the “cool” areas of Berlin. Generally characterized by early 20th century historic buildings, Prenzlauer Berg is a mix of several different neighborhoods. Similar to that of Schöneberg and Mitte, Prenzlauer Berg has a huge art scene and much like Friedrichshain and Kreuzbergit, a young student population frequent the many bars, restaurants and nightclubs located here. Comparatively, rent in Berlin is lower than New York, London and Paris, therefore attracting artist-types from nearby countries. 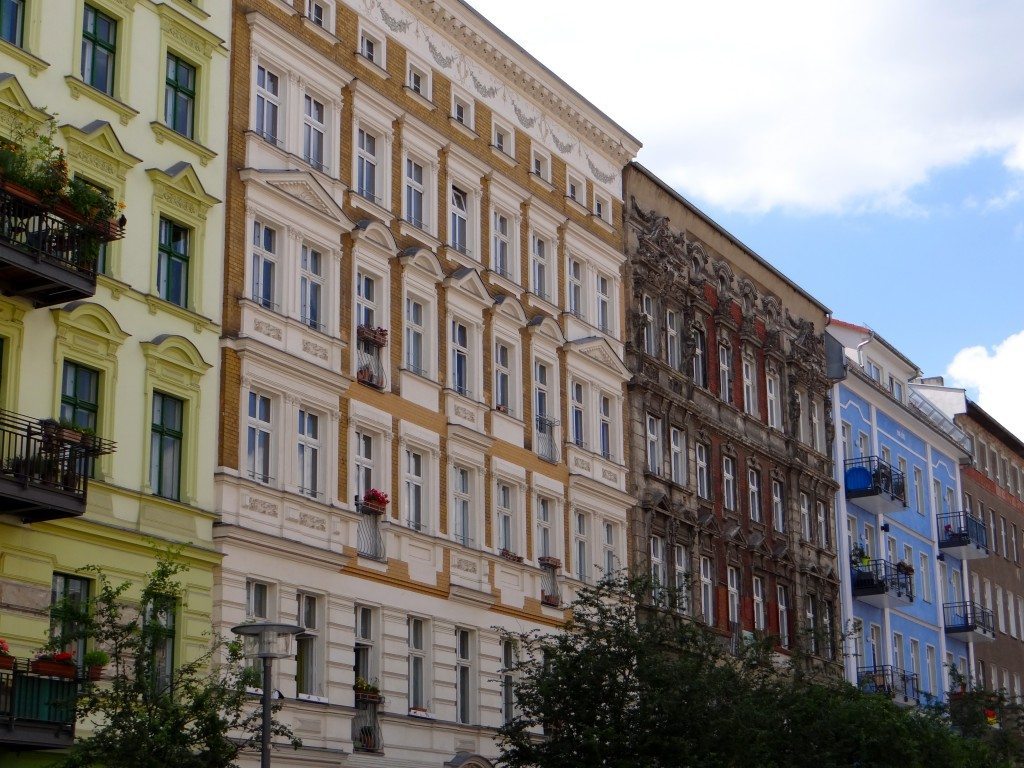 Unlike most global cities, Berlin doesn’t really have a defined central district. However, Mitte comes close as the neighborhood houses many of Berlin’s oldest buildings including Marienkirche and Nikolaikirche. Other noteworthy sites include Museum Island, Humboldt University, the Crown Prince’s Palace, the Opera House and Brandenburg Gate. Occupying areas of both former East and West Germany, Mitte is often crowded by locals and tourists alike for it’s proximity to Alexanderplatz, and the railway station. Shopping boutiques also contribute to heavy foot-traffic in Mitte. 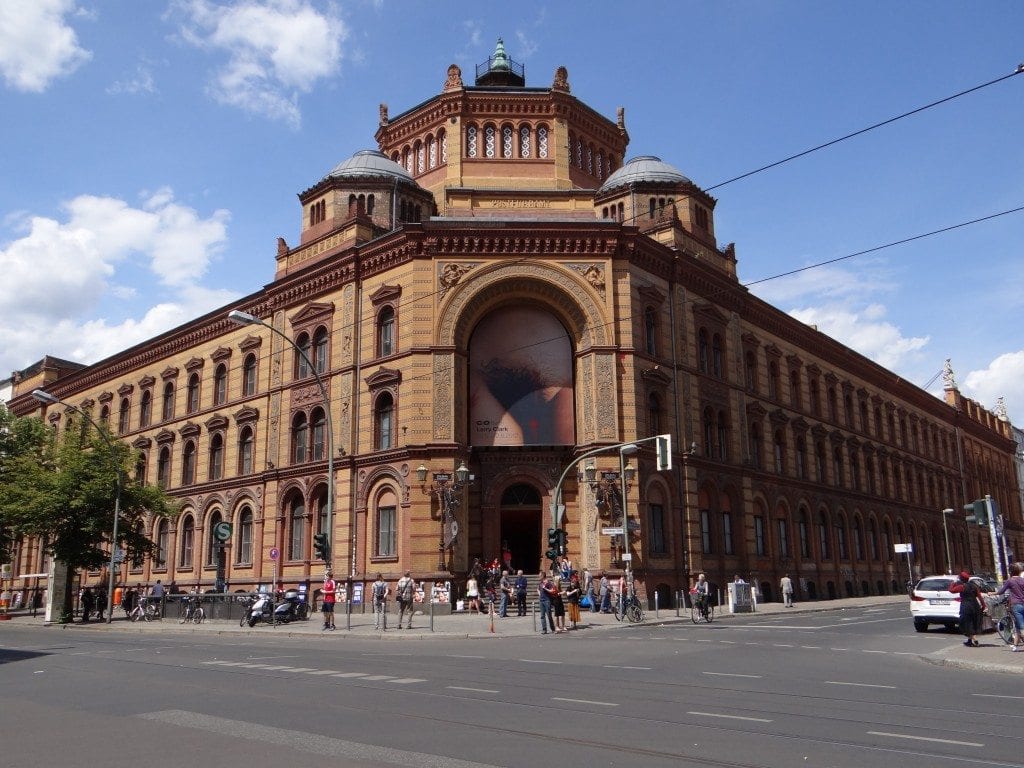 Merging both Charlottenburg and Wilmersdorf, this neighborhood is located in West Berlin and is a solid mix of old and new influences.  Here one will find the oldest chocolate producer, the Georg Kolbe Museum, Astor Film Lounge cinema, Villa Harteneck, and a slew of upscale lounges and boutiques. Kurfürstendamm boulevard continues to be a popular shopping destination for high-end designer wear. In general, this district largely attracts families and a wealthy clientele. Charlottenburg Palace and the Ahmadiyya Mosque are two impressive architectural spaces worth visiting. 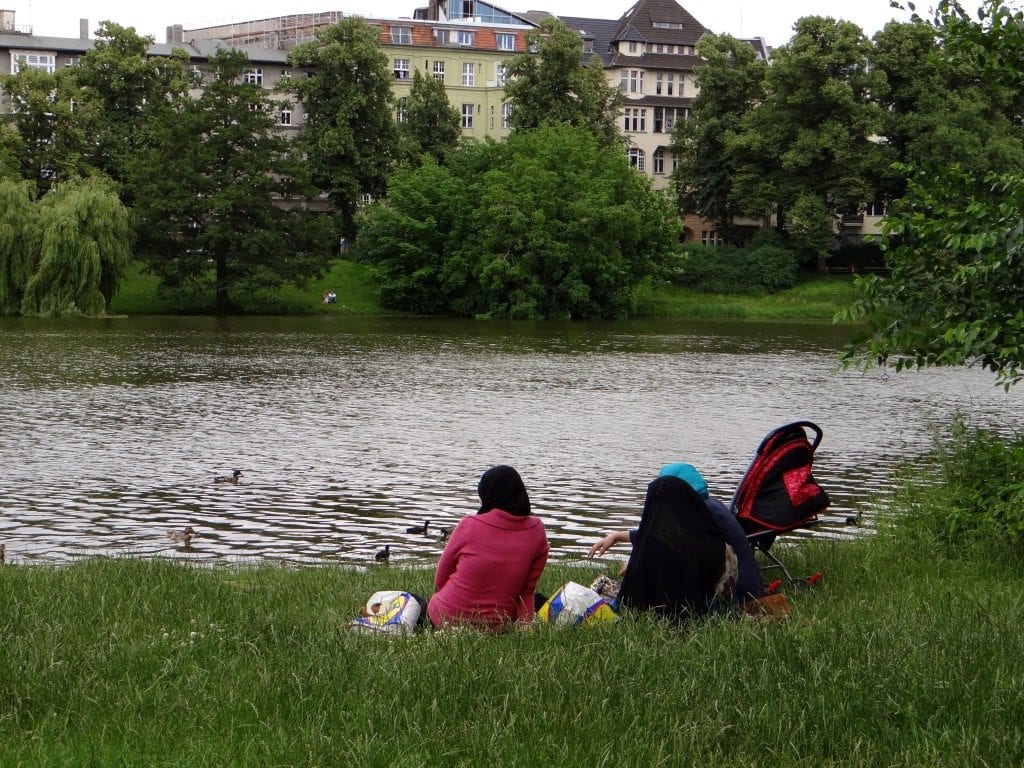 This trip was partially hosted by Visit Berlin. All opinions are my own. 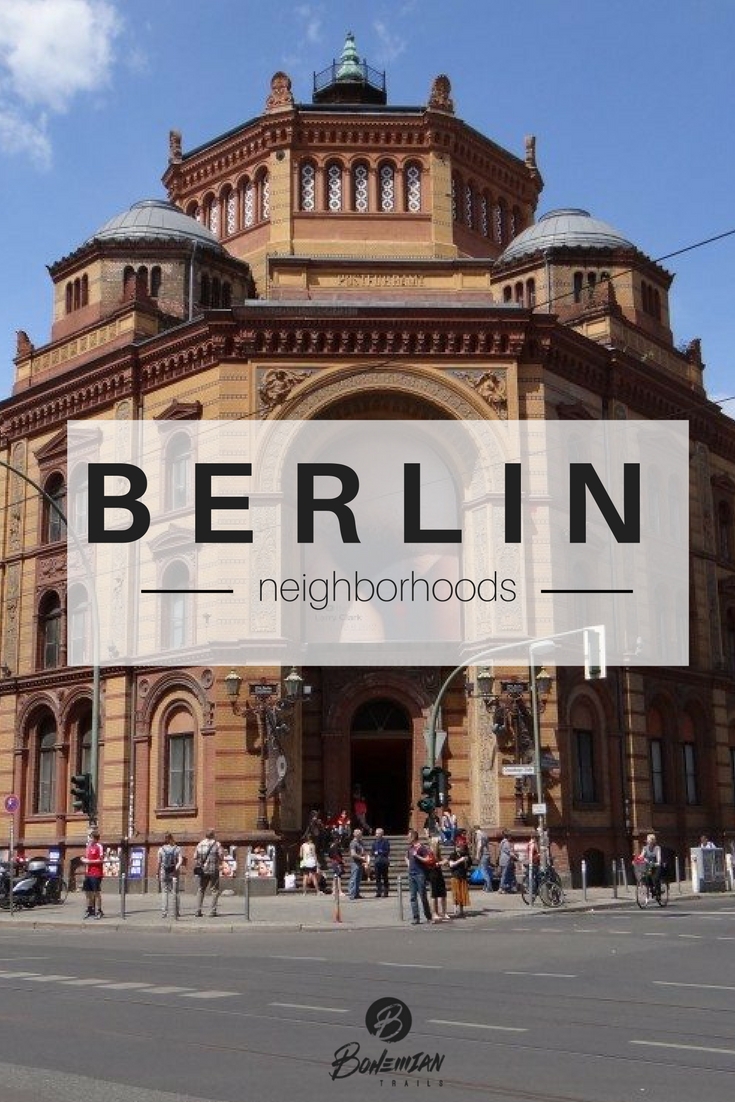