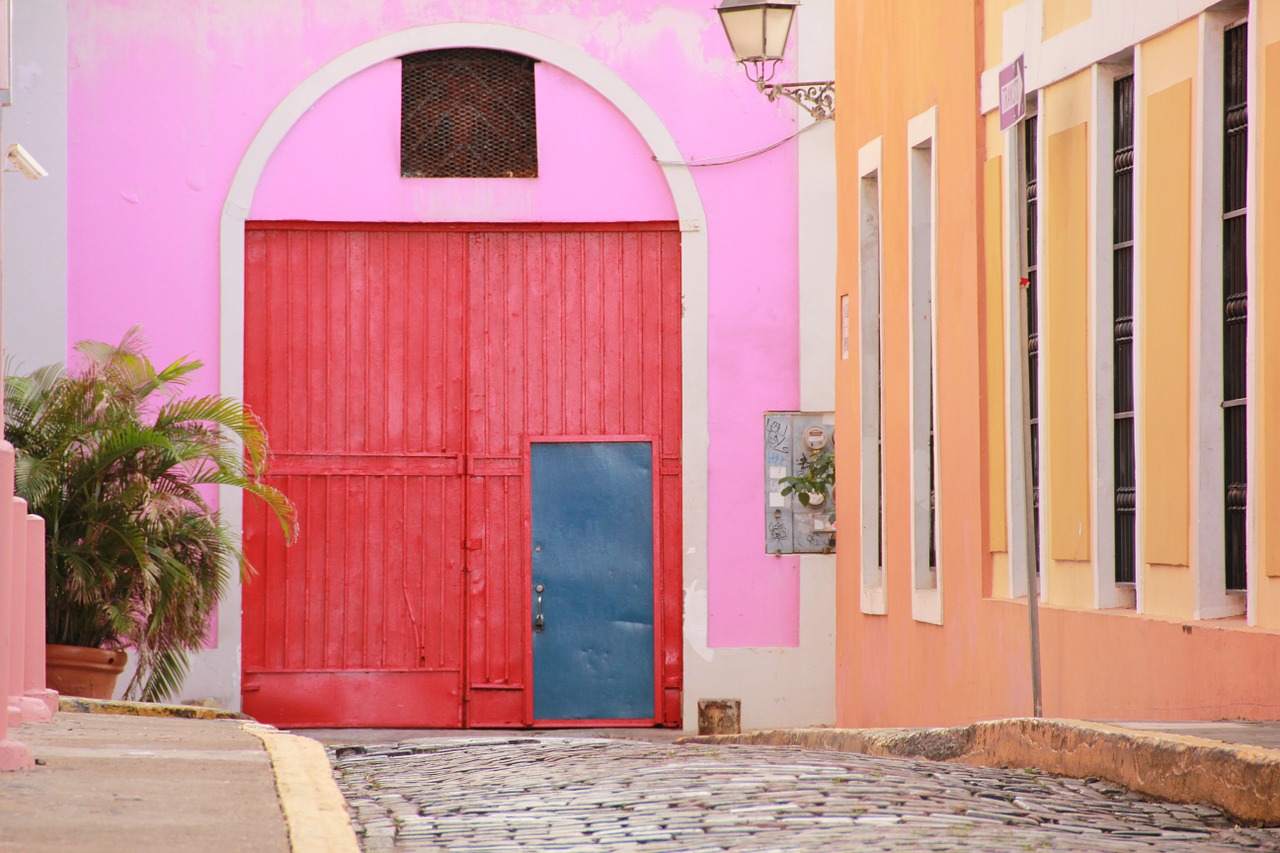 Now that I’m officially back on the East Coast, I’m once again reminded of how much New Yorkers adore the color black. Don’t get me wrong; about 70% of my own closet consists of black garb but as I write this recap of my trip to San Juan, all I can think about is color…vibrant, smile-inducing color.

It’s been a few months since I got back from Puerto Rico but the sound of the shore still rings in my ears. From my cozy room at the San Juan Marriott Resort & Stellaris Casino to the flavorful street food I sampled in Old San Juan, the city played with my senses unlike anywhere else. Despite being part of the United States, San Juan feels worlds apart. Maybe it’s the tropical weather that first hooked me or the people I met along the way, but San Juan is definitely a must-see for any bohemian traveler.

Just arrived to the @sanjuanmarriottresort and loving my view! ????

After soaking up the sun for a few hours at the Marriott San Juan, our group headed downtown for a guided tour of Old San Juan. Truth be told, I didn’t know much about the Old Town so having an expert lead the way (as opposed to me randomly wandering) made the whole difference.

Our first stop was the Castillo San Cristóbal, aka For San Cristóbal. Besides having obvious Insta appeal (I kid..kind of), I was most fascinated by the strategy of its construction. Our guide explained how every knock and cranny was designed to alert the soldiers of trespassers.

It’s the largest fort of its kind built by the Spanish in the New World, which I imagine was intimidating enough. At the time, its hilltop location served as a good lookout point and today, not much has changed. While the fortification now operates as a museum rather than a prison, the aerial view of San Juan is tough to top…literally!

I had so much fun exploring the charming downtown streets of San Juan. So much color ???? and so even more history. What is the city that inspires YOU most? #summerinsanjuan ???? by @kariberryyy

After a crash course in Puerto Rican history, it was off to explore Old San Juan’s vibrant streets. I had always heard great things about this city but I wasn’t expecting to see as many colorful buildings as I did. Founded in the early 16th century, this makes Old San Juan the oldest settlement in the country. As such, it’s an official National Heritage Site.

In some ways, I felt a little like Alice right after she falls through the Looking Glass. Sure, there was no White Rabbit or Mad Hatter but the city washed over me like a dream. Every turn yielded a new church or house that I hadn’t seen before. After awhile, I even stopped snapping photos. There was just too much to see and no matter how bright the colors were through my viewfinder, the results were nothing compared to the naked eye.

Could Old San Juan be any more beautiful?! Seriously, there are so many shades of blue going on in this ????. What’s the most magical city you’ve been to? ???? #summerinsanjuan – Thanks @k_rellihan for capturing this moment!

As easy as it is to get distracted by the beauty above, don’t forget to look below. And no, I’m not talking about tripping over your feet. Speaking of which, that can happen so wear comfy shoes! The real reason to look down is to appreciate the cobblestone-lined streets. That, plus pink flowers falling from the trees, make the Old Town feel like a work of art.

As if the summer sun beating down on me was a love nudge, I took a break from my outdoor wanderings and cooled off indoors. The city is the perfect mix of old and new, with shops specializing in custom Panama hats to a bar that is the “birthplace” of the Piña colada. For what it’s worth, I had much better cocktails elsewhere, especially a Dragonberry Mojito at the Marriott.

As gorgeous as Old San Juan is by day, don’t underestimate the magic of nightfall. On my last day in town, I shared a few cocktails with friends at the St. Germain Bistro and Cafe. While only up one or two flights of stairs, the outdoor terrace overlooks some of San Juan’s most charming streets. With the air finally cooling a bit, there was no better nightcap than this.

Part of me almost wishes I had worn a pink and lavender outfit so that I could have blended into the wall. Close enough I guess! ???? Thanks @k_rellihan for the ????

What’s the most charming city you’ve visited? Tell me in the comments below!

This post is in collaboration with Diamond PR and the San Juan Marriott Resort & Stellaris Casino. All opinions are my own.