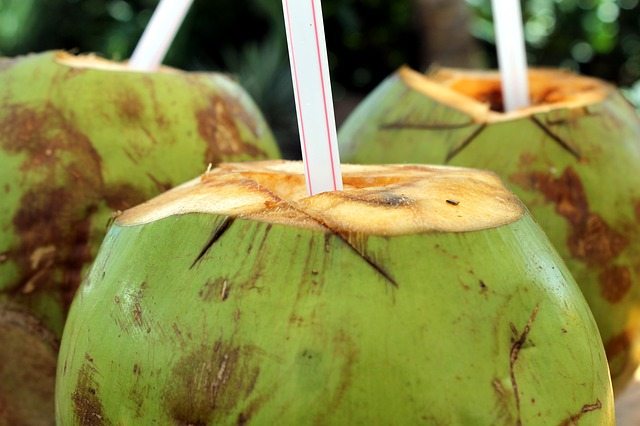 For a long time, I eschewed Hawaiian cuisine. Years of ill-fated attempts to enjoy the gravy-laden plates of rice and Spam in the Hawaiian restaurants of the mainland had taught me that the cuisine of the islands was greasy, flavorless and uninspired. But, as a budding foodie, I’ve learned that you have to go to the source to find what makes a cuisine amazing, and I was pleased to be proven wrong with Hawaii.

What’s really brought me out of my shell was witnessing the Hawaiian Regional Cuisine movement. It started more than 10 years ago, but it resonates today with the nationwide push towards local, farm-to-table food. The delectable offerings are available all over the islands, most notably in some of my favorite Honolulu hotels like the Modern Honolulu, which feature seamlessly integrated ingredients.

Challenging my long-held beliefs, Hawaiian cuisine is actually incredibly diverse. Blending the flavors of the multiethnic influences of Hawaii –including American, Polynesian, Portuguese, Chinese, Filipino and Japanese – the resulting fusion is unique, creative and delicious. The Hawaiian Regional Cuisine culinary movement emphasizes using the freshest island ingredients: cattle that was raised grazing in the upland pastures of Hawaii’s Big Island, fruits and vegetables grown from rich, volcanic soil in Maui and, of course, some of the highest quality seafood in the world.

My two favorites in Honolulu have got to be Alan Wong’s Restaurant and Hoku’s. Both are partners of the Hawaiian Regional Cuisine movement, and both expertly blend the aforementioned unique ingredients with chic dining experiences.

Wong’s showcases the contemporary style of cooking, marrying all of the ethnic influences found in Hawaii. Standout dishes include Tomato ceviche, seafood lasagna and ginger crusted onaga, but what drew me here was learning of the chef’s embrace of local farmers and agriculture. Wong and his staff have been meeting with farmers well before the restaurant’s start, appreciating each farmer’s philosophy and passion.

Hoku’s has an outstanding view to back up the savory cuisine. Utilizing the imaginative foods of the Pacific, Hoku’s has won many accolades including best Sunday brunch in Oahu and best views. The multi-tiered dining area features breathtaking panoramic views of the ocean, meaning there are no bad seats in the house. Known for their salmon croquette amuse bouche and ahi musubi, it continues to be a favorite with locals and tourists alike.

Get the full appreciation for the island cuisine is by following the farm to table process. Taking a walking tour of Upcountry Maui is a beautiful way to witness the upland farms of Maui. The fruits of the chef’s labors are featured in fabulous restaurants of West and South Maui.

Located 4,000 feet about sea level, the fertile fields of Kula make a perfect farm tour. The rich volcanic soil is responsible citrus and produce, including the famous Maui sweet onion. Along with produce, the gorgeous fields of Alii Kula Lavender Farm is a periwinkle paradise of more than 25,000 lavender and other exotic flowers. Rounding out the Kula experience, head over to Surfing Goat Dairy to learn about the cheese-making process and even – if you are feeling adventurous – try milking a goat.

There are endless ways to enjoy the fruits of Hawaii, and I am happy to say that I have just begun what will be a long and delicious journey.