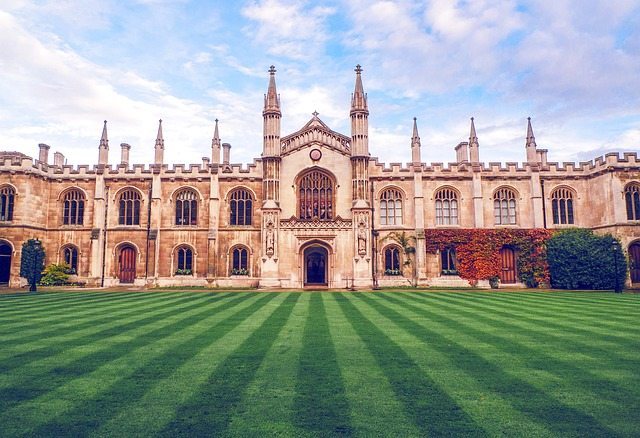 For statesiders not in the know, Cambridge is the quintessential picturesque college town. Think Princeton with more British accents, and fewer Jersey drawls. (No GTL’ing here, kids.)

When I think of college, I think of food—whether it be the over-the-top dining hall brunch every Sunday, the Chinese take-out that was inevitably ordered on dreary days, or the chili cheese fries from a downtown bar that satisfied my late night cravings.

The University of Cambridge may be clear across the pond, but excellent (and greasy) eats are just as much a part of the student experience as they are in the States. Read on for some of the best bites I had in and around town, in the order you should hit them:

This centrally-located pub is noted for its historical significance—it was at this Bene’t Street space in 1953 that Watson and Crick announced their discovery of how DNA carries genetic information. Fun facts aside, the Eagle is worth a visit based on its interior alone. Dim lighting and comfy chairs invite patrons to linger a little longer over the countless old photos and posters adorning the walls. The ceiling is covered in the graffiti of British and American WWII pilots who burned their names and squadron numbers there using cigarette lighters, candles and lipstick. These etchings likely aren’t the oldest things in the building—it supposedly dates all the way back to 1566, possibly even earlier than that. For those that like a little hash with their history, don’t miss the full English breakfast: beans, fried egg, tomato, sausage, and potatoes. The Eagle is the perfect place to fuel up before a long day of sightseeing. 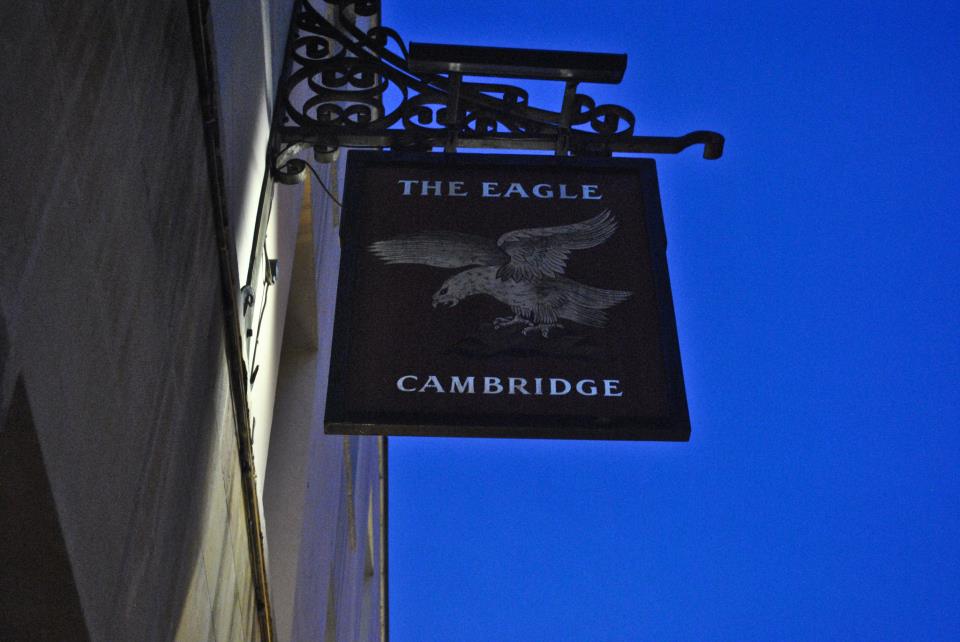 A complete English breakfast is on the filling side, which makes West Cornwall an optimal lunch spot; those still full from breakfast can suffice on a snack, while the hungry can order as many savory-stuffed pasties as they wish. What’s a pasty you ask? A little pronunciation primer before we dish: It rhymes with “nasty,” though it tastes just the opposite. A traditional Cornish pasty is filled with beef, sliced or diced potato, swede (also known as a yellow turnip or rutabaga) and onion, seasoned with salt and pepper, and is baked. WCPC serves only authentic Cornish pasties, meaning they are made in Cornwall before being shipped to Cambridge for baking. The hot lamb and mint is worth a try, as is the gooey cheese and onion. Skip the crowds downstairs and take the winding staircase to the upper level—it’s super-cozy and overlooks the hustle and bustle of downtown. 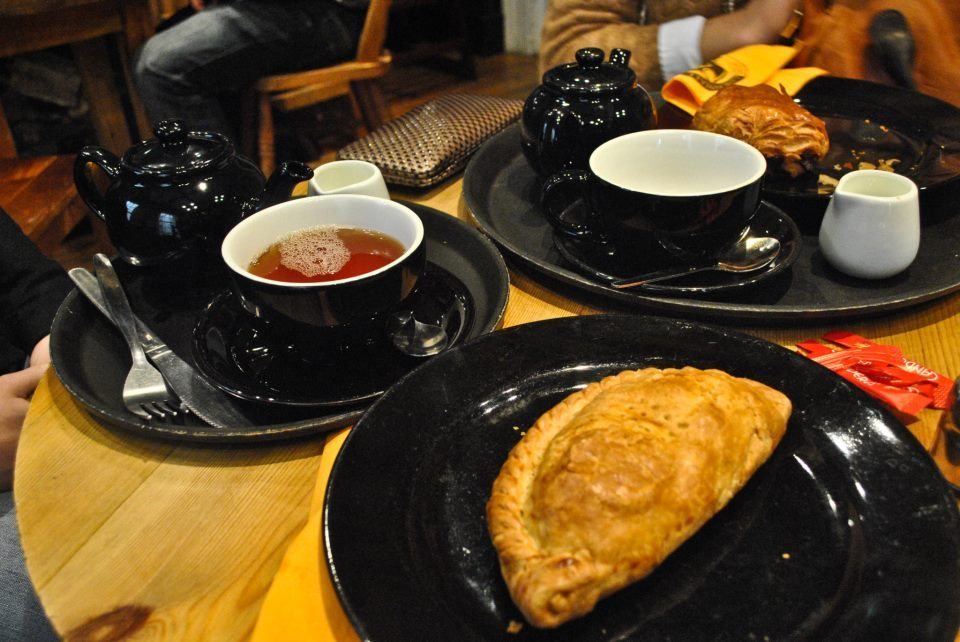 Unlike the other spots on my list, this one is a little harder to get into. Sidney Sussex is part of Cambridge’s collection of colleges—while in town, I stayed with a friend who is currently getting her master’s in Egyptology. Thanks to Kelly, I was able to experience a student dinner, with a dash of English elegance. Picture everyone decked out in snazzy formal wear worn under their black robes, seated at long tables, a la Harry Potter. The entire room stands while the Head Table—where the Master sits—files in. The meal is exactly the opposite of what most American collegiates experience: classy and tasty. The highlight was the banoffee pie—yum! Bottles of wine can be purchased pre-meal, and enjoyed all evening long—before you adjourn to the adjacent bar, of course. As the legal drinking age in America is much higher, dining hall vino and on-campus bars are Cambridge mainstays we unfortunately miss out on. Bollocks.

After you’ve consumed all that food, you need a place to dance everything off. And have dessert, of course. Wetherspoon, or “Spoons” as the locals call it, is happy to oblige your needs. A downstairs disco room blasts Euro pop, while upstairs you can partake of sticky toffee pudding and booze. The space looks like an American movie theater with a wall of dancing Brits in place of a big screen—think colorful carpets and flashing marquees; it was originally built as the town’s biggest cinema in the late 1930s. Other Spoons are scattered throughout the countryside, but Regal is perhaps the brand’s most retro outpost. 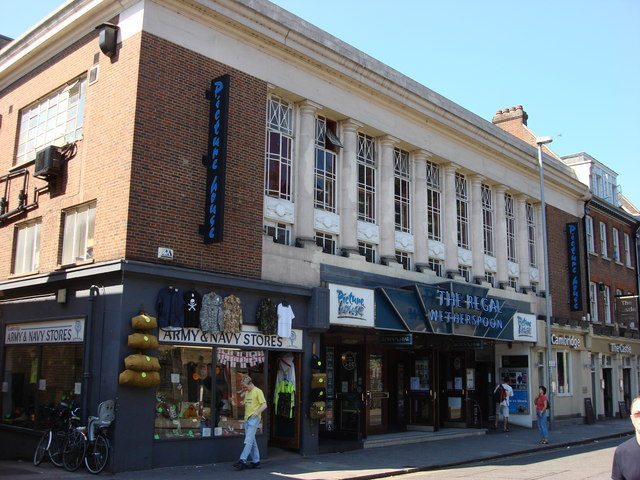 It’s dark, you’re drunk. The best cure for the late-night munchies: French fries. Whether tipsy or not, the food truck’s fare is the perfect midnight snack. Doused in vinegar and salt, these spuds are served piping hot. You’ll likely finish them before they’ve had time to cool off—they are that tasty. Take note for when you order—Brits call them chips; I just call them delicious. Kebabs and burgers are also on hand for potato-phobes. The Van sets up shop in the center of town from 9 p.m. to 3 a.m., so you’ll have to eat elsewhere during daylight hours, which is probably good news for your waistline.

Don’t forget to take your eyes off of your plate every once in awhile! Cambridge is among the most beautiful cities I’ve ever visited and one I would certainly return to, chips or not. 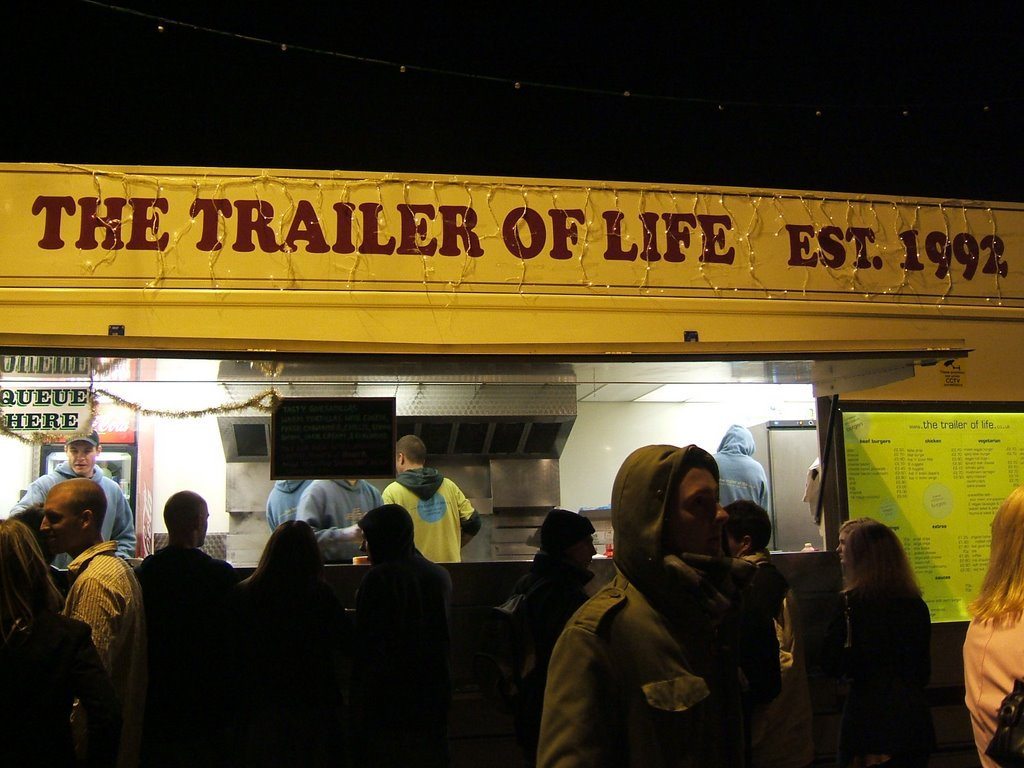