Five Adventures to Take in Dominica 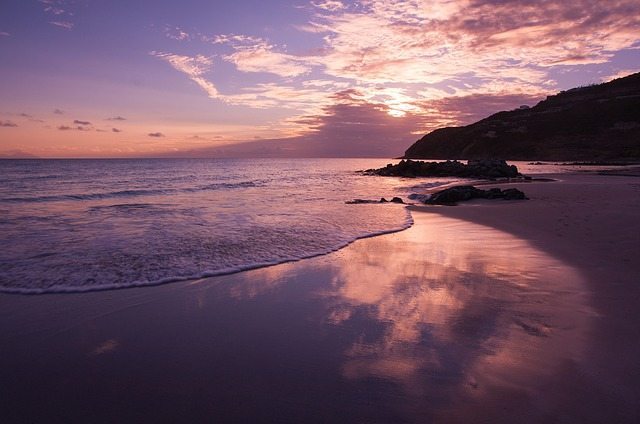 Dominica is called the “Nature Island” of the Caribbean and that nickname is well-deserved. Upon arriving, I embarked on a nearly two hour ride from the airport to the capital city of Roseau. The roads were barely decipherable but nature was all around. Even in the dark, I could make out the families of trees flanking our van on either side. During the next few days, I was to discover various aspects of the island, many of which are rooted in the landscape’s lush vegetation. Here are a few ways I experienced nature on Nature Island. 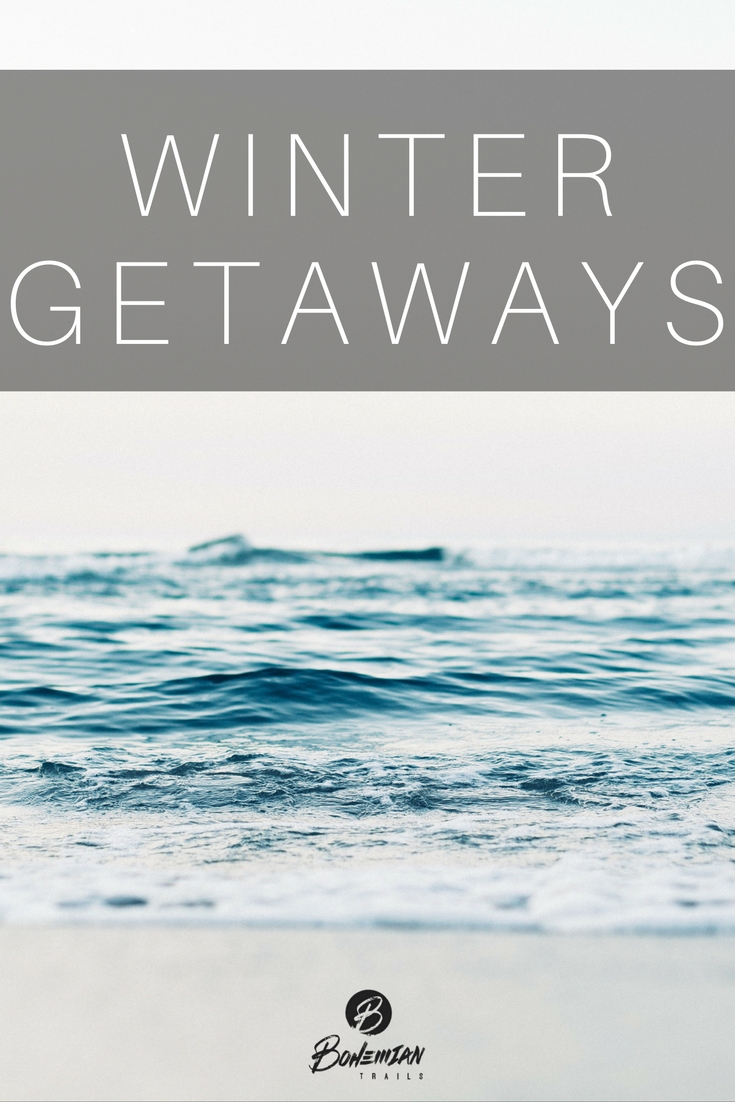 Hiking through the Waitukubuli National Trail

My first morning in Dominica started with an adventurous hike through Segment 10 of the Waitukubuli National Trail. Currently the only trail of its kind in the Caribbean, the WNT includes an impressive 115 miles of hiking routes. There are fourteen segments in total and we chose Segment 10, which is among the easier hikes. Considering it was a “beginner trail,” I actually found it a bit difficult but I enjoyed the challenge…and the view about mid-way through the trail.

If you only have a day or two on the island, this is a good segment to start with because it only takes about three or four hours to complete and there is more than enough nature to see along the way. There are even a few tree branches to swing on, in case you want to channel your inner Jane from Tarzan. Travelers can hike by themselves but I recommend having a guide if possible. Allan, our guide for the trek, is a local from the nearby town and knew every type of plant, flower and fun fact about Dominica and having that inside scoop really made this a memorable morning. 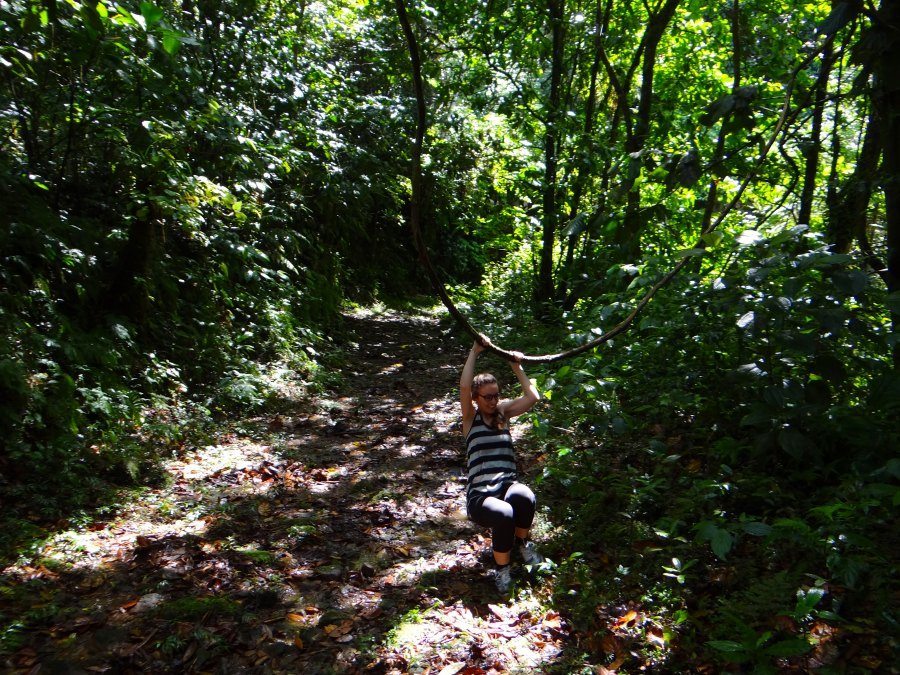 When I learned that there is a place in Dominica called Champagne Reef I knew I had to visit. A part of me hoped that real champagne might be involved but that would probably have been a dangerous combination. The reef got its clever nickname because of the small gas bubbles that rise from the volcanic bottom of the ocean floor. Temperatures can reach up to 90 degrees so it kind of feels like you’re in an underwater jacuzzi.

We took an hour tour through the reef, passing fish of every color and even some ruins from a sunken ship. Pre-Carnival anticipation was in the air and for many, the festivities were already well underway. Not far from the reef, there was a P-Diddy-worthy booze cruise where people were drinking and dancing to Top 40 hits. The energy was contagious and as I listened to songs from Rihanna, Beyonce, Katy Perry and even Miley Cyrus from underneath the water, the bubbles shone like diamonds reflected under the clear blue sky. 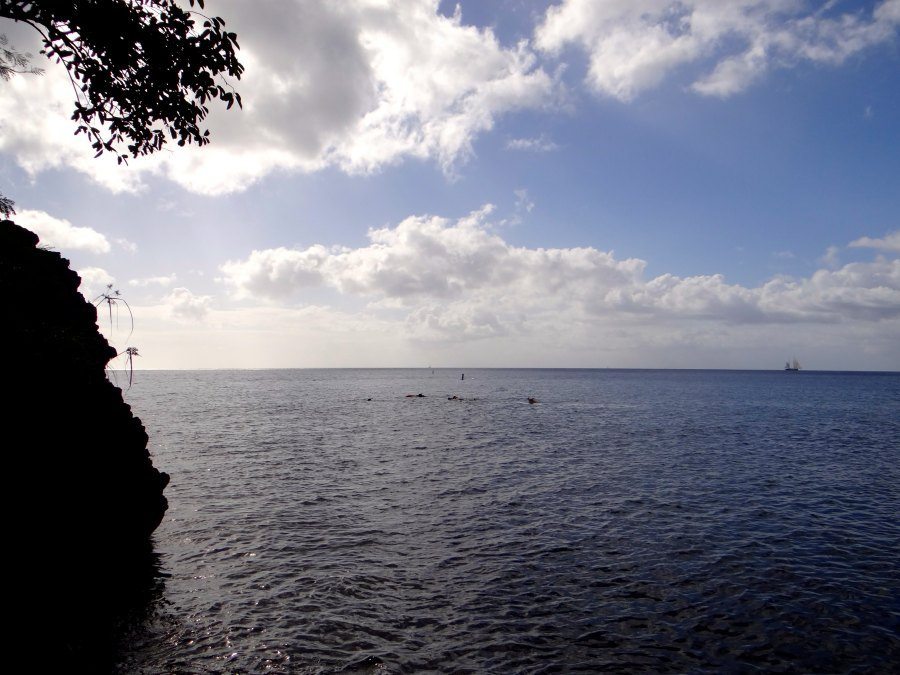 Cruising along the Indian River

After hiking the WNT and snorkeling in Champagne Reef, I was ready for a leisurely river cruise. As it turned out, this was one of my favorite activities while on Dominica. Taking a small boat into the river, our tour guide began telling us all about the unique vegetation and animals that live here. We also passed a few different spots where Pirates of the Caribbean 2 and 3 were filmed, including this small hut that was built specifically for the movies. I really appreciate how the constructors did their best to create something that not only blended into the environment but one that didn’t harm the habitat.

Perhaps the coolest and most unexpected portion of the river cruise was a pit stop to a bar and garden area midway through the cruise. After snapping a few pictures of the colorful flowers and chatting with some of the locals maintaining the grounds, I slurped down a delicious rum cocktail made from fresh ingredients, all before 11 AM. I’ve been on a few river cruises over years, none of which included a bar, let alone one that used tree stumps for seats and blended fruits from the trees overhead. 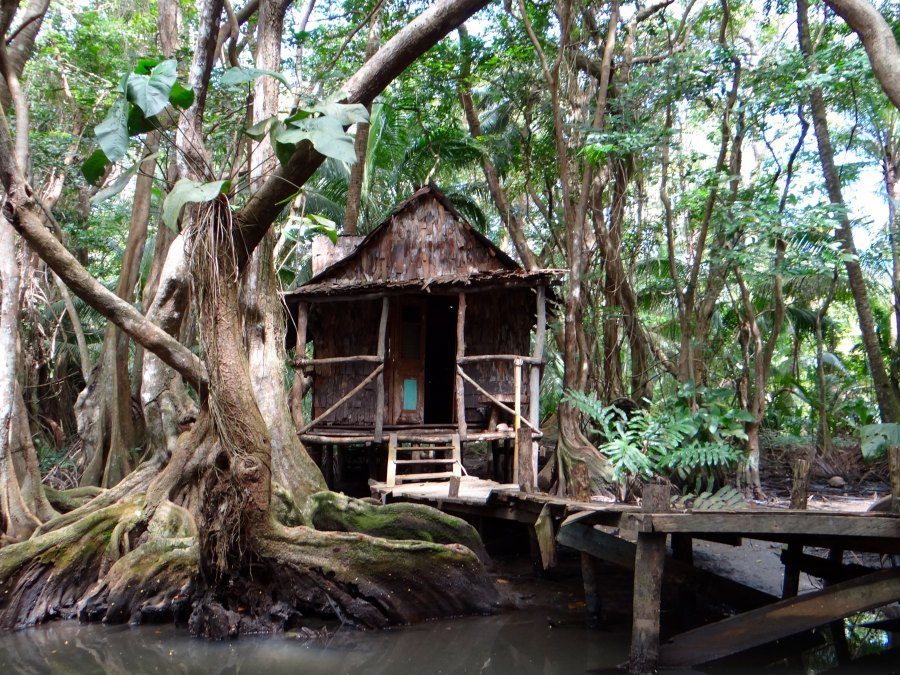 It’s no secret that I’m more than slightly obsessed with marine mammals. In fact, before completely changing my opinion 100%, I used to dream of being a killer whale trainer at Sea World. My intentions were good of course but after learning about the terrible treatment of these brilliant creatures, my goals shifted.

Tangent aside, Dominica is the first place where I got to release my inner five-year old and whale watch. Accompanied by about thirty other tourists, it was a nine year old girl from Brazil who I bonded with the most. She was there with her parents and was the only person as excited as I was to be on the hunt for whales and dolphins. It reminded me of all those times I begged my parents to take me on a whale watch as a kid. It may have taken longer than expected, but I finally got the chance and it was everything…and so much more than what I expected.

Once again, the guides were extremely knowledgeable about what mammals we were spotting, when we would spot them (thanks to underwater technology that detects sound) and when they would breach. By the end of the four hour excursion, I probably saw more than ten whales and about thirty dolphins. One might think that after the third or fourth spotting people would get over the initial shock but that was not the case. The childlike joy radiated from all of us as if it was Christmas morning. 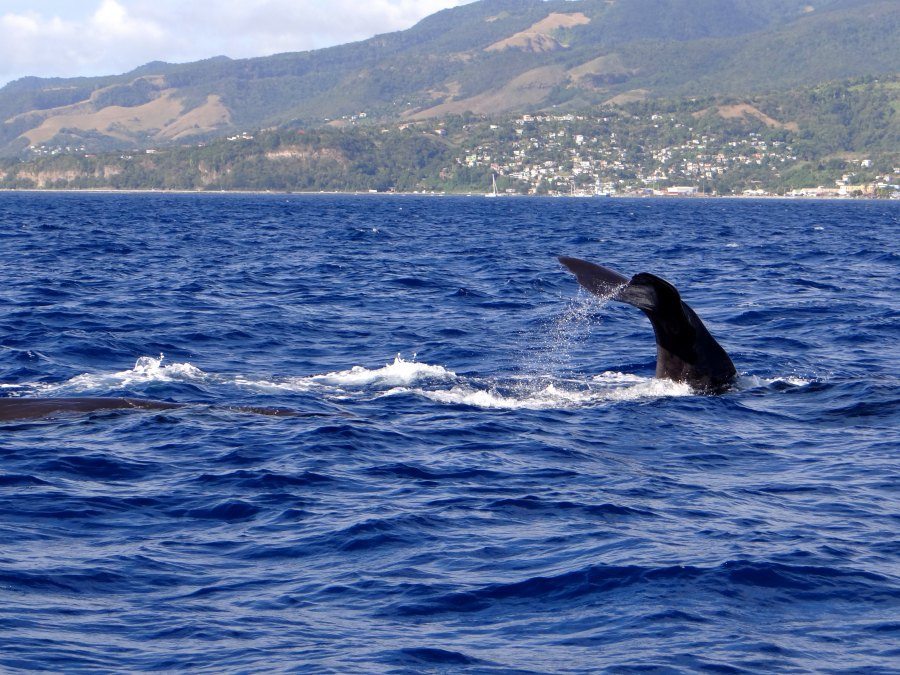 On my last full day on the island, I opted for a leisurely visit to Trafalgar Falls. The great thing about Dominica’s nature attractions is that things can be as rigorous or as laid-back as you like. For example, if I wore hiking shoes I could have climbed the rocks surrounding the falls and bathed underneath the twin waterfalls. Since I wasn’t prepared and already sore from the last few activities, I chose to marvel at the landscape from afar.

If you have a few hours to spare, definitely try to make it here. It’s one of the best places to sit back and end enjoy the view. From the parking lot, it takes about fifteen minutes to get to the base of the waterfalls where all the rocks pile together. Spend a few hours sun bathing or take a dip in the shallow pools. 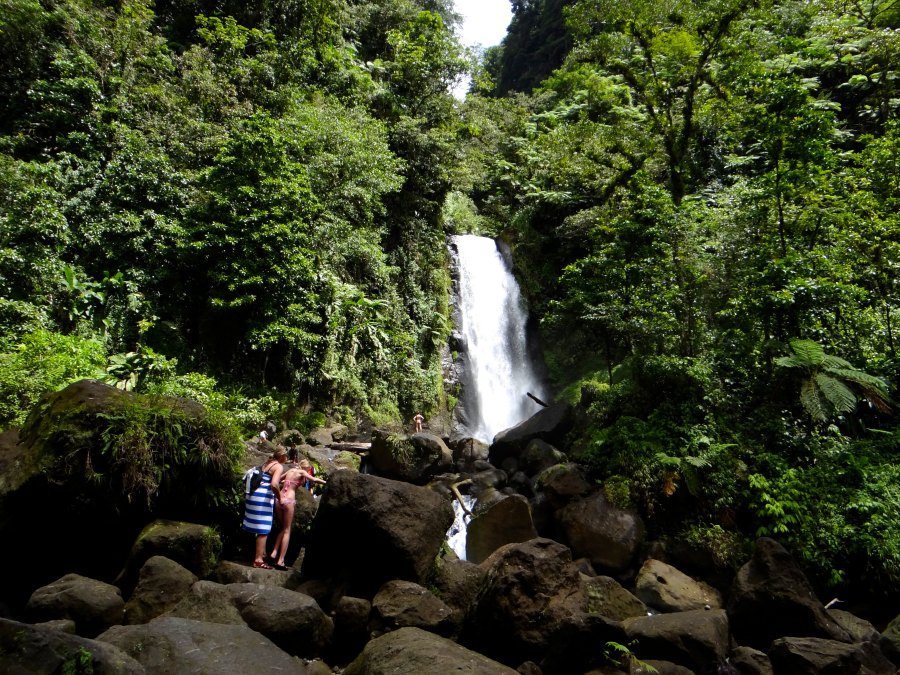 What’s the most lush destination you’ve visited? Tell me in the comments below!