Feeling at Home in Ireland’s Countryside 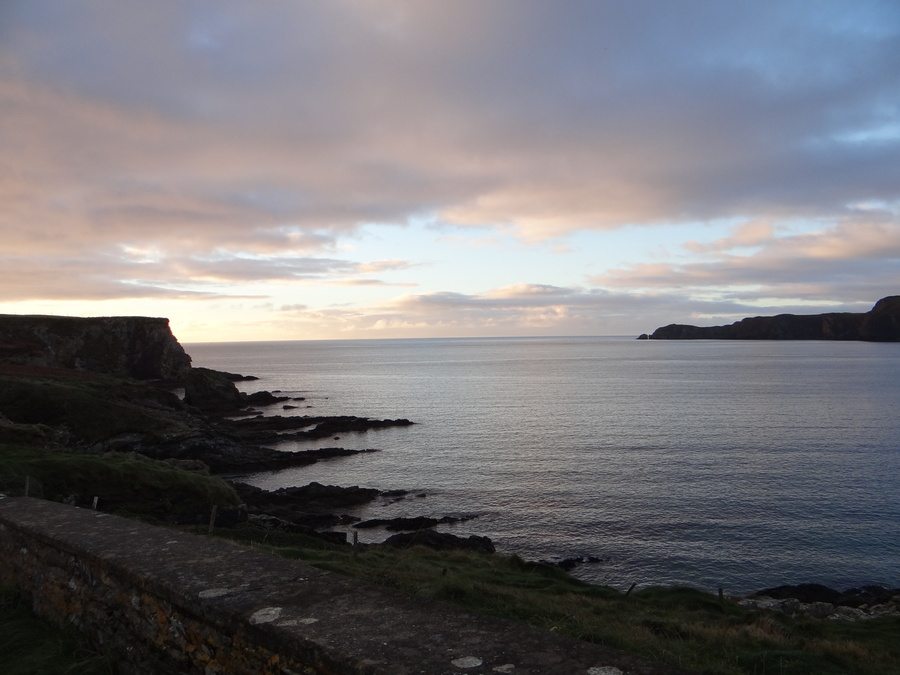 It’s been nearly five years since my first visit to Ireland and of all the places I’ve been this year, Ireland never stopped whispering in my ear. Even though I consider myself American, having been born and raised just outside of Washington, DC, I actually have dual citizenship with Ireland and so naturally I feel tremendously connected to the country.

Not surprisingly, I find myself  thinking about my Irish ancestry quite often, which is fairly extensive on both sides of my family. Sometimes I imagine the lives they lead; lives that would ultimately take them to The United States.

During my previous brief stints in Ireland I was only interested in the cities, which in Ireland is only scratching the surface of what you can discover. At that point in my life, I was 21 years old and hardly interested in visiting the tiny town where my grandfather grew up. This time around, however, I had the chance to experience local life in the country. We toured through County Cork and County Kerry, both located in southwest Ireland.

In many ways I felt like a true tourist yet, the other half of me felt like I was coming home. There is an undeniable comfort I feel from breathing in the clear, crisp air of the morning and gazing upon the evergreen ground spanning in every direction. There is no mistaking the ease that so effortlessly washes over me and I can’t help but feel grateful that I’m stepping on the same soil as so many of my ancestors.

Personal reflection aside, my recent week in Ireland took me to a number of places in the Cork/Kerry area, each more memorable than the last. Here are a few highlights from my trip.

This past August when I visited the picturesque Filoli just outside San Francisco I never expected to find the missing piece to the puzzle here in Kilarney. During my tour of Filoli I learned that the house and accompanying gardens were designed in the same likeness as Muckross House.

There are several paintings of the Irish countryside in several of the rooms at the Filoli mansion and yet it still took a guided walk through Muckross House and Gardens to put two and two together. Learning about the history of Muckross with the familiarity of Filoli already under my belt really enhanced the tour. 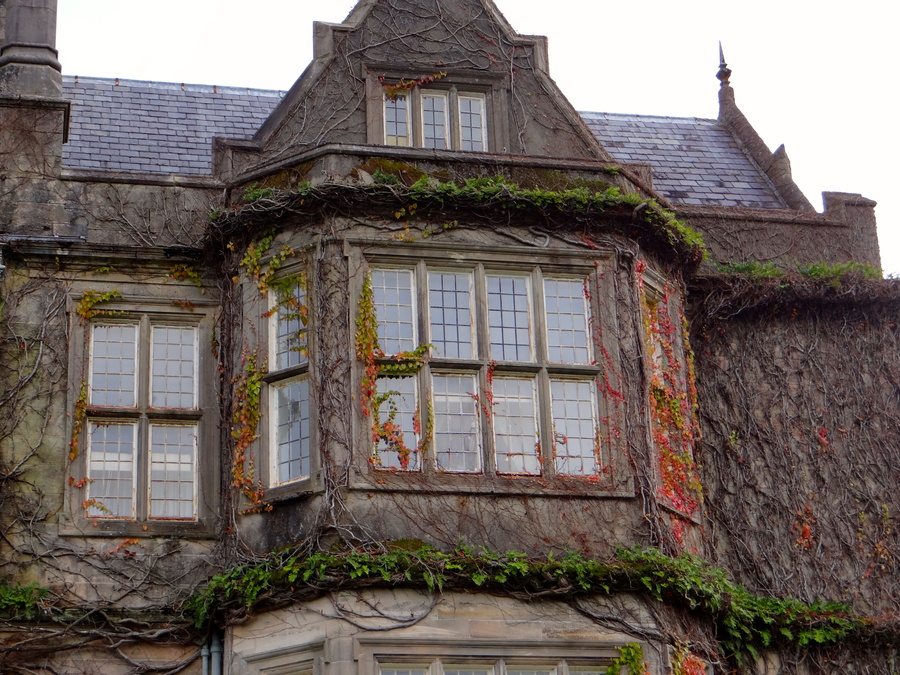 2) Sleeping Along the Coast

This was literally the view outside the Sandycove B & B in the small village of Castletownsend in West Cork. Whatever I imagined my lodging to look like it was most definitely not this. Eating breakfast was one of the most enjoyable meals of my life mainly because the room featured three walls converted into windows.

I watched the sun rise over the fields until it lit the sky with the fresh glow of morning. It easily was one of the most beautiful views I have ever seen and I just kept marveling over how lucky this woman is to wake up to this everyday. I didn’t have a chance to check out the beach a short walk away but in the summer months many people swim, windsurf, cliff walk and fish in the water.

3) A Walk Through the Enchanted Forrest

I might not have been in an enchanted forrest but Killarney National Park is as close as I’ll ever get. The park may look small on a map but it’s actually rather massive and features the McGillycuddy’s Reeks, which just happens to be the highest mountain range in all of Ireland. We took a two hour leisurely walk around one of the three lakes on behalf of South West Walks Ireland.

The park is part of the Ring of Kerry, a hugely popular tourist attraction. Between the open air, the green grass and the soothing lakes, I hardly noticed that we walked a total of five miles. 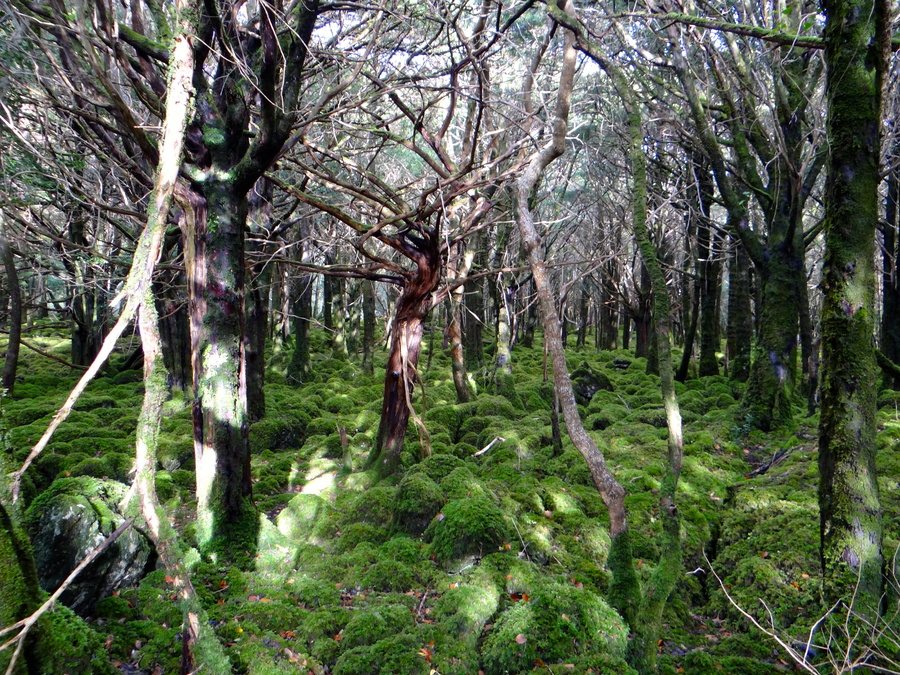 I couldn’t help but include a picture of this little guy in my roundup. Right after our guided walk of the park began, I found this dog staring out at Muckross Lake as if the whole world was staring back at him. I lingered back a few minutes until his owners reappeared to collect him and continue on their way.

I’m not sure what it was about this dog that sparked my curiosity but I somehow felt that we were both appreciating the view before us and that neither one of us dared to move from this spot, for fear that the beauty would disappear as so many dreams do. 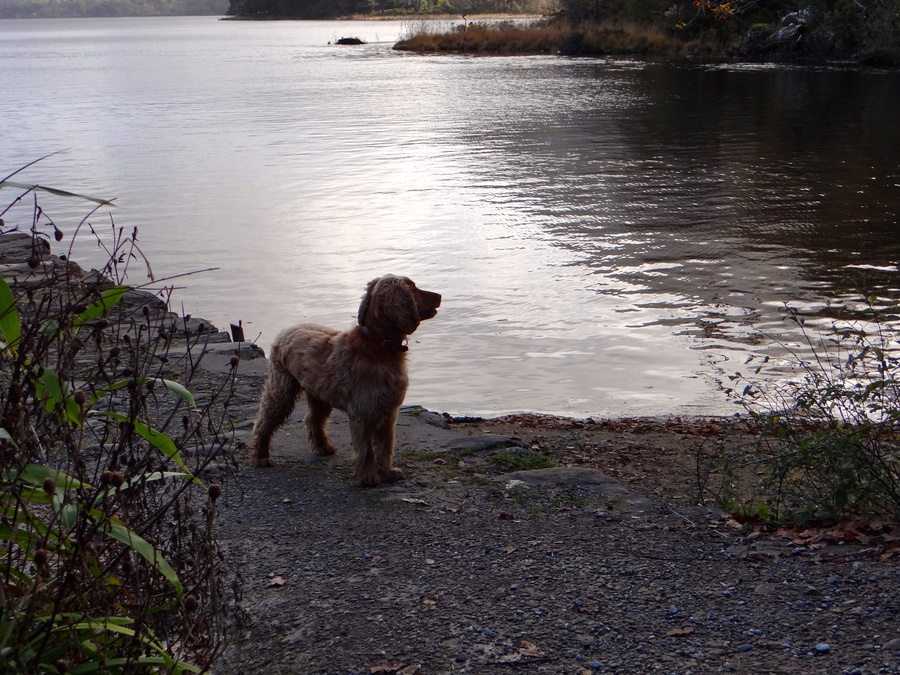 With the sun on our side, our group took a horse-carriage ride through another part of Killarney National Park. We eventually stopped at Ross Castle located near Lough Leane (lake)  and dating back to the 15th century. There is a small bridge leading to the castle grounds and as I looked around it seemed like none of the locals took notice of the grand castle before them.

Children continued to chase their imaginary friends, adults jogged along the path and our horse took a breather. I walked up to the ruins and gazed on the lake ahead, feeling like I had come home. 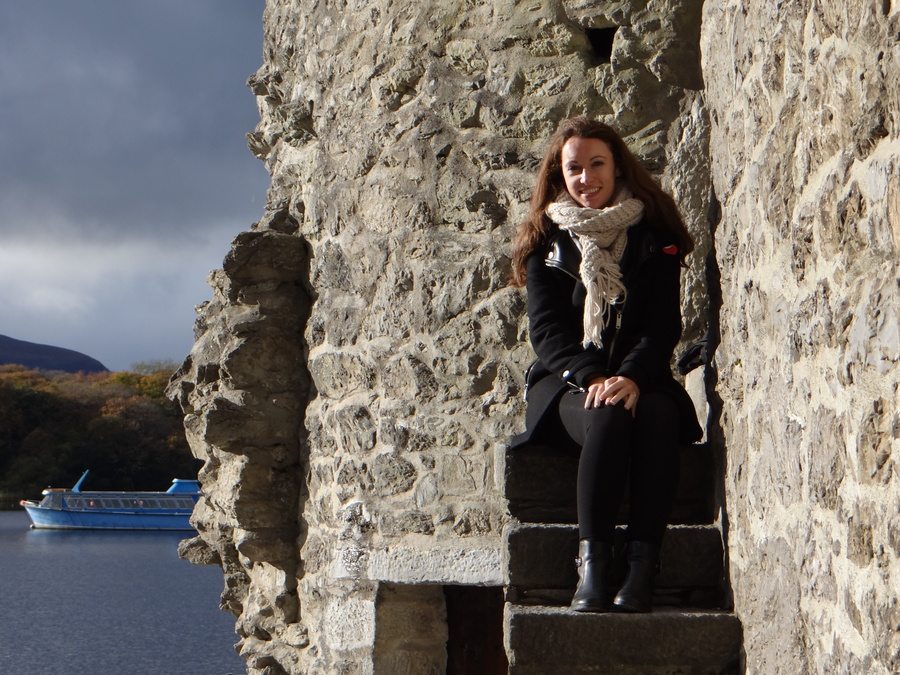