How to Feel Like a Kid in Costa Rica 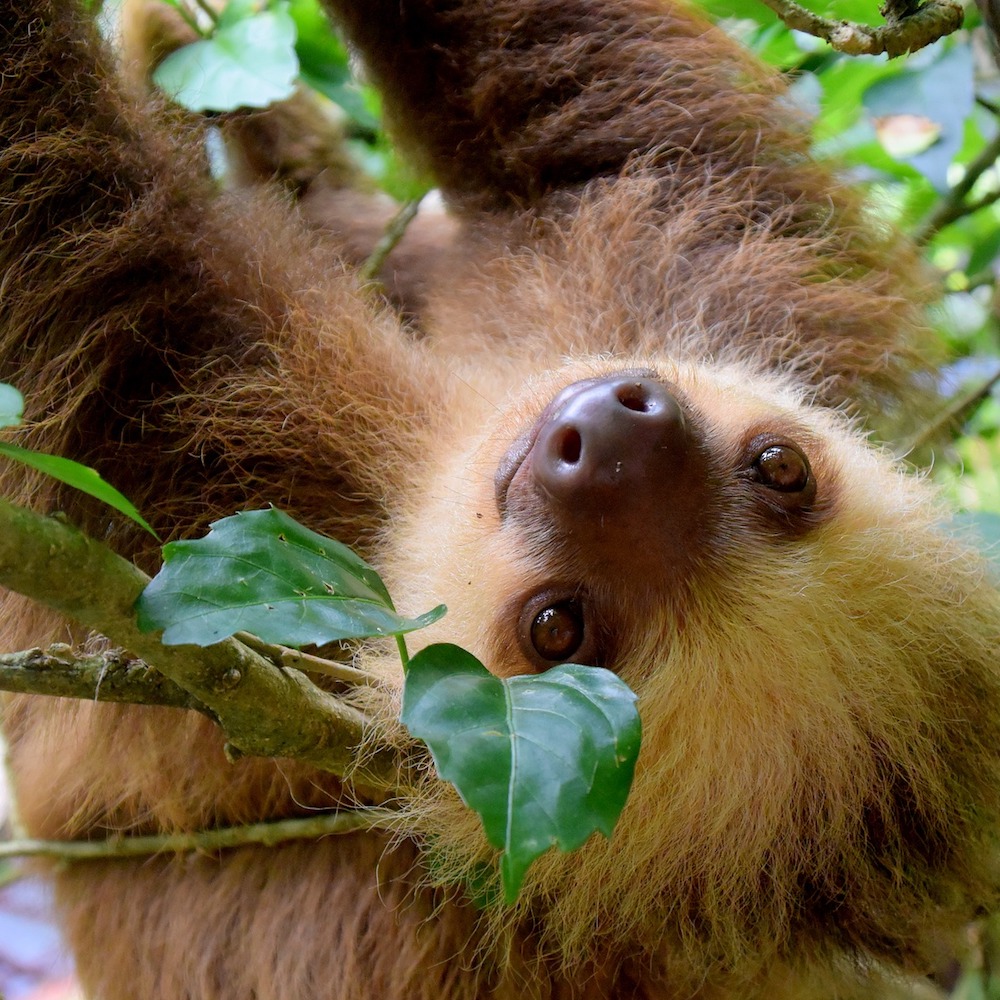 It’s hard to believe that I’m back Stateside after a glorious month in Costa Rica. Sure, I’ve heard nothing but rave reviews about this Latin American country but I knew I needed to experience it for myself. From chasing waterfalls and spotting animals of every shape and color to crossing a hanging bridge, there are countless ways to feel like a kid. Here are a few of my personal favorites! 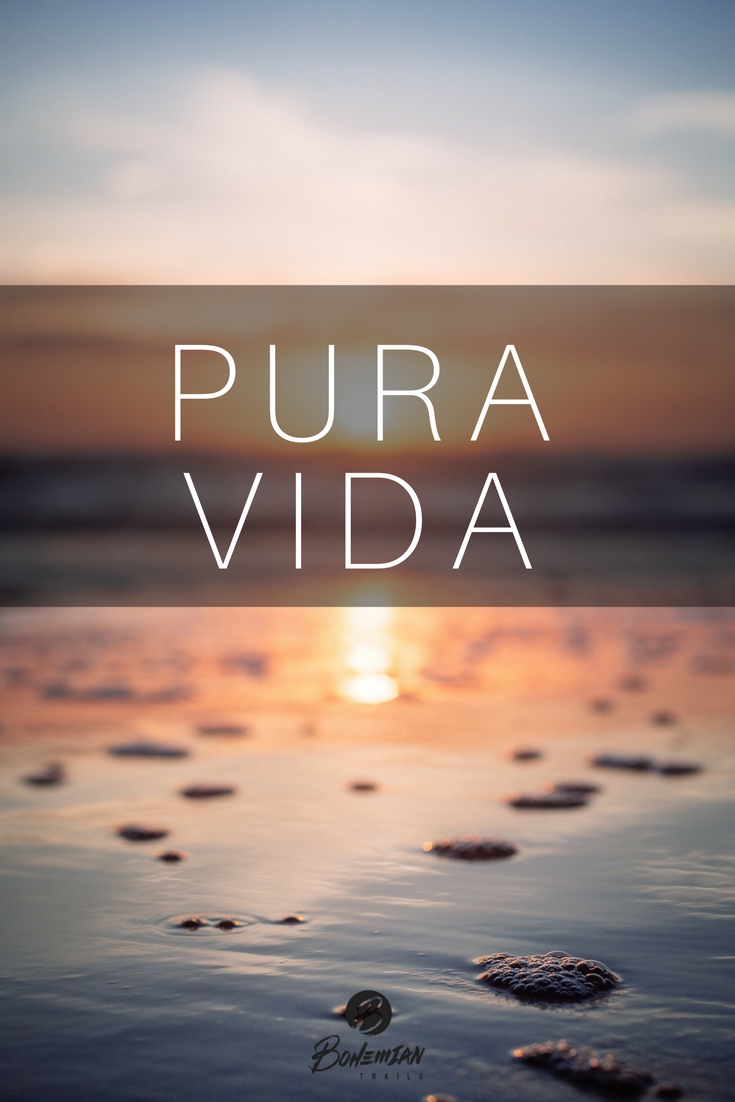 During my time in Guanacaste – which happens to be the fastest growing tourism region in the country, I got a little wet and wild. First up was an ATV ride through the Costa Rican countryside. We drove along long dirt roads, past humble houses and happy people, and over muddy rivers. Yes, rivers! This was a first for me, but the ATV still gets you to the other side, minus some major bumps.

At the end of our ride, we entered an enchanted forest with a flowing waterfall. It was the first waterfall I had seen in Costa Rica and it felt magical. I even climbed to the top of some rocks and jumped in, feet first. I’m not sure if it was the adrenalin rush of making the plunge or the fact that my own body still vibrated and tingled from the ATV, but I imagined an electric current running through me in this moment, making me capable of just about anything.

Today I decided to venture beyond the blissful @villabuenaonda and explore Guanacaste – the fastest growing tourism province in Costa Rica ?? First up was an ATV ride through the local town, a ton of fields with horses ? and rivers…all leading up to a waterfall at the end. Then I did a canopy tour for a birds eye view. I even did one ride upside-down ? After a week of not feeling my best, it felt so nice to get “back out there.” ? #puravidalife

Find a swing (or several)

My obsession with swing sets started shortly after I learned how to walk. My dad built my sister and I (before my brother came along) a wooden swing set in our backyard. Between my personal swing and our hammock, I experienced the joy of rising and falling in one clean, swooping motion. Even now, I feel nostalgic anytime I pass a playground with a swing set.

So, in Costa Rica, I found myself in Swing heaven. This one pictured below is from Arenas Del Mar—their semi-private beach area to be exact (Costa Rica doesn’t have fully private beaches). The scene was pure magic. Monkeys were crawling past my feet on the beach and up toward the trees while the setting sun created a cotton candy sky. Little did I know, I’d find many more swings in Costa Rica!

My third and final day at @arenasdelmarcr was simply blissful. After catching up on work in the afternoon, I headed to be beach to watch the sunset. Bonus points because I had many monkey ? sightings. I’m still in awe of all the wildlife there is here in Costa Rica. #puravidalife #thecayugaway

I’m sure I’m not alone in saying that whales and dolphins make me feel like a five-year-old. In fact, I remember on my very first whale watch—in Dominica—it was myself and a third-grader who were the most excited. My fellow adults didn’t see the magic like we did. Even though August is low season in Costa Rica, it’s ones of the best months to see whales migrating up the coast, on the Pacific side.

After a friend recommended Pacific Whales and Kayak, I booked a half-day whale watch in a town outside Uvita in the south. The actual tour took place in Marino Ballena National Park, which is so well maintained and was basically empty the day I visited. After boarding a small boat and bouncing over the big waves, we sailed past caves of wonder until finally spotting some Humpback whales. It was a whale fairy tale, if there ever was one!

Today was a whale’s ? tail! (Get it?) Even though my Costa Rica whale watching dreams were dashed a few weeks ago due to a mango allergy ? I decided to give it another shot today! Pacific Whales & Kayak took me into the waters of the beautiful Marino Ballena National Park where I got to feel like a 5 year old every time I saw a whale break the surface. What magic moment has made you feel like a kid? ? #puravidalife

Search for sloths (and squirrel monkeys)

Let’s not forget about the animals in Costa Rica! Hopefully, you all remember this hilarious (and brilliant) ad campaign from a few years ago. Coming from New York, where the animals I see most are rats and mice, Costa Rica truly felt like a whole new world of exploration. I think it helped that my first Cayuga Collection stay was at Arenas del Mar, which is essentially located inside Manuel Antonio National Park.

Before even arriving to the property, I spotted dozens of squirrel monkeys in a tree. This is pretty rare, as they’re not spotted often within the park, let alone outside of it, so I felt honored to have had a glimpse. I also saw sloths in the trees high above the beach, as well as colorful butterflies, dragonflies, hummingbirds and everything in between.

PRO TIP: If you do tour the park (and you should), definitely go with a guide because they know how to spot everything.

I’ve been in Costa Rica for 24 hours and am already making some squirrel monkey ? friends! While driving from San Jose to @arenasdelmarcr I saw 30 alligators, a dozen of these cuties, a sloth and a raccoon. I wonder what the next 25 days will bring. ? #PuraVidaLife #thecayugaway

I’ve personally never had the opportunity to cross a hanging bridge before visiting Costa Rica, but I took full advantage of it once I made it to Finca Bellavista. The treehouse community is unique in many ways but my favorite part of the day was crossing the hanging bridge and taking one of their three trails: green, red and orange. Sure, I’m afraid of heights, but there’s something so magical about standing high above the rush of water below.

More on this later, but the hanging bridge actually leads to a gorgeous waterfall which creates a natural pool. It’s about half-way through the green trail (named “green” because it takes you through nature rather than pebble roads). It can get fairly hot during the days, so wading in the water felt so refreshing. Plus, it felt like I had the whole place to myself since the property was not at full capacity. Another perk of off-season travel.

Spending my last week in Costa Rica in the jungle…aka @finca_bellavista. This eco-friendly treehouse community is the stuff of dreams. I was so excited to walk across this hanging bridge that I did it about 3x before venturing on to one of their trails. #puravidalife #fincabellavista

What place has unleashed YOUR inner child? Tell me in the comments below!

This post is in collaboration with Visit Costa Rica and the Cayuga Collection. All opinions are my own.