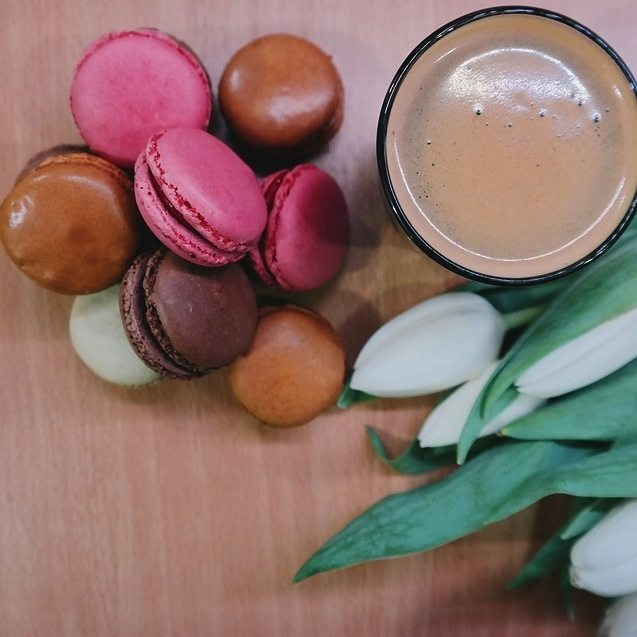 Before heading to Toronto early last month, I had already heard about the city’s coolest neighborhood, West Queen West, and was eager to explore it firsthand. For those unfamiliar with what Vogue deems the world’s second hippest neighborhood, it’s basically a one-stop-shop for everything trendy. I toured the area on a rainy afternoon and even with overcast skies, I found myself returning the next day to search for more hidden gems. Here you’ll find a slew of independent shops, cafes that double as boutiques, themed bars and farm-to-table restaurants. There’s also a very strong artistic presence here, as seen through the Museum of Contemporary Canadian Art (MOCCA) and various artist studios and galleries.

I was lucky enough to have a pretty fantastic tour guide, Betty Ann Jordan, Founder of Art InSite, who lives and breathes the neighborhood. She knew exactly where to go and even gave me cheat-sheets to remember all the places we visited. Before starting our trek through West Queen West, she walked me through the MOCCA and gave me some background into the neighborhood’s art community.

First off, the West Queen West Art + Design District was historically a working-class area and while gentrification is taking place, it still feels authentic and has managed to keep its bohemian appeal. The district takes up about 15 short blocks on Queen St. West between Bathurst St. and Gladstone Avenue and is mainly comprised of art galleries, indie fashion and design boutiques, resto-bars, music shops and everything in between. 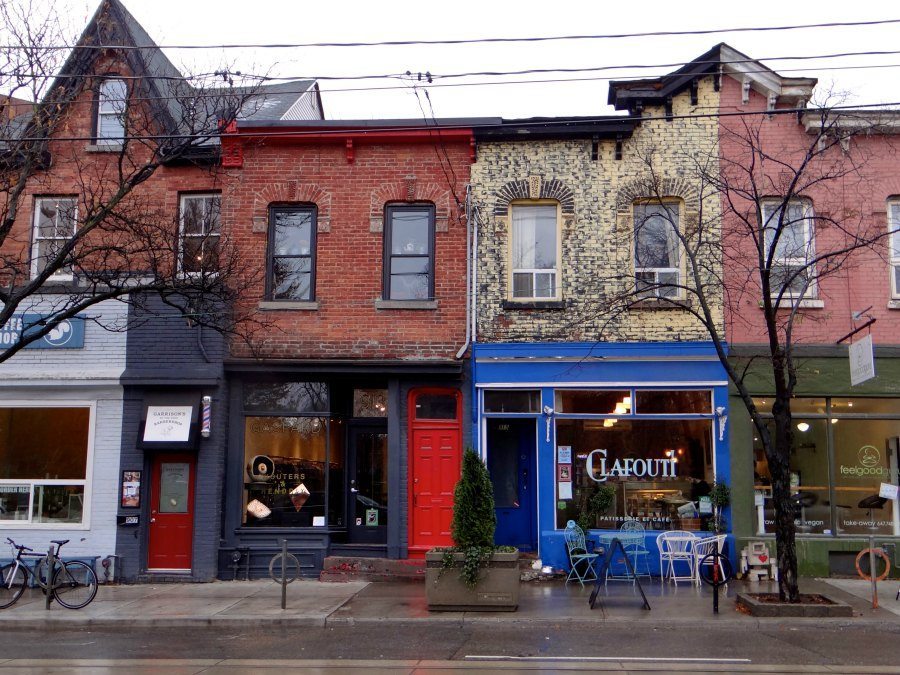 One of our first stops was the BYOB Cocktail Emporium pictured below. I could have easily spend an hour inside the shop but I just did a quick walkthrough. I was so smitten with this store not only because it sold all different kinds of cocktail glasses, syrups and bitters but because I can’t think of another place like it. It also gave me some serious inspiration to throw an elaborate cocktail party in New York and show off my non-existent bartending skills. Whether you’re a bitters fan or not, I suggest sniffing a few at the counter to imagine what it might taste like. They also have great wineglass chandeliers. 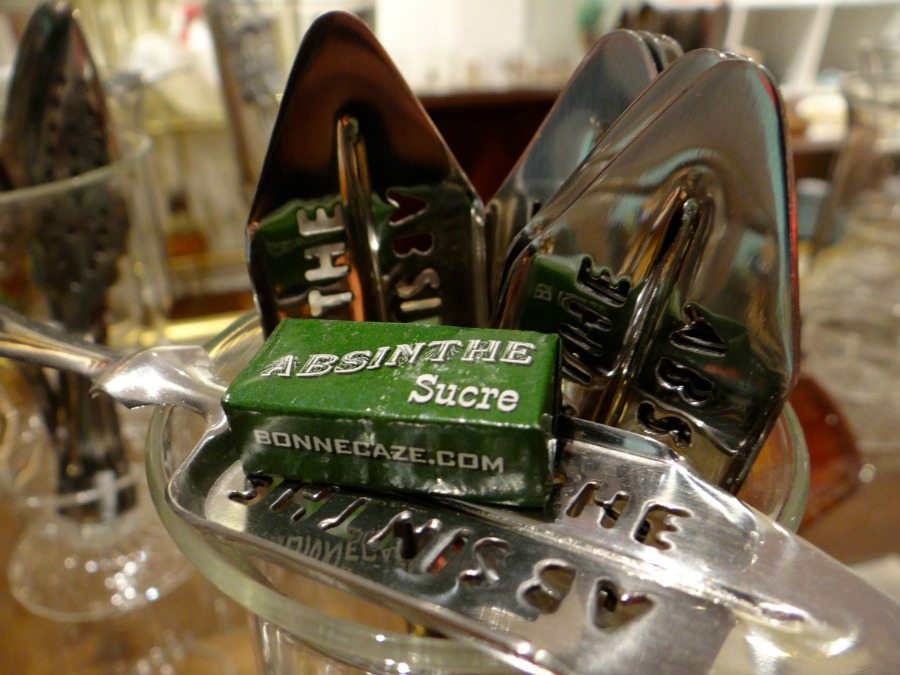 Similar to the Kensington Market neighborhood I wrote about last week, West Queen West has a slew of vintage stores. I Miss You Vintage (63 Ossington Avenue) sells high-end, collectible women’s vintage, including couture and really cool accessories. Head to Cabaret Vintage (672 Queen Street West) for garb from the 1940s-70s including bridal and cocktail dresses. If you’re a fan of leather, go to Doc’s Leathers (726 Queen Street West) for both new and old motorcycle clothes and accessories. It’s housed in 2-floor museum of motorcycling memorabilia. 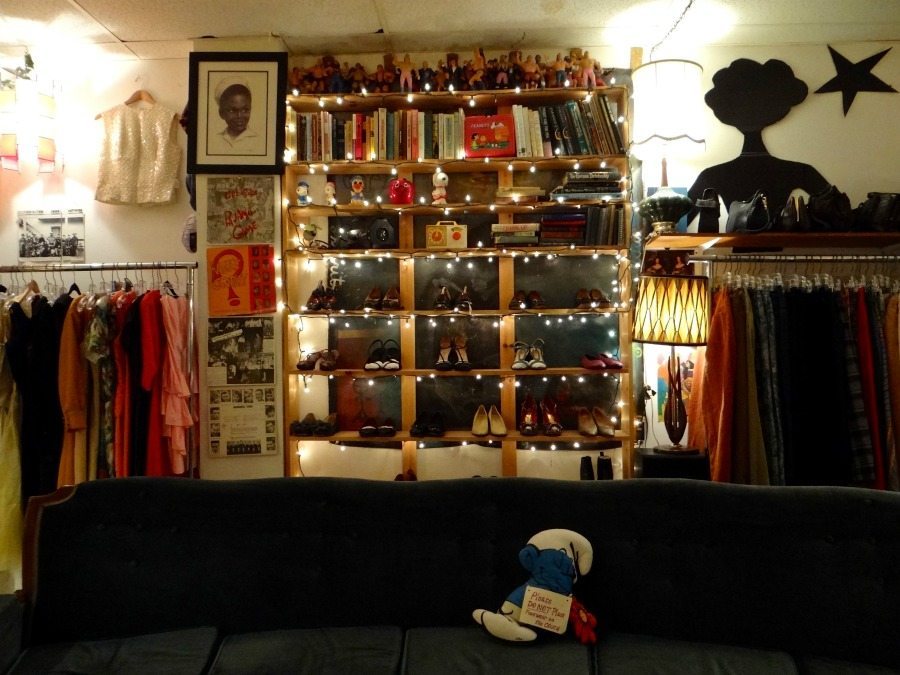 We then popped into Citizenry, one of the newer boutiques in the area and hidden behind a cafe. From the outdoor facade, it looked like a cozy cafe to have a cup of coffee but once inside, the space opened up into a full-on boutique, complete with an outdoor courtyard in the back. The decor is just as memorable as the clothing: gold drapes, slightly worn-down wooden tables in the front and plus couches. The owners, Paula Seiça and Basilio Fernando Ferreira, sell labels that are based in Portugal. I didn’t buy anything but I loved how decadent the space is and how vintage some of the pieces look when set against the interior decor. They also sold a pair of headphones where the two ends were seashells instead of speakers. I’m assuming that is for fashion and not function. 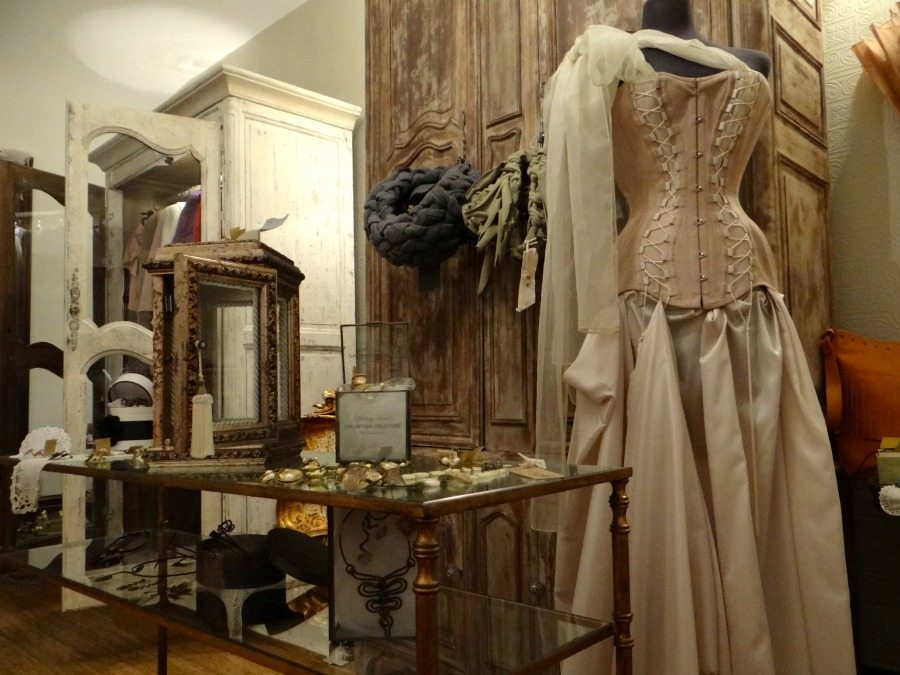 For those who simply want to wander and get lost, West Queen West is the perfect neighborhood to do so. I ended up venturing back to the area on my last day in town to snap a few more pictures and stumbled upon the Street Art Alley, otherwise known as Brookfield Street and parallel to Ossington. The alley launched in 2012 all thanks to Steve Ferrara, a local arts impresario behind Well and Good community arts collective, who recruited the street artists who glittered the walls with art. Even if you don’t walk through the alley, many of the storefronts like the one pictured below are colored in vibrant graffiti. 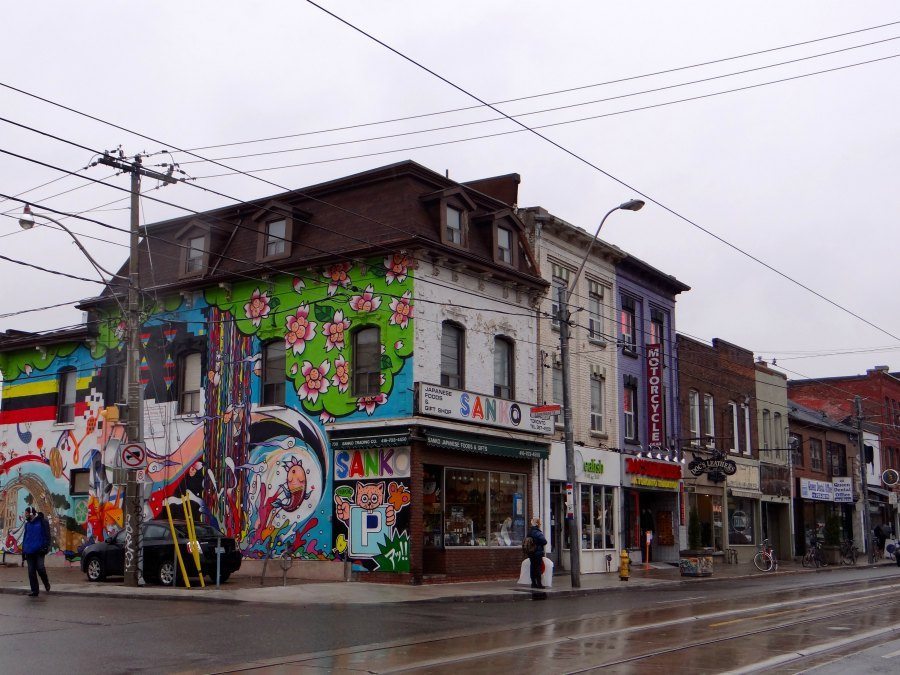 What’s your favorite part of touring a new neighborhood? Tell me in the comments below!

This trip was hosted by Tourism Toronto. I stayed at the Hilton Hotel during my stay. All opinions are my own.