Exploring Lisbon’s Gritty yet Glamorous Side 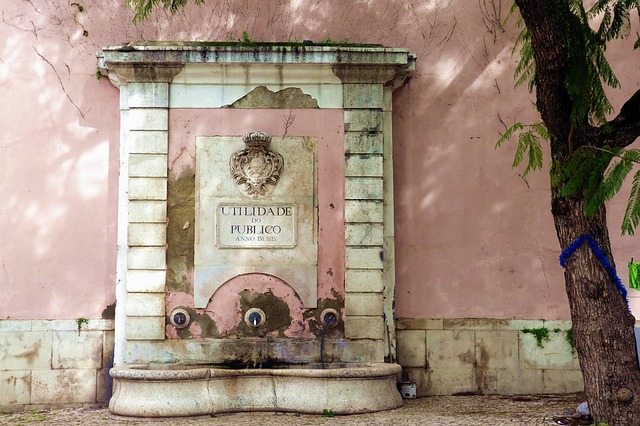 July started off with an unexpected trip to Lisbon. My husband had been invited to speak at The Lisbon Challenge and I was fortunate enough to tag along for the weekend. Technically, I had been to Portugal before but it was very short lived. I spent a memorable day in Faro during my semester studying abroad. It was meant as a pitstop on my way to see a friend who was living in Sevilla, Spain. Well, I had a fabulous time in Portugal and after hearing stories about how beautiful Lisbon is, I’ve been dreaming about visiting it ever since.

Our high-rise hotel, Tivoli Oriente, was located in the northern part of the city, which is mostly characterized by impressive modern buildings featuring varied architectural styles. It wasn’t until later that day that I headed to the Barrio Alto area and wow, was it different! I had a field day walking on cobbled streets, exploring hidden alleyways and taking pictures at every turn. What fascinated me most was the vibrant street art that appears in pockets of the downtown neighborhoods.

I quickly learned that Lisbon is truly a city of contrasts. The graffiti-covered walls are a stark change from the historic monuments and the modern architecture seen in the north. I assumed that I would pick a side so to speak; that I would either appreciate Lisbon’s gritty side or I would applaud it’s more glamorous aspects, but the truth is that one without the other wouldn’t mean much at all. 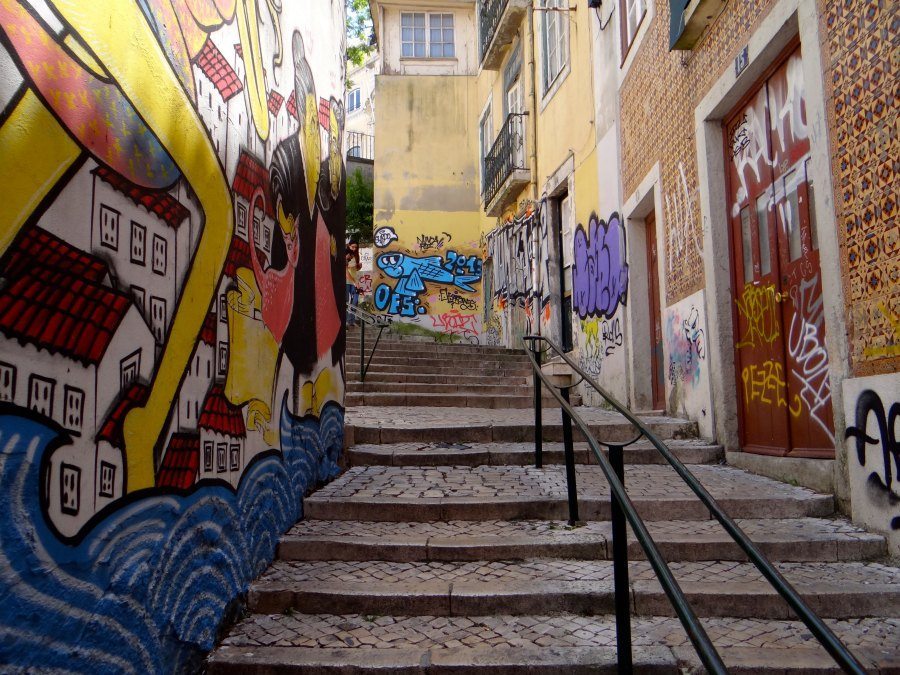 For anyone specifically in Lisbon for the street art, here’s a helpful guide. I was honestly there to wander until my feet could wander no more and even though I had no set plans or even a map to keep me on track, I still stumbled upon plenty of art on my route. Unlike other cities that I’ve visited, street art is not only respected in Lisbon but it’s revered. In fact, traces of street art date back to the 1700s when formerly all-white buildings were rebuilt in bright colors due to damage from the earthquake of 1755. What a great example of rising from the ashes. 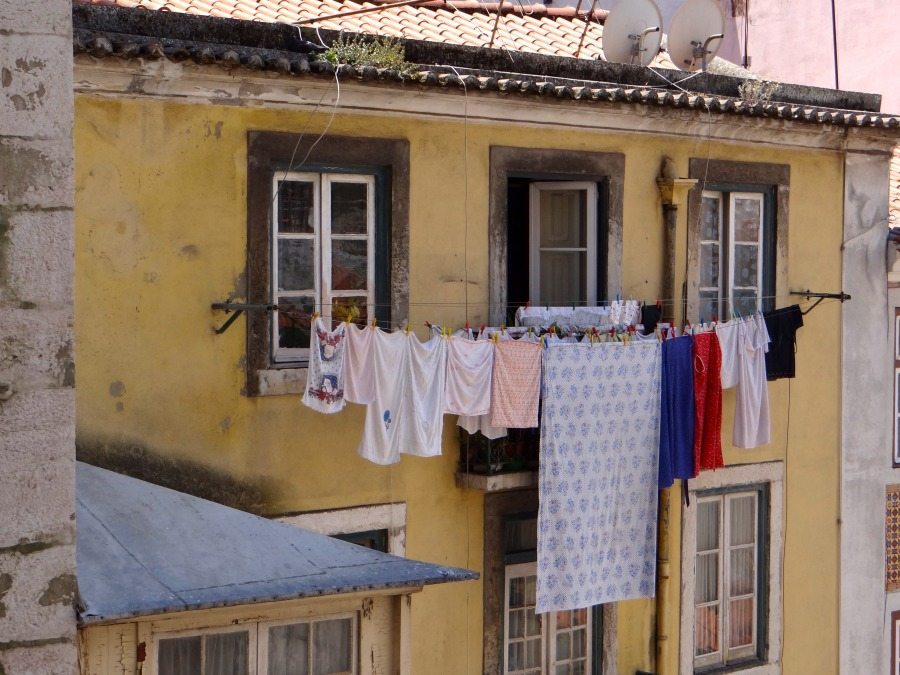 Although I’m no expert in Portuguese, I had my husband translate this phrase and it roughly comes out to “I wish I were the eyes of people who look at you with indifference.” As as listened to Diego’s translation, I looked back and forth between his eyes and the message covering the wall. I couldn’t imagine ever wanting to or even being able to look at him with anything other than love and admiration. Sure, it’s safer for us to keep our emotions at bay but then again, who wants to live a life devoid of feeling? Regardless, it’s a powerful message. 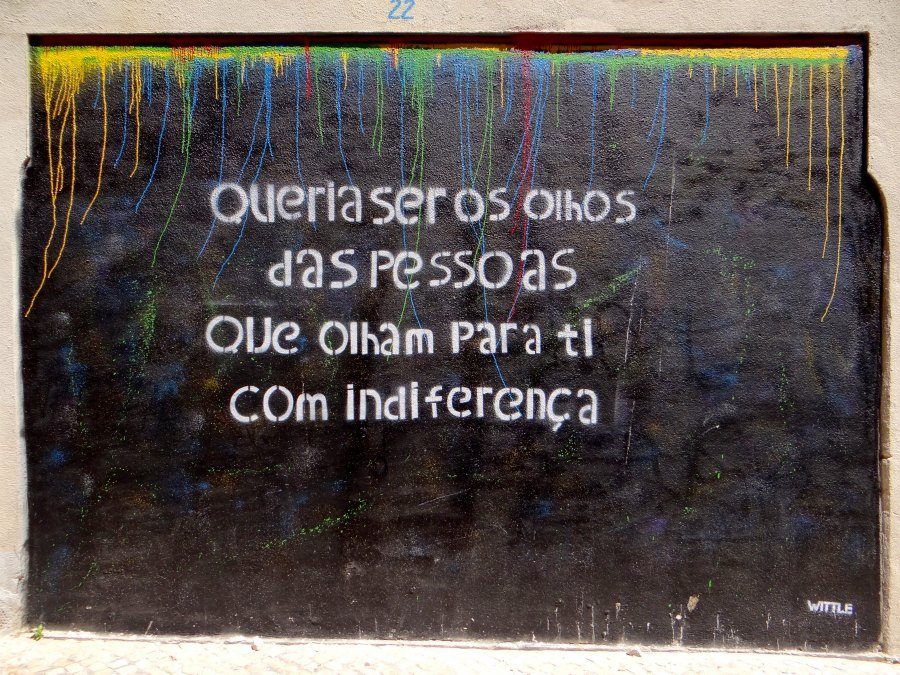 In addition to Barrio Alto, there’s plenty of graffiti in Alcantara, Parque Mayer, Avenida de Liberdade and the small passage that connects Rua da Madalena and Largo São Cristovão. I didn’t have time to research famous Portuguese artists but I do know that many of their work is here in Lisbon—Vhils, Bray, Tosco, YUP, Odeith and Chure to name a few. Based on the graffiti that I saw, some of them convey deeper meanings that reflect or perhaps challenge the country’s history, culture and lifestyle while others are there simply for one’s amusement. 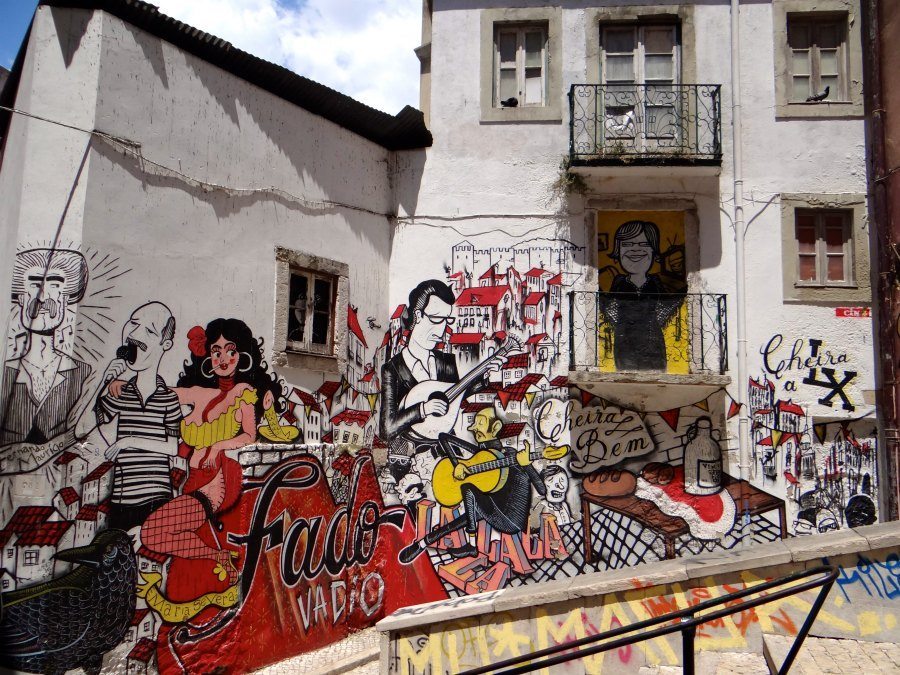 Beyond the passageways and corridors where street art serves as open-air galleries, the same distinctive, alternative vibe is present throughout all of Lisbon. Although I didn’t ride one of the famous trams, I found the graffiti on the outside rather charming. I’m not sure if the locals would agree with me or not but I think it adds an extra layer to complexity to Lisbon; just when one thinks he has this city figured out, it throws another curveball. Speaking of trams, Lisbon is a hilly city so definitely take advantage of public transportation. 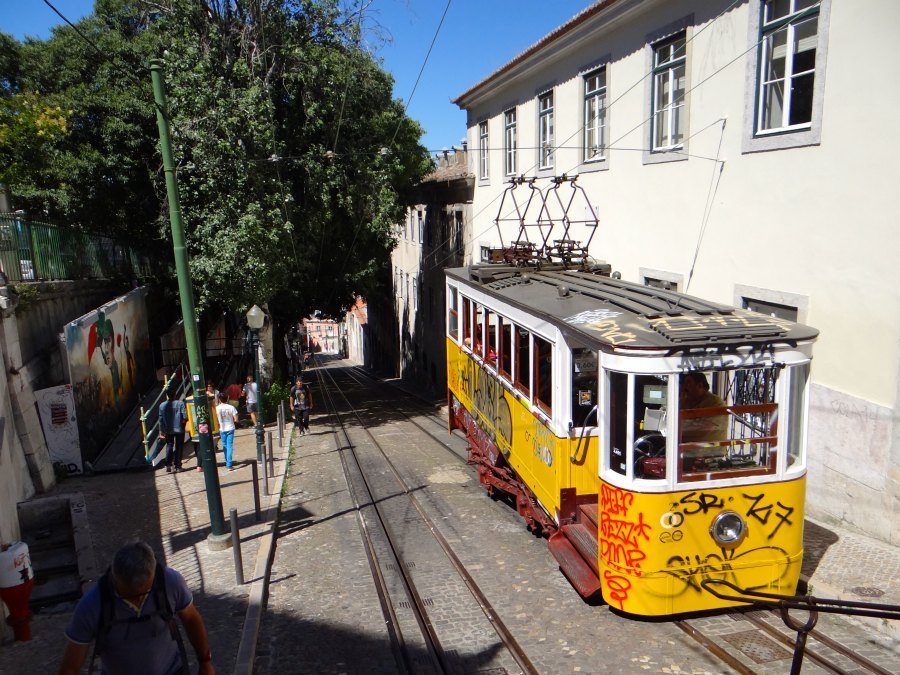 Even in Lisbon’s most picturesque spots, like the split-level viewing point at the The miradouro de São Pedro de Alcântara, there are gritty secrets to uncover. After taking in the view and photographing the park for nearly an hour, it wasn’t until we headed back toward the street that I spotted this lavender graffiti on one of the green wooden benches. In a way, it blended in so well that I didn’t even think of it as graffiti, but rather, just another interpretation of Lisbon’s art scene. If nothing else, it’s proof that grit and glamour can co-exist in the same space. 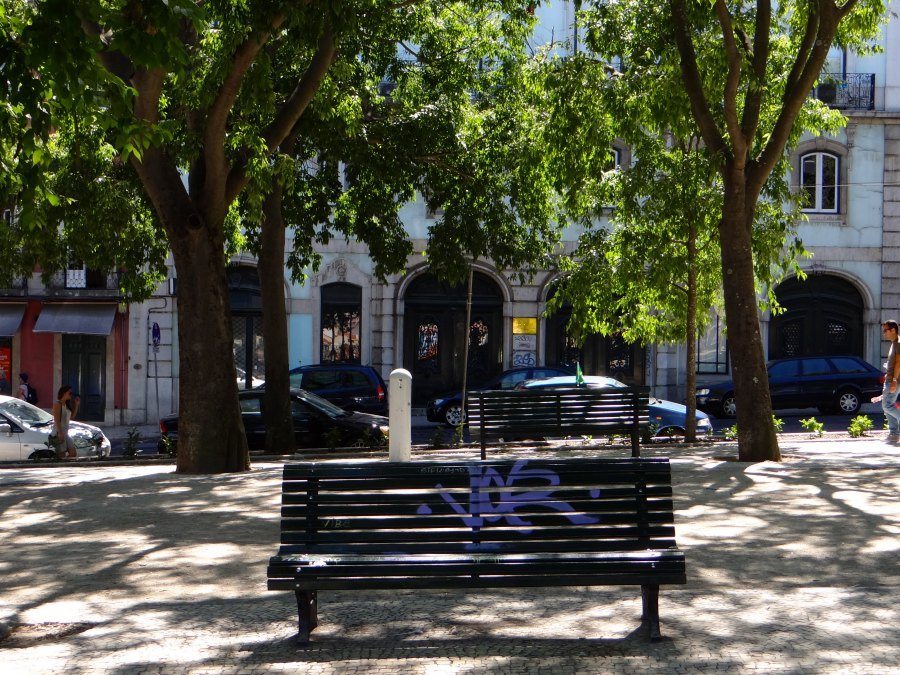 What city is both gritty and glamorous to you? Tell me in the comments below!

My airfare and accommodations were on behalf of Visit Portugal. All opinions are my own.

Even so, it's sometimes hard to know why we fear s

"In a world where masculinity is respected and fem

One lesson I've learned this past year is that not

I've always struggled to let go. I still do. But I

This learning has broken my heart a little, becaus

"Your greatest responsibility is to love yourself