Enjoying the Holidays Around the World 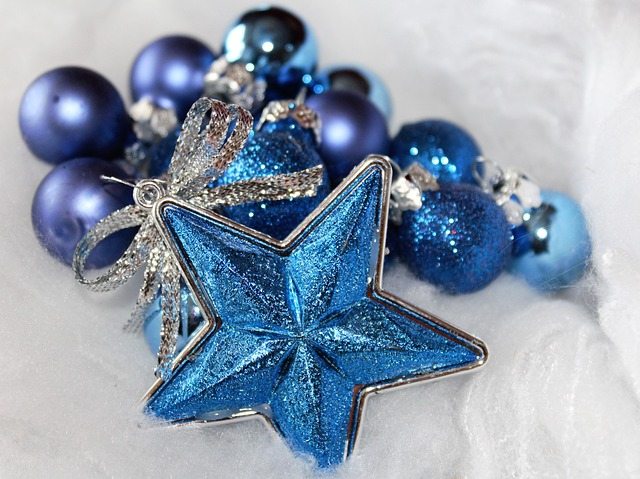 The holidays never fail to lift my spirits. There’s something so beautiful about Christmas lights reflecting off snow-covered streets and sipping warm, hot-chocolate as I gaze outside my apartment window. I’m not as crazy about all the commercial hoopla pushed down our throat but I understand that like every industry, the holidays is a business and I just need to accept it for what it is. That being said, many of my pre-Christmas and New Year days have been spent in other countries – well in the last few years at least. Here’s a look at some of my favorite winter destinations.

For nearly four years, New York City has been my home but I generally spend the holidays with my family in the Washington, DC area. That’s doesn’t mean I don’t take advantage the city in the days leading up to Christmas. My favorite winter pastime is strolling along 5th Avenue, hot chocolate in hand and fully bundled up in my scarf and hat. Most of my daily life in the city takes place downtown so every now and again, I like venturing to the Upper East Side.

From Central Park and colorful window displays and seasonal ice-skating rink, there is no lack of holiday spirit in the otherwise hectic streets. When it comes to shopping, the Christmas markets in Union Square and Bryant Park are my favorite and both are so centrally located that it’s a great starting point to your day.

Technically this was taken in the summer but I couldn’t leave a picture of good old St. Nick out of a holiday round-up. During my blogger trip with Visit Finland, our group flew from Helsinki to Rovaniemi, Lapland to spend a few days in Santa Claus Village. There might now have been any snow on the ground in June but that did little to stop my excitement.

Located literally steps from the Arctic Circle line, kids and kids at heart, aka myself, can go through Santa’s workshop and meet the famous man himself. The Santa we found that day in Lapland was the real deal. Our group represented Spain, Italy, Japan, China, Germany and the United States and he knew every language fluently. Since I’m struggling to learn Spanish, I was rather jealous of his crazy good language skills.

Back when I worked full-time for a record label, one of the biggest perks was having an entire month off during the holidays. So my first winter in New York City was partially spend in Europe, as I decided to book a last minute flight to Europe to experience the pre-Christmas decorations in both London, Paris and Luxembourg.

Pais was absolutely magical; from the quirky house decorations I found to the romantic lights guiding my path through the Champs-Élysées, I was in holiday heaven. As beautiful as my surroundings were, it was here in Paris when I began questioning my decision to travel solo. Everything looked so romantic and I had nobody to share these moments with except my trusty journal. 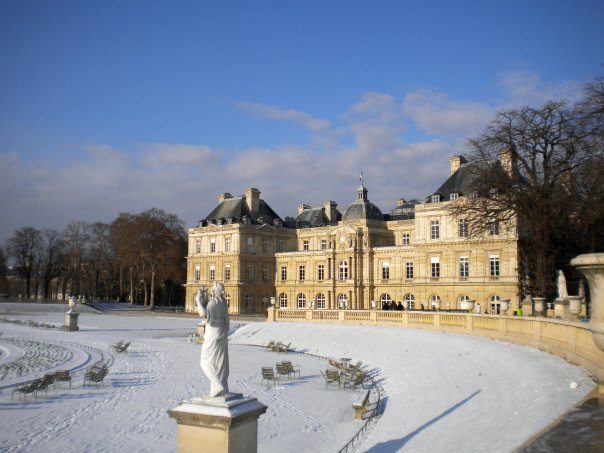 My next stop on my Europe winter 2009 trip was Luxembourg. Using my rusty grasp on French, a language I used to be fairly confident speaking, I managed to buy a round trip train ticket to Luxembourg. I planned on spending just a day there and as it turned out, that was all I needed. Unknowingly, I had chosen the one day each week when the museums were closed and due to a drizzly day, much of my time was spent eating in cafes and shopping at the local stores. It was so cold outside that I remember it taking a good twenty minutes at my first cafe for my fingers to unthaw.

As the hours ticked on, I found the locals extremely nice though and did enjoy walking around to see the snow-covered statues and monuments once the rain/snow mix had subsided. I also some time shopping though the city’s annual Christmas markets. Luxembourg is a really small city and as crowded as this particular market was, it wasn’t overwhelming, which I fully appreciated. 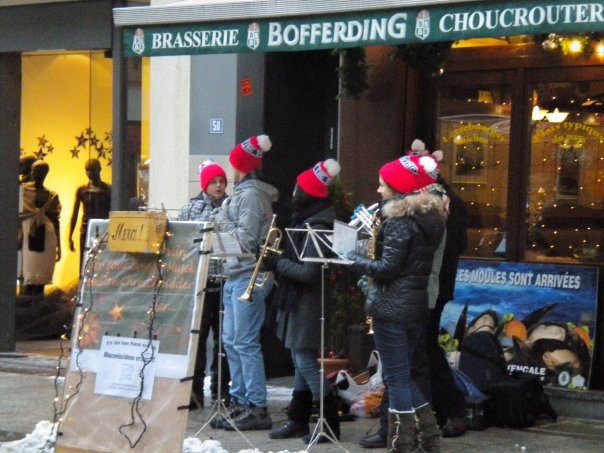 Once I made it back to London to catch my flight back to New York, I was back in my comfort zone. Having lived here for a semester during college made navigating the city a breeze. I stopped by all my favorite markets, bought a West End ticket to Billy Elliot, and visited all of my favorite spots. While Piccadilly Circus and the neighborhoods surrounding it have cheerful Christmas lights illuminated above the streets, it was the elaborate decorations of Harrods that blew me away.

That particular year they had a Wizard of Oz theme, which was portrayed in their window displays and with two giant ruby slippers outside the store. I’ve never really associated The Wizard of Oz with Christmas but as I looked at the entire showcase, it made total sense. It took me awhile to leave Harrods but I eventually did. With my plane departing back to the states the next day, I spent my last night in lovely London sipping mulled wine along Columbia Road with local friends. 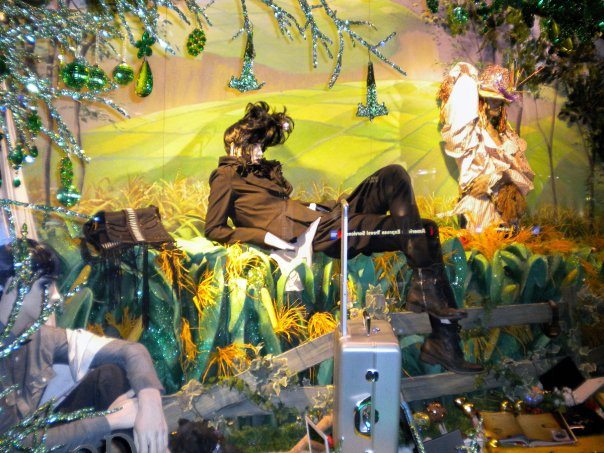