Eating My Way Through Bologna and Beyond 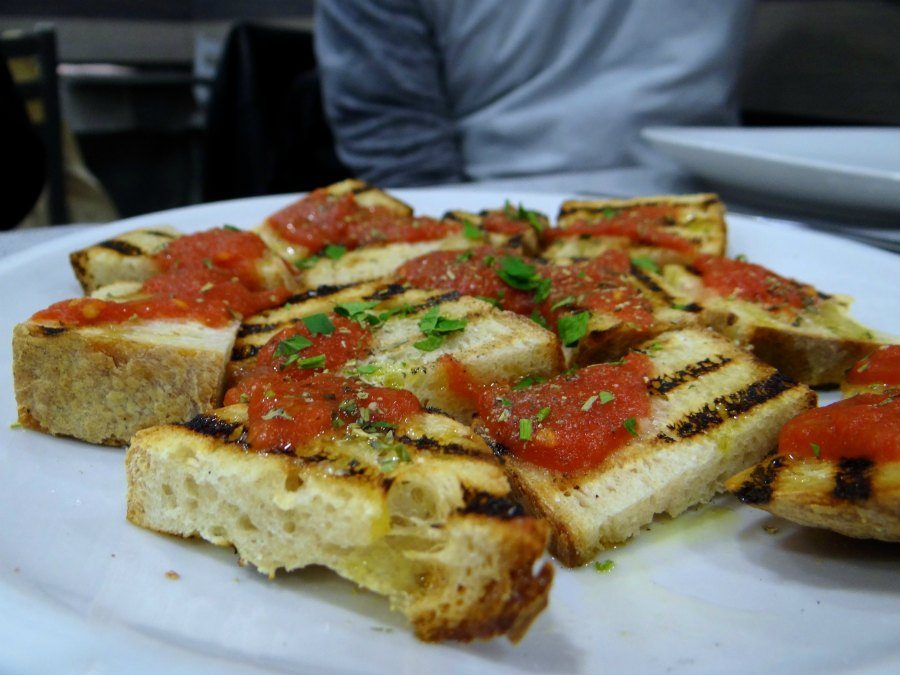 How do I even begin to explain Bologna’s vibrant food scene? Seriously, I actually went clothing shopping pre-trip and bought an extra pair of jeans (in the next size up) and comfy stretchy pants because I knew I’d eat everything in sight upon arriving in Italy. In case you’re wondering if I succeeded in that goal, I most certainly did. However, I never felt bloated or lethargic after my meals and that’s probably because all the pastas, pizzas and breads I ate were handmade using local, organic ingredients. What’s even better? I actually cooked a few myself!

To be perfectly honest, I could eat pasta everyday and when I learned that most Italian’s do, I wondered how this is even possible. After speaking with my guide, Paola, she explained that besides the fresh-aspect and opting for olive oil instead of butter, pasta should be served in a single “bundle,” which is a handful of noodles. This is good to know, as I have a bad habit of pouring an entire box of dried pasta into my pan at home.

During our pasta-making class with the lovely ladies of Il Salotto Di Penelope, we prepared Tagliatelle, Tortelloni and Gnocci plus three sauces to go with each plate. I was blown away by how much effort goes into making each type of pasta but moreso, by the passion both women have for the art of pasta-making. You really do need to put your heart into it I guess and that effort pays off tenfold come serving time. 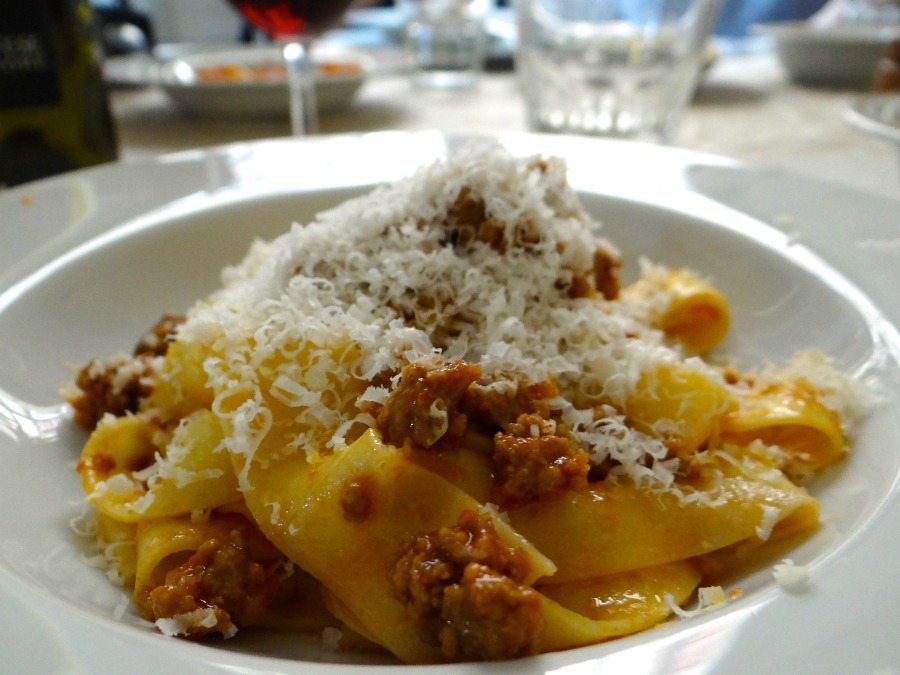 As much as I love pasta, I find bread just as irresistible. In fact, I really have no self control when it comes to Italian food, hence the stretchy pants mentioned above. Similar to how things are done in the United States, we ordered this plate of bread before our main dishes. Unlike the states, however, this bread isn’t intended to simply tide us over until our pizza arrives. Instead, the combination of olive oil, marinara sauce and sprinkled herbs on top of the toasted bread was flavorful and light. If you’re searching for this item on the menu, look for anything that says, bruschetta fatta con pane tostato, pomodoro fresco, olio e basilico.

I tried a lot of different types of breads throughout the week and this was definitely one of my favorites. Since we were touring through northern Italy, certain breads like Lombardia, Veneto and Piemonte, are more common. The same is true of central Italy and south Italy so if you want to try them all, you better plan a cross-country train trip.

A trip to Italy is not be complete without at least one slice of pizza and why stop there? We had a feast in Moderna and ordered up a few different pies. I kept things simple with the Margarita pie but also bit into everyone else’s food as well. I really liked how thin the bread is and that the tomato sauce is spread rather thin. That way, no flavor overpowered the others but rather, each ingredient complimented the next.

Since we were in the Emilia-Romagna region, several ingredients repeatedly popped up and this is not just true of pizza but pasta as well: ham (prosciutto), sausage (cotechino), tomatoes (Bolognese sauce or ragù), lots and lots of salami, truffles, grana and Parmigiano-Reggiano. Come to think of it, I’m pretty sure we are prosciutto at nearly every meal. I’m not complaining though! I mean, just look at that beautiful pizza. 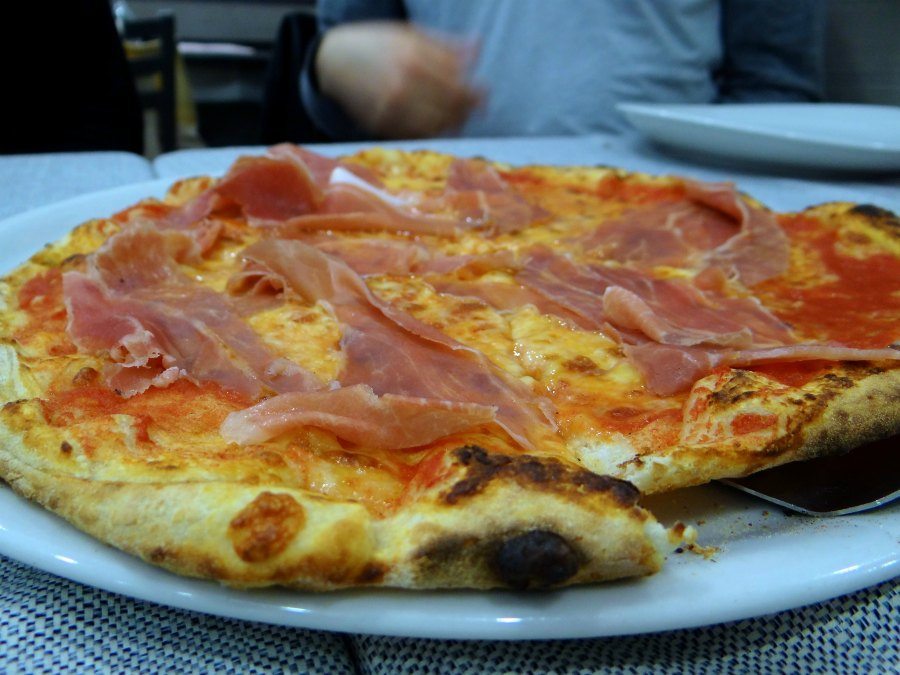 I couldn’t resist taking a photo of this cleverly decorated plate. Not only is it a creation of Michelin-starred Chef Stefano Bartolini of La Buca in Cesenatico, but it showcases how important presentation is for Italians. The country is nearly fully surrounded by water, so it makes sense that chefs often take advantage of the sea. What made La Buca’s menu really stand out was the pairing of flavors.

Based on everything else I consumed in the days prior, I found many of his recipes daring and unlike anything I’d think to serve together. Then again, there’s a reason why he’s a chef and I’m merely a consumer. Purees, whether made from vegetables or fruit (see gelato a bit further down) were used in several dishes. In general though, in Romagna and along the Adriatic coast, cuisine can be very seafood-heavy…think along the lines of clams with balsamic vinegar. Yum! 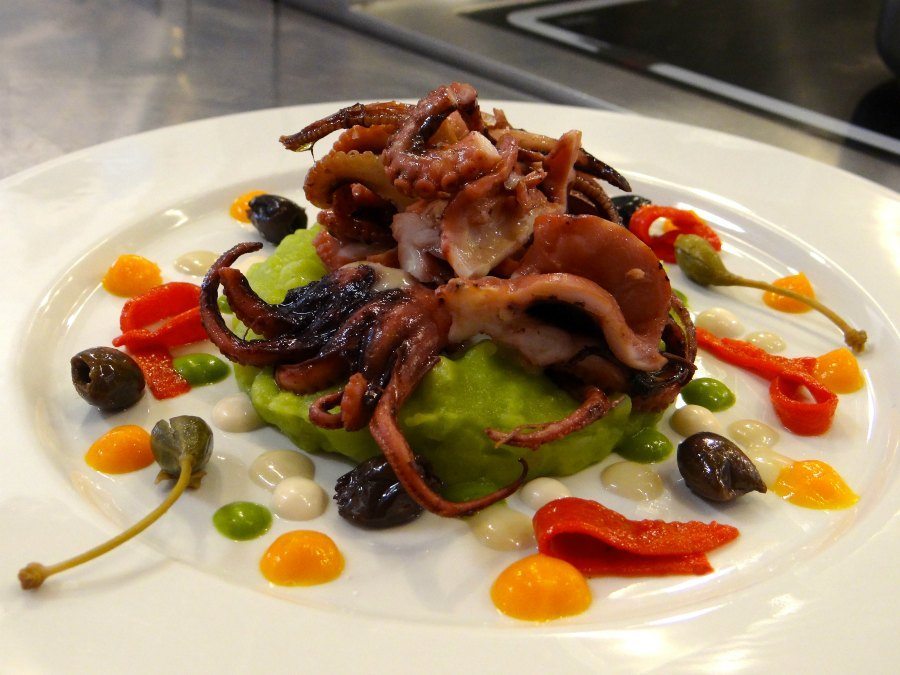 When we arrived to the Carpigiani Gelato Museum for their official Ice Cream preparation Masterclass, I had no idea what to expect. I know that I’d be hopefully sampling every flavor, which I did, but I didn’t realize our class would be so amusing. First off, gelato translates to “frozen” in Italian. Once I sorted that out, I had “Let it Go” stuck in my head for hours.

The simplest recipe for gelato requires an egg custard, light cream or milk and puree made from fresh fruits. The reason it tastes different (better in my opinion) than ice-cream comes down to fat, air and serving temperature. It makes perfect sense too. The colder the temperature, the more solid it is while slightly warmer temperatures yield softer scoops and a looser texture. The other things that got me were the creative flavors. Pistachio (pictured top right) was the clear winner in my book.

If you are planning to travel to Italy after the end of 2022, you will need to apply for an ETIAS application in advance. ETIAS is an electronic travel authorization similar in purpose to ESTA in the United States. 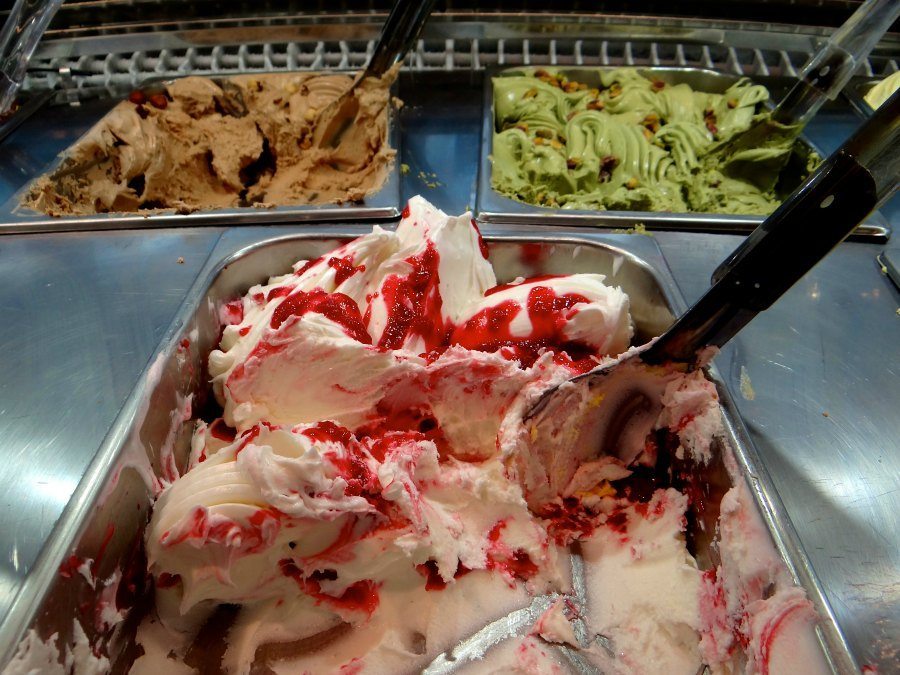 What’s your favorite foodie city? Tell me in the comments below!