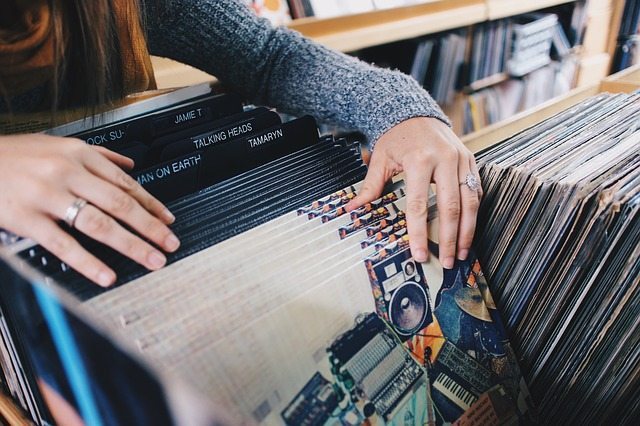 This post is by Gilad Goren, one of our contributors.

Very few names have come to be as synonymous with New York City as The Beastie Boys, that always-pioneering, never-tiring, always-fresh trio of rappers from the Big Apple. 32 years together as a group, 8 studio albums released, and millions of records sold; such figures cast a large, asphyxiating shadow over other rhymers trying to claim grandeur.

Their evolution as a musical outfit, from those first days reveling in the Hardcore-punk world of the Lower East Side, to their first experiments in Hip Hop with legendary producer Rick Rubin, and onto the stream of constant sonic redefinition, can be seen as the life-line in New York City’s own palms. They lived in the boroughs, ran every train on both the IRT and the BMT, and played all those venues that Mayor Giuliani tried to close down. As I walk into the Greenwich Village café to write this very piece, Pass the Mic, the third track off their sophomore release Paul’s Boutique, is blaring out of its tinny speakers.

With Beastie Boys hype at resurgent, Following the release of Hot Sauce Committee Pt. II earlier this month, and the thirty minute Fight For Your Right (Revisited) clip featuring every funny-person in the tri-state area gone viral, I figured it is about time to throw my verbal hat in the ring. The following is my tribute to, paraphrasing Rolling Stone Magazine, the three idiots who make masterpieces.

Scouring the discography and some of the more fanatic fan-sites dedicated to the Beasties, I have compiled a Beasties’-filtered city guide to the Borough of Manhattan. The following is a selection of sites, brands, and figures that had made it to the Beastie Boys’ lyrical hall of fame, immortalized in shout outs, references, drops, and various other tools in the MC’s rapping tool-chest. So whether you’re out in Money-Makin’ (Manhattan), the Boogie Down (The Bronx), or Kings County (Brooklyn), keep in mind that Ad-Rock, MCA and Mike D have probably been there, soiled that and rhymed about it in some song in your ipod.

1)    59 Chrystie St.: Former residence and practice studio for the Beasties, the loft reportedly nestled between sweat-shops had become immortalized as the name of a section in track 15 off Paul’s Boutique. Currently better known due to its proximity to a china-town bus station, 59 Chrystie holds offices and a few ballet/Capoeira studios. Not too much to see here, but it is still dirty, and you can definitely find some hygienically-questionable Chinese food to make the visit complete.

2)    The Bowery: Historically dilapidated and conventionally immoral, the stretch of concrete known as the bowery had always been home to culturally alternative forces- whether in the form of music halls, two penny theatres, squats or cheap watering holes. The Beasties roamed large throughout the Bowery, as well as the Lower East Side and East Village districts it borders. The now-closed CBGB’s at 315 Bowery, where some of the group’s earliest recorded performances took place, exemplified the Bowery at its best and grimiest. As with the rest of Manhattan Island, the Bowery went from ‘Skid Row’ to nouveau-clean. So to remedy the situation, I recommend you try going to the New Museum with a flask of Brass Monkey, climb up to the top floor for a panoramic view of the street, and take a swig while reminiscing about the days you never actually experienced, and yelling out lyrics to Johnny Ryall.

3)    El Barrio: Also known as Spanish Harlem, El Barrio represents East Harlem, a neighborhood stretching between the Harlem River, 5th avenue, 96th street and the East River. Forever linked with The Latin Kings, Carlito’s Way and Tito Puente, El Barrio gets its shout out in B-Boy Bouillabaisse, the final track in Paul’s Boutique. If you make it out there, don’t miss out on the Graffiti Hall of Fame located at 106 and Park, the multi-walled ‘canvas’ made available for the city’s most talented street painters since 1980.

4)    Doug E. Fresh: Legendary MC and Beat-boxer, credited with La-di-da-di (with Slick Rick) and The Show, a couple of the greatest tracks from the early years of Hip Hop. Also credited with the dance moves that would spawn the 2010 single Teach me how to Dougie by Cali Swag District.  Jump on the “back of the 1 train” (Stop That Train) to 132nd and Adam Clayton Powell Boulevard for some soulful chicken and waffles at Doug E. Fresh’s new restaurant. For a true Beasties’ culinary experience, seek out ‘Fine Food establishments’ such as White Castle, Krispey Kremes, and Blimpie, all found within the city limits and glorified in their lyrics.

5)    Modells: A family-owned sporting goods chain that traces its roots back to Cortlandt street in Lower Manhattan. Fat Sneakers, Fila shirts, and Adidas track suits all had their day in the sun within its shelves and display cases, causing MCA to shout out: “Fresh dressed, cus I shop at Modells”. I you wish, they probably still sell gold rope chains a few streets away, on Canal.

6)    Shea Stadium: Only a true New Yorker would reference The Mets, Because- well frankly, no one else really notices them. But the ‘Amazings’ got love on The Sounds of Science, racking up the same street credit their like-colored sister team, the New York Knicks, receive on B-Boys Makin’ With the Freak Freak, from the album Ill Communication.

7)    Bleecker bob’s: The timeless record store on 3rd and Avenue of the Americas gets a drop on the Beastie’s ode to the Big Apple, aptly named Open Letter to New York. Take the A-C-E or B-D to West 4th street, and pass by the famed basketball court known to all as The Cage, towards Washington Square Park. It will be a struggle maneuvering through NYU students, tourists, and souvenir stalls, but you’ll find this relic of pre-gentrified Greenwich Village right before the corner pizza shop. Once inside, it’ll be much easier to grasp at the fact that this area is where Bob Dylan played his first show in New York City. 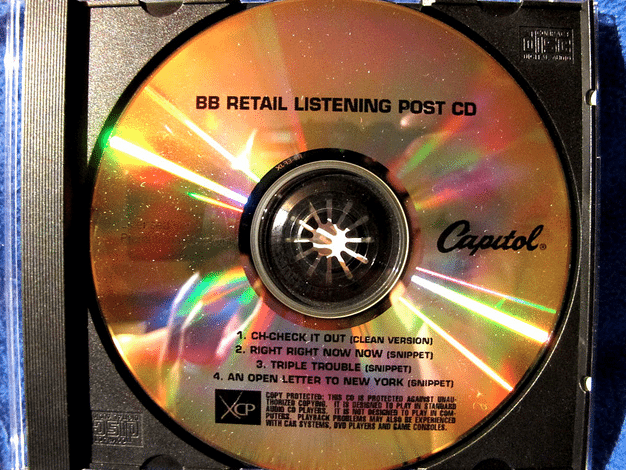