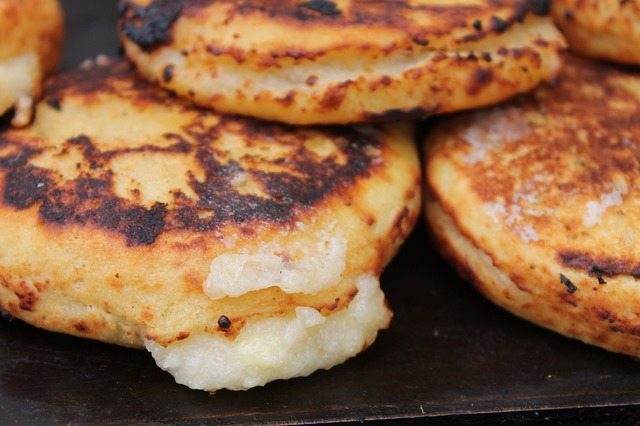 It’s nearly impossible to visit Colombia without eating more than you’d like to admit. Here is a local guide to Colombian food for the avant-garde traveler.

Going back to my previous post about the most notorious restaurant in Colombia, Andres Carne de Res does not disappoint. They are especially known for their selection of meat dishes but there are a number of vegetarian options. The original restaurant is located in Chia but there is a second location in Bogota. Eating here is more of an experience than anything else. Plan at least a few hours and come hungry. 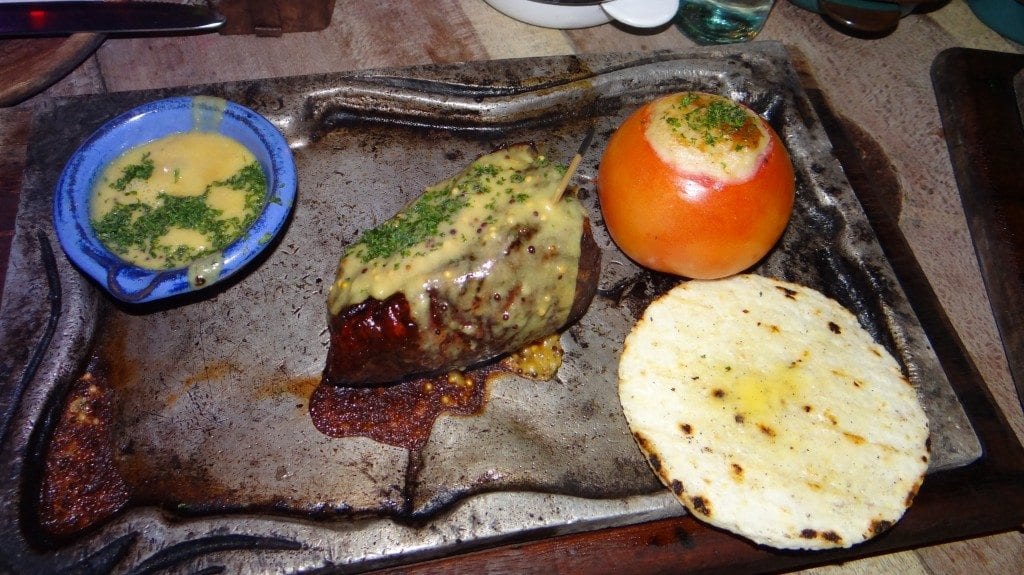 In the countryside outside of La Calera, I was able to experience a traditional Colombian breakfast dish called Calentao, consisting of scrambled eggs, beans, potatoes and vegetables. We also tried a few corn tortillas called arepas, alternating between sweet and sour flavors. My favorite part about eating at this small and very local restaurant was getting to watch the cooking process. 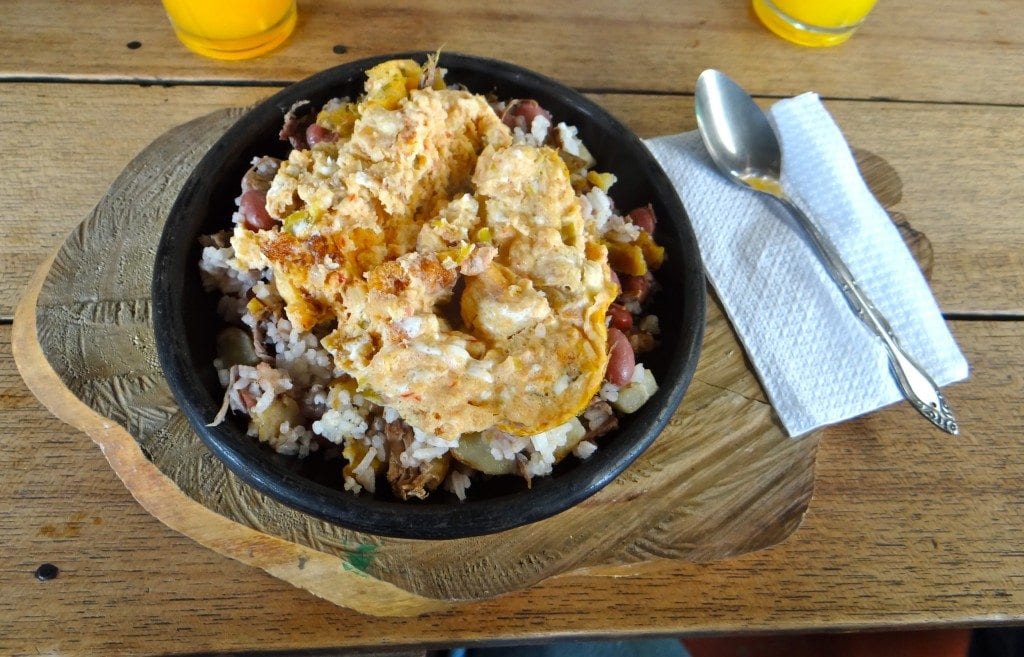 Wherever I go, street food is generally on my mind. While you can find vendors just about anywhere, this photograph was taken in a neighboring town called Guatavita, one of several aboriginal towns in Colombia. Common foods are sausage, potatoes and corn. All are heavily salted or buttered but despite the added elements of unhealthiness, these foods are a good representation of Colombian local cuisine. 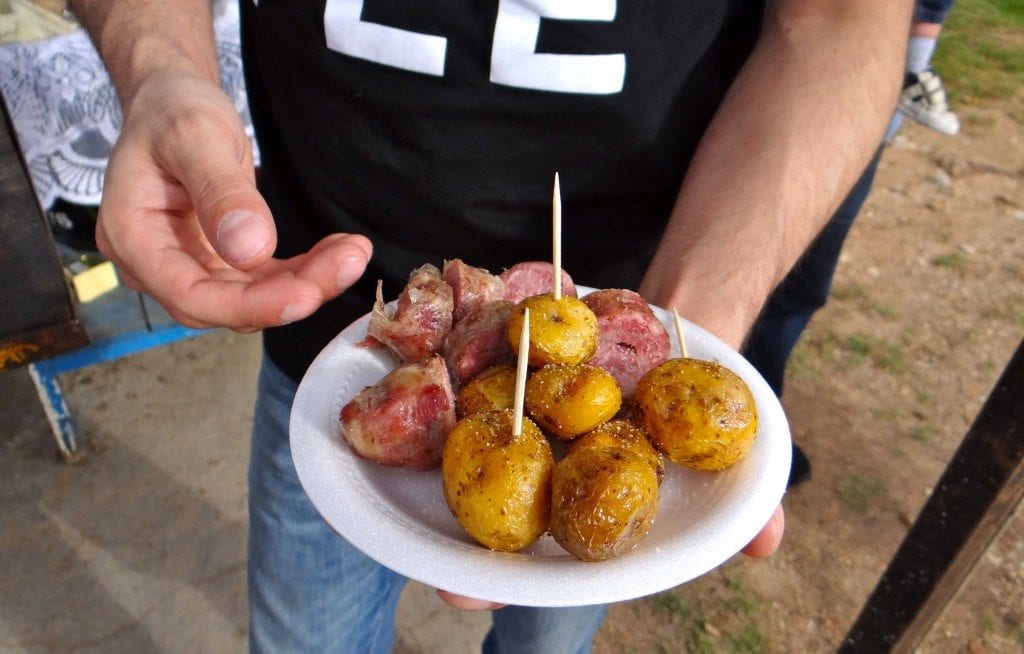 Anyone who has read my previous posts on South America are well aware of my newfound love of empanadas. While the small town of Concepción (part of Tucumán, Argentina) is my top pick for empanadas, I thoroughly enjoyed the ones I tasted in Bogota. The consistency is different, but that’s true with any country in Latin America. There are a number of restaurants in the Santa Barbara part of town in the north of Bogota, which is where this particular picture was taken. 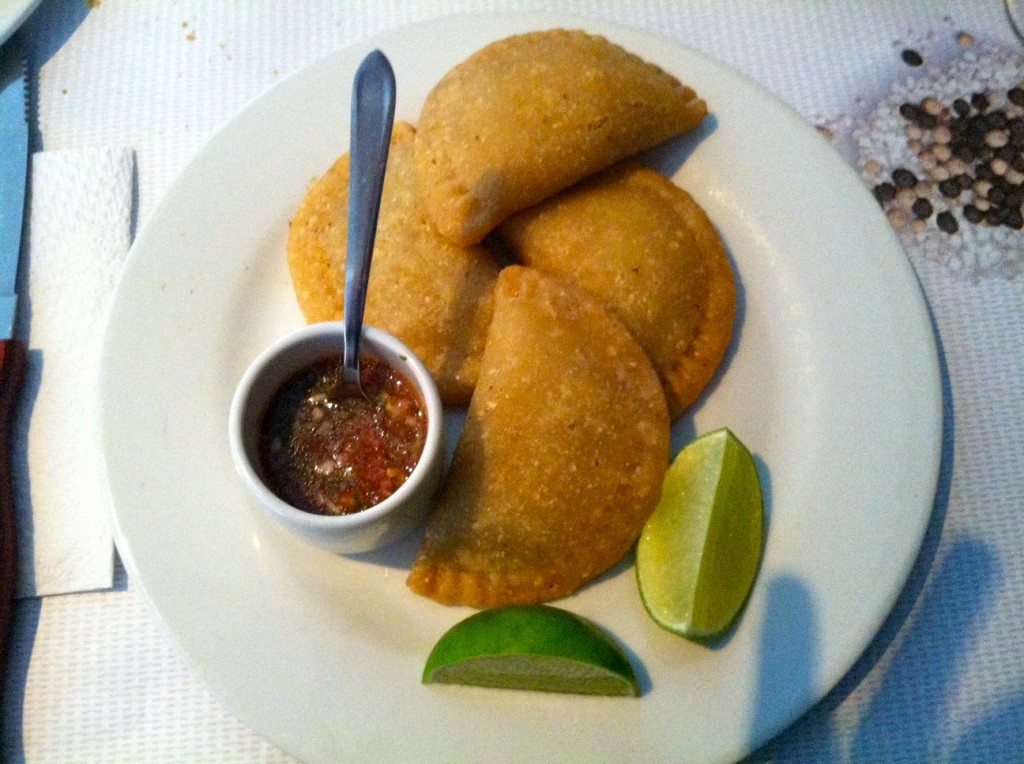 Colombia is known for its coffee but things aren’t always what they seem. Since the majority of the good coffee produced in the country is exported, it’s more likely that you be let down by the quality served at most local joints. However, if you go to a coffee house, you will still get to sample the good stuff. This cappuccino I ordered at Café Color Café on Calle del Embudo had sprinkles, which is hands down the most exciting cup of Joe I’ve tasted. 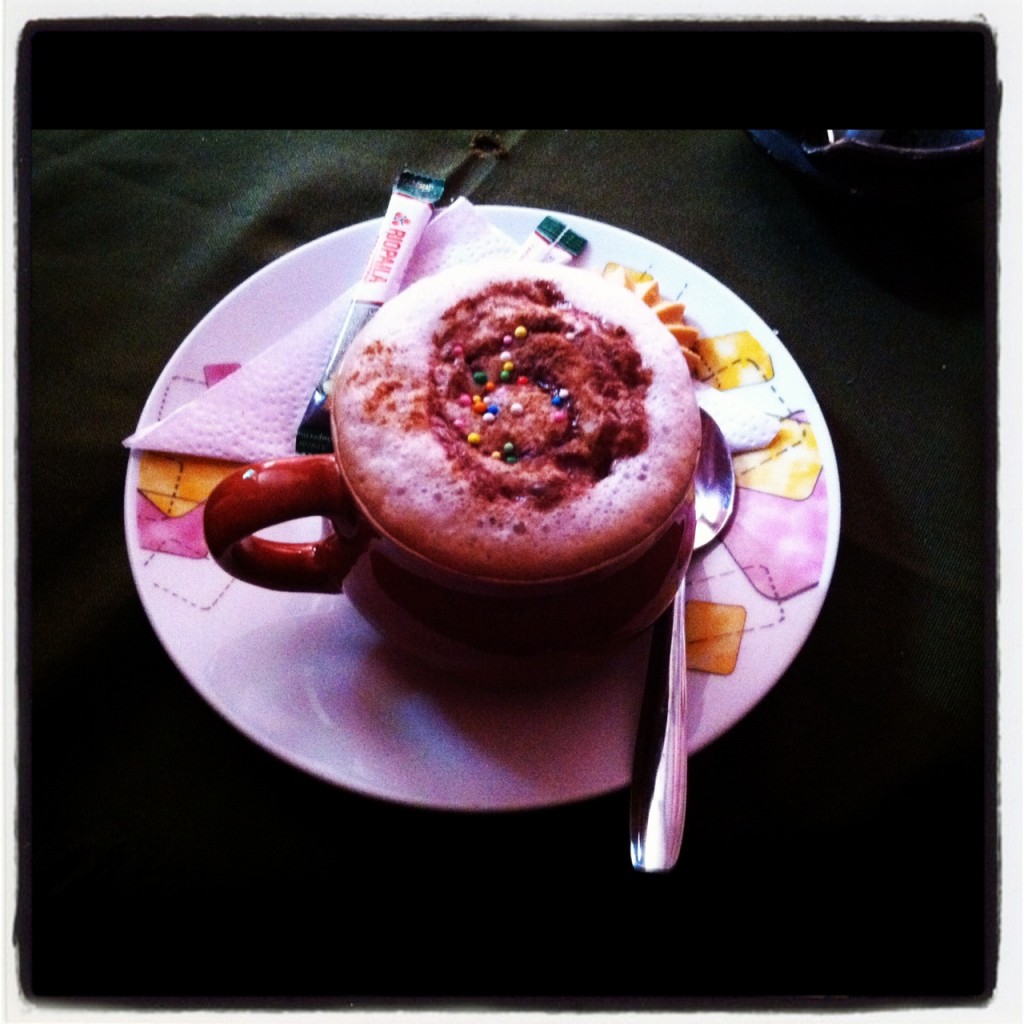 It’s often the most least expected local restaurants that end up leaving the biggest impression. When I stumbled into this small pub also located in La plazoleta del Chorro de Quevedo in La Candelaria I wasn’t anticipating a memorable meal. However, this cheese, mushroom and chicken crepe was one of my absolute favorite dishes in Bogota. Accompanying my crepe was Colombia’s local beer, Club Colombia (I prefer the blonde brew). 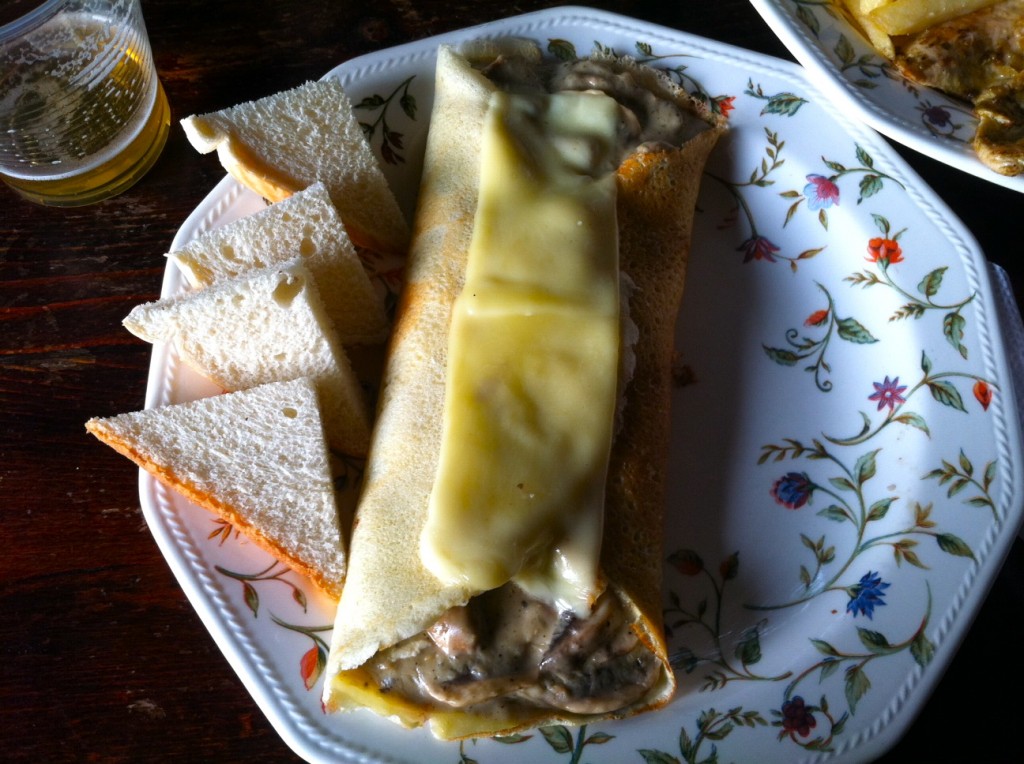 Crepes & Waffels is not just for the French. This popular Colombian chain was recommended by every local that I met so I knew I had to see what all the hype was about. The menu is pretty extensive, meaning that there is something for everyone. I chose a chicken crepe and our group split two different desserts. Both were delicious and had a creative presentation. Despite being a chain restaurant, the quality is great and the prices affordable. 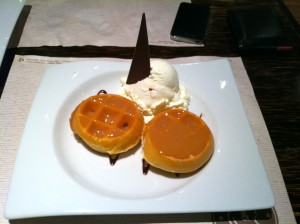 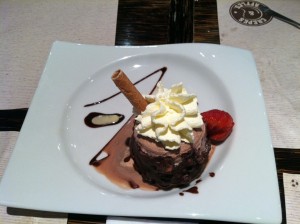