Cambodia Off the Beaten Path 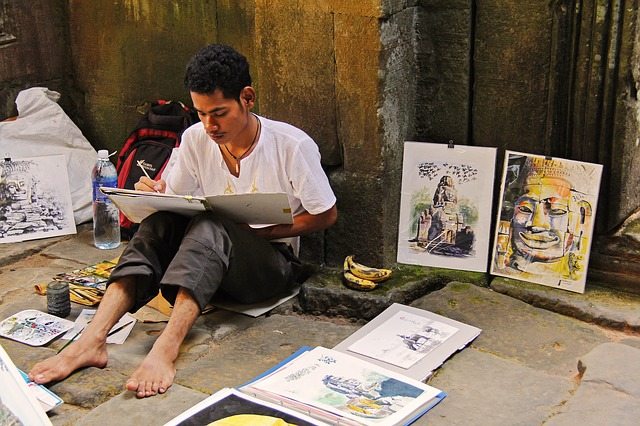 This post is by Karina Schroeder, one of our contributors.

Like all countries, Cambodia is diverse and rich in culture. Newly opened to the tourism scene (within the past 20 years), it is fast becoming one of the most popular travel destinations in Southeast Asia with so many wonderful places to see in Cambodia.

The ancient temples of Angkor Wat, the major cities of Phnom Penh and Siem Reap, and Cambodia’s gorgeous beaches are all must-see places when planning a vacation there, but other places continue to be overlooked by the average traveler.

Here are my top three picks of Cambodia’s off-the-beaten path destinations, where exploring the country is so much more enriching:

There are hundreds of temples in the Angkor Wat temple complex just outside Siem Reap. They are all magnificently beautiful and each of them is worth exploring. But unfortunately, as with so many popular world monument sites, they are also crowded with tourists.  As Cambodia becomes more developed and open to tourism, the crowds flocking to these monuments are only going to increase over time, making Angkor Wat a beautiful yet tiresome adventure.

If you stay within the main complex, however, you will be missing one important temple

that will take you away from all the crowds and allow you to explore in peace. Beng Mealea, otherwise known as the Jungle Temple, is at an isolated location about an hour’s drive outside Siem Reap. A Hindu temple built around the end of the 12th century, this location is largely un-restored and left alone amidst the enclosing jungle. It is in fact one of the larger temples of the Khmer empire.

Beng Mealea, due to its location and condition, attracts very few people. I believe there were two or three other tourists when I visited. With such low traffic, that means you are also free to roam the complex with little to no disturbance from temple guards. The massive stones lying in ruins, the trees and brush climbing up the thick walls, and the intricate Hindu carvings are yours to see and appreciate in peace.

It takes an afternoon trip, but if you have the time and are looking for some solitude in your temple-viewing excursions, then Beng Mealea is the only place to go. 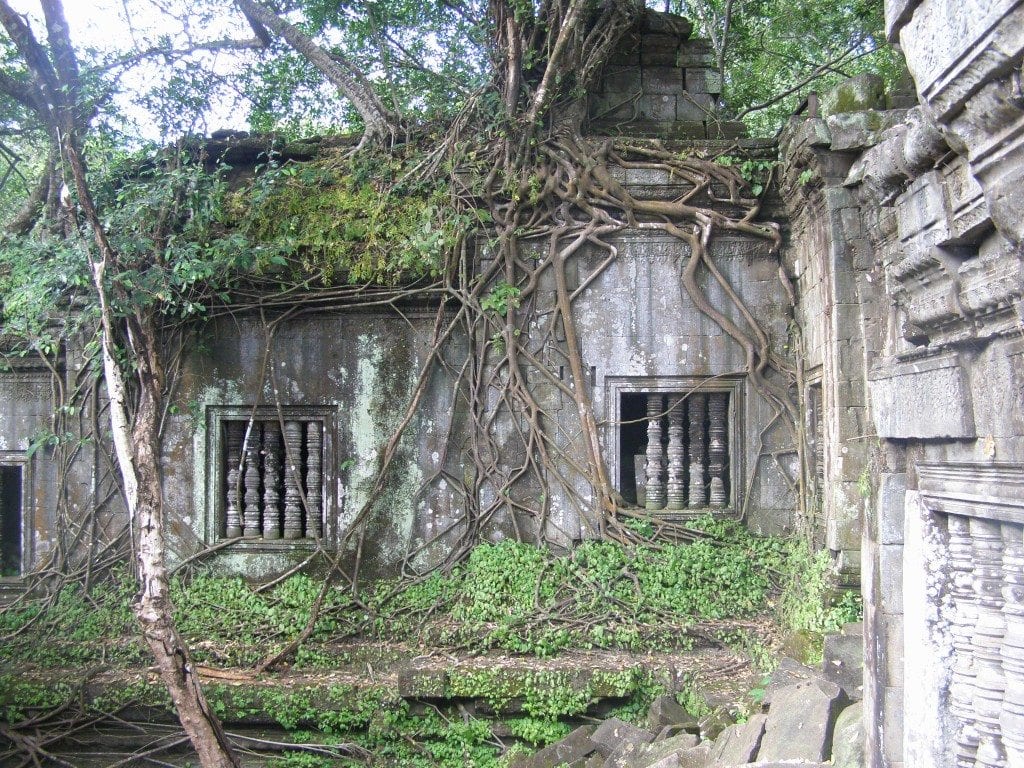 Kep is a small seaside town on the southern coast of Cambodia. A former retreat for French colonialists in the first half of the 20th century, the city’s hillsides were once covered in art deco mansions busy with rich and colorful parties.

When Cambodia gained its independence in 1952, these homes were abandoned by their French owners and turned over to members of the Cambodian elite, who continued with similarly lavish lifestyles. The homes were again abandoned, and largely ransacked, when the communist Khmer Rouge regime took over. The architectural beauties that had known so much life and wealth were left empty and decayed.

While some new development is occurring on these locations after nearly 35 years, many of them are still in the shell-like state the Khmer Rouge left them in after falling from power in 1979.

The houses make for beautiful scenery. Most tourists come to Kep and spend all their time on the water- the city is known for its beaches and crab market. But few venture up the nearby hills to explore the city’s past. Nearly a dozen or more houses dot the landscape, and while it might be a bit tiring to walk to them all, it is super easy to take a self-guided bike tour with $2-a-day bike rentals.

Abandoned except for the occasional squatter, you can not only see the homes but explore them as well. The blackened, empty shells sitting alone on the hillside are rather post-apocalyptic feeling, yet that also makes them ripe for your imagination. So rent a bike, go up the hills, and take in the unexplored and underappreciated architecture of Cambodia’s colonial past. 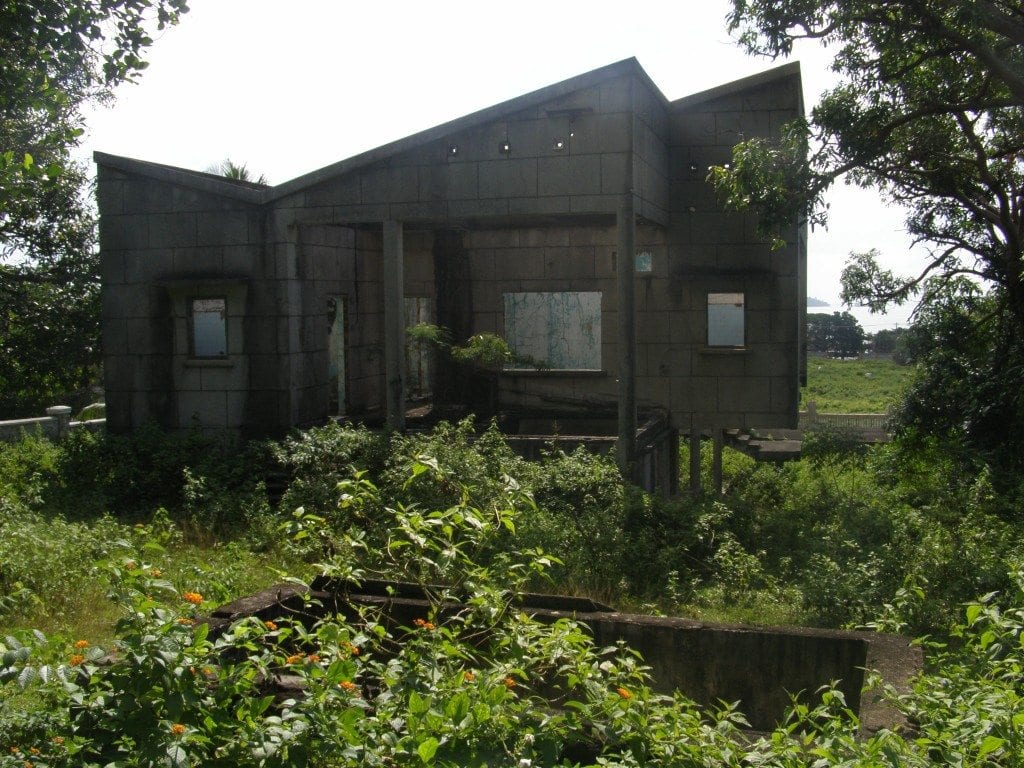 Bamboo Island, AKA Koh Russei, is located just off the southern coast of Cambodia in the Bay of Thailand, near Ream National Park. While this used to be the site of a small bungalow resort, that business has since been abandoned, leaving the island largely unpopulated and undisturbed. For some reason this island does not attract the same number of tourists as places like Rabbit Island- although it is just as accessible. You can either commission a personal guide to take you there or you can often arrange a boat ride from your hotel in nearby Sihanoukville.

Bamboo Island was by far one of the most calming and beautiful destinations I have experienced in my entire history of traveling. Smooth white sands, calm, clear blue waves, and stretching horizons may all sound cliché, but this place had them all. My party spent an entire afternoon here and we could have stayed much longer if we had the time.

Koh Russei made me feel like I was in the New World, a European explorer seeing uncharted land and discovering a new and exciting wilderness. Granted, the European settlement of the Americas was not that idyllic, but that first sight must have still felt that way. We were not the only ones on the island, but the number of other people was so few as to go unnoticed. You could spend hours just floating in the soothing waters and staring out into the endlessly stretching waves. It was on this island where you got a true taste of Cambodia’s majestic beauty and felt the pulses of its peaceful rhythm.

Away from Phnom Penh and Siem Reap, the country’s most popular destinations, is where you discover the inner peace by which the majority of Cambodians live their daily lives. That place is Bamboo Island- a must-see destination before development arrives again and you no longer have the place to yourself.

In fact all three of the destinations on my list can be classified as personal retreats from the typical Cambodian vacation. Perhaps these places will not be so idyllic much longer, but for now their beauty continues to be overlooked in favor of other, more overrun locations. If you’re looking to go off the beaten path and experience something few other Cambodian tourists do, then don’t forget to add these to your list too. 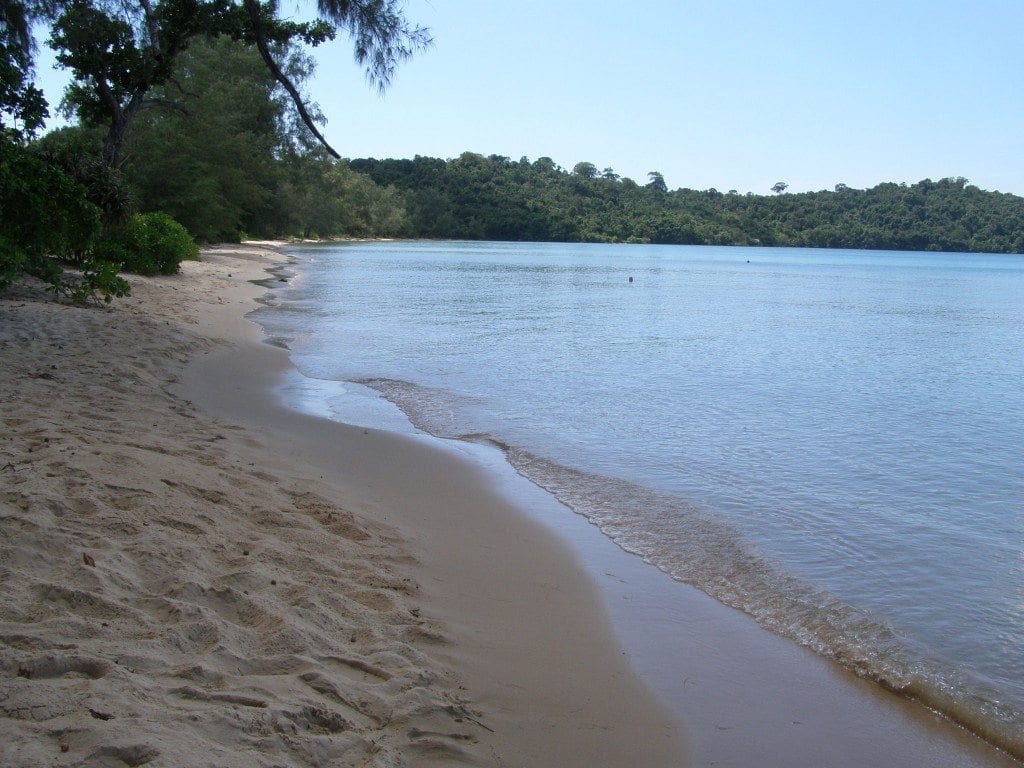 Article and photos by Karina Schroeder, one of our contributors. Check out her self-titled blog. 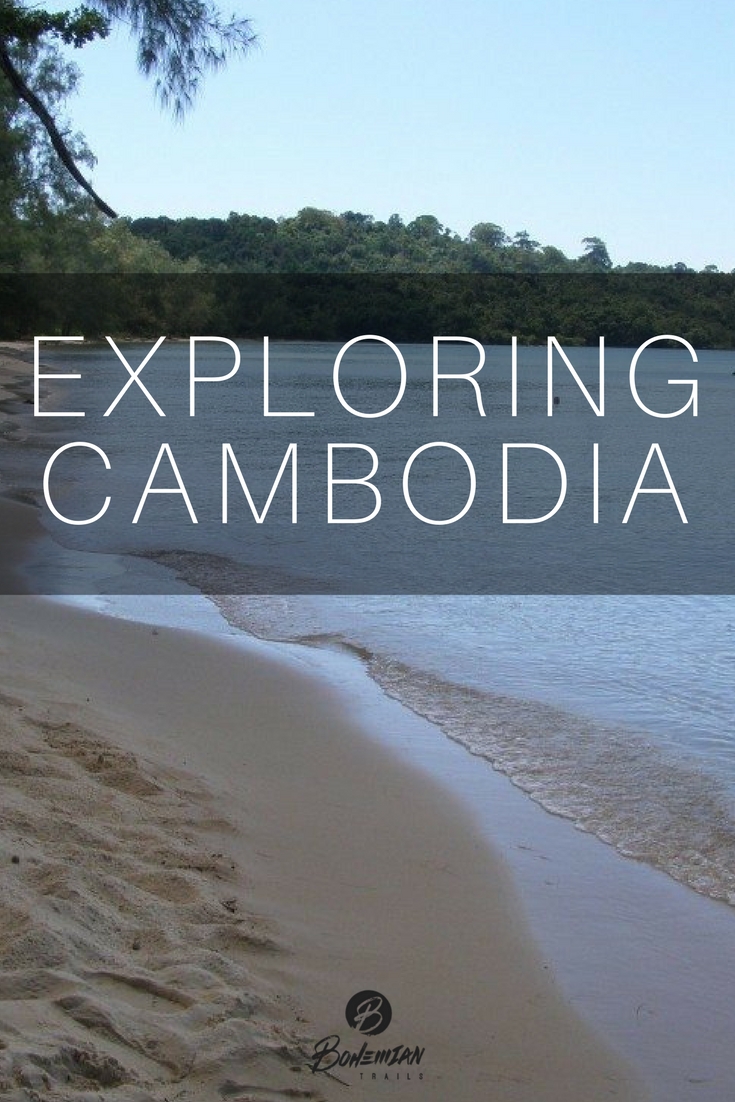