Busting the 5 Myths of Macau 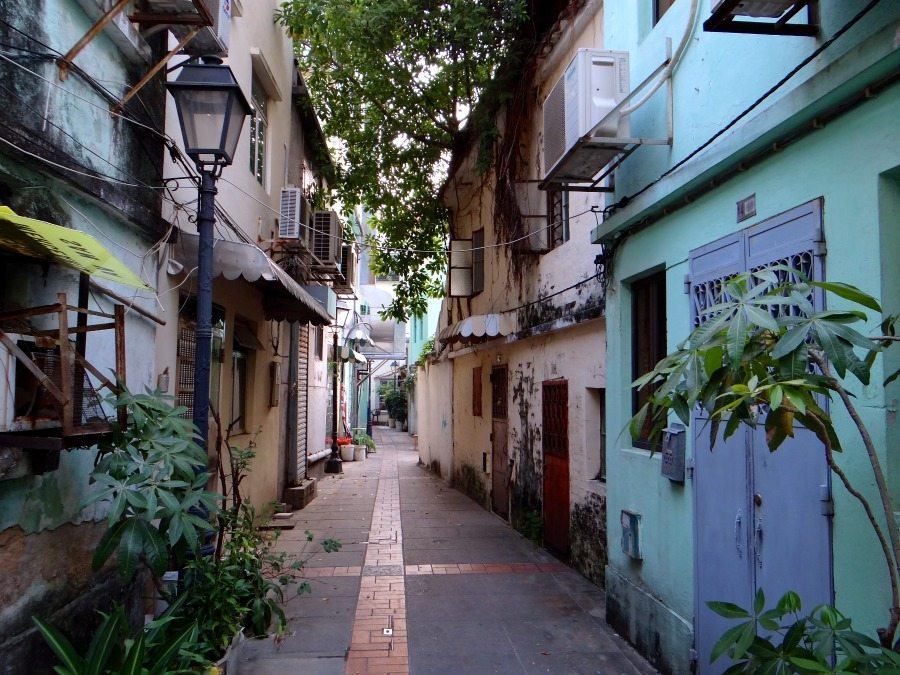 I decided to write a post about the myths and preconceptions that surround Macau because before visiting there last month, I believed most of them. Not only did I learn some pretty fascinating facts about Macau’s culture and history, but I left feeling rejuvenated, empowered and most of all, inspired. As a writer and creator, inspiration is like my morning cup of coffee. Without it, I feel sleepy and unmotivated and I’m very grateful that it was Macau that ultimately gave me a double shot of inspiration.

Just like you shouldn’t judge a book by its cover, you shouldn’t underestimate destinations based on what it’s known for. Macau might be better well-known for its casinos and high-end designer stores, but that’s just scratching the surface. The Macao I discovered was one full of color and interlaces with traditions, customs and a blend of old and new architectural influences. Here are 5 myths about Macau that I busted during my trip.

1) Macau is not JUST for gamblers

Sure, Macau is a popular destination for gamblers and yes, there are casinos in nearly every hotel. However, during my five day visit I spent about 5 minutes in one. My extent of gambling includes only the slot machines in Las Vegas so I found it interesting to see people making bets throughout the floor. I’m not sure I’ll ever be big into gambling but it was actually fun to watch people playing their chips in the center or on numbers. If you like casinos, then Macau will certainly give you your fix but there are tons of other alternative activities. For example, inside the Sheraton Macao, there is a DreamWorks-themed parade and breakfast (more on that later!), a slew of high-end designer boutiques and a spa that caters each treatment to the 5 Elements of Fung Shui…and that’s JUST within the hotel. Outside, the possibilities are endless. 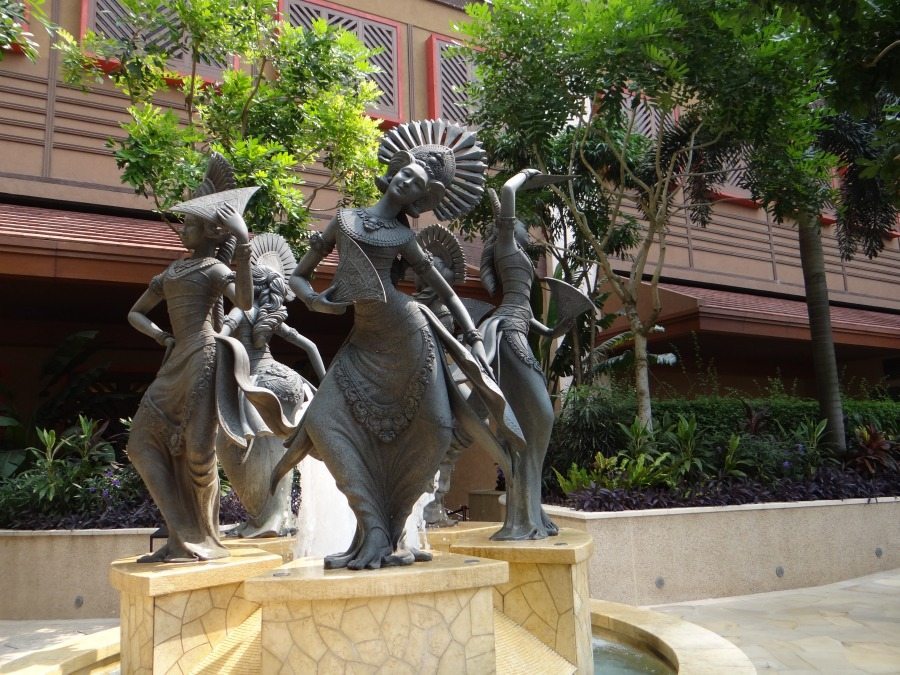 Again, this was another myth I took as fact before traveling to Macau. What I found is that Macau is not only family-friendly, it’s kid-centric! The Sheraton Macao hosts a daily parade of the DreamWorks crew—I’m talking Shrek, Puss in Boots, Alex and Julien from Madagascar and all of their friends. It reminded me a little of Disney World and that just brought back so many wonderful memories. I’m an advocate for acting like a kid when appropriate and it was so nice to let my inner child run wild. Then, we attended a DreamWorks-themed breakfast where we could interact with the characters of Shrek, Madagascar, How to Train Your Dragon, Mr. Peabody and Sherman and Kung Fu Panda. Plus, each corner of the room (minus Mr. Peabody and Sherman) serves food representative of the location where the movie takes place. 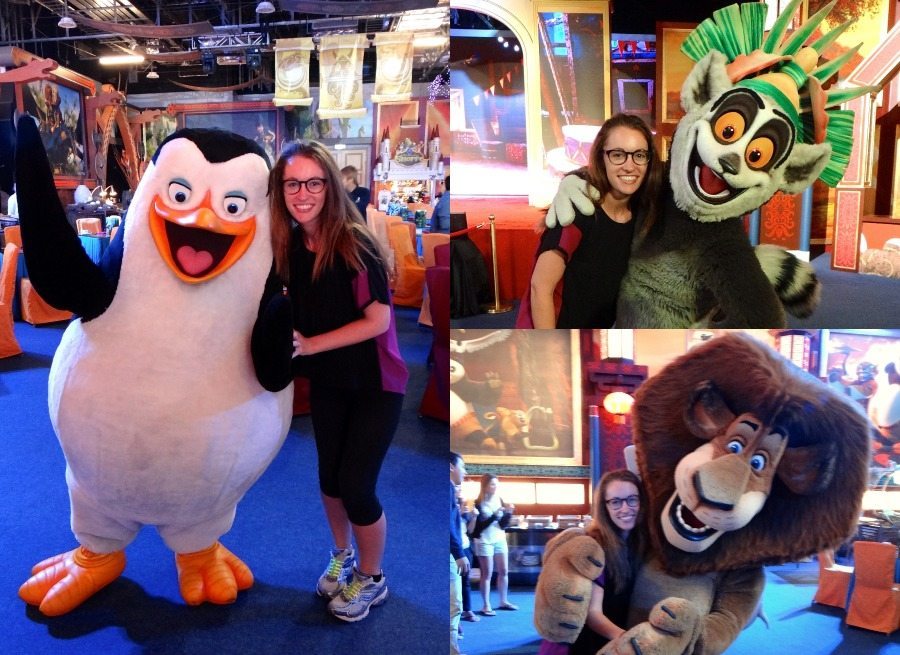 3) Culture is literally at your doorstep in Macau

Where do I even begin with this one? Macau used to be a Portuguese colony so there’s a lot of history to brush up on while there. To break things down simply, there’s an old part of town and a newer one. One of my favorite attractions was the Mandarin’s House, which is a short walk away from the A Ma Temple (another must-see). The Mandarin’s House is in the Historic Center of Macao and was built in 1869. In total, there are 60 rooms plus an outdoor courtyard and quiet garden. Also worth visiting are the Ruins of St. Paul, originally built in the 17th century and later destroyed by a fire in 1835. Only the facades of the church and St. Paul’s college remain but it’s still quite a sight to behold. I also recommend passing through Tai Pa Village, which is walkable from the Cotai Strip, although separated from Macau Peninsular by the Pearl River.

4) Macau will test your limits

Before landing in Macau I planned on spending the next few days relaxing by the pool, wandering through town and maybe even splurging on a new bag. With the exception of touring downtown Macau, I didn’t do any of these things. I was too busy visiting hidden villages and museums to think about laying around the pool. On our last day in town our group headed to the infamous Macau Tower where we participated in the Skywalk. Two members of our group opted for the bungee jump, which happens to be the highest bungee jump in the world. Props to them. The rest of us spent about 30 minutes walking the perimeter of the tower. We were harnessed but it was still scary to look down. I’m afraid of heights yet up there I felt so free. Our guide took lots of photos of us and my favorite part was getting to swing like Tarzan of the Jungle. 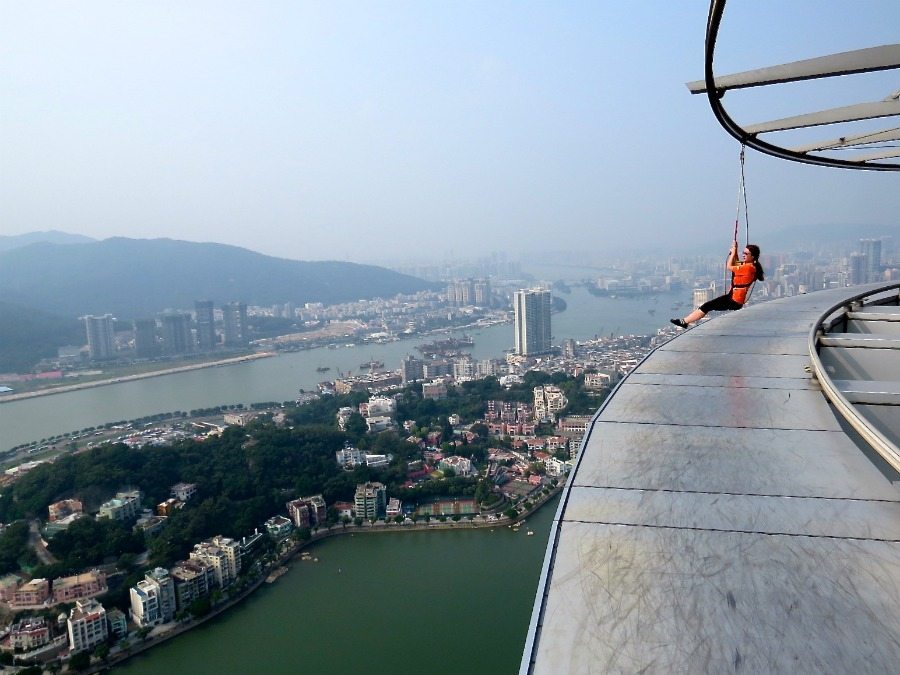 5) Macau will leave you wanting more

I assumed Macau was one of those places I could check off my bucket list without wanting to return. Wrong again! I really liked Macau, surprising even myself, and I’d love to return. If and when I do, I’ll probably add Hong Kong to my trip because it is literally a ferry ride away and I’d also like to see some of mainland China. I figure that if I’ve already flown half-way across the world, I better make it an unforgettable trip. The other thing that I cannot stop thinking about is The House of Dancing Water. We watched this performance on our last night and it was hands down the coolest performance I’ve ever seen. As you might have guessed from my recent post about the Shine Spa, I’m slightly obsessed with the elements and to see almost all of them—especially water—represented in such an engaging and interactive way has left me desperate for more. 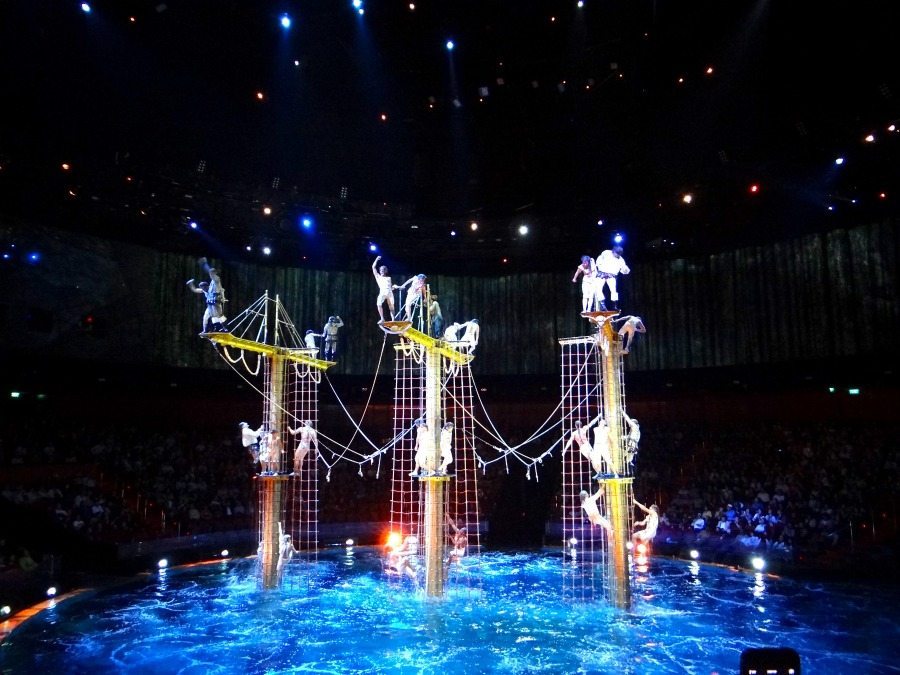 What destination has surprised you for the better? Tell me in the comments below!

This trip was hosted by Sheraton Macao and Glodow Nead. All opinions are my own.