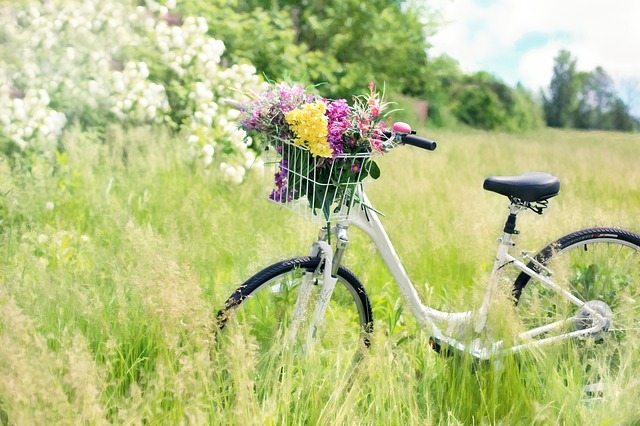 My bohemian trail through Austria’s Wachau Valley was a seemingly endless blur of colorful vineyards, warm summer sun and medieval towns built on romantic cobblestoned streets. Although I’m a city girl at heart, there is something truly serene about swapping bustling city streets for a few days in the countryside.

After three culture-packed days in Vienna it was time to head to Krems, one of the more popular towns in Wachau Valley. The train from Vienna takes just under an hour, making this an ideal day trip for travelers on a time crunch. When the train arrived at the station, I could already feel the difference. The air was crisp and my ears were filled with sounds of birds chirping rather than high heels hitting the pavement.

For Austrians, Wachau Valley is a prime weekend getaway but for foreigners like myself, I wasn’t too familiar with the area until I decided to add it to my itinerary. Running along the Danube River, Wachau Valley stretches from Melk to Krems and is a UNESCO World Heritage Site due to its architectural and agricultural importance. After spending a leisurely day wine tasting, sampling some of their famous apricots and taking a guided tour through the massive Göttweig Abbey, I was thoroughly rested for my upcoming journey along the Danube.

So on my second day in Wachau, I was up bright and early to begin my bohemian bike trail. The view from my adorable hotel, Barock Landhof Burkhardt, was more stimulating than my morning cup of coffee, which is always a good sign. 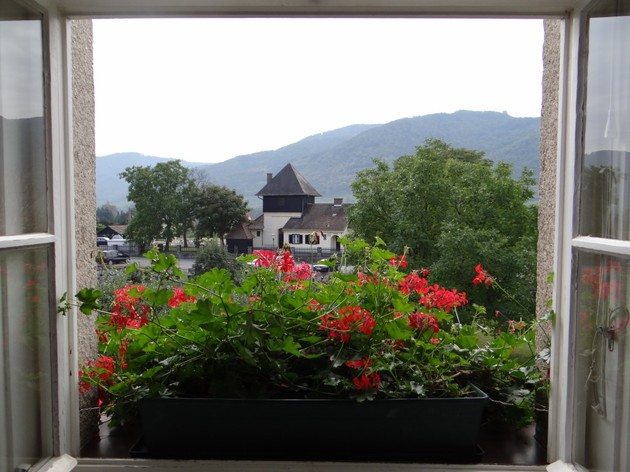 Starting in Spitz, a small village in the valley, I biked through several small towns including St. Michael, Wösendorf, Joching, Weissenkirchen, Dürnstein, Stein and Krems. The journey takes about two to three hours straight through but I made several stops along the way, which makes the trip longer and more enjoyable.

It only took about fifteen minutes into my trail for something to catch my eye. We all know how much I adore small, serene cemeteries and the one located outside of St. Michael’s Church is absolutely beautiful. Originally built to protect Wachau against the Turks, the church is one of many historical landmarks of the region. 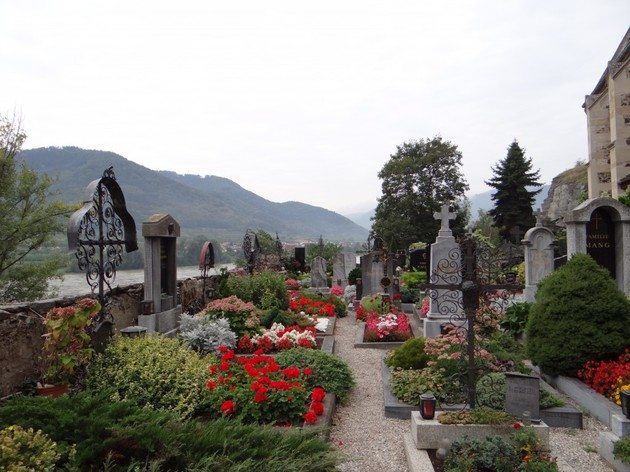 Although I was slightly nervous that I’d get lost, the bike trail is very well marked and other bikers make the trail hard to miss. The most memorable part of the path for me was the stretches of vineyards radiating green in all directions. With the cool breeze whipping through my hair, I felt a peaceful wave crash through me as I took in a landscape that I so rarely see. 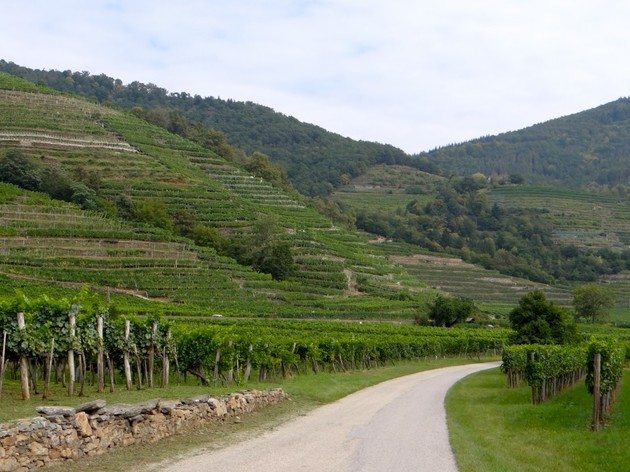 As my legs peddled along, my mind began wandering to an alternate reality where I live and work on a vineyard. Luckily, I had ample time to stop, take photos and take a closer look at the grapes up close. Wachau is especially known for both its wines and their apricots, so make sure to try both during your stay. Since wines are local, glasses are as cheap as 1,10 Euro (no joke). 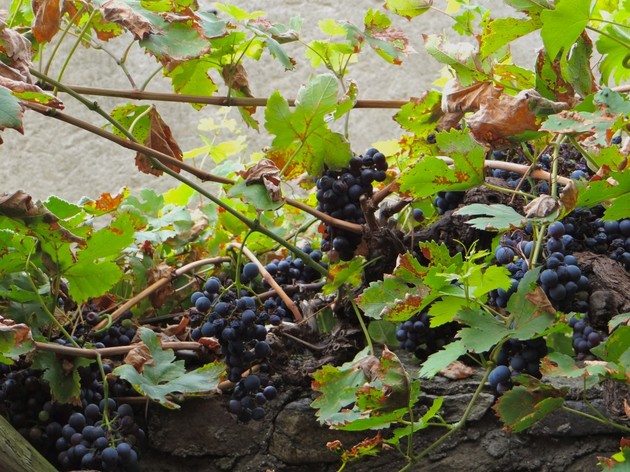 As I journeyed along, I eventually reached Dürnstein, a picturesque town along the Wachau Valley in which I spent about two hours. I recommend wandering through the Abbey of Dürnstein (blue tower in the background) and taking a few photos from the outdoor terrace. 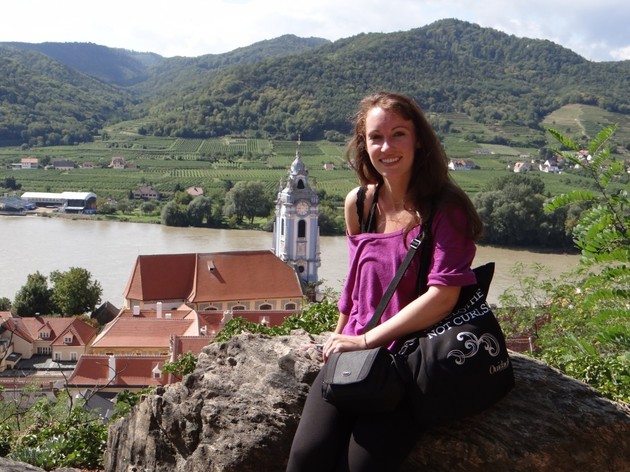 A more challenging but completely free view is from the ruins of Dürnstein castle where King Richard I (the Lionheart) of England was held captive by Duke Leopold V of Austria during the Third Crusade. 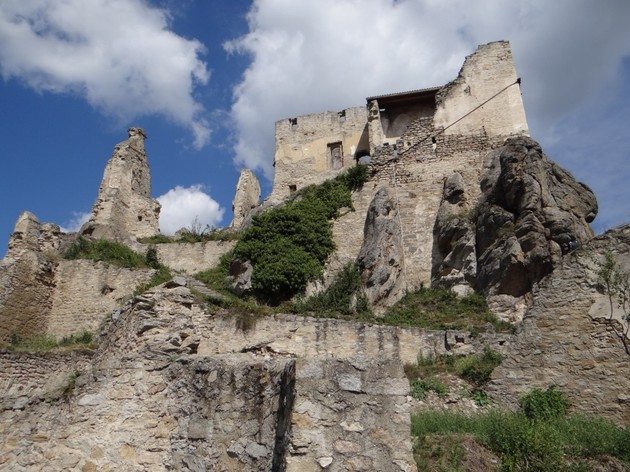 After a few hours on my bike, this hike seemed never ending but the view is unbeatable. From the top of the ruins I could see my starting and ending points and far beyond. 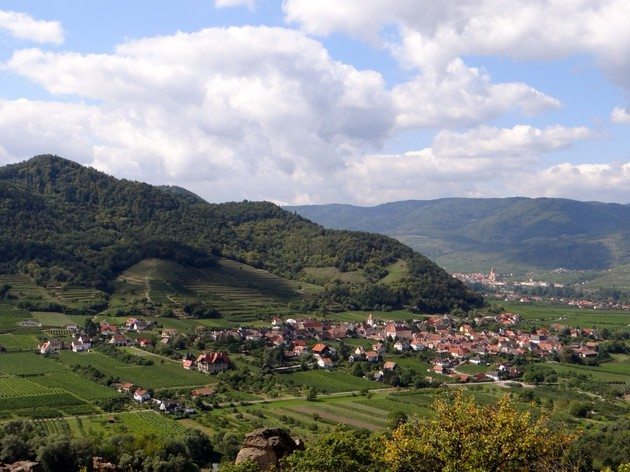 My last two stops were Stein and Krems, two towns very close together. I popped into the Museum of Cartoons to a bit of afternoon humor and spent my last hour wandering through the streets of Krems, which has far more foot traffic than other stops along the trail. 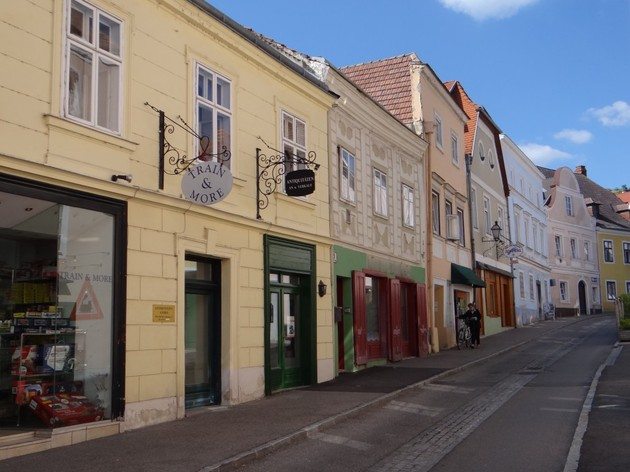 This trip was hosted by Austria Tourism. All opinions are my own.