The Best Street Art and Storefronts in Toronto 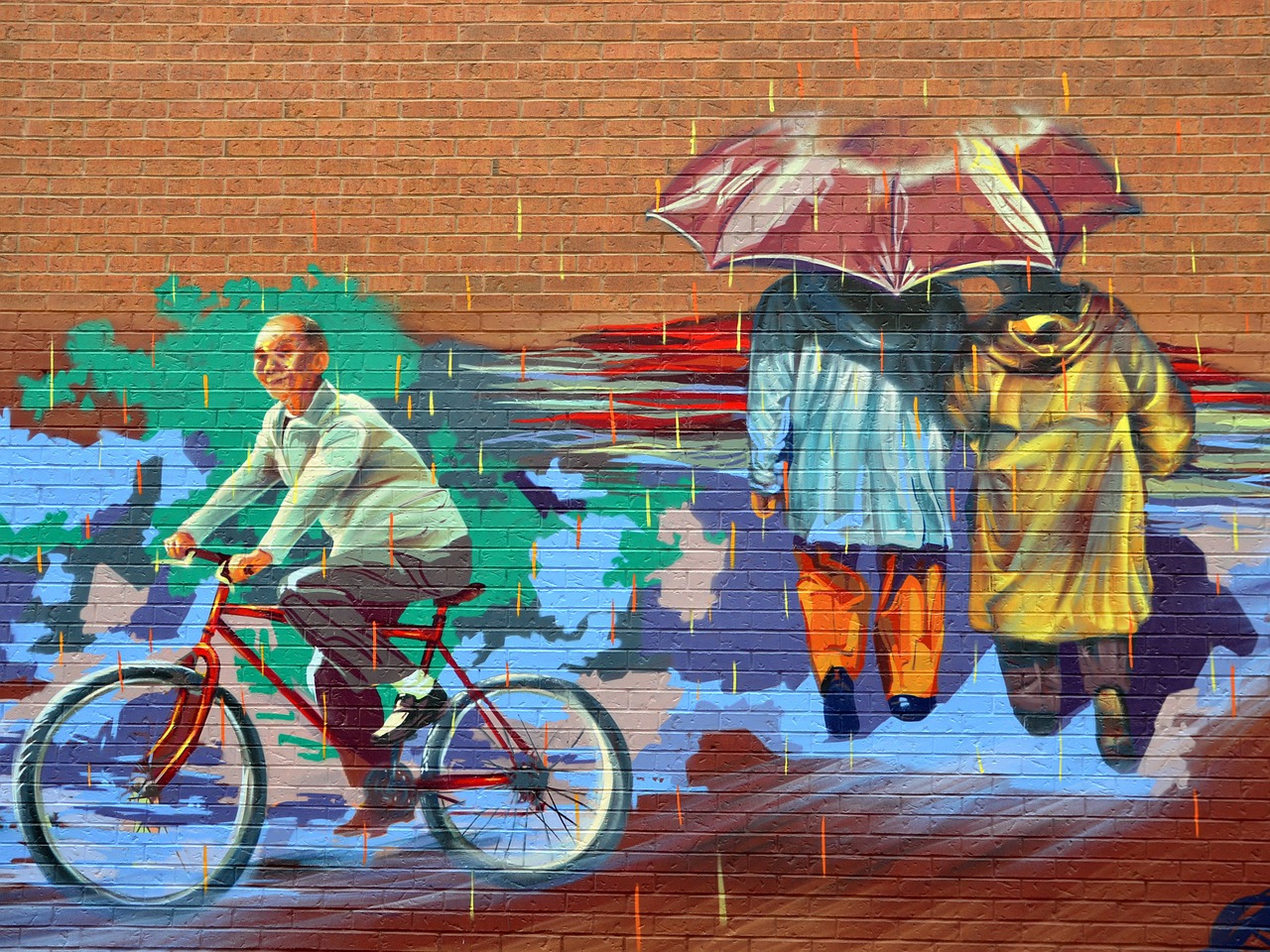 November started off with a bang in Paris where I celebrated my 28th birthday and the fun continued on to Toronto. I had the pleasure of speaking at an impressive fashion & beauty blogger conference called at SPARK Sessions about the Power of Google+. It was an amazing experience and one that both challenged and excited me and I’m looking forward to filling you all in on that a bit later. Stay tuned. 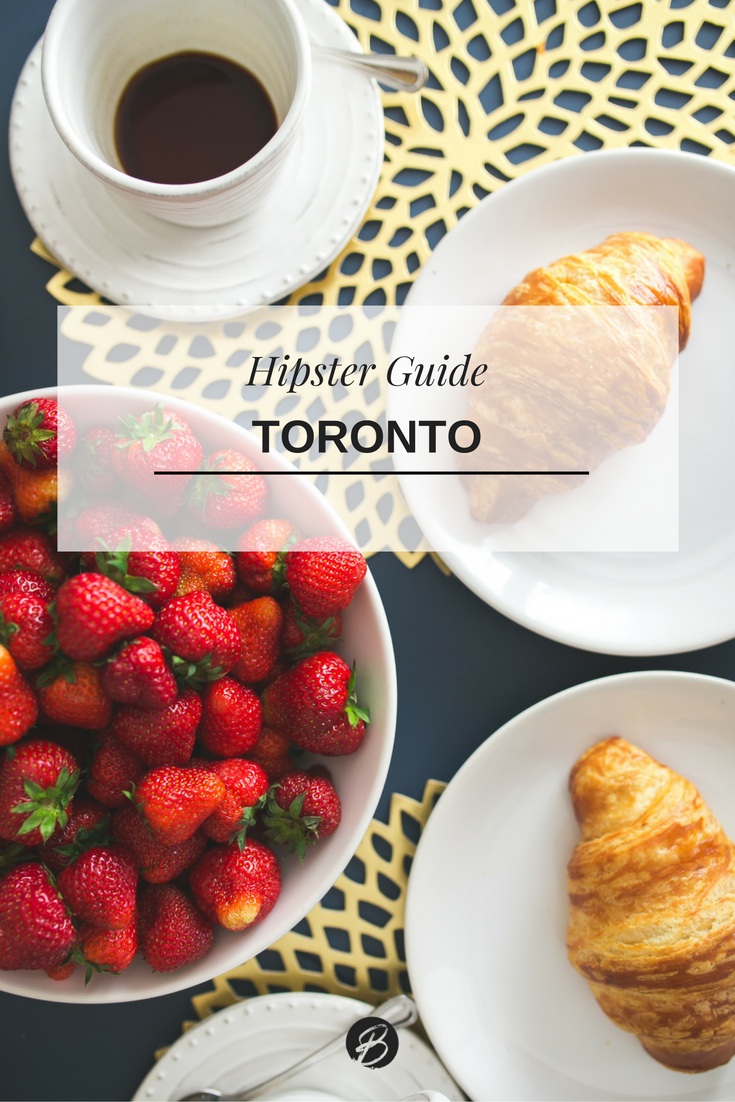 I had always heard great things about Toronto, especially after several of my blogger friends attended TBEX there a few years ago. I was traveling elsewhere at the time but I saw plenty of pictures to spark my wanderlust.

There were many reasons I was eager to visit Toronto but above all, I was eager to explore everything the city has to offer: the tall skyscrapers that rival the ones in New York, the quirky shops with personality to space and of course, the revamped neighborhoods that are trendy beyond compare. While the weather wasn’t exactly ideal during my trip, it didn’t matter because Toronto is colorful rain or shine. This quickly became apparent when wandering through the eclectic Kensington Market neighborhood. 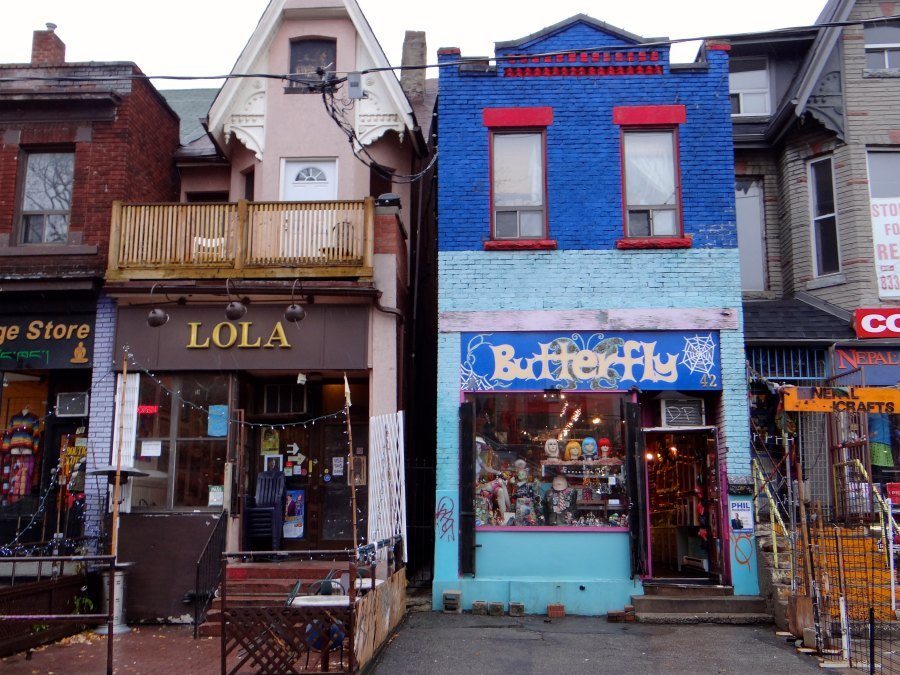 Located on the edge of Chinatown, another fascinating neighborhood with a ton of history, Kensington Market is a one-stop shop for graffiti, artisanal goods, vintage clothes and accessories and lively bars. It’s not a huge area but it’s packed with personality. Back in the 1920s, the neighborhood was known as the Jewish Market and even today, there’s a mix of different cultures represented – Europe, the Middle East, Latin America, Asia and the Caribbean to name a few.

Whether in search of fresh food or souvenirs, there’s something for everyone at Kensington Market. The narrow streets and alleys are always bustling with tourists and locals alike, especially on the weekends and in the late morning / early afternoon hours. Unlike other markets I’ve visited, however, the past and present coexist seamlessly. The Victorian houses serve as a stark contrast to the gritty graffiti covering most of the building walls.

As mentioned above, Kensington Market is a mix of cultures and traditions. Everything started with the Irish and Scottish workers who came here in the 1880s, followed by Jewish immigrants about twenty years later. As time went on, other immigrants populated the area including the Portuguese, Latin Americans, Asians, Middle Easterners and Caribbean islanders. This is also where you’d find one of the last Jewish synagogues still in operation.

My tour guide for the day not only grew up just next door in Chinatown, but he knew everyone in and around Kensington Market. It was refreshing to learn how supportive the community is and how determined the residents are to keep the neighborhood’s authentic appeal. There are no chain stores or restaurants here; only independent shops. I was also surprised to learn that the park just on the other side of the market’s edge is one of the city’s most dangerous spots and yet no crime every seeps into the neighborhood. 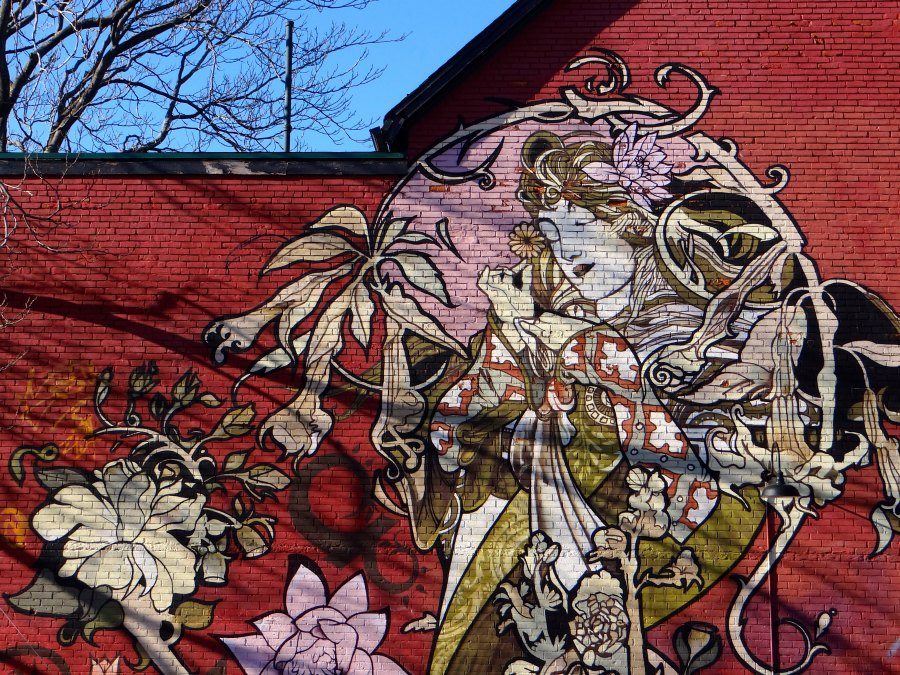 While the neighborhood is small, there are plenty of places to eat and drink. It all depends on what mood you’re in and what taste buds you want to awaken. Fika (28 Kensington Ave.) is a Swedish-inspired café and feels slightly more upscale than other shops in the area. They also have great ice-cream sandwiches. 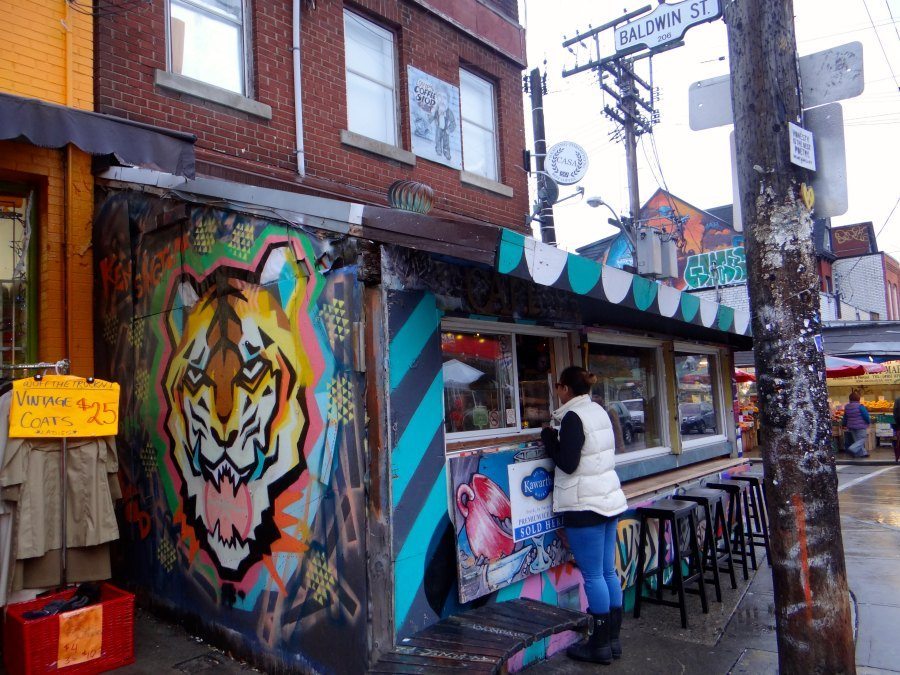 I didn’t take a street art tour through the neighborhood but Toronto Urban Adventures via Tour Guys does offer a Kensington Market & Chinatown tour every day but Monday at 10am. I do know that much of the graffiti is by request of the building owners, as art is very much a part of the neighborhood. There’s a mix of gritty wall paintings and large murals not to mention the “the garden car,” which was formerly a working 2001 Ford Taurus. Now, it’s covered in street art and live grass and serves as a piece of public art. The styles vary but the bright colors remain constant. 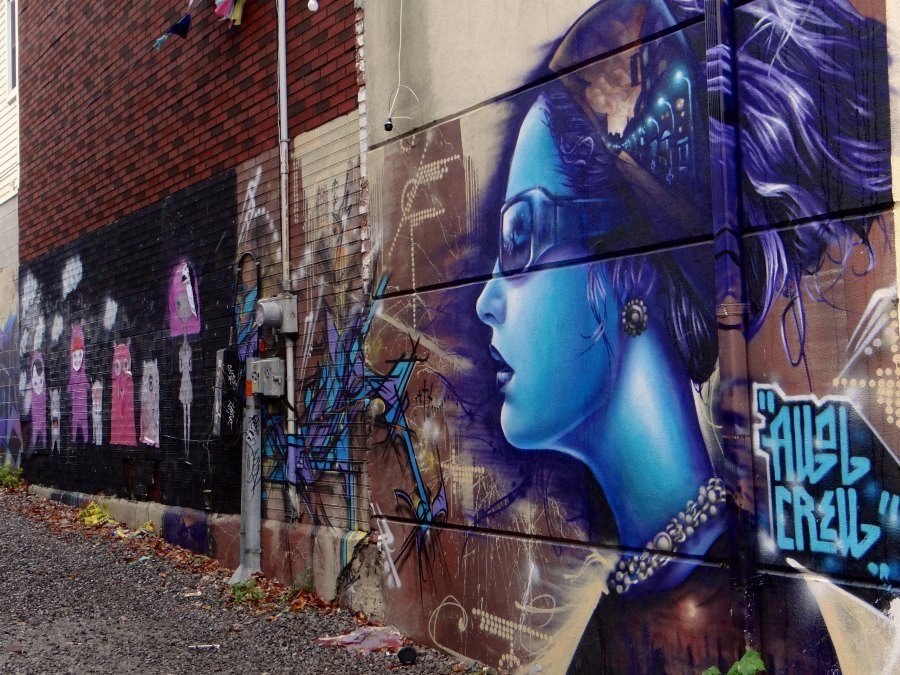 It’s no surprise that I love shopping for vintage wares and Kensington Market has a few stores to choose from including Ego Vintage (9 Kensington Ave.), Exile Vintage (20 Kensington Ave.) and Flashback Vintage (33 Kensington Ave.) Luckily, the neighborhood is only a few blocks and many of the shops are located on the same street so you can browse a few stores before deciding on which items to buy. I also popped into Courage My Love (14 Kensington Avenue) featured below and chatted with the owner for a few minutes. My first impression that the store is a sensory overload. Hats, buttons, jewelry and other knick-knacks cover every inch of available wall space and yet, it feels cohesive and inviting. 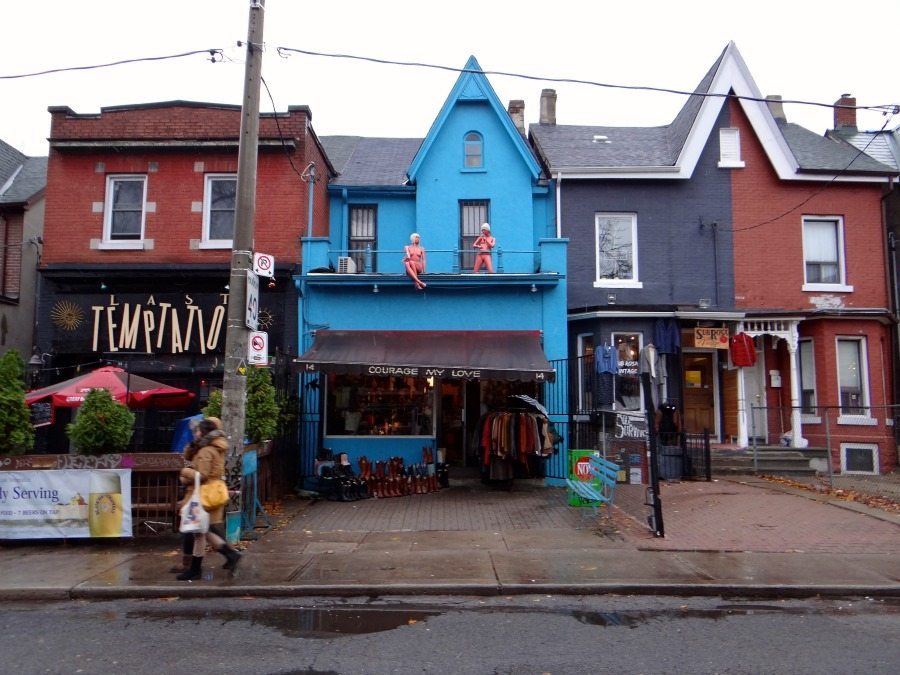 If you happen to be visiting in the summer months, Sundays are pedestrian-only days but in all honesty, I passed through twice during my trip (a Monday and Tuesday I believe) and I didn’t notice many cars anyway. The streets are somewhat narrow but easy to get around without too much trouble. Most of the shops open at 9am and are super crowded by 11am so aim to get there early if you’re hoping for a quiet stroll. 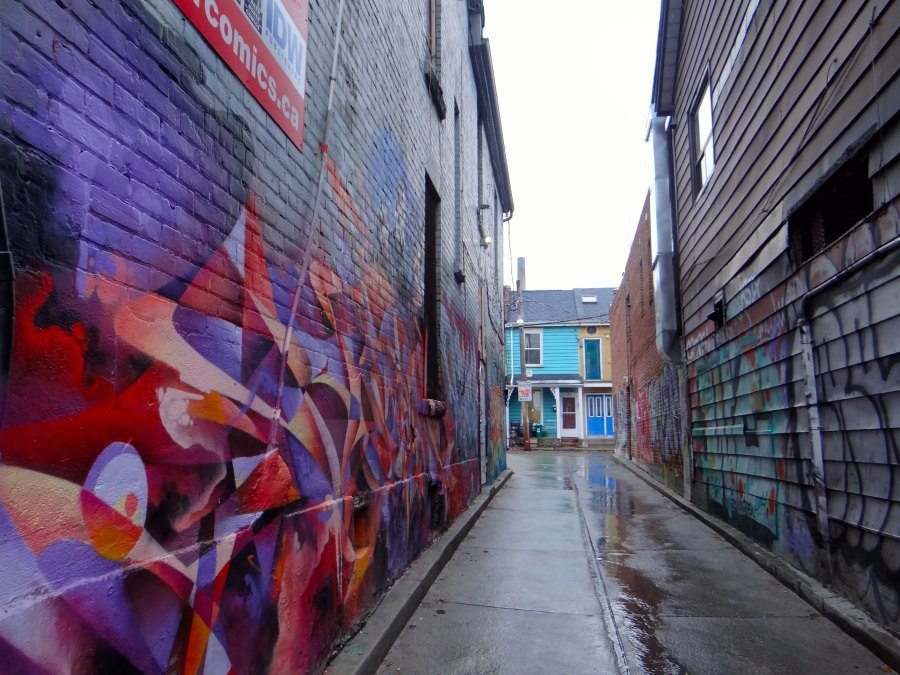 How to Get There

Unless you’re within walking distance, just hop on the Subway to the Queen’s Park Station and then head west. The neighborhood is between Dundas and College, west of Spadina Avenue. 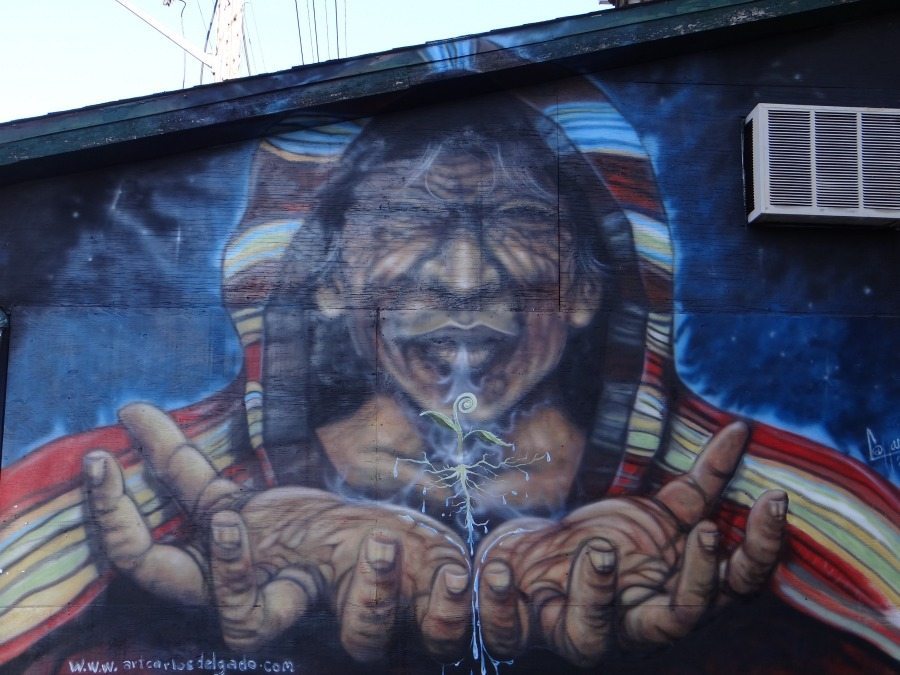 What’s the coolest neighborhood you’ve ever visited? Tell me in the comments below!

This trip was hosted by Tourism Toronto. I stayed at the Hilton Hotel during my stay. All opinions are my own.