The Most Beautiful Hong Kong Beaches (and Waterfall) 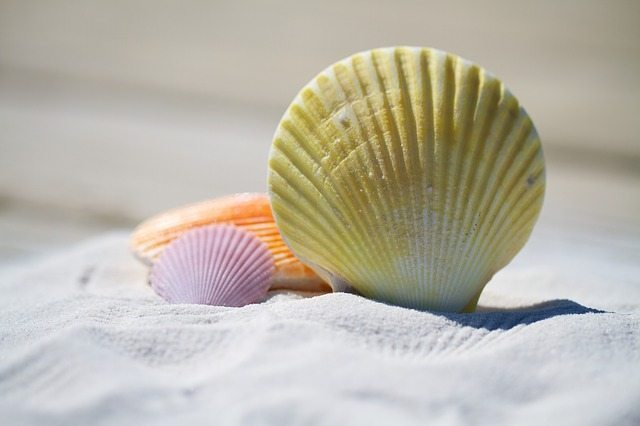 As thrilling as Hong Kong Island is, don’t underestimate the natural beauty of the New Territories. About two weeks ago, I left the comfort of my Central apartment and went on an all day adventure to Tai Long Wan and wow, did it blow me out of the water (pun intended!) Getting there isn’t easy but it’s worth the hassle. In fact, by the end of the day, my friends and I had taken just about every type of transportation: the MTR (subway), a taxi, a boat and a bus. Oh, and we did quite a lot on our own two feet as well. More on that later.

Here’s everything you need to know about trekking in Tai Long Wan.

Where is Tai Long Wan and how do I get there?

As mentioned above, Tai Long Wan is in what’s known as the New Territories and while it’s technically part of Hong Kong, it feels world’s apart. That leads me into the next bit. Getting there isn’t too painful but it does take some patience. I suggest you take the MTR to Po Lam and from there hop in a taxi to Sai Wan Pavilion, which is the same spot where the bus stops if you opt for that instead. Normally I don’t recommend taxis but they are crazy cheap in Hong Kong (especially if split among several people) and it will save you loads of time. That said, busses are pretty efficient in HK and not a bad option if you’re strapped for cash. Here are some alternative routes. 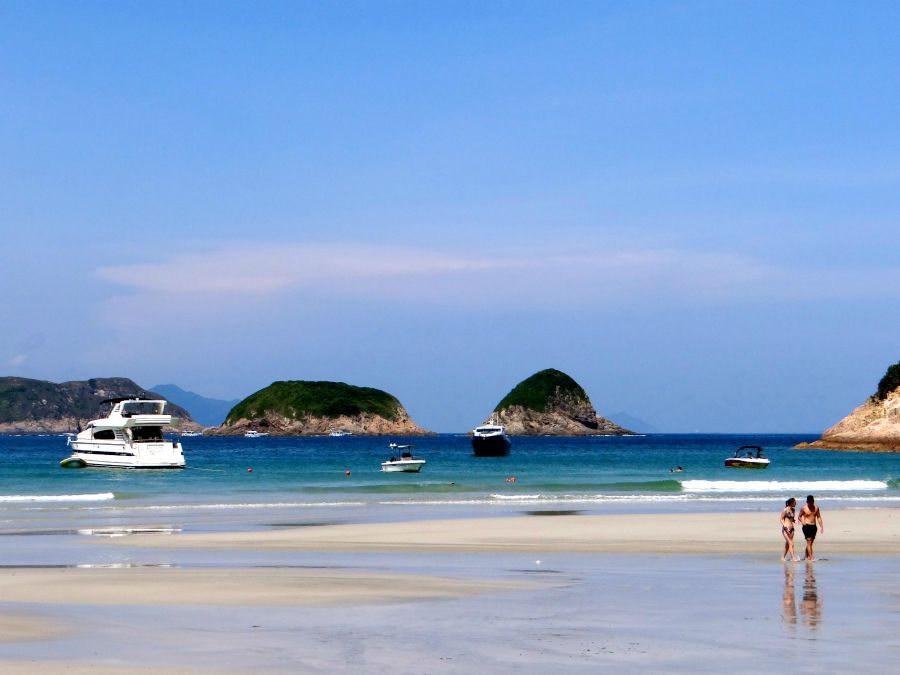 From Sai Wan Pavilion, there’s a mild hike to the beach and the trail is very well-marked. We walked at a brisk pace but we certainly weren’t rushing and it took us between 30-40 minutes from the start of the trail to the beach. For the most part, the trail is even level but there is one minor hill about mid-way through. The picture below is the view you’ll see from trail. Like with any hike, make sure to bring plenty of water and sunscreen. We got lucky with sunny weather during our visit but that also made it feel even hotter than it normally does this time of year in Hong Kong. There are some really nice view points along the way so don’t forget your camera! 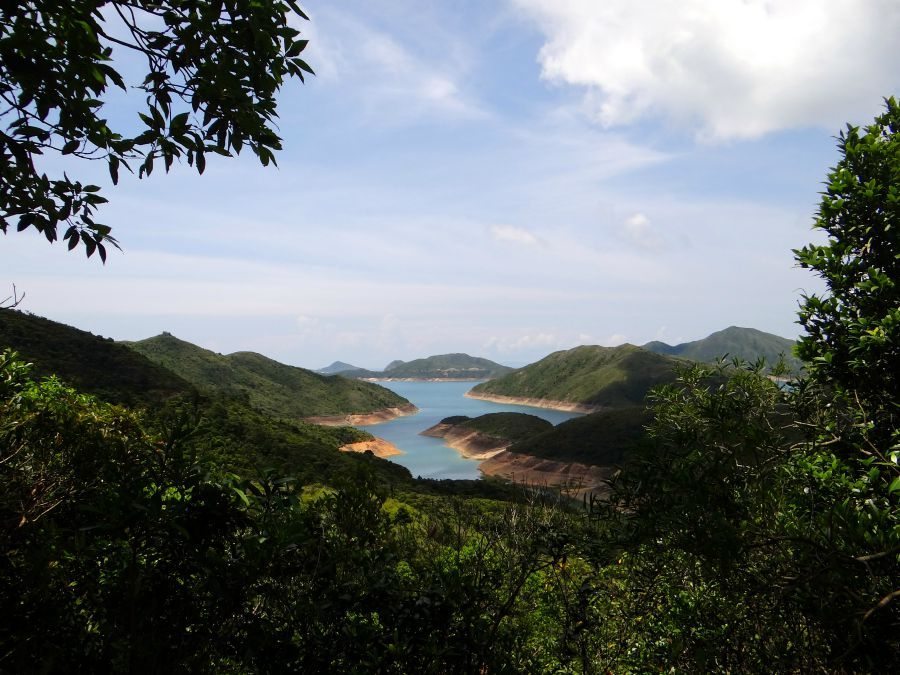 Off to the waterfalls

Once you hit the beach, you can either stay there or trek a little further to a somewhat hidden waterfall. We did the latter. We used Traveler’s Digest as a reference and they do a pretty good job of breaking down all the who, what, where, when, why and how. I’m a visual person so I’ll give directions based on what you’ll see. When you hit the beach, keep walking along the path as if you’re walking away and toward the greenery. From there, you’ll start to see signs directing you to the falls. Keep an eye out for a small stream as a marker and follow it to the west. About 10 minutes later, you’ll see a rock path that leads to the natural rock pool. Definitely wear sneakers. 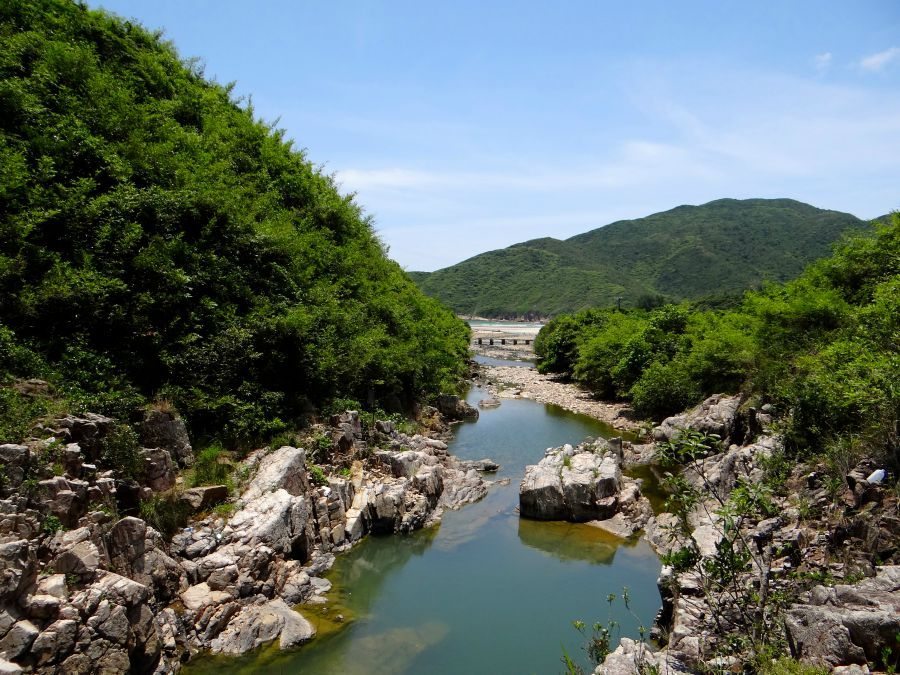 After hiking through a serious of rocks, I was thrilled when we finally reached the waterfall. I barely snapped this photo before getting into the water to cool off. Since we visited during the week, it wasn’t too crowded but there were two or three other groups of tourists there. If you’re feeling super daring, you can climb even more rocks and jump from the top cliffs. If I wasn’t wearing my contacts and too lazy to climb more rocks, I would have done it. That said, I’m sure it looked a lot less threatening from the water below than from the top. The water is warm but the rocks are slippery so I suggest using your hands for grip when entering and exiting the pool. 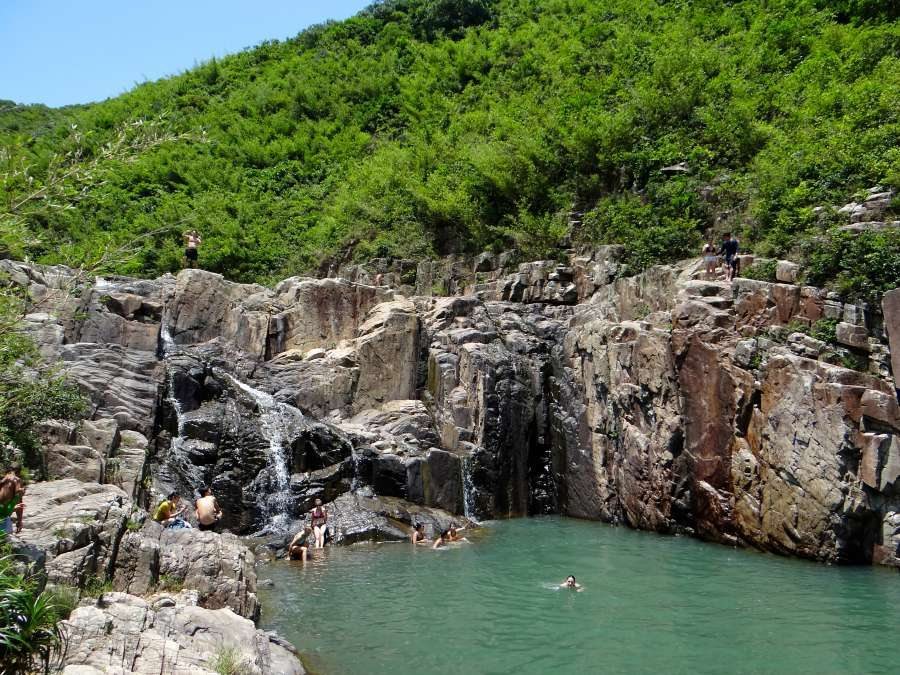 Back to the beach

By about noon, our stomachs began growling which can only mean one thing. Lunch! We retraced our steps from the waterfall to the beach and ate at one of two local restaurants on or beside the beach. As you can see from the photo below, there were practically no people here and based on other Hong Kong beaches I’ve visited, this is a rarely. Again, though, it was likely due to us visiting on a weekday and getting a relatively early start. This particular beach had very tame waves but some of the other three are rougher. That’s why so many surfers love it here. You can rent sports gear from one of the restaurants but for the most part you’re on your own, supplies-wise. 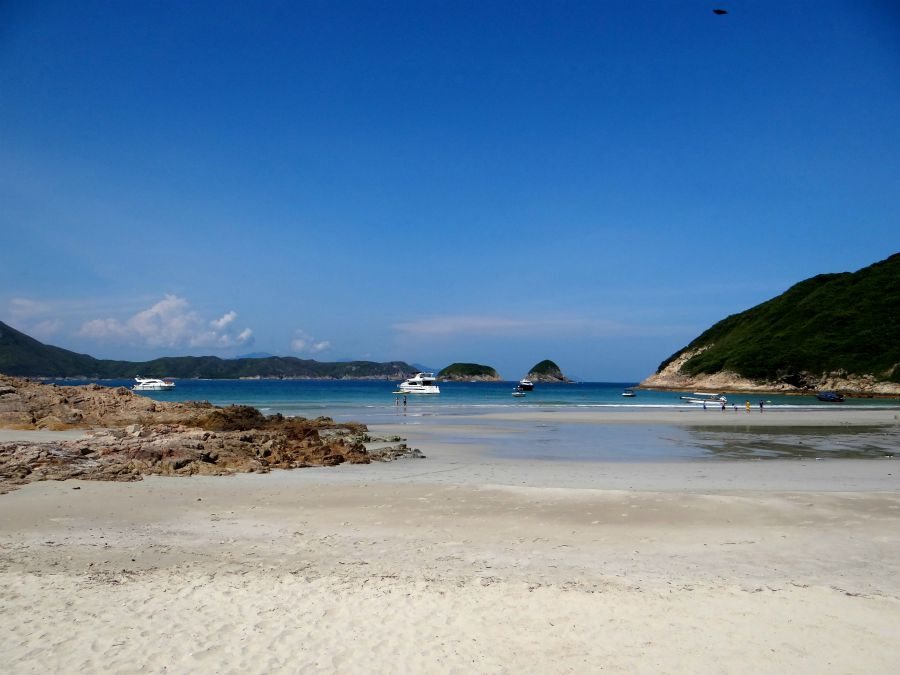 Instead of returning to Hong Kong Island the exact way we came (via Sai Wan Pavilion), we took a local boat to Sai Kung, where were then caught a bus back to Po Lam. The boat, when available, leaves around 4:30pm, although I’ve read that it can leave as late as 5:30pm. I’m not going to lie, that boat ride was a bumpy one but it was pretty fun and I found myself giddy like I was on a roller coaster. Plus, it’s not a long boat journey and the views of the nearby beaches and islands are stunning. From there, we took the MTR back to our designated stops. If you miss the boat, you can still catch a bus from the pavilion. Just make sure to check the schedule. 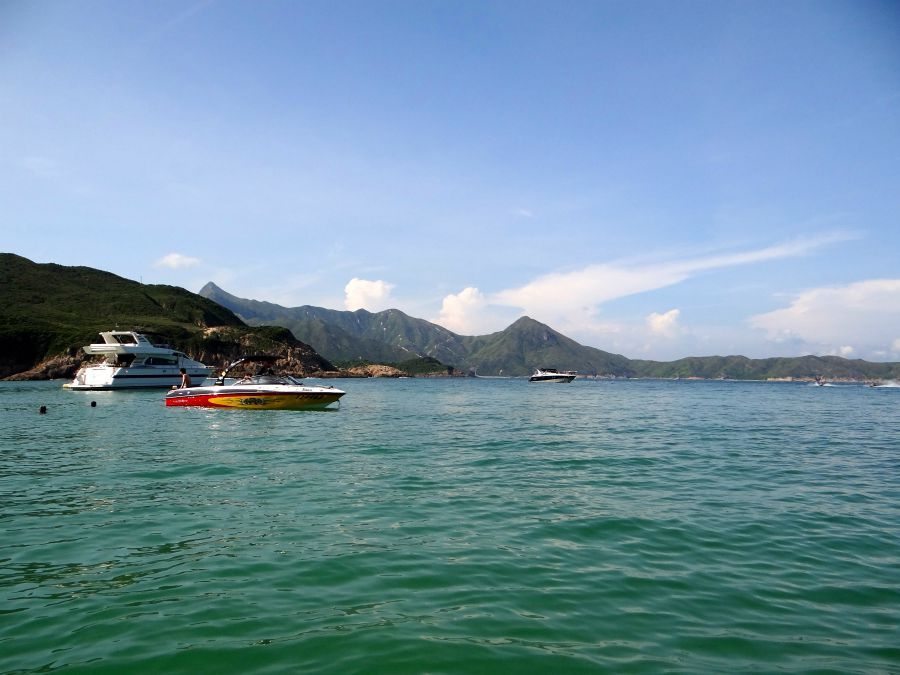 What’s your favorite hidden gem in your city? Tell me in the comments below! 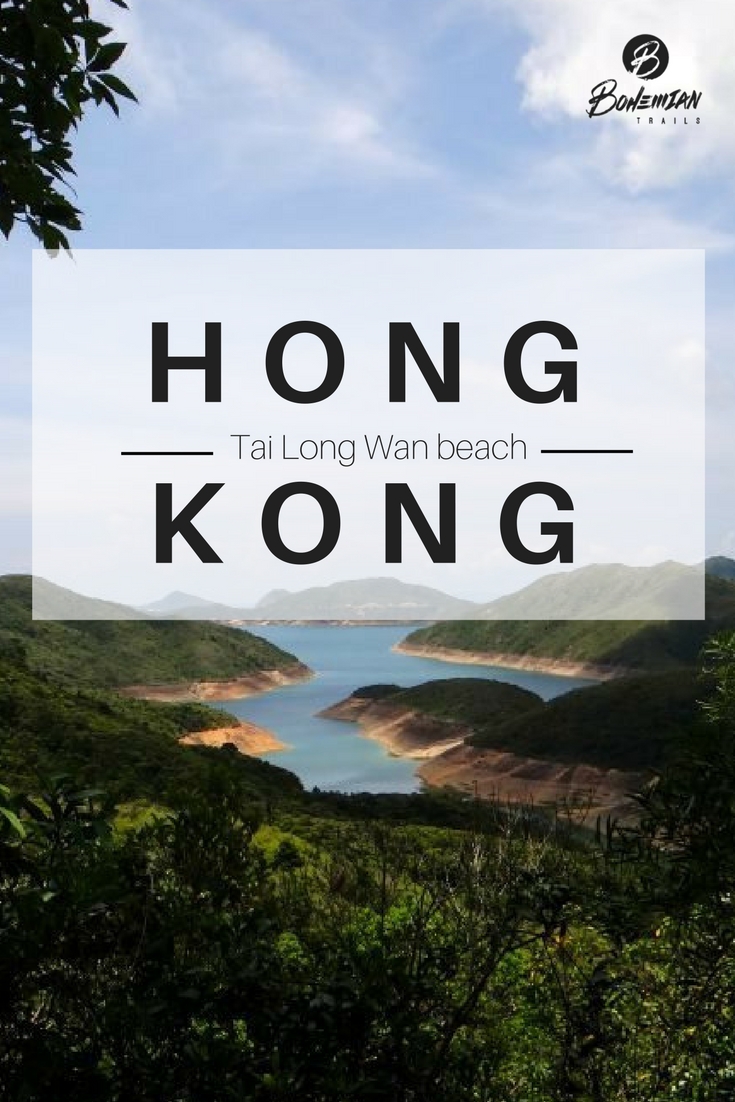