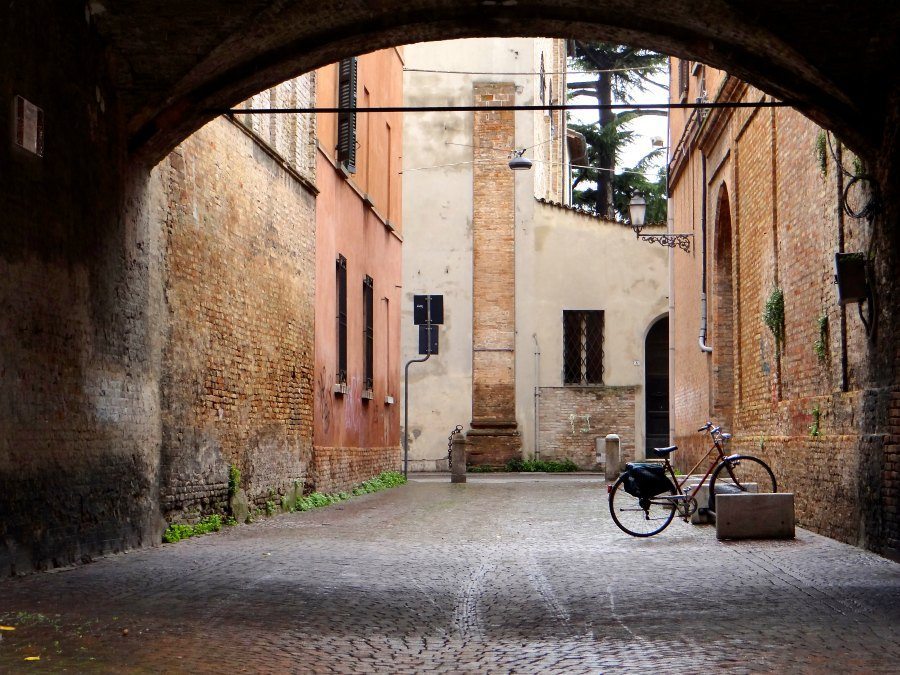 Even though the bulk of my Italy trip revolved around eating glorious handmade pasta and sipping on Sangiovese, I had to walk off all this deliciousness somehow, right? If you’ve ever read some of my Boho Guides, you know that I’m a huge fan of bike fashion so of course I had to snap a few photos of the chic bikes I spotted in Italy. A few of my favorites, along with some city shots, are below.

Bologna was the first stop on my week-long Italian adventure. The city is known for it’s creative food scene and for a slew of top-tier universities. It’s easy to walk around the city center and several of the streets are pedestrian-only. From Hotel Commercianti Art Hotel, all the main attractions were within five minutes walking distance and the train station was a slightly longer stroll at 20 minutes but nothing a city-slicker can’t handle. In fact, it’s quite easy to take a day trip from Bologna to several other northern Italian cities like Modena and Ravenna. 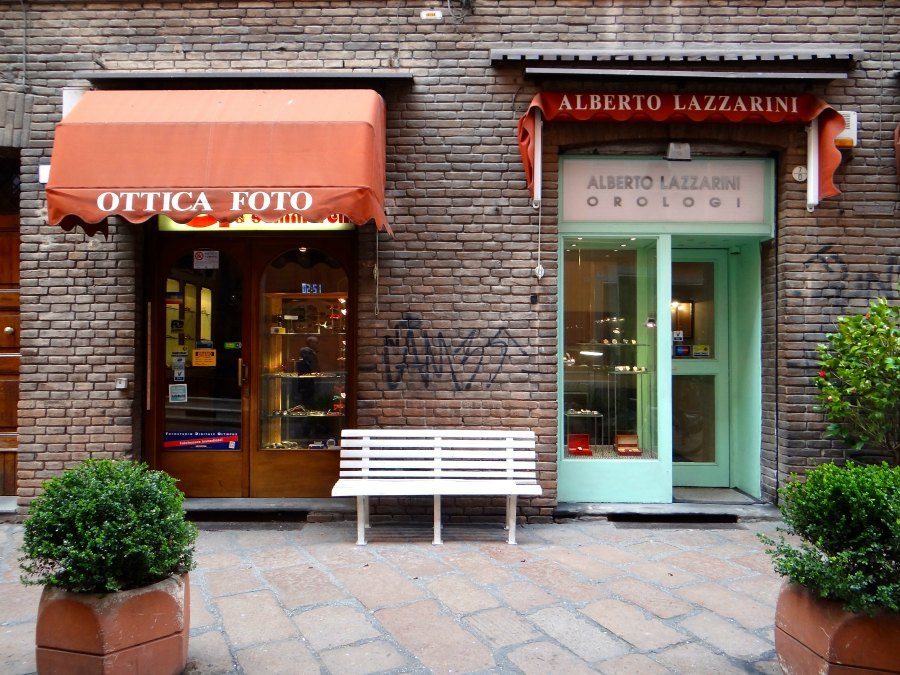 I snapped this next photo right in front of our interactive pasta-making class with Il Salotto Di Penelope. Their little joint is just off a main road and the change from bustling Bologna to the quietly nestled kitchen is a welcome one. Laundry lines strung from window to window above my head and pretty bikes rested quietly against colorful house walls. Our cooking class lasted about three hours so it was really refreshing to actually feel like I’m in someone’s home rather than a commercial building. 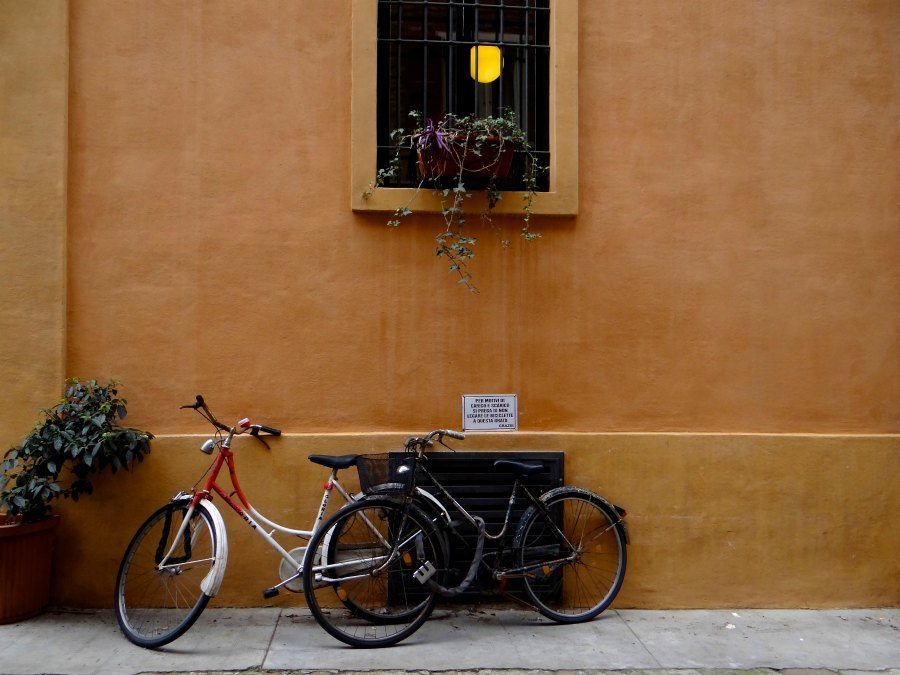 Next up was an afternoon visit to the small town of Brisighella where our group went to CAB for a DOGG Olive Oil Tasting. I loved seeing the old yet vibrant homes and buildings clustered close together on the main drag. Even better, was sampling different types of local olive oil. Terra di Brisighella is a vine-growers association that dates back to 1962. Today, there are 300 olive oil towers in total and about 70,000 olive trees. Even though I wish these bottles were more accessible outside of Italy, I appreciate getting to taste the “real” thing in the place where it’s made. 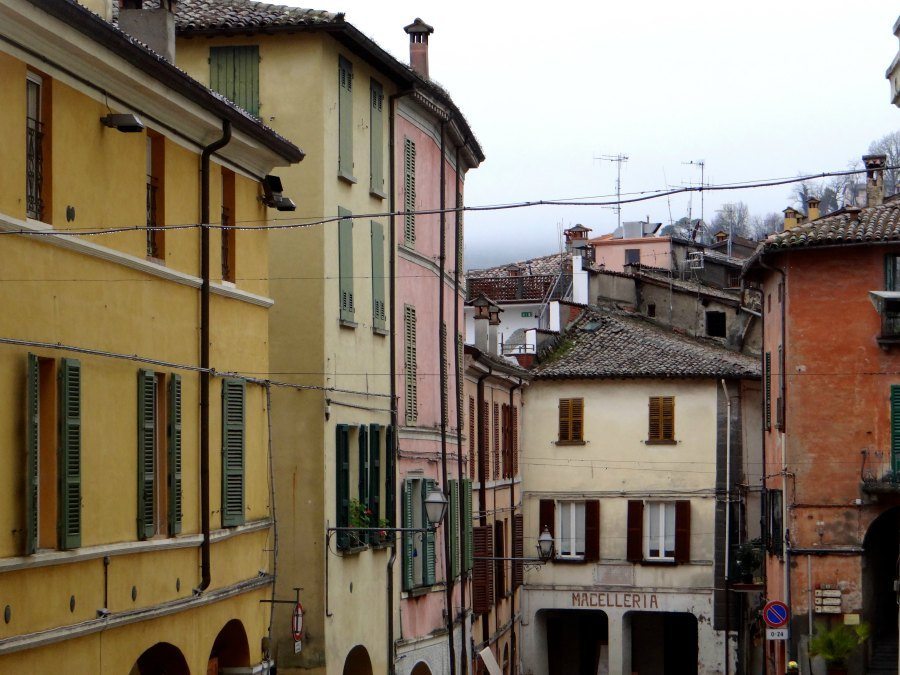 I went a little camera crazy in Ravenna but can you really blame me? There were so many secret side streets and quirky bikes just waiting for me to snap a photo. Just for a little history lesson, Ravenna was once the capital city of the Western Roman Empire (from 402 until 476). If you make it to the Emilia-Romagna region of Italy, Ravenna is a must, even if only for a day. Much like Bologna is a hub for foodies, Ravenna is the same for art connoisseurs. There are many shops that double as schools where you can learn how to make a mosaic, for example.

Even in the rain, Ravenna is beautiful. Naturally, I gravitated toward streets and storefronts where bikes were present but after awhile, I put my camera away. Sometimes you just need to experience a place and not stress over capturing the moment on film. Attractions-wise, there’s a lot to do here. Check off a few UNESCO World Heritage items off your bucket list like the San Vitale Basilica, Galla Placidia, Santa Apollinare Nuovo and of course, the beautiful byzantine mosaics. Admission is free. Come to think of it, Ravenna might be the best place to spend any day, rain or shine. 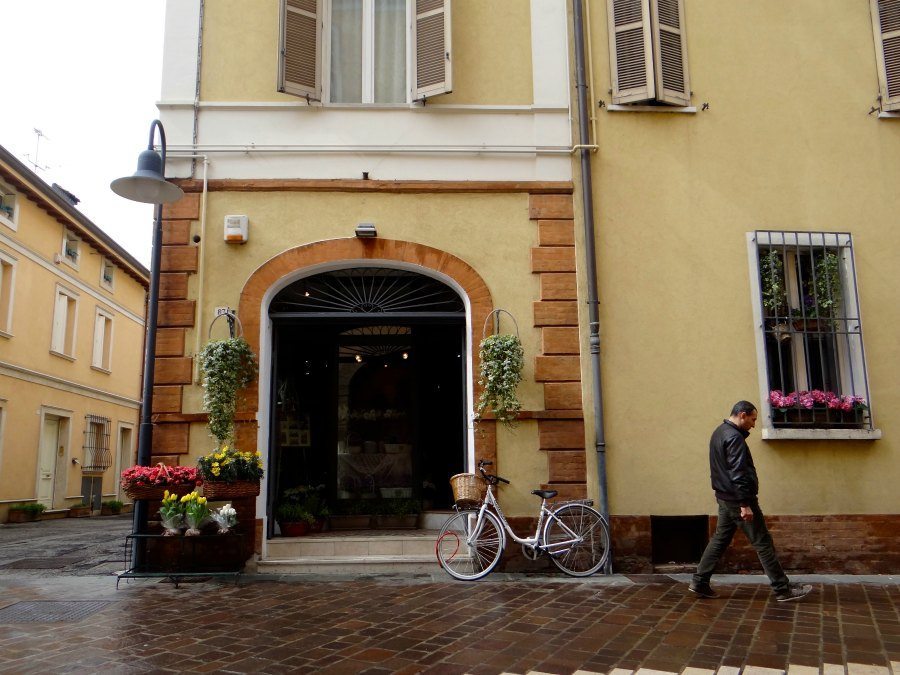 One of my favorite stops was Cesenatico, the little fishermen village where Maestro Leonardo da Vinci designed the colorful canal. I soon learned that Cesenatico is full of surprises. The biggest shock was that in this tiny town there is actually a Michelin-starred restaurant called La Buca. Things took an interesting turn when we had the chance to watch famed Chef Stefano Bartolini prepare a few of the dishes we would eat a few hours later. If you’re not ready to splurge on a Michelin meal, swing by their more casual sister restaurant next door. 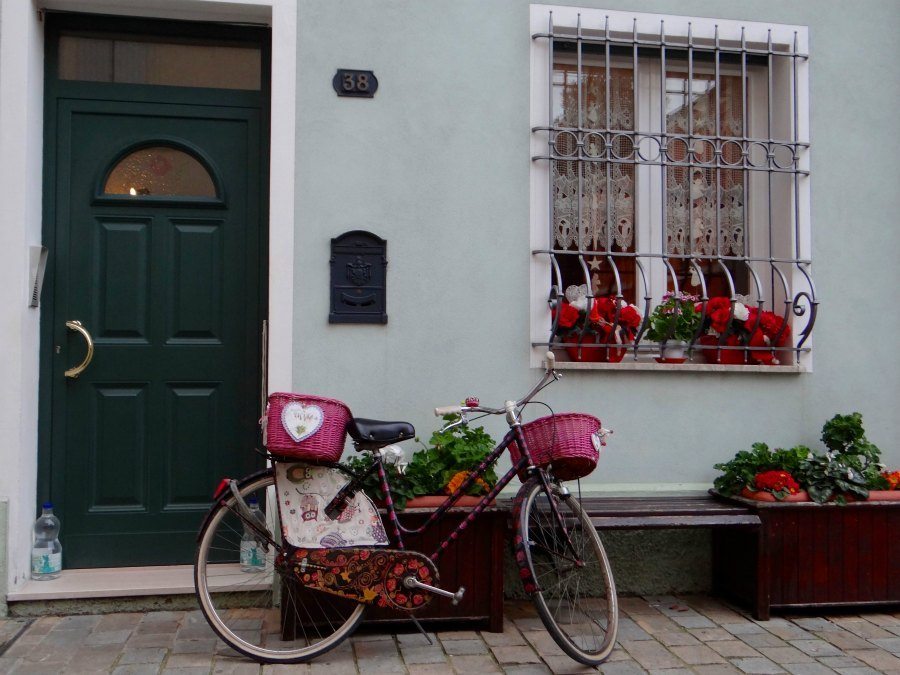 La Buca aside, Cesenatico is simply lovely. Located in the region of Emilia-Romagna, within the province of Forlì-Cesena, and founded in 1302, the port town only has 20,000 inhabitants. The canal came along in 1500 and remains a major draw for many tourists. The town was mostly deserted during our late March visit but I can only imagine how crowded it must get in the summer months, as it’s a popular resort town. An advocate for off-season myself, I definitely see the perks of visiting Cesenatico just before high-season. 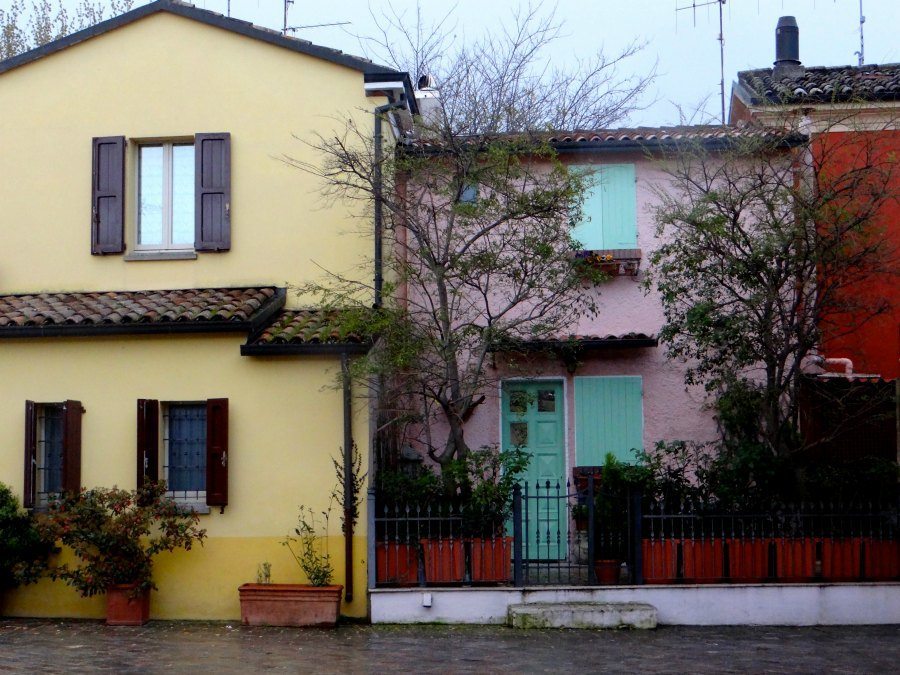 Modena is a special place. The first thing I noticed is that there are a lot of independent designer boutiques here and while I desperately wanted to try on some dresses and tops, I just didn’t have enough time. On the flip side, in and around Modena are a slew of car museums and factories like the Museum Casa Enzo Ferrari we toured. If you’re on a time crunch, swing by the UNESCO site Modena Cathedral. Along with Ghirlandina Tower and Piazza Grande, it’s one of the most important symbols in Romanic Art in Europe. I also recommend the food market. 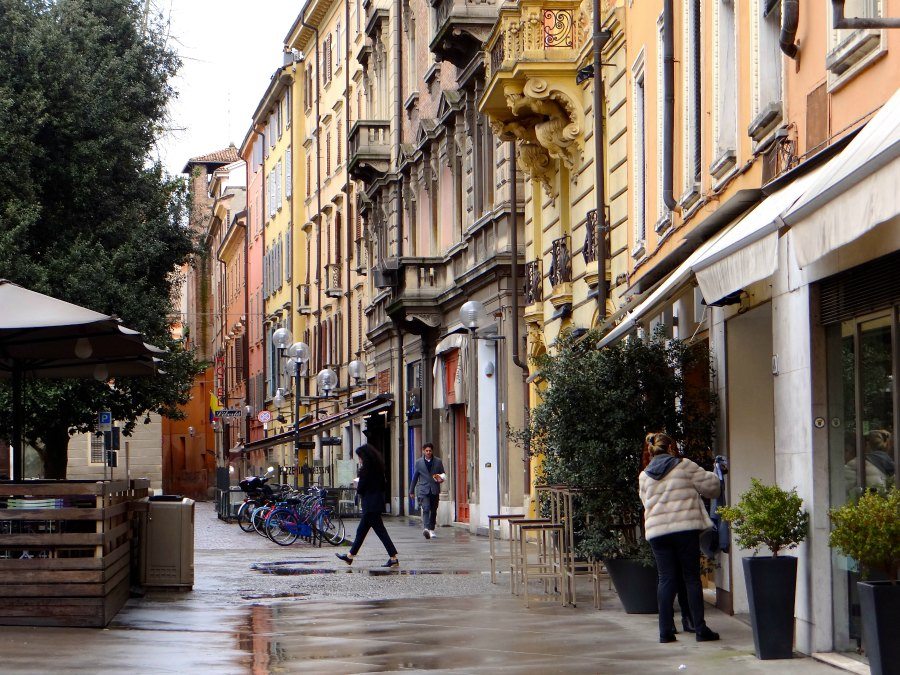 What’s your favorite Italian city? Tell me in the comments below!