A Quiet Day with the Batak Community 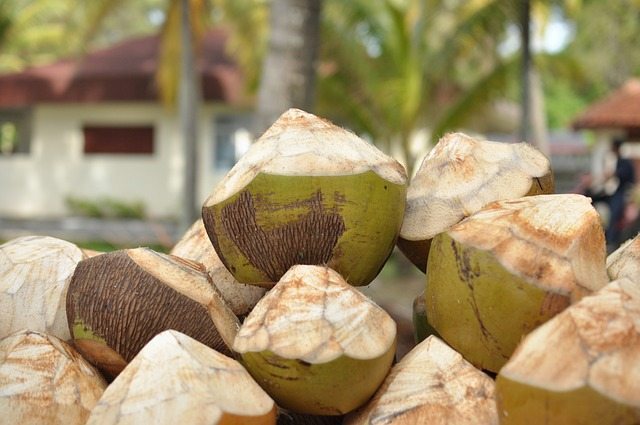 While most people head to the Island of Palawan for the sand and surf, there’s quite a bit of culture beyond the beach as well. On our first full day in Puerto Princesa, we swapped the seashore for a jaunt in nature. Our half-day excursion consisted of a hike to the Batak village where we stopped for lunch and a tour before heading back. The Batak are the indigenous people of the Philippines and are mostly located in the northeastern areas of Palawan. Incredibly, there are only about 500 Batak people living today, making this quite a small set of communities. Once a nomadic people, the Batak now reside in small villages. Here are my first impressions:

The scenery is gorgeous

Despite the sun beating down on our backs, the hike was far less challenging than I anticipated, which I was happy about. We walked at a leisurely pace, crossing through streams (some dried up and some flowing). It took us about 1.5 hours each way and I’m being generous with that estimation. Once in the village, we had a look around before sharing a meal with some of the community members. We had a local guide with us the whole time, in addition to our Intrepid guide and this was helpful not only in learning about the inner workings of the tribe but communicating with the members, as most members speak their own dialect rather than Filipino. 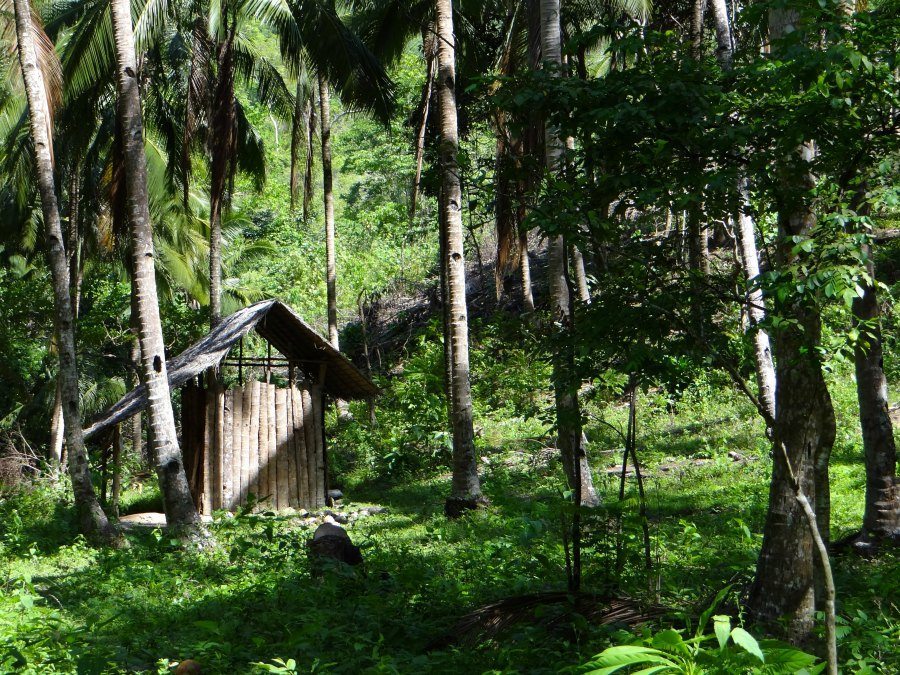 The people are kind

Because this Batak village is somewhat remote, the members have to be smart about survival and sometimes that is easier said than done. Men are often the ones in the fields harvesting honey and a few other crops while women do less strenuous work like weaving. While there are ample coconut trees along the trail leading to the village, our local guide explained that growing vegetables and other nutritious crops is challenging. Therefore, many of the members suffer from lack of nutrition. This also became apparent during our communal meal when I saw several men and women piling their plates with enormous amounts of rice, chicken and vegetables. 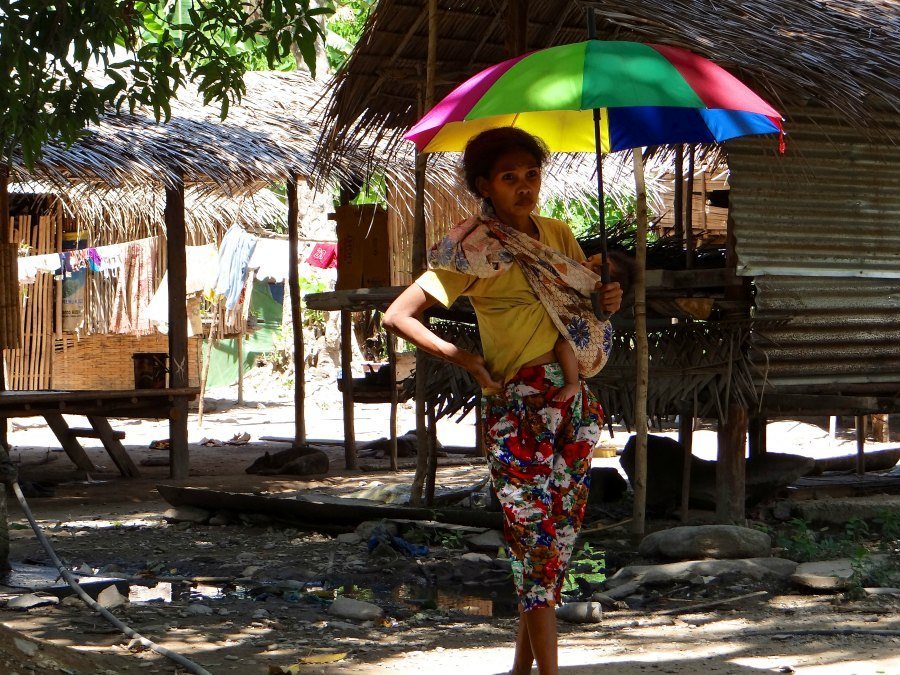 Life is all about the three F’s: Family, friends and fun

Still, the people here seem utterly content with their lives and why shouldn’t they be? According to the chieftain, there are 48 families in this community and in total and roughly 200 people in total. I saw many young children and newborns and it was tough to tell whether the young-looking girls or the slightly older women were the mothers. Regardless, family ties are very strong here and it was comforting to watch kids holding hands and shooting hoops in the basketball court…yes, there is a basketball court here. After all, this is the Philippines and they LOVE basketball. Besides the court, the village consists of a school, church, bathroom, outdoor eating areas and homes. 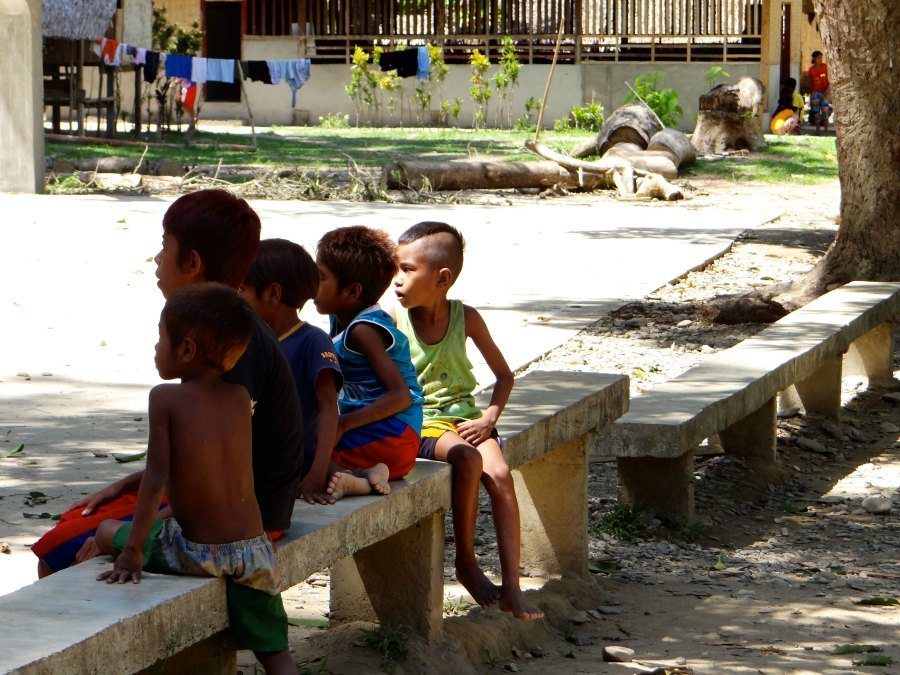 You’ll learn a thing or two about survival

One thing I noticed was that the majority of people were dressed in typical clothes I’d see on any given day in the states: t-shirts, jeans, dresses and flip flops. Some of the older woman wore more traditional garb and walked around topless but for the most part, modern clothes were worn. I asked the chieftain when people (in this case, men) stopped wearing loin cloths everyday and opted for western wear. He explained that his began when tourists started visiting. He didn’t really divulge more than that but I have mixed feelings about it. On one hand, I don’t think they should change their culture to make tourists feel more at ease but on the other, I see modernity as a plus. 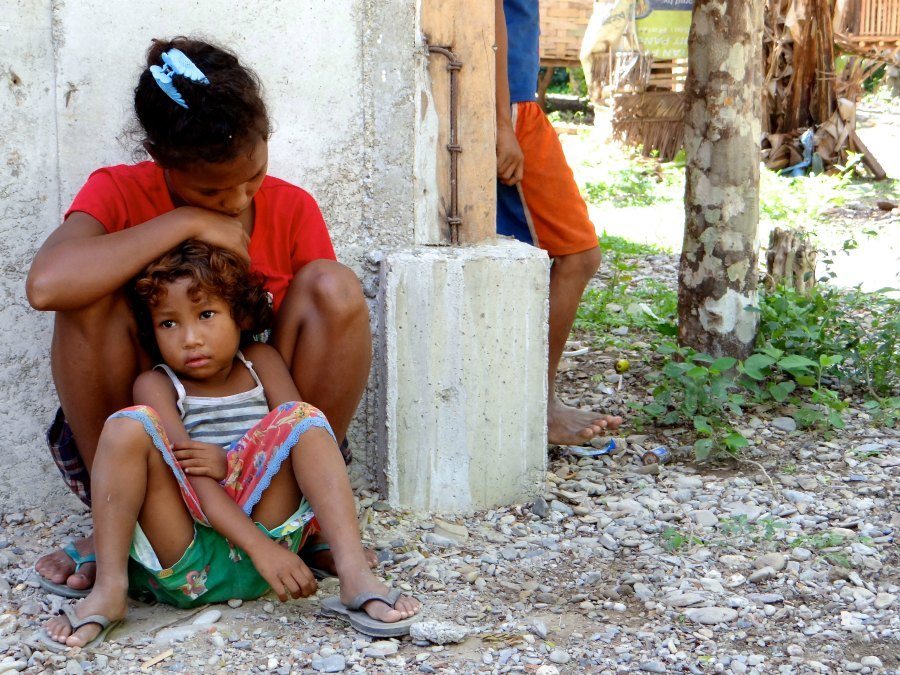 Technology and tradition can work together

Another new aspect of life for the Batak community is electricity. They also rely on solar power. Our guide pointed out a few of the recent developments, including toilets, during our tour. It was encouraging to see these advancements, especially considering that the Batak are what some people refer to as a “disappearing people.” Malnourishment, low birth rates and high infant mortality contribute to their low numbers. As a result of illness a few years ago, the tribe relocated closer to the main city so that medical care was more accessible. That being said, I’m hopeful that technology will better the community while not taking away from the traditions that make them unique. 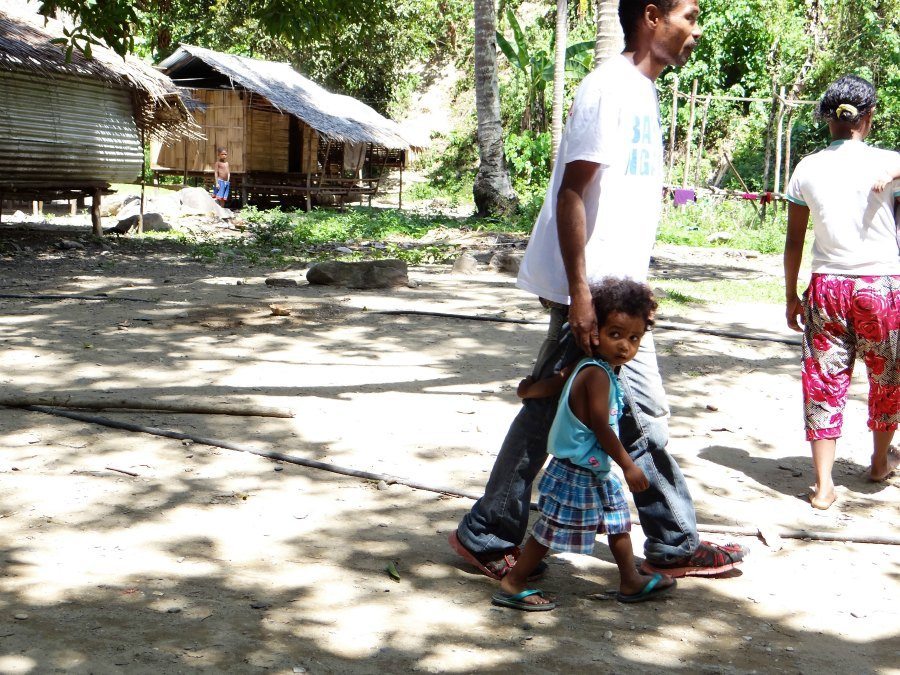 There’s nothing wrong with a little exercise and even though this is an easy trek by my standards, you’ll undoubtedly swelter under the sun. Be prepared and bring plenty of water and sunscreen. For those who end up booking this trip, the Batak trek is one of the highlights of the tour. Just as a bit of background, most, if not all of Intrepid Travel tours incorporate some aspect of local culture into the itinerary. I know this from first hand experience, as I participated on a tour before my travel writing days.  For that reason, I wasn’t surprised at all that this was part of our schedule. In fact, I looked forward to it and so should you! 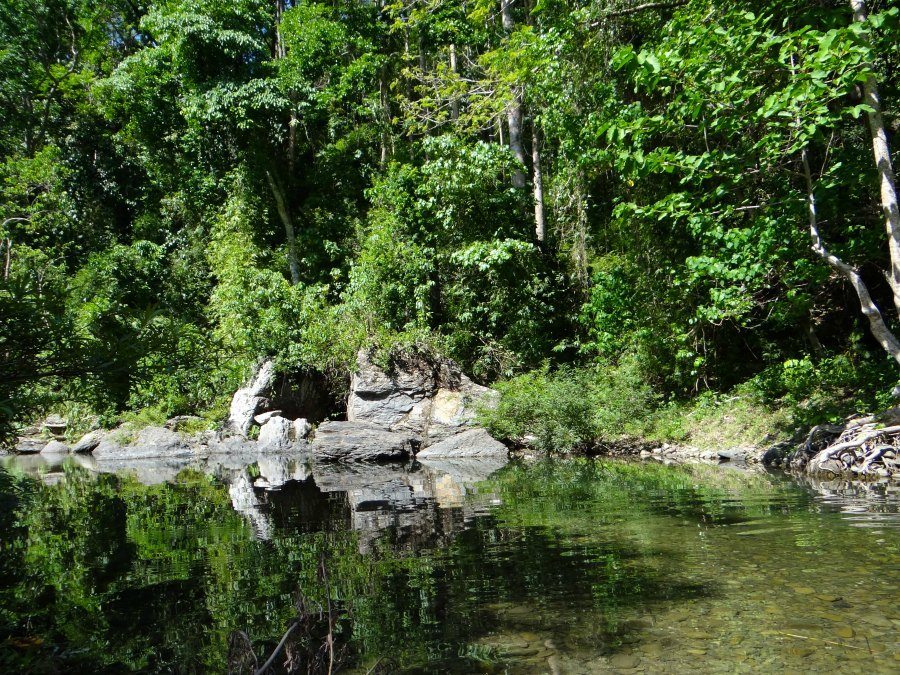 What was the most memorable trek you’ve taken? Tell me in the comments below!

This trip was hosted by Intrepid Travel. All opinions are my own.