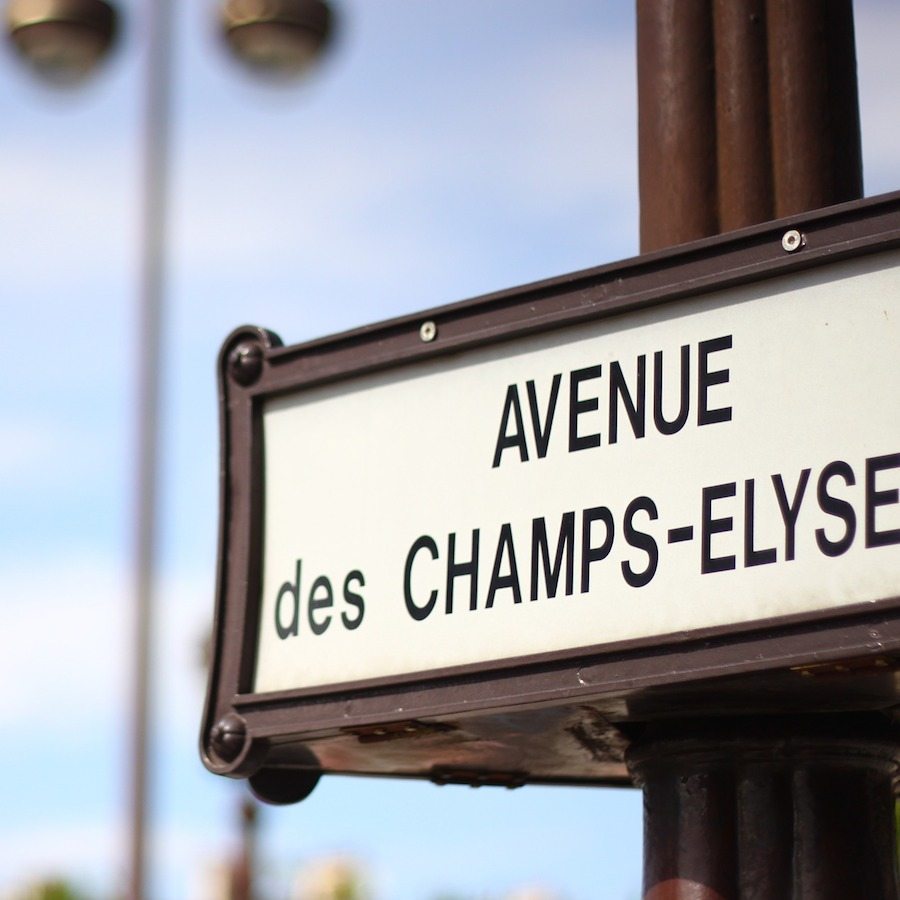 As a professional travel blogger, I’ve stayed at hotels at both ends of the spectrum: from humble hostels to luxury high-rises. Still, there are some cities where I find it more appealing to rent a home rather than a hotel. From romantic cities like Paris and Buenos Aires to hipster havens like Berlin….

Here are 8 cities where hotels just don’t cut it 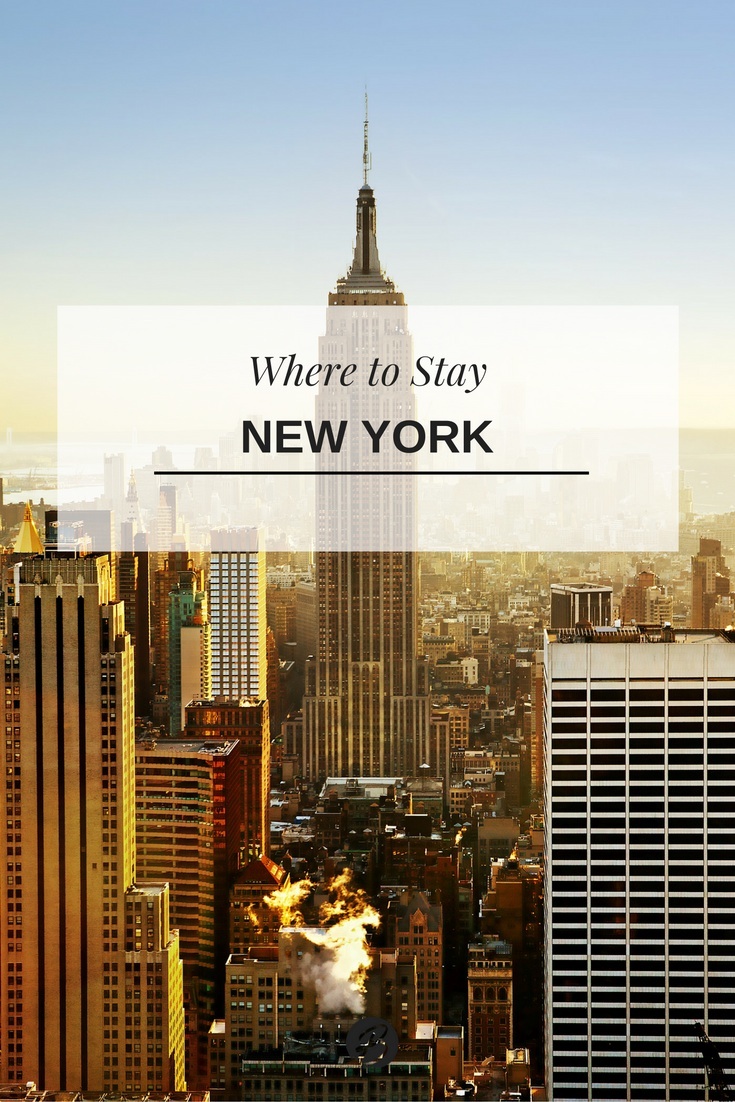 Let’s start with my city! After living here for 5+ years, then leaving for two, I’m officially back in my favorite city in the world. While there are some amazing hotels here, most are expensive and will cramp your travel style. Plus, if you visit during “big” events like Fashion Week or pre-holidays, prices are even steeper. Instead of splurging on a tiny hotel room, invest in a home rental in the neighborhood of your choice. If you want the “walk-up” experience, look at downtown hoods like Nolita or the Lower East Side. For something more spacious, broaden your search to Bushwick or Long Island City. Best of all, New York is super well connected so no matter where you stay, you’ll likely reach Manhattan in 30-minutes or less. 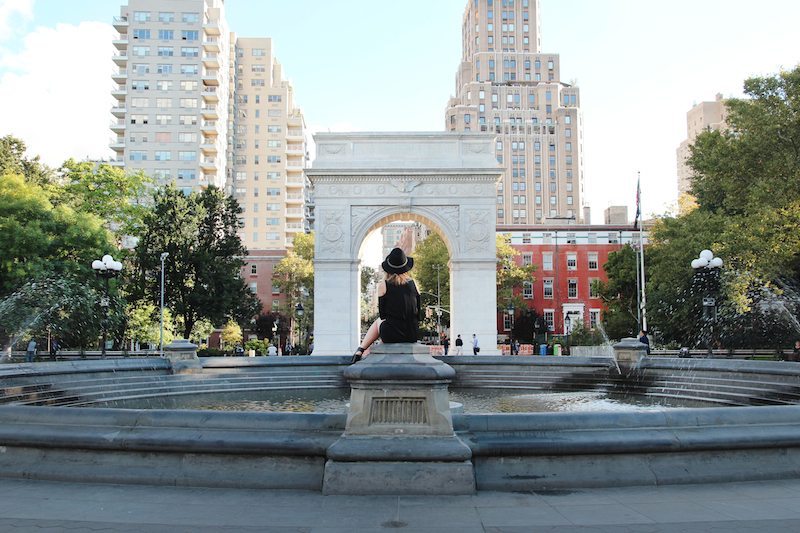 Next up is Berlin, a city that feels like home every time I’m there. Unlike other European capitals, Berlin is still fairly affordable. Everything from hotels and home-stays to street food and cocktails are cheaper than say, Paris or London. Truth be told, there are some really cool luxury hotels and hostels here—Circus and 25h to name a few—but I’d still suggest staying at a rental. As a neighborhood-obsessed traveler, Berlin is a dream destination and you’ll want to feel like a local whether you’re in town for a whirlwind weekend or an entire month. My personal favorite neighborhood is hipster hangout Friedrichshain, followed by trendy Prenzlauer Berg. Similar to New York, getting around is easy, whether by foot, bike or train. 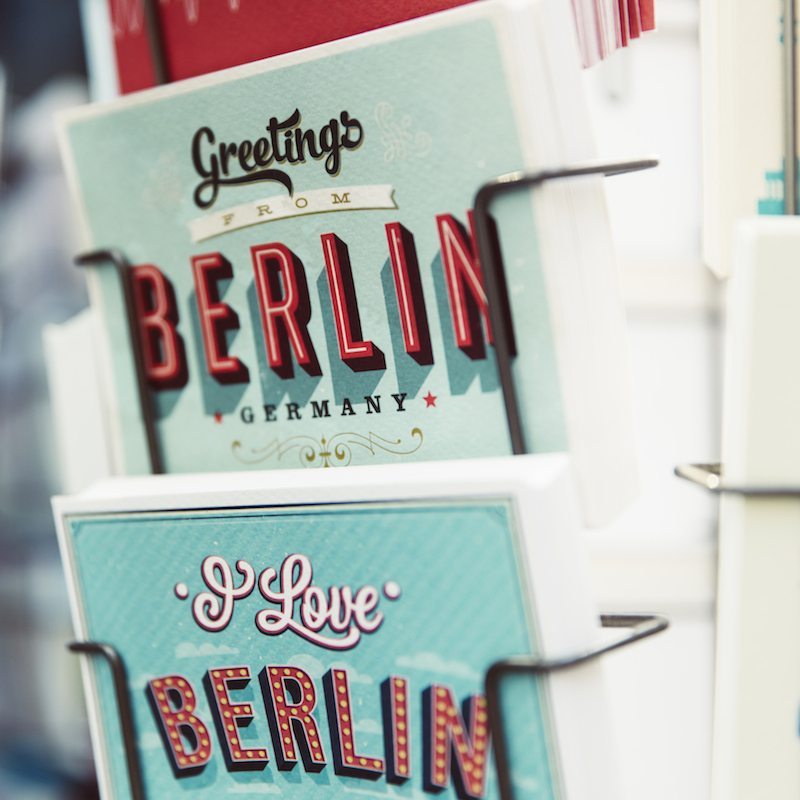 Hong Kong might be home to some pretty fancy skyscraper hotels but I much prefer staying at a home rental. To be fair, I lived in Hong Kong for about 6 months so hotels didn’t really make sense for me. That said, I just visited for two weeks this past month and I still opted for a rental. With the exception of public transportation and taxis, Hong Kong is a really expensive city and more often than not, you’ll find a great deal on a rental without sacrificing your location. If you’re in town for a few days, I’d recommend looking for flats in Hong Kong Island, particularly Central or Sheung Wan. Alternatively, snatch up a place across the water in Kowloon. Apartments are small but that’s the local way! 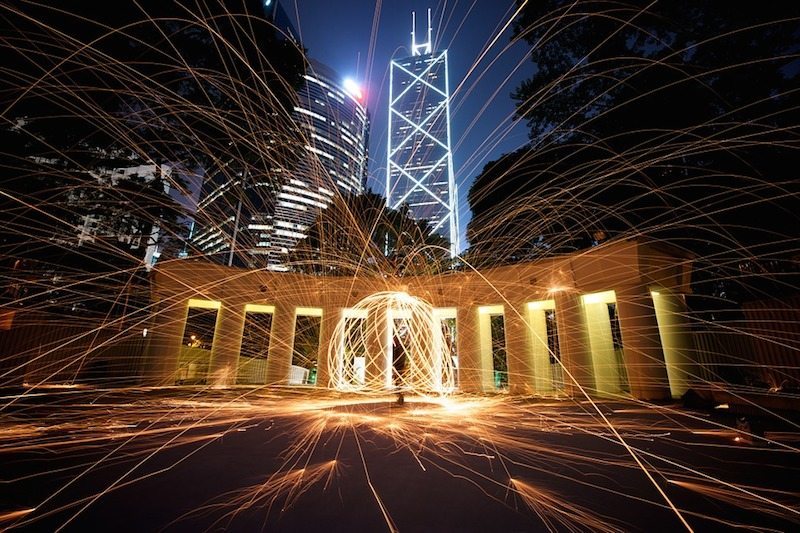 Ahh, Paris! How I miss you! Up until two years ago, when I jetted to Paris to celebrate my 28th birthday, I had always stayed at hotels rather than renting a flat. Having had the experience of staying at a Parisian home, I don’t think I would do it any other way. For one, many hotels don’t allow guests access to the famous balconies you see on nearly every Paris apartment building. Of course, I understand that it’s a fire hazard and hotels need to ensure safety measures but this was a deal-breaker for me. Staying at a flat gave me full-access to the main balcony (yes, we got lucky with the space!) and from the bathroom window, we had a spectacular view of the Eiffel Tower. Très belle! 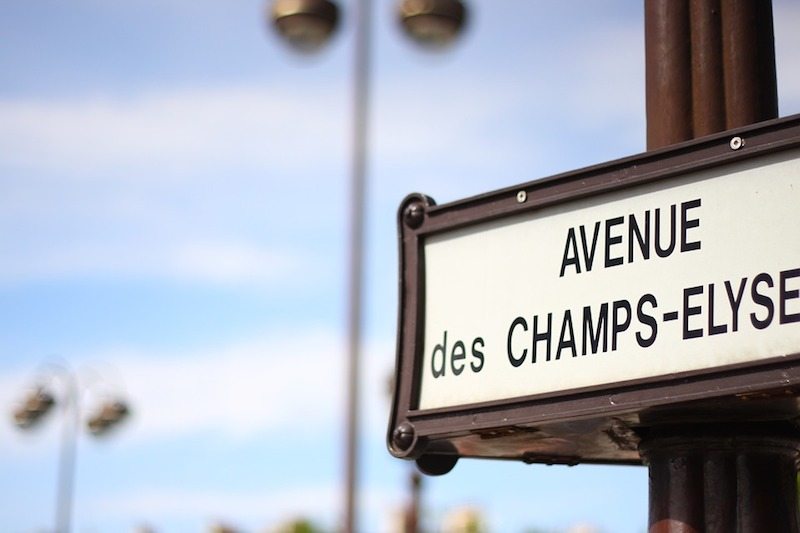 With a nickname of “Paris of South America,” staying at a home rental in Buenos Aires is a smart choice. For my first trip to Argentina, my friend and I booked a hotel. This was back in the day when home rentals weren’t really a thing. Our hotel was fine but it lacked a “sense of place” that I was hoping for. Like many of the other cities on this list, Buenos Aires has some remarkable and romantic neighborhoods, each with its own unique charm. I really like Palermo Soho, which is a posh part of town but a hub for dining out, shopping and wandering through nearby parks. Another great area is the Recoleta (pictured below), which looks very similar to Paris in terms of architecture. 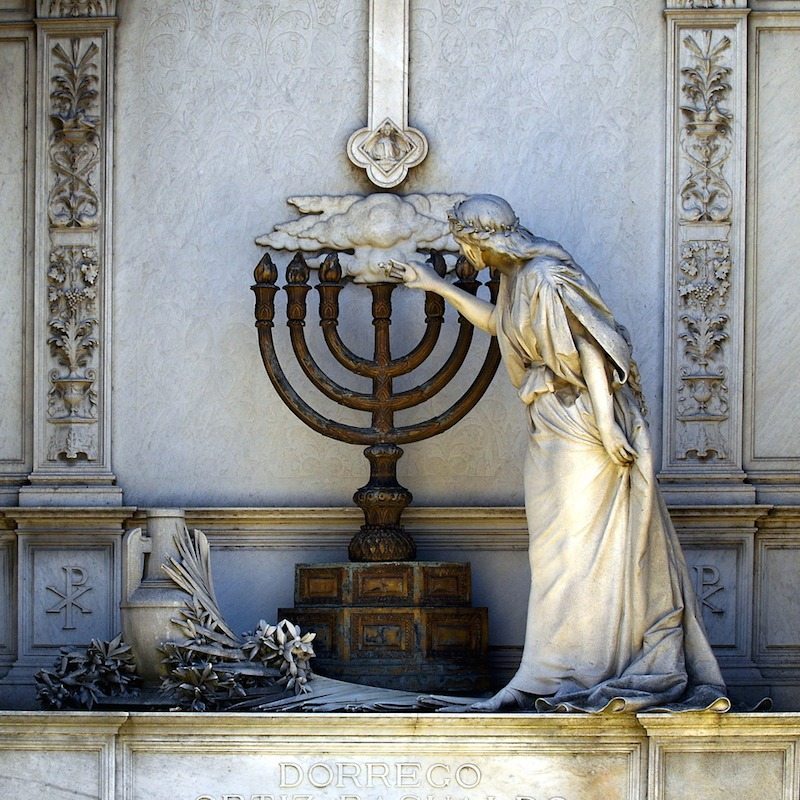 Portland is one of the coolest cities I’ve been to and for that reason alone, home rentals are the way to go. Sure, there are some really quirky and off-beat hotels too but there’s something so appealing about feeling one with the hipsters. Even if you’re in town for a long weekend, you can still have an immersive experience. In fact, don’t just rent an apartment; rent a bike, too! I signed up for a bike ride that took me through some of the city’s most popular neighborhoods plus a few under appreciated ones. Portland also has an amazing farm-to-table scene thanks to lots nearby farms and creative chefs. You can even stock up on fresh produce at the Portland Farmers Market at Portland State University and pack a picnic. 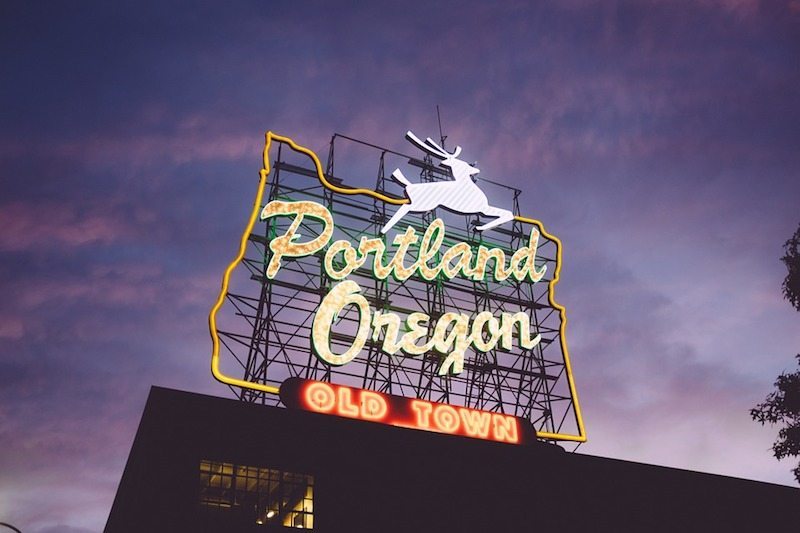 Like New York and Hong Kong, London is a city that I did actually call home. I lived here back in 2008, where I juggled classes and a fashion gig and while I spent much of my day going from one to the other, it was easy and well-worth the commute. During my last trip to London, I stayed at the trendy Hoxton in Holborn and while the lobby level is super hip and a perfect place to co-work by day, the rooms themselves are fairly small (even for European standards). So, if you’re looking for more space on the same budget as a high-end hotel, you’re better off looking for a flat. Zones 1 and 2 are ideal in terms of location but the Tube is very well-connected so don’t rule out a flat in Zone 3, especially if you’re in town for a week or more. 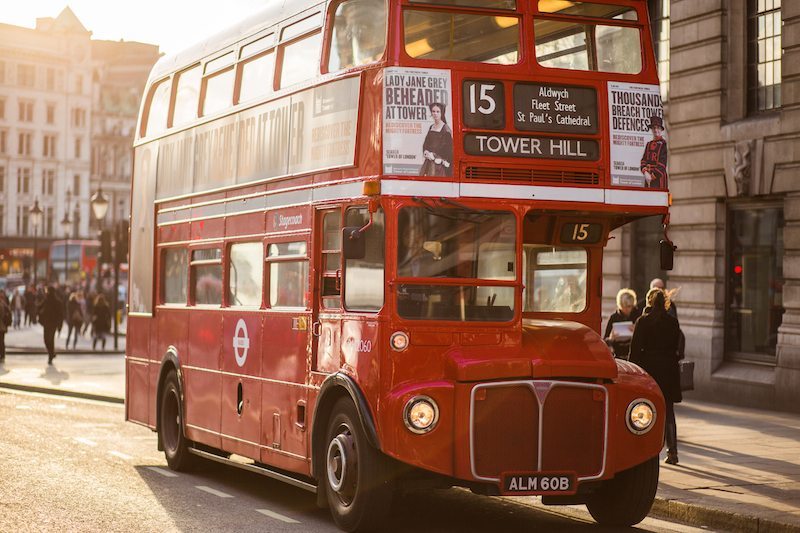 Truth be told, I haven’t been to Sydney myself. Still, it’s worth adding to this list. Many of my good friends now living in Hong Kong are from Sydney and based on their experience, home stays make more sense than paying for a hotel. From a traveler standpoint, especially one coming all the way from the United States, I’d likely stay in Australia for a few weeks, exploring one neighborhood at a time. From that standpoint, hotels will be too pricy. As far as neighborhoods go, I’d suggest Avalon if you’re a beach bum and Clovelly if you have a flair for all things old-fashioned. From what I hear, Sydney is a city that can be anything you want it to be—whether fast-paced or low-key—so make it your own. 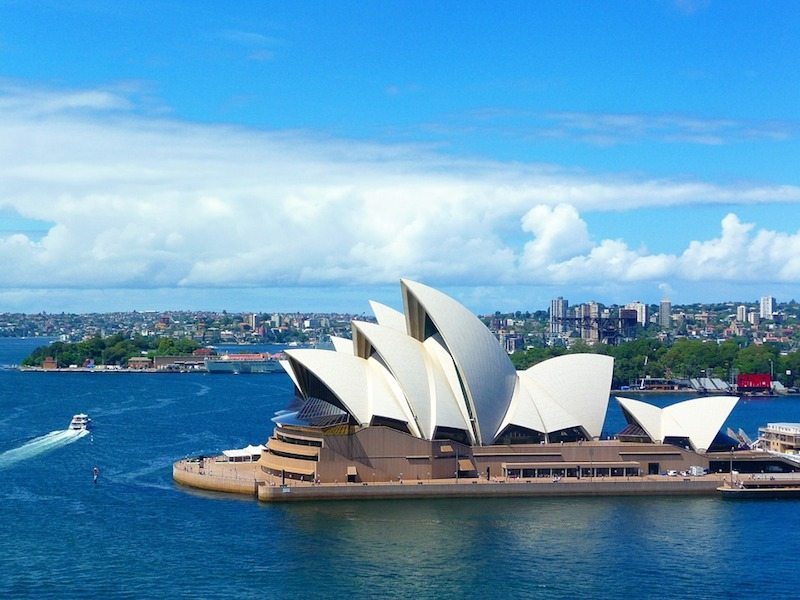 What city would YOU add to this list? Tell me in the comments below!