5 Reasons To Visit The Islamic Republic of Mauritania 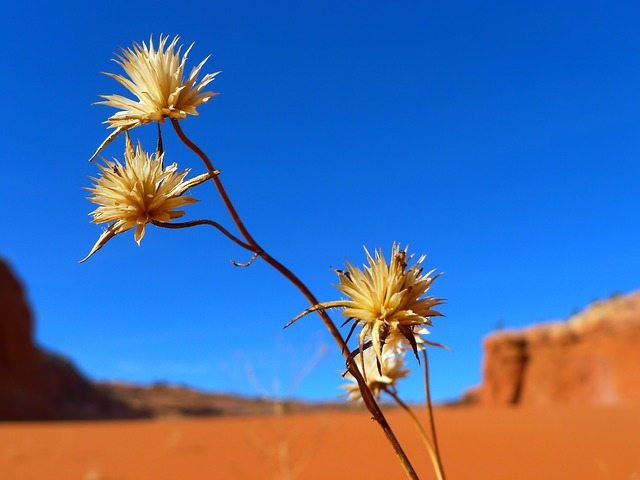 This is a guest post from Will Wolf, who runs Wills Blog Of Travel And Life.

The Islamic Republic of Mauritania–neatly sandwiched between Morocco, Mali, Algeria, Senegal, and the sweep of the Atlantic Ocean–is not one frequented by many travelers, and honestly, why should it be?

Covered mostly by desert, with the vast majority of women exposing only their eyes, and no particular nightlife to speak of (unless you have friends working at a foreign embassy, alcohol is essentially unattainable), one might think that Mauritania does not have much to offer.  On the contrary, the relative desolation, simplicity, and lack of tourism (which, let’s be honest, often has some pretty negative effects) leaves behind an endlessly warm people, a rather unique culture, and really, a few pretty cool things to do.

So, if you ever find yourself in the area–whether as an expat musician living in Dakar, a foreign exchange student learning Arabic in Casablanca, or you’re simply just making a long, epic, and ever-encouraged overland route from mainland Europe down the enchanting coast of Western Africa–here’s 5 things not to miss when traveling The Islamic Republic of Mauritania.

Just below Morocco, in an area unnervingly marked by dashed-lines on the map, one finds Western Sahara: a mostly barren, not-quite-autonomous nothingness–governed unofficially by the Saharawi people and covered in desert. Roughly a decade ago, travelers crossing Western Sahara were forced to improvise, driving along the beach (but only at low tide), and digging their car out of the sand every half-kilometer. Now, thanks to a recently-built and beautifully-paved highway, one can make the journey with a bit less hassle, and with far more mental energy to take in the sights: looming, creamy dunes on one side of the road, and elegant, swerving, Atlantic-carved cliffs on the other.

Once over the Western Saharan border, but not yet at the Mauritanian frontier, one finds themselves in two kilometers of “no-man’s-land”: an unpaved stretch of sand and rocks, maintained by neither Moroccan nor Mauritanian authorities, which, in addition to linking the two borders, serves dually as a graveyard for used refrigerators. Furthermore, if your adrenaline wasn’t pumping enough already, “no-man’s-land” also contains the remnants of a live minefield, left behind from a not-so-distant territory dispute.  But fear not: just follow the tire tracks left by previous bush taxis, Moroccan merchants, and Europe-to-Africa overlanders, and you’re sure to arrive on the Mauritanian side in one piece.

So, when coming from Morocco, make sure to cross into Mauritania by way of Western Sahara. Because the road trip is as gorgeous as it is exciting, and planes are bad for the environment.

Once over the Mauritanian border, one quickly finds themselves in the city of Nouadhibou, an admittedly bleak, ruinous locale of donkey carts, dead fish, and the odd street-roaming camel. After a day or two in Nouadhibou, one is quickly ready to leave, and there is simply no better way than taking the iron ore train to Choum.

This train, which transports iron ore in the Choum to Nouadhibou direction, measures roughly three kilometers in length (yes, the train itself), making it one of the longest and heaviest in the world. In the opposite direction, when leaving Nouadhibou, the metal ore cars are empty: one can ride in these cars, free of charge, lying on a backpack propped up against an inner wall, dashing through the desert and a starry Saharan night, sharing tea and tagine with the locals along for the same ride as yourself.  Sand does, predictably, invade every bodily orifice imaginable, but hey–it’s all part of the experience.

If riding in an empty metal wagon for 16 hours isn’t your thing, the train does in fact boast one singular passenger car.  However, the seats, which now command a small fare, are feverishly contested by Mauritanians, who scramble through the empty windows and tackle one another through the doorway as the train pulls up to the station, in order to actually get the spot for which they paid.

But really: we’ve all ridden in a passenger car before, yea?  Riding ore-car, with a turban amateurishly wrapped around your head to keep out the dust, under the starry blanket of a desert midnight, is most advised. The iron ore train to Choum–a truly unique experience not to be missed.

3) Ride Camels in the Desert

So, we’ve just taken the train, and we’ve arrived–covered, abused, and utterly victimized by dust and sand–in the tiny town of Choum. What now?

From Choum, one quickly hops in the rear bed of one of the several pick-up trucks awaiting alongside the train tracks, makes the several-hour journey to Atar, subsequently hunts down a Chinguetti-bound bush taxi, and once there, finds themselves at the foot of another vast expanse of Sahara–frothy hills of rolling, amber sand, as far as the eye can see.

And what do we do with all this desert, you ask?  We ride camels through it.

In Chinguetti, one can pay a guide–any local with a few camels that knows the desert, really–and traverse the sand for as many days as your ouguiyas (Mauritanian currency) will allow. The tea doesn’t end, the dunes don’t end, and besides it being a tad accosting to the, ahem, “inner-thigh region,” riding a camel is really good fun. Yet another unique experience, and after taking the train there in the first place, it is a unique experience well-deserved.

After your camel trek, and with some time to kill, Chinguetti boasts a seriously impressive “Old City”: a crumbling, sandstone village, with several antiquated mosques, and a fair few libraries as well. The town has that Jerusalem-type look, and with a sinking orange sun painting the falling walls and crusted doorways, it’s nothing short of gorgeous.

The Old City in Chinguetti: even without the camel trek, it’s still probably worth the train out to the desert, if only for a long, sunset stroll through its twisting mystique.

Once off the train, out of the desert, on and off a few bush taxis and back in civilization, one finds themselves in Nouakchott–the nation’s capital, and home to a sizeable portion of Mauritania’s population.  While slightly more scenic than Nouadhibou, Nouakchott is no Paris, and with the absence of alcohol, the best thing to do is find yourself a hookah, and share it with some Mauritanians.

With a country mostly covered by desert, with few real cities and few real industries, Mauritanians are left to a simpler form of life, and what results, in fact, is an endlessly kind, open, and welcoming people, eager to share their stories with you, and hear some of your own. With a moderate command of French (or, if you’re really motivated, the more widely-spoken Hassini), one is able to experience the real treat of the country, which, like in most of West Africa, is the people.

So, when hanging in the nation’s capital, or really anywhere in the country, take some time, hookah or not, to befriend some Mauritanians. Talk about life, talk about travel, or talk about camels, if you must. Regardless of your choice of conversation, simply don’t miss a chance to experience Mauritania’s real treasure: Mauritanians themselves.

So, if ever in the region, or just wanting to try out a different, less-visited part of the world, give Mauritania a serious thought: the Western Saharan border, the iron ore train to Choum, camels through the desert, a sunset in Chinguetti’s Old City, and a chat over hookah with some Mauritanians all included.

Will is a 23-year-old from Philadelphia, currently 13 months into his ~26 month round-the-world, having so far spent time in East Africa, South America, Scandinavia, briefly Western Europe, and now West Africa–Mauritania certainly included. He now writes from Kankan, Guinea, where he is grounded for a while doing some teaching, and will continue through Central and Southeast Asia before concluding his trip. Follow his stories, thoughts and pictures here: WillsBlogOfTravelAndLife.