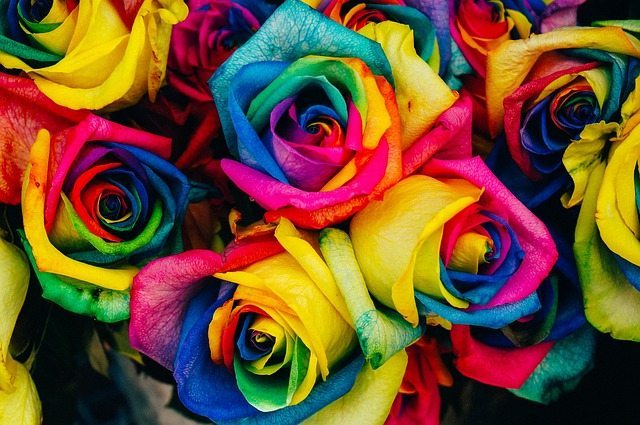 Earlier this month I traveled to Quito for a foodie-themed trip and while the cuisine was pretty delicious, I discovered that there is a lot more to this special city than the food on my plate. From well-preserved, colonial architecture and vibrant roses of every color of the rainbow to aboriginal dance performances and gritty street art, here are 5 alternative ways to tour Quito.

Like a few other cities I’ve visited in South America, the architecture in Quito greatly varies between the Old Town and the more modern parts of the city. Not surprisingly, some of the best examples of traditional colonial architecture are found in the historic Old Town and the Calle La Ronda neighborhood (also great for buying handcrafts!) If you’re really interested in colonial architecture, make sure to pay a visit to the National Museum of Colonial Art and the Guayasamin Museum, which is dedicated to artist Oswaldo Guayasamin.

Since the historical center is one of the largest and most well-preserved historic centers in Latin America, it really does feel like you’ve traveled back in time. Plus, Quito has earned UNESCO World Heritage status, with top attractions including the monasteries of San Francisco and Santo Domingo, not to mention a series of rectangular squares open to the public. As for the houses in the Old Town, many of them showcase old Spanish or Moorish architectural styles. 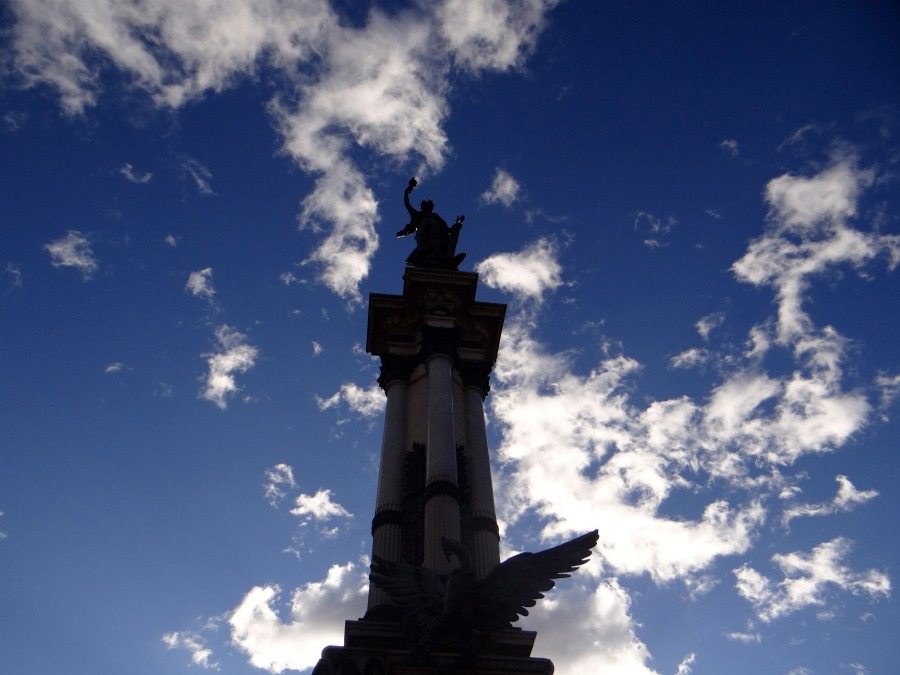 I felt like I was eating throughout my entire trip to Quito and in all honesty, that’s a pretty fair estimate. In fact, I don’t think I was hungry at any point during my four day visit so you can imagine how difficult it was leaving the city and heading back on the plane. Ecuador’s geographical location plays a large role in the city’s culinary culture. Surrounded by both the Andes Mountains and the lush rainforest creates a diverse ecosystem that in turn, becomes a perfect environment to grow and raise produce.

Another interesting facet of Quito’s cuisine is the blend of traditional herbs and spices with innovative trends and techniques. In terms of restaurants, I recommend splurging on a few upscale spots like modern Zazu or the chic Plaza Grande restaurant located within the hotel and then hitting up a few of the local food markets. You’ll find everything from regular grocery items to full-on entrees of ceviche, locro and other Ecuadorian comfort foods packed with flavor. There are even little stools there where customers can have a mini meal on-the-go. 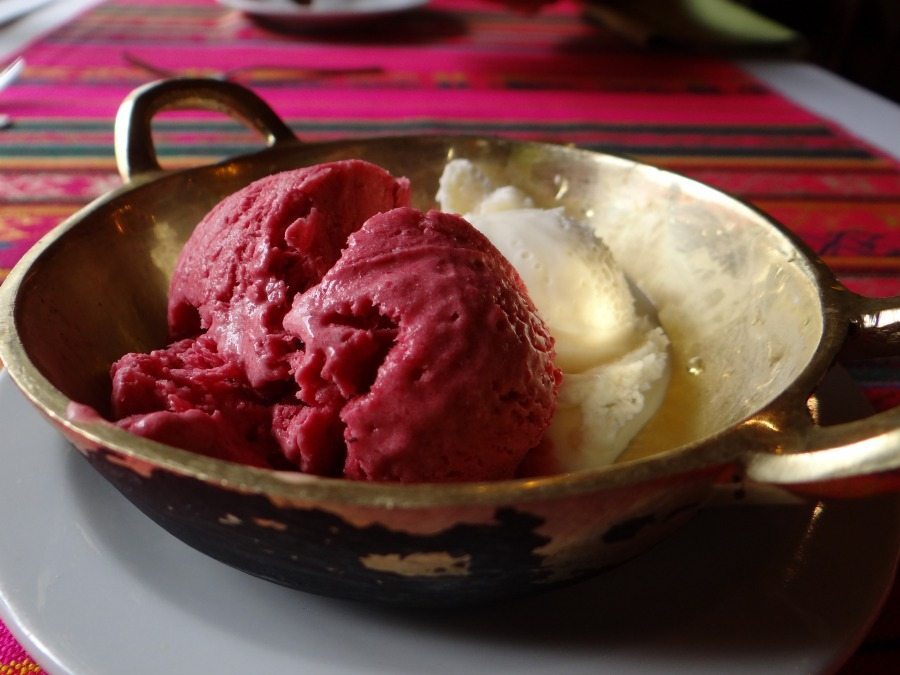 One of the most enjoyable activities during my time in Quito was getting to see not one but two impromptu dance performances. The first one took place in the Old Town, near our cozy boutique hotel, La Casona de la Ronda. I believe it was a Saturday and after asking a few locals, I learned that this happens most nights…or at least, most weekend nights. The men and woman performed a set of three dances and the starlit sky and full moon served as the perfect backdrop. Plus, it gave me a chance to practice my Spanish with the performers.

On my last day, I took a day-long excursion on an old train that made several stops. When we stopped in Machachi we were greeted with a group of young girls and boys who performed for about fifteen minutes. During their last song, I was invited to join in the dance! Many times when I travel I feel like I’m merely an observer but in this very moment I felt like I was right in the heart of the action; like there was no division between local and tourist. Dancing has always been a passion of mine and I’m so happy that I had the chance to learn some new steps. 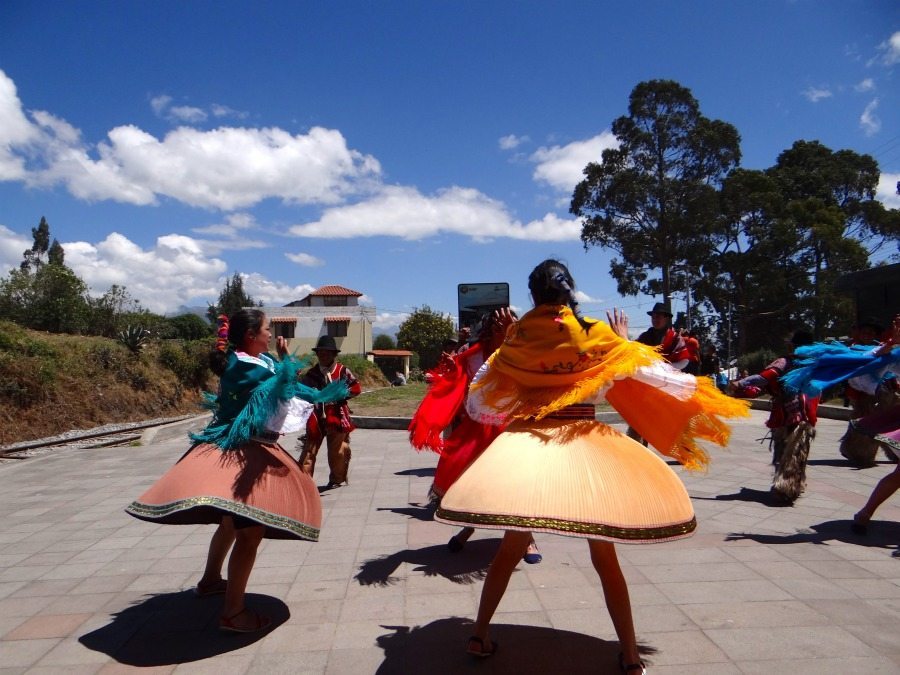 Quito is home to a number of renowned contemporary art galleries and there are also plenty of street art and artists to fill in the gaps. In addition to the Guayasamin Museum mentioned above, other equally impressive museums include MarsuArte and The Quito Contemporary Art Center. I recommend visiting at least one museum if you can squeeze it in because from my experience, it helps one get their bearings on a new destination while also shedding insight into the traditions that make each destination unique. In the case of Quito, I enjoyed viewing work from some of the most well-known Ecuadorian artists.

In terms of street art, there is plenty of it and on most occasions, I found murals without seeking them out. After a bit of research post-trip, I learned that the Guapulo neighborhood near Bosque Protegido Lumbini park is a prime spot for spotting new work. There are also a lot of pieces in North Quito. Just a note about Quito’s layout—the city is built mostly from north to south rather than east to west, which is largely due to the surrounding terrain. If you take a look at Quito on the map you’ll see that it’s a very thinly laid out city. 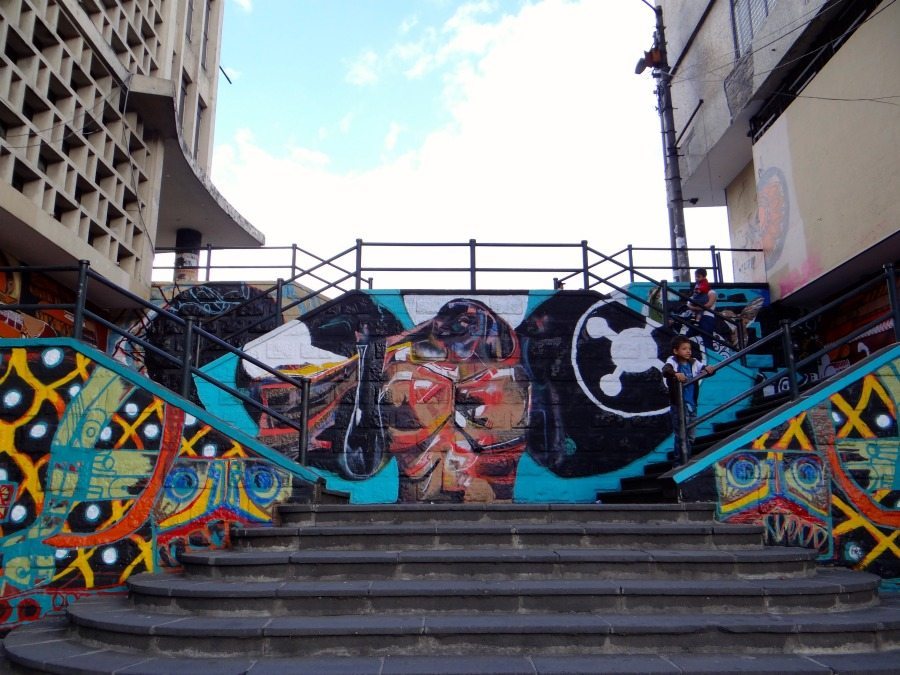 If you’ve ever been given a dozen roses from Ecuador, you know what I’m talking about. I didn’t get a chance to visit any of the rose farms but I did stop by an impromptu rose exhibit set up in one of the main squares. I was blown away by all the colors, the rich scents and the softness of the pedals. Some artists even came in and created a Hummingbird made completely out of roses. Oh, and the prices are really good here. That’s to be expected I’m sure, especially since they are local, but I so wish they were more accessible in the US.

If you do plan on stopping by a farm while in town, Nevado Roses is a good option. They are a family-owned and operated company that has been in the industry since 1965. Besides producing some very exclusive rose varieties like the Red Intuition, the Pink Intuition and Gigi, they pay close attention to the environment and are FairTrade and Organic certified (I found that most local companies in Ecuador are very eco-friendly and conscious of the environment). Esmeralda Farms is another popular rose farm and also located close to Quito’s city center. 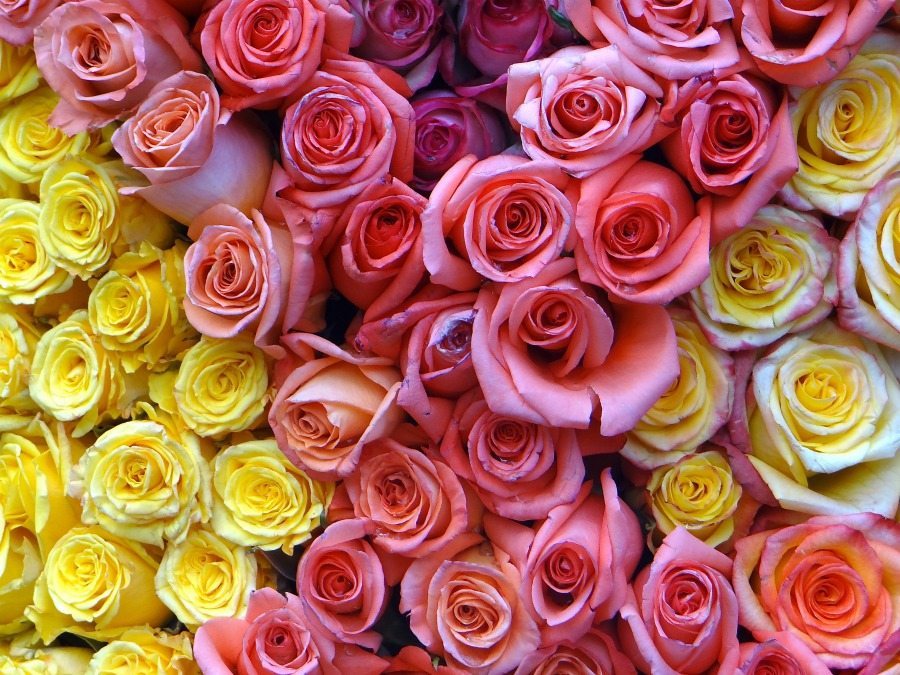 Have you visited Quito before? If so, what was your favorite thing about it? Tell me in the comments below!

This trip was hosted by Quito Tourism and Tartan Group. All opinions are my own.