5 Cultural Adventures to Take Near Newcastle 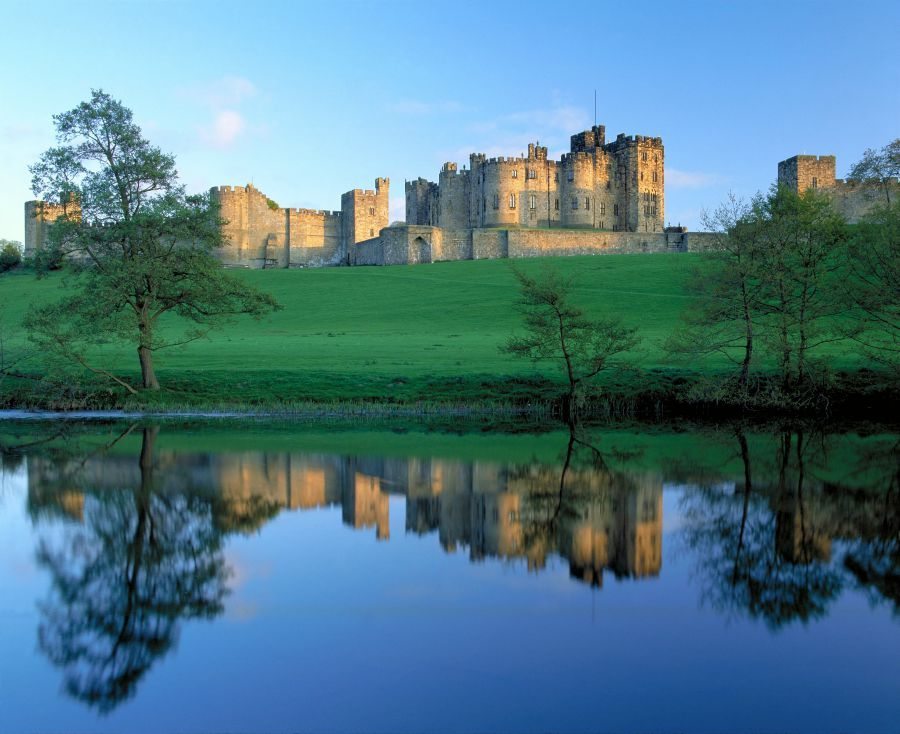 During my semester studying abroad in London, I took many weekend getaways throughout Europe. Yet, some of my favorite trips were the day excursions I took within the country. England is a treasure trove of quaint towns, impressive palaces and vibrant green landscape (one perk to all the rain)! Many travelers assume that London is the best spot for visiting nearby cities and towns, and in many ways that is true. However, for a more laid-back atmosphere, Newcastle is a great alternative. Here are 5 nearby cultural adventures you can take from Newcastle.

Is there anything more serene than a gorgeous lake? I think not. Located in the northwest corner of England, The Lake District National Park is comprised of valleys, mountains, small villages, picturesque coastline and, of course, lakes. There’s quite a lot to see and do here, so plan your trip wisely. Two stops I recommend are Ullswater, which is considered one of the most beautiful lakes in England, and Derwentwater for a stunning viewpoint from Friar’s Crag. Buttermere Valley is also quite beautiful, as it’s less crowded than other spots. Make sure to snap a photo of Scale Force. It’s the highest waterfall in the entire district. Grasmere village is a nice place to stop for lunch. If you’re a fan of markets, swing by the town of Keswick.

Did you know that you could see Roman ruins in the heart of England? Look no further than Hadrian’s Wall. The UNESCO World Heritage Site is well deserving of its tile. Beside an impressively well-preserved Roman wall, you’ll see reconstructed buildings and live archaeology at the museums. The Birdoswald Trail, located by the River Irthing, showcases remains of the Roman frontier. For something tranquil, opt for The Chesters Roman Trail (think bath houses and bridges). One perk of traveling to Hadrian’s Wall Country with a group is that there is something for every type of traveler. From archaeology and expansive landscapes to exotic wildlife and quirky pubs, there’s enough appeal here to please the entire group.

3) Cast a Spell at Alnwick Castle

Calling all Harry Potter (and Downton Abbey) fans! If you can’t make it to Edinburgh castle in Scotland, which is said to have been the inspiration for J.K. Rowling’s Hogwarts, this is the next best thing. Scenes from the first two movies were filmed here, along with plenty of other productions like Downton Abbey and Robin Hood Prince of Thieves. From strolling through decadent staterooms to dressing up in medieval finery, this is definitely the place to unleash your inner child. Looking for a great lunch spot with a view? Alnwick Garden, which is famous for its treehouse restaurant (also the largest of its kind in the world), is only a five-minute walk away. Here you’ll find Britain’s largest fountain and themed gardens.

Speaking of medieval times, York is another easy day trip from Newcastle. I don’t know about you but I still have moments when I wish I could time travel to the Middle Ages. Everything from the vibrant costumes to lively festivals, this period is fascinating no matter how you look at it. Although York has certainly modernized since then, it still feels like a city trapped in time. The best view is from the top of York Minster, so get ready for a steep climb. When you’re ready to do some shopping, head to The Shambles and browse through stores selling everything from traditional crafts to fresh desserts and handmade soaps. You’ll also notice the 14th century Tudor buildings there, too. When you need a break from walking, cruise along River Ouse on a YorkBoat.

Home to Durham Cathedral and Castle UNESCO World Heritage Site, there are also plenty of museums and galleries worth visiting. Start your day at the award-winning Beamish Museum that recreates life in Northern England during the early 1800s and 1900s. If you resonate more with interactive exhibits, the Beamish is a must. Another top museum in Durham is the Bowes Museum. Dating back more than 100 years, here’s where you’ll see the greatest North England’s best collection of European fine art. History buffs will appreciate Durham University Oriental Museum, as it’s entirely dedicated to archaeology of the Orient. Fancy a garden view? Try the Eggleston Hall Nursery and Gardens or Crook Hall Gardens.

*This post is brought to you by our sponsor Visit Britain via Cooperatize.