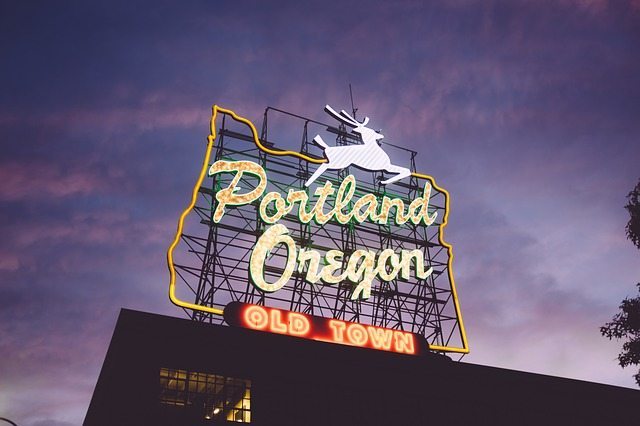 As I quickly learned upon landing in PDX, Portland is a city that is constantly innovating itself while never shedding its “weird” appeal. Personally, Portland has interested me because there is so much going on in terms of organic produce, farm-to-table cuisine and beer trends but that’s just scratching the surface compared to what I experienced while on the ground.

I discovered that Portland is also quite interesting in terms of architecture, neighborhoods and artisan crafts. Whether you’re in town for three days like I was or planning to extend your visit even longer, here are 5 bohemian ways to tour Portland. 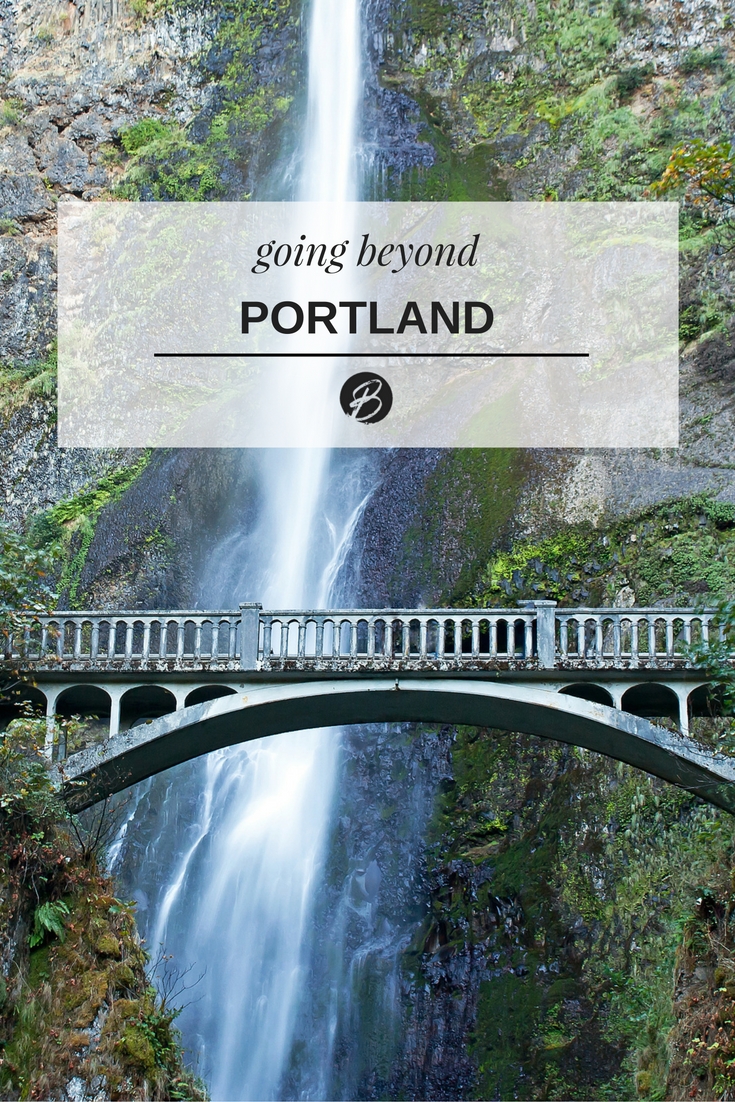 During our bike tour with Cycle Portland Bike Tours, our guide gave us a crash course into the local architecture by taking us to one of the city’s most famous double-decker Steel Bridge. Portland features every different type of bridge architecture and this particular one is among the only double lift telescoping bridges in the world.

In general, Portland is a very green city so naturally, it has become a leader in sustainable architecture as well. Several of the most prominent examples are within walking distance of Portland State University on the west side of town. Hotel Modera, KOIN Center, Portland Building and the US Marshal Department are all worth a picture. A few other highlights include the Rose Garden Arena, Ziba World Headquarters and the Oregon Convention Center. Even biking across the bridge to the east showcases different architectural styles.

In fact, next year (September, 2015) Portland’s newest bridge will open. It’s the first new bridge in over 40 years so this is pretty exciting. Recently named Tilikum Crossing, it will go from downtown to Southeast Portland and will be used for public transportation, cyclists and pedestrians. Sorry, cars, no room for you! Coined the “bridge of the people,” it’s another example of Portland’s sustainable planning. 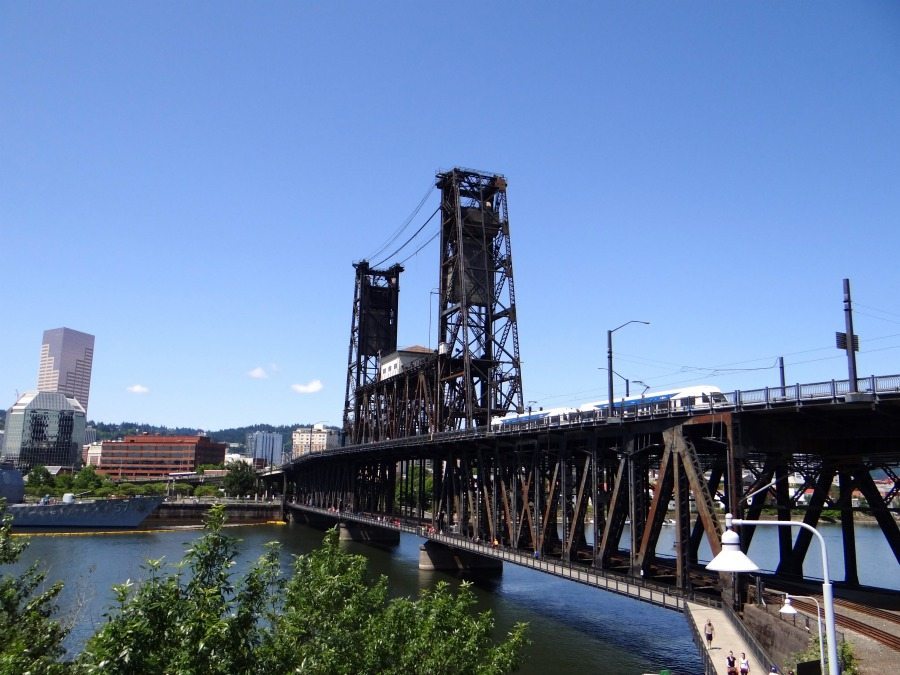 It seems like everyone is Portland is busy creating something and that was such a treat to experience during my stay. One of my favorite places to find artisan crafts was in Union Way, a collection of shops all housed under the same roof. I snapped this photo at WILL Leather Goods after admiring an array of colorful, leather wallets near the entrance.

I also popped into QUIN (mentioned again below) for some sugary samples. They are really great about selling products from other local companies. About two blocks away from Union Way is Powell’s Books, the largest independent used and new book shop in the world. One could easily spend an entire day here plan ample time to explore.

Alberta Street in the Alberta Arts District and Mississippi Avenue are other hotspots to eat, drink and shop the local way. There’s also some great street art here, so keep your eyes and ears open. 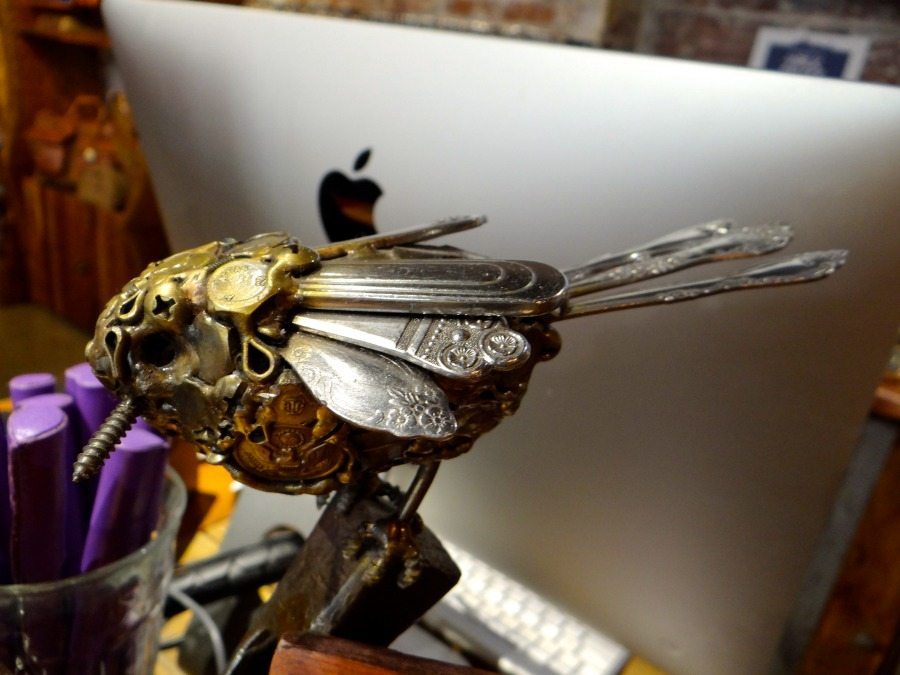 As of right now there are 53 breweries in Portland, with an estimate of 60 opening up by the end of 2014. In the greater Portland area, there are 106 breweries so there is a lot of variety when it comes to beer. Our group took a tour with Brewvana, a company that offers pretty awesome small-group brewery tours.

We started at Hopsworks to sample some organic beer before stopping by Commons Brewery and Cascade Brewering. Burnside Brew Company is also a local joint and if you’re venturing beyond Portland, definitely take in the fabulous view at Thunder Island Brewing.

In general, most of the breweries are located on the east side of Portland, mainly because there is more space so taking a tour really helps in terms of getting from one brewery to another. If you’re interested in sour beers, my favorites were at Cascade Brewering but in general, I enjoyed the beer at Commons Brewery the best. 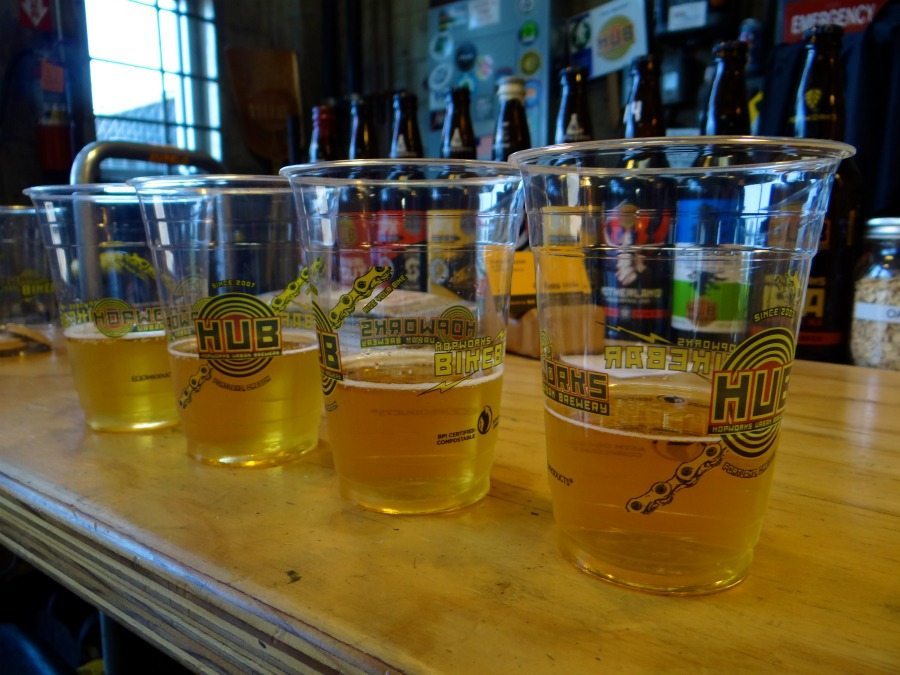 Portland is as laid-back as I imagined it to be and that was a refreshing change from many places I’ve visited. One of the aspects of Portland that I appreciate so much is the mix of urban and residential areas. If you walk through the Pearl District or Old Town Chinatown, you really get the feeling that you are living in a bustling city. Yet, just across the river on the east side, it feels much more family-friendly and bohemian.

Many of the beer gardens are located here, in addition to the Alberta Arts District, lively Mississippi Avenue and plenty of bars, restaurants and cafes. Another lifestyle trend I noticed was the importance placed upon fresh produce and Farmers Markets. There are a number of these markets including the Portland Farmers Market (the main one, located on the Portland State University (PSU) campus), the Hollywood Farmers Market and the Beaverton Farmers Market.

Another aspect of Portland living is getting out there and dipping your toes in adventure. Our group spent a day in and around the Columbia Gorge National Scenic Area. With more than 100 waterfalls adorning the cliffs on both sides of the Columbia River, countless hikes and breathtaking backdrops, it’s hard to believe that this is less than an hour’s drive from downtown Portland. 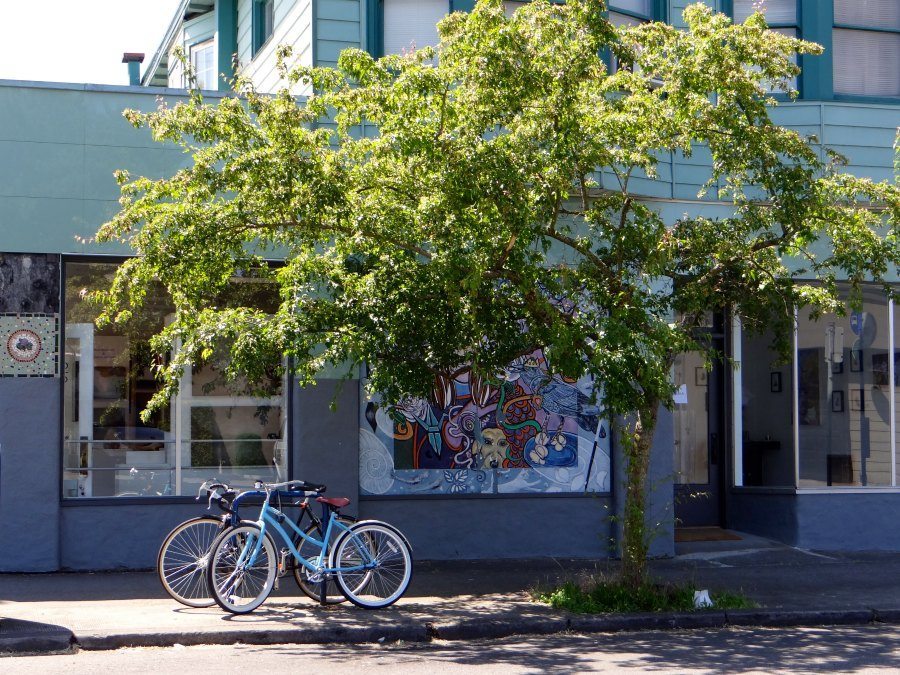 When it comes to desserts, let’s just say that Portland takes the cake. Voodoo Doughnut is a favorite among both locals and tourists and I highly highly going there to see (and taste) the funky flavors like Bacon Maple and crazy toppings like Oreos, Fruit Loops and vibrant-colored sprinkles. For better tasting donuts, Blue Star is delicious and surprisingly healthy, at least for a dessert. They make their donuts with a brioche recipe originated from the south of France, sustainable bread flower, Cage Free eggs and other local products.

For something to beat the summer hear, head to Salt & Straw for an array of fresh flavors with a kick. I ordered their Sea Salt Ice Cream with Caramel Ribbon. For a head-start on Happy Hour, try one of their rotating cocktail flavors like the Lemon Amaretto Sour Sherbet or Rhubarb Saffron in Champagne. Overall, Portland is definitely the place to indulge your sweet tooth.

For even more sweets, visit Ruby Jewel for ice cream and ice cream sandwiches, QUIN for artisan candy in Union Way, Lauretta Jean’s for pies, Two Tarts for tiny cookies, Petunia’s Pies & Pastries for vegan options, The Sugar Cube (formerly a food cart) for pastries and Saint Cupcake or Pix Patisseries for macaroons. The list really goes on and on but I’ll stop here. 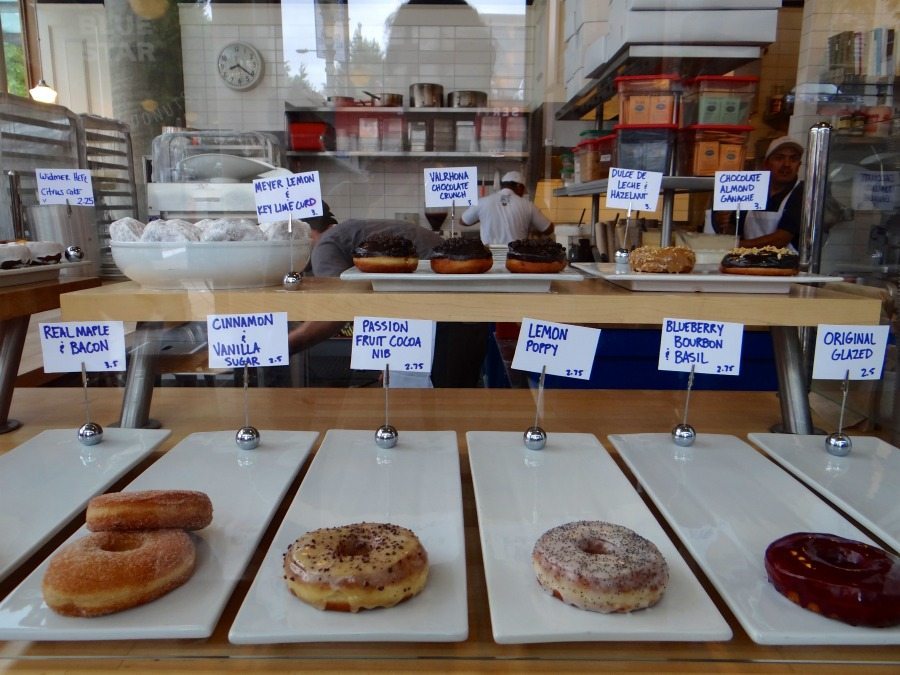 What bohemian city have you explored recently? Tell me in the comments below!

This trip was hosted by Travel Portland. All opinions are my own.