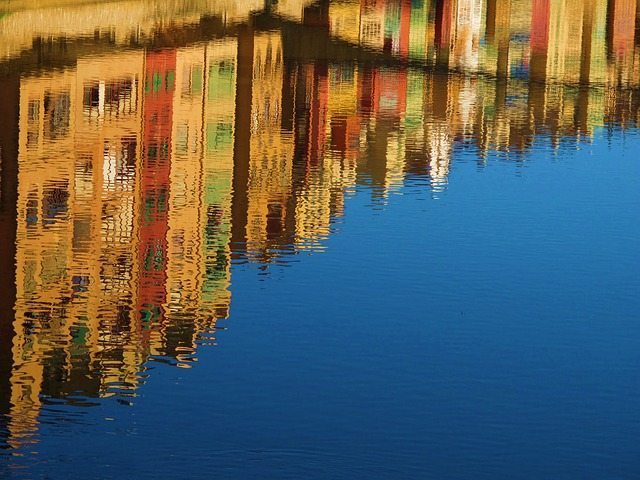 Heading to South America this fall? Whether planning a weekend getaway from hubs like Buenos Aires or Rio de Janeiro or saving up for a month long excursion, you’ll likely come across TAM Airlines during your flight hunt. The video below is not in English, but you’ll be able to get the gist simply by watching.

In terms of where TAM flies, the list is fairly extensive. If jetting off from the United States, you’ll need to depart from Miami, Orlando or New York City, either directly or via a layover. In case you need a little inspiration, here are my 5 favorite TAM destinations. What’s yours?

It’s been several years since my one and only trip to Cochabamba, Bolivia but it’s high on my list of South American cities. First off, the climate is near perfect. I visited during my winter (so summer there) and there was hardly any humidity in the air. As a curly-haired traveler, I appreciated that immensely. Make sure to take in the panoramic view from Cristo de la Concordia. You can even climb inside the statue, as I did. Definitely a photo-op!

It’s probably no shock that London makes my list. After living and working in the global city for about six months, I still consider London on of my homes. Great for travelers who are as neighborhood-obsessed as I am. If you’re worried about beating a bad exchange rate, consider staying at a home rental or hotel outside of Zones 1 and 2. The Tube is very well-connected and you’ll be able to save some money without wasting too much time heading into the city center.

It took me awhile to finally get to Toronto but when I did, I wondered why I took my sweet time. Great for anyone who loves shopping for vintage items or strolling in and out of independent art galleries. I visited in late November and it was already pretty chilly so if you’re not a huge fan of winter, plan a spring or summer trip. Most of the city is very walkable and there are no shortage of museums, bars and restaurants to keep you entertained for hours.

Santiago, Chile was my home for about two months and I loved every minute of it. The city has some really contrasting neighborhoods, especially in terms of architecture and the food isn’t bad either. Oh, and Pisco Sours! In my opinion, Santiago is one of those cities that takes a little getting used to and that’s a good thing. My first impression was that the city felt disjointed in terms of layout and landscape, but the more I explored, the more I grew to love that aspect.

My visit to Barcelona lasted less than 24 hours but the city left a big impression. Barcelona is a mix of two cultures: Spanish and Catalan and it’s interesting to see how the two co-exist. Plus, there’s a fantastic beach. Another great perk of staying a few days in Barcelona is easy access to Costa Brava. I took a train to Girona for TBEX a few years back and within an hour (give or take) I felt like I was worlds apart. It’s a quiet contrast to the big city.