5 Berlin Bike Trails for Every Interest 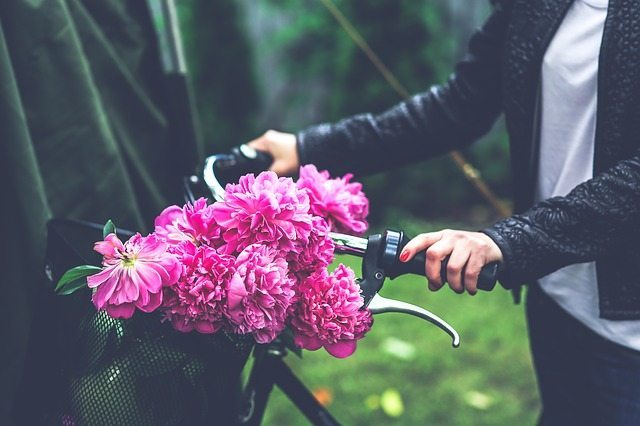 Berlin is one of those magnificent cities where biking becomes an art form. My first time there, about two years ago, I signed up for a few walking tours or simply wandered through the neighborhoods on my own. While this is certainly a great way to get a feel for local culture, biking does give a new perspective. Last month, I had the chance to take a guided tour with Berlin on Bike and in many ways it felt like I was touring a completely new city. I definitely became more aware of the architecture around me and by the end of our half-day tour, I’m pretty sure our group had crossed through four or five different neighborhoods.

Here are five bike trails for every interest. Keep in mind that many of the routes will intersect, thus giving you a tour of many of Berlin’s most popular and iconic neighborhoods. Happy trails!

Berlin is a city filled with green space, which may come in the form of a spacious park or a quiet courtyard. I would start in Mitte (literally means middle, or center) and make your way to Volkspark on the edge of Friedrichshain and Prenzlauer Berg. The tree-shaded park is open 24/7 and has playgrounds, tennis courts, a pond and a restaurant. Then I’d somehow weave along from East to West until you reach the Tiergarten (pictured below). Located in central Berlin, this is where you’ll find the zoo and a few cleverly hidden beer gardens. This is a huge park so biking really is the best way to see it all. If you’re been biking all day, watching the sun set along the river is the ultimate reward. Otherwise, just stop here for a picnic before heading back to your hotel. 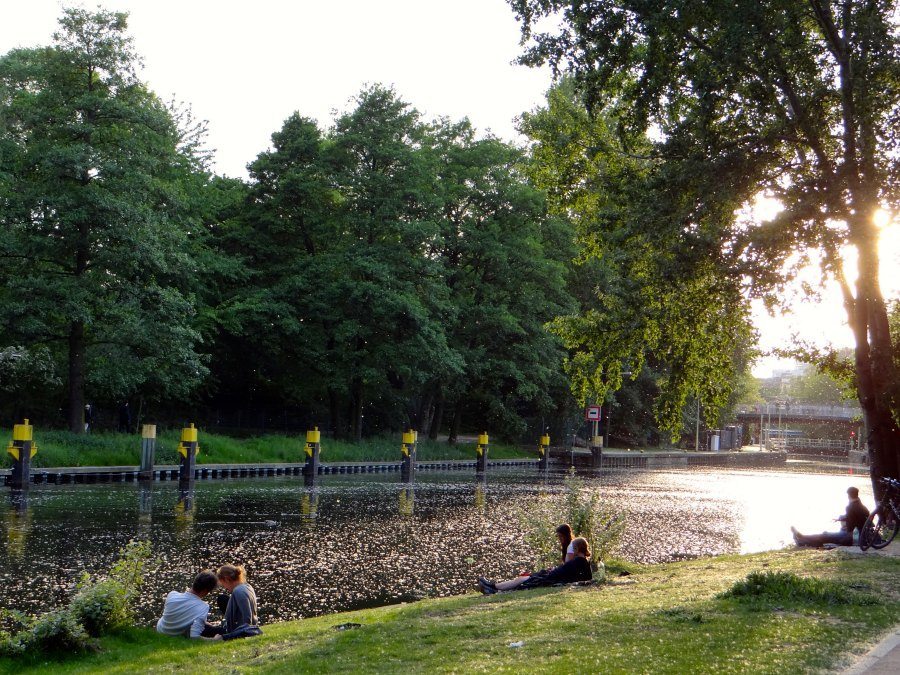 Berlin is one of the most fascinating cities when it comes to architecture and I didn’t quite realize this until seeing it from the bike lane. Prenzlauer Berg is one of the best examples of gentrification following the fall of the Berlin Wall. What once was a bohemian hangout for struggling artists is now a hotspot for Berlin’s trendiest residents. Because of the increase in rents, there are also a lot of families living here. Yet, if you look up at the buildings you can see that there are a few that haven’t been revamped, like the brown flat pictured below. From here, make your way to the Friedrichshain neighborhood where many of the buildings are modeled in East German architecture. On foot, I never noticed the contrasting styles. By bike, however, it is too obvious to ignore. 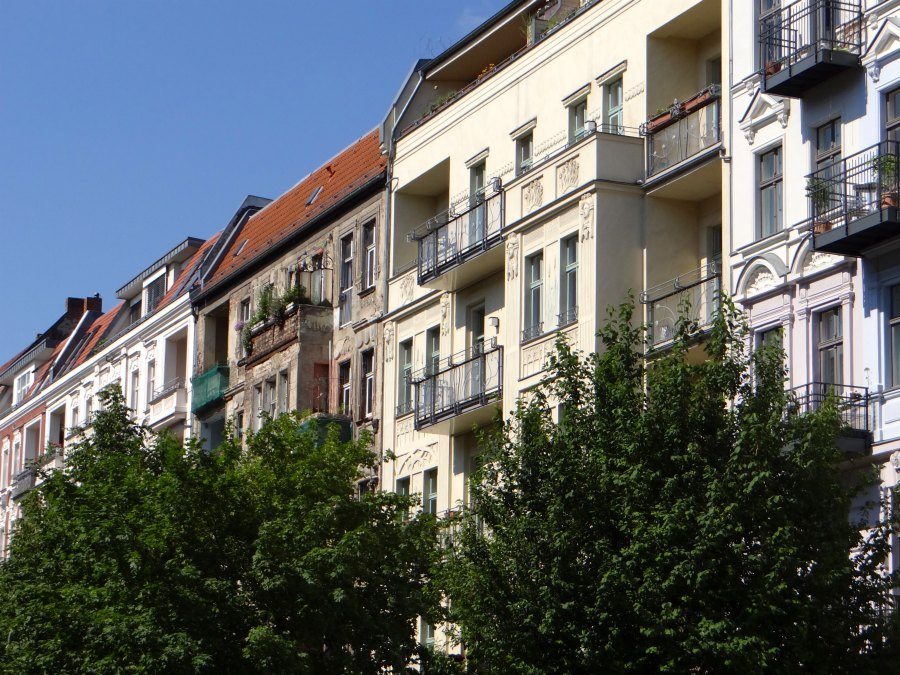 With gentrification came a whole lot of street art so pretty much anywhere you go in Berlin, you’re sure to stumble upon something that catches your eye. I even managed to a few of El Bocho’s “Little Lucy” graffitis. Kreuzberg is one of the areas most well-known for its street art. The famous Kreuzberg “Astronaut-Space Crusader” by Victor Ash, located near Kreuzberg’s Skalitzer Strasse, has become one of the city’s most iconic images. “Brothers” and ”Leviathan,” both work by Blu, are also here.  Depending on how much time you have, Friedrichshain is another neighborhood where street art reigns supreme. Although the infamous Tacheles is no longer open, I still recommend going to Mitte to see a few different types of graffiti like stencils (made out of cardboard paper) for example. 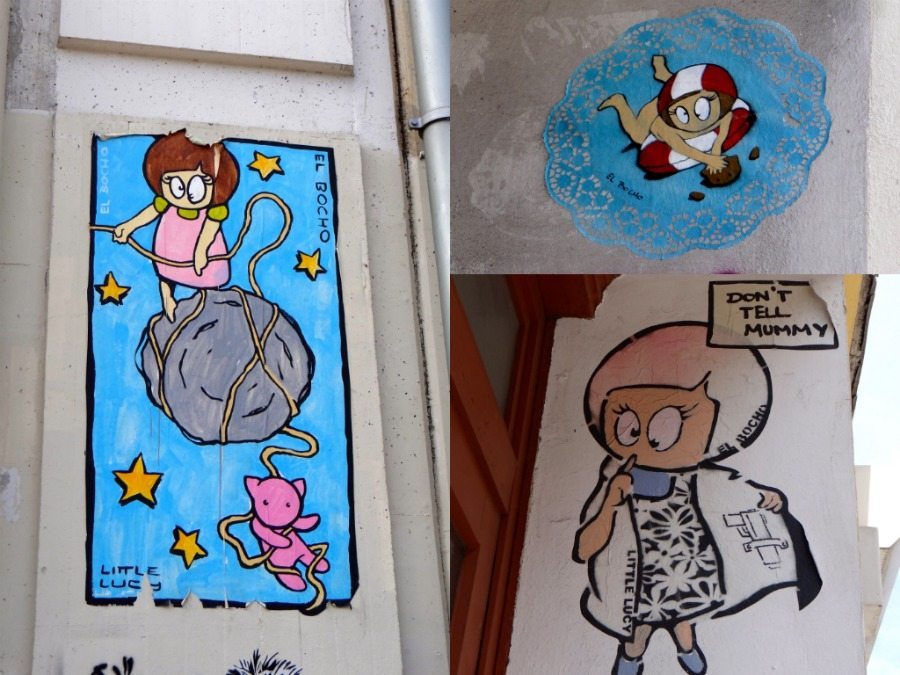 If you’re hoping to hit up a few different markets, remember that many of them take place on the weekends. The Mauer Park flea market is one of my favorites but plan your visit around your particular interest. Arrive early in the morning to beat the crowed or swing by in the late afternoon/early evening for a massive outdoor karaoke party. The Kreuzberg market is another popular weekend pastime where you can shop for second-hand clothes, flowers and even stop for a beer in the garden next door. If you’re visiting during the week, consider heading to the Turkish Market, held on Tuesdays and Fridays. From textures to fresh fruit, color is all around. Finally, the Flea Market at Bode Museum on Museum Island is the go-to spot for antique books. 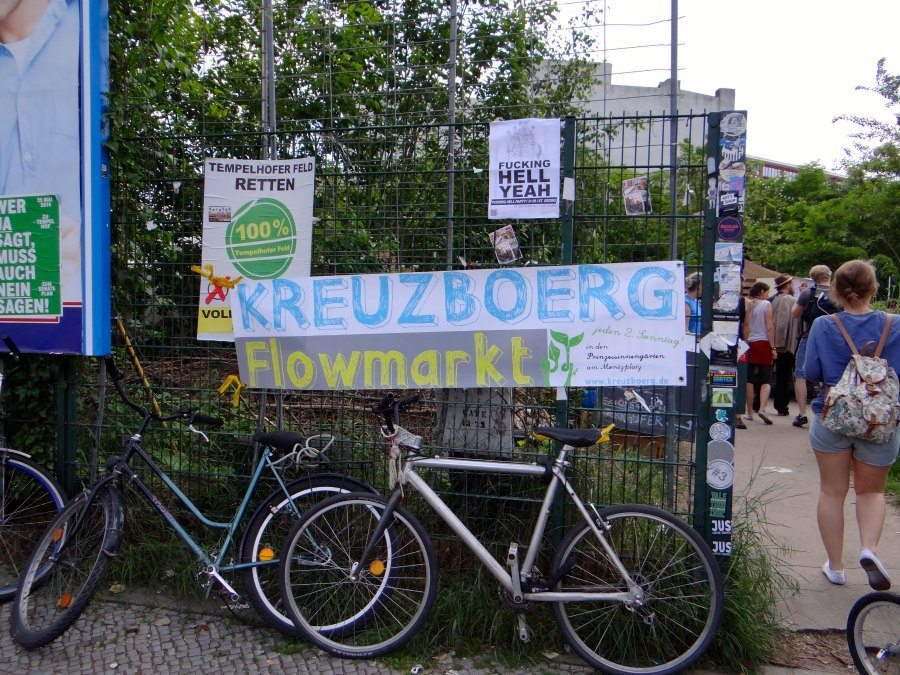 Berliners really know how to live and I’m somewhat jealous of their mastery of the whole “work/life balance.” Most people commute by bike so there will always be a place to lock your bike, and do make sure to lock it rather than testing your luck. In general though, Prenzlauer Berg and Mitte are the best spots for fashion, design and an all-around boho-chic vibe. Mitte has some of the newest and hippest bars and restaurants, making this a perfect area to stop for a light lunch or coffee. Stop by St. Oberholz to mingle with Berlin’s start-up crowd or indulge in a four-course dinner at Der Hahn Ist Tot! for 19 Euro. To really get to the heart of Berlin’s lifestyle, splurge on a tour with Henrik of Berlingaten. I’ve toured with him twice now and he eat, sleeps and breathes Berlin. 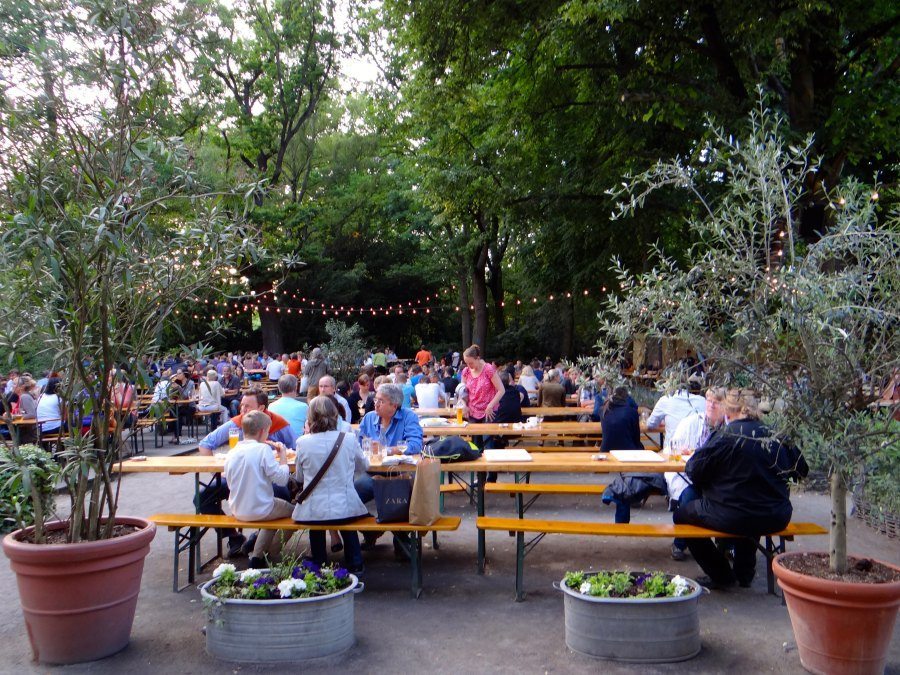 This trip was hosted by Visit Berlin. All opinions are my own. I stayed at 25hours Hotel Berlin during my stay and toured many of these spots with Berlin on Bike. I reached Berlin from Hamburg via Rail Europe‘s German Rail Pass.